What triggers the mule deer rut? 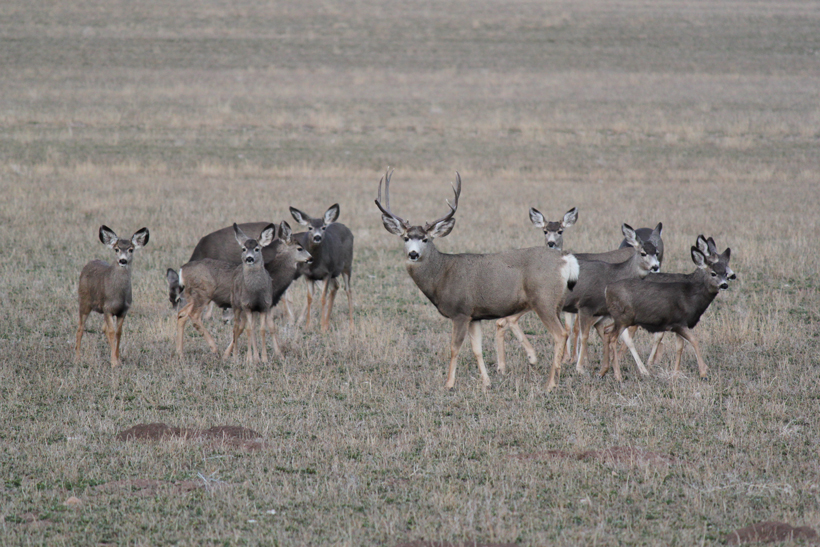 A few years ago my father was lucky enough to draw a late season (November) Limited Entry Elk tag here in our home state of Utah. We hunted hard, and we saw some impressive bulls, but one of the most memorable scenes imprinted on ours minds from that hunt was a giant, heavy-antlered mule deer buck nosing several does around a high mountain windswept slope.

For over an hour, we completely forgot about elk hunting and focused our spotting scopes solely on the rutting muley. Is there anything more captivating than watching a rutting mature mule deer buck, with his head laid back, curled lip and swollen neck? For a lot of us, the answer is unequivocally no, there is nothing like it. Those opportunities are coming up in just a few weeks.

Understanding the timing and triggers of the rut requires a bit of knowledge about mule deer life history. Everything that precedes the rut has a purpose: foraging, antler growth, stripping velvet, racking, fighting. Throughout the year, every activity and every behavior blends together to culminate into what is generally considered “the rut.” 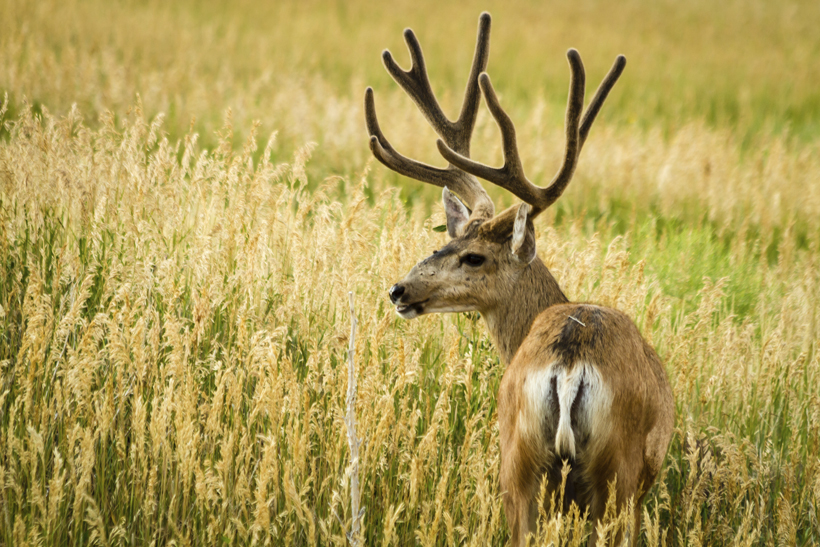 During the early spring and summer growing season, a mule deer’s main focus is to put on enough body weight to reproduce in the fall and to survive the winter. The only difference for does and bucks is that does must produce milk for fawns and bucks must grow antlers, but the growing season for all deer is pretty much the same: eat, sleep, repeat — all in preparation for the rut.

By early fall, changes in photoperiod begins to cause a fluctuation in mule deer hormones. What is photoperiod? For all intents and purposes, photoperiod can be defined as the amount of daylight a mule deer is exposed to in a 24-hour period. Photoperiod is the driving force in rut timing and behavior — but how so? 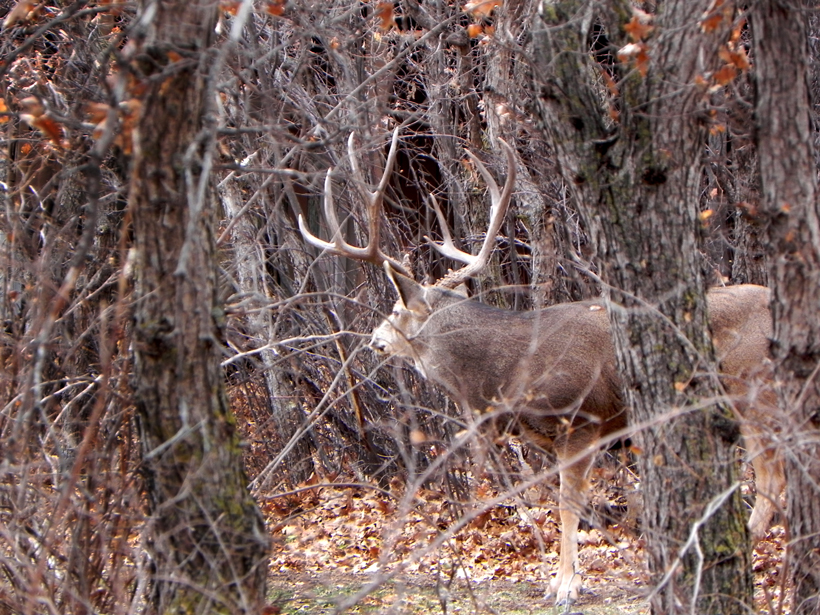 Mother Nature’s way of triggering breeding season is a decreasing photoperiod. The rut is timed in order to maximize the potential of fawns to be born successfully and survive. A doe’s gestational period is approximately 200 days. Therefore, it is critical that breeding occur at the ideal time to produce fawns when vegetation is at its peak nutritional value in the spring.

In mule deer, the hormone melatonin is produced by the pineal gland in response to the onset of darkness. When it reaches a certain level in the blood it induces estrus in does. Similarly in bucks, a decrease in daylight produces melatonin, which in turn increases testosterone production. Simply put, decreasing daylight causes hormonal changes in deer that triggers “the rut.”

Fluctuations in hormones begin to express themselves outwardly in behavioral changes. Bucks will begin to rub and rake their antlers in shrubs and trees to strip the velvet and strengthen their neck and shoulders in preparation for the rut. Also, rubbing essentially serves as a calling card for a buck, as glands leave scent behind that a passing doe can recognize. 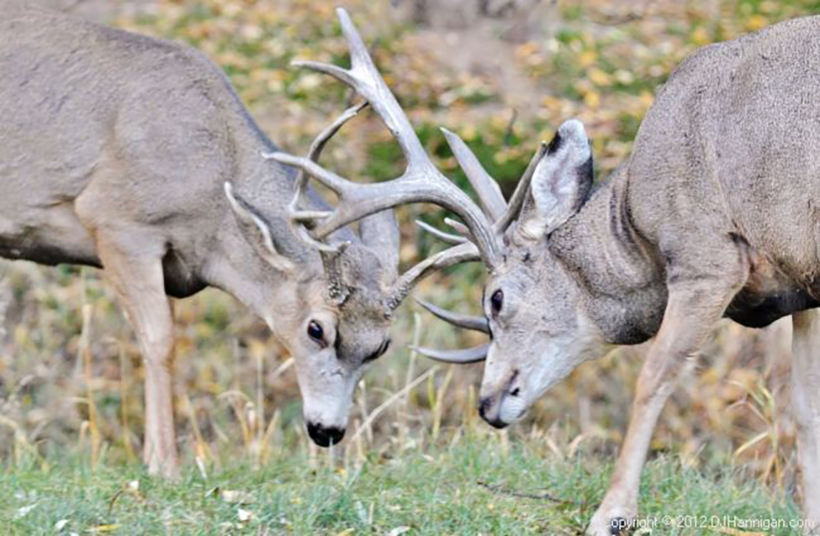 They may be observed sparring and fighting with other bucks to establish dominance, and their necks will swell. Finally, to find suitable breeding partners, both does and bucks are likely to increase home range travel. 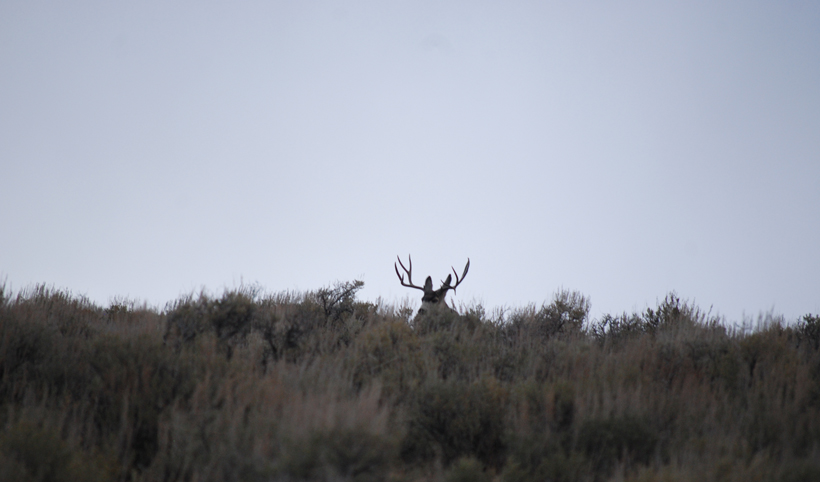 By mid-to-late November across much of the West, does are coming into estrus, and bucks testosterone levels peak. Prior to and during estrus, mule deer does produce pheromones. Lip curling allows a buck to determine if a doe is entering estrus. The buck traps scent from a doe's urine in its nose and mouth, and then lip-curls. This allows the buck's scent-analyzing device in the roof of its mouth to pinpoint the doe's status. 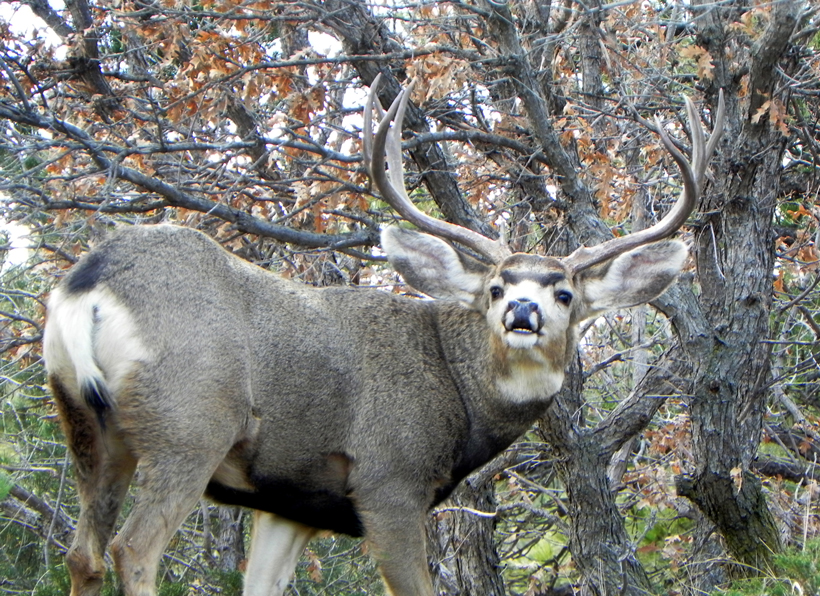 The smell of a doe in estrus can capture a buck’s attention; so much so, that it seemingly produces those love-struck dumbed down bucks that are synonymous with rutting mule deer. The drive to reproduce is such a powerful instinct that it seems to override the instinct for survival. A buck may trail a doe in estrus for up to 72 hours, only moving when she moves. Like males of most species, a mule deer buck with high testosterone level can be observed strutting around, with a one-track mind, and ready to fight in order to show his dominance. Reproduction is a powerful instinct.

A mule deer doe will come into estrus and will remain in heat for approximately 24 hours, during which she will accept breeding. If a doe is not bred, she will typically cycle back into heat in approximately 21-30 days. 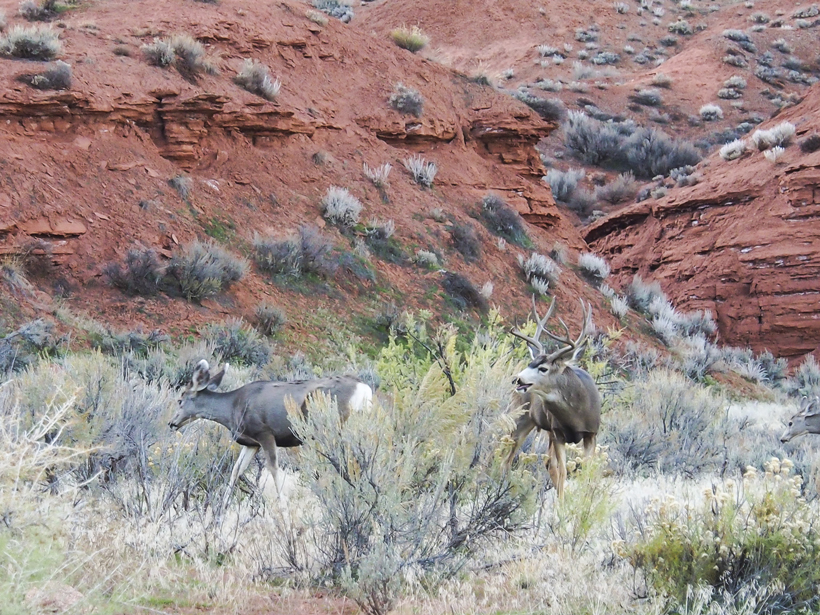 If a doe is successfully bred and becomes pregnant, additional changes in hormonal levels prevent her from coming into estrus again. Every individual is different, and does will come into estrus at slightly different times, but generally does will cycle and be bred within about a two-week window.

As previously stated, across much of the West the rut occurs in mid-to-late November and early December. As an interesting side note here, the farther south you travel, the later the rut occurs. This is based on the fact that more southern populations are less likely to face extreme weather and therefore timing of fawn birth is less critical. In southern Arizona and Mexico, the rut may be more spread out and occur in late December and January.

Do other factors trigger the rut?

Finally, we have all heard that a cold weather snap, moon phase or other factors can trigger the rut. So are there other factors beyond photoperiod? The answer to that question is yes and no. Yes, cold weather may increase rutting activity, but the timing of the rut is not impacted itself. Similarly, moon phase may cause an increase in activity but does not dictate the timing of the rut. 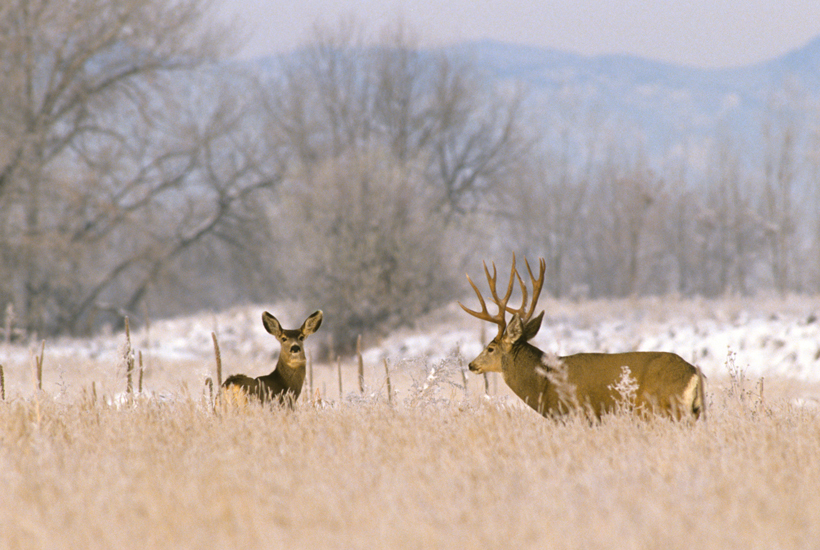 Evolution would suggest that fawns are born within a very specific timeframe in order to give them the maximum advantage to survive and persist. For that to happen, the trigger has to be consistent year to year. Mother Nature’s trigger is always photoperiod.

With November fast approaching, I hope you all have an opportunity to get out and witness the mule deer rut. It is likely the best chance we all have to get a good look at the one that got away.