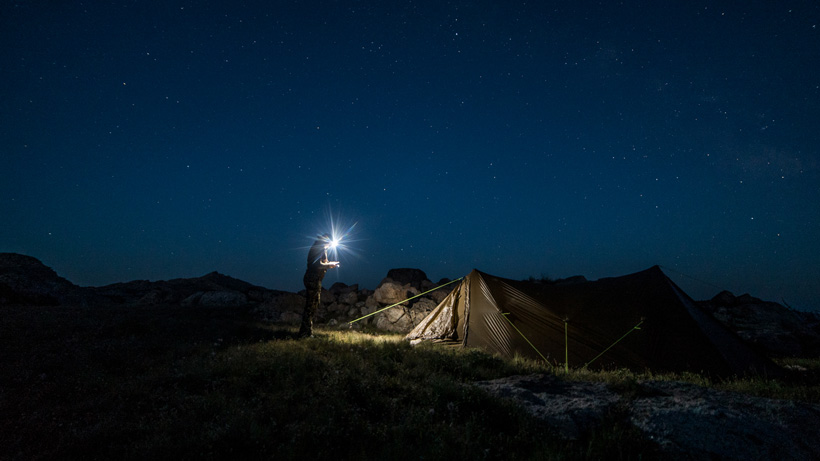 “I want to hunt a trophy mule deer, but I don’t have enough points.” I think this is an all too familiar thought and phrase for hunters interested in targeting a trophy mule deer in the West. It’s easy to get hung up on the romantic units known for giant mule deer like Region G in Wyoming or the Gunnison Basin (Units 54, 55, 551, 66, 67) in Colorado, but those units take on average about 10 points to draw. Back in 2013, big velvet mule deer in high alpine basins filled my thoughts. While I’m from the Midwest, I had hunted mule deer before, but I wanted the true adventure mountain backpack hunting experience to go along with the chase. I read through books, magazines, and forums in order to gather as much information as I could to start planning my big hunt.

After tracking draw odds and realizing I wouldn’t be able to hunt the premiere units for another ten years, I started looking at lesser known units with good draw odds in the states closest to home. After selecting a unit with 150” trophy potential, based on maps and Google Earth and INSIDER research, I took my first ever summer scouting trip above the tree line in search of bucks. In those first few days, I found a number of bucks over 165” and was convinced that I would find a special deer in this unit. I was hooked. I drew a tag every year for four years and on September 14, 2017, I finally fulfilled my dream and killed a trophy buck scoring 188” in a 150” trophy potential unit.

With the do-it-yourself (DIY) hunter in mind, here are my thoughts on selecting an area and harvesting a trophy mule deer in an average unit.

By this, I don’t mean selecting a specific unit as much as selecting the general area. I live in a state that holds one of the best 180” to 190”+ trophy mule deer areas in the country, but that area is over six hours away. With my work schedule, I didn’t feel I would be able to effectively put the time into scouting or even hunting from that distance so I chose an area within two hours of home. Right away, I gained an advantage being able to scout almost every weekend and hunt whenever I had time during the season. This applies to anyone making longer than necessary drives into the states they want to hunt. Instead of driving hours through mule deer country to a unit that may be a little better, choose a unit that is closer so you can be there quicker and have more time to scout and also hunt. 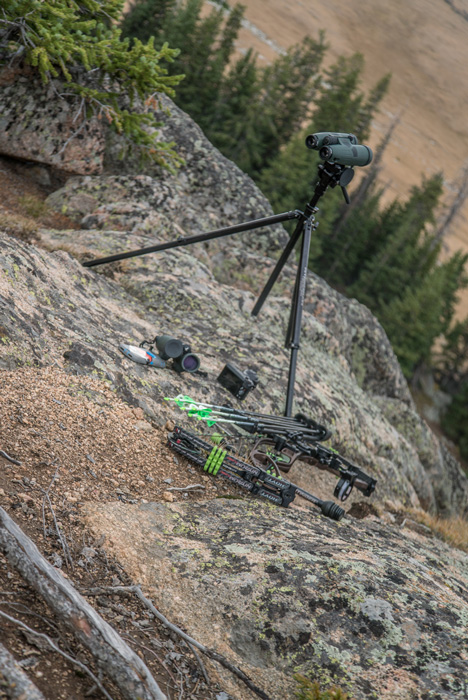 One major contribution to my success was summer scouting. In units where trophy densities are low, scouting is going to extremely improve your odds of finding a big buck and going home successful. My friend, Robby Denning, uses a quote that is extremely true and has always stuck with me: “Scout hard, hunt easy.” Bucks are in their most vulnerable state when they are in predictable summer patterns. You’ll find them most often above the timberline where there is nutritious feed. They’ll be visible and easy to pick out with your optics with their red-tinted summer coats and growing antlers. Since bucks are most visible during the summer, this will be the best time to cover a ton of country and look through a lot of deer before finding the one you deem a trophy. If you want to dive further in how to finding quality deer habitat, you can check out a great scouting article by Robby Denning here. 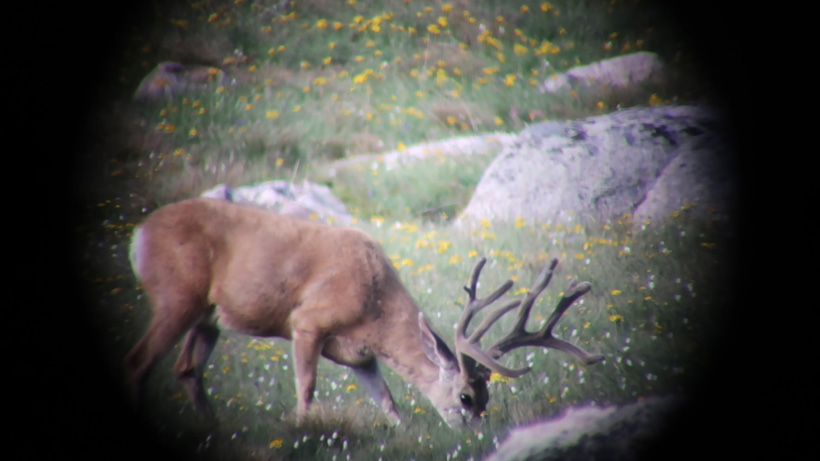 For the most part, bucks will be pretty set in their patterns by mid to late July. I usually start scouting the high country in mid-June. While I usually see a lot of bucks, it seems like a lot of them are just moving through and don’t consider that area home. I found one very big deer in June, but he moved out of the area after one weekend and I was never able to locate him again. If I only had limited scouting trips until hunting season, I would focus them more towards the middle of July.

They are where they are, not where you want them to be.

I had trouble with this for a couple of years. I think we all have a somewhat romantic vision of where these big bucks are going to be: big, high green alpine basins with cliff bands all around and a 185” buck under every tree. At least, that’s what comes to my mind, but unfortunately, it’s not the reality most of the time. When you climb into one of those basins that looks perfect and in two full days of glassing you don’t see a deer, your hopes pretty much tank. 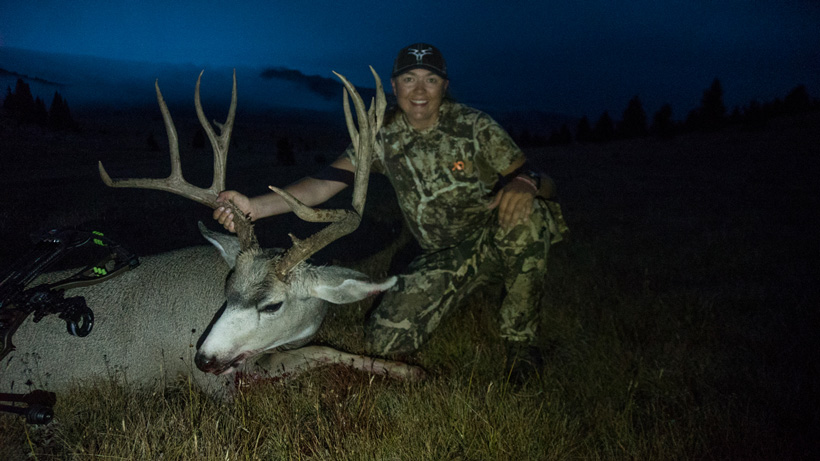 This year, while hiking about 4.5 miles into one of said basins, I hiked through a lot of deer sign and even saw some smaller bucks bedded under some cliffs a little over a mile in. After climbing out of the drainage into a nice basin, I had a morning without seeing a single deer and decided to run back down the ridge and glass toward where I had seen the deer on my way in. That evening, I found good bucks: two being definite shooters over 180”; one of which I shot in 2017. Once you have entered into a specific area and not found any deer, look lower, higher, further, closer and in places where you wouldn’t envision a deer to be because, in my experience, that is where the biggest deer always is. 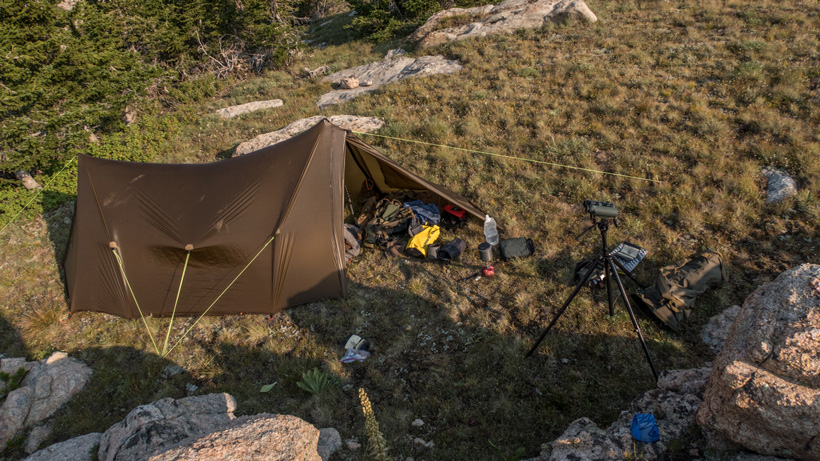 Once you’ve found that trophy buck, study him. More than likely, that buck is going to call that immediate area home and he’ll have a pattern developed that you can learn a lot from: where he likes to bed, feed, different travel corridors, routes to water and, hopefully, an escape route. Getting as good of an idea as you can about the buck and his habits will help you immensely once the season starts and you have a bow in hand. 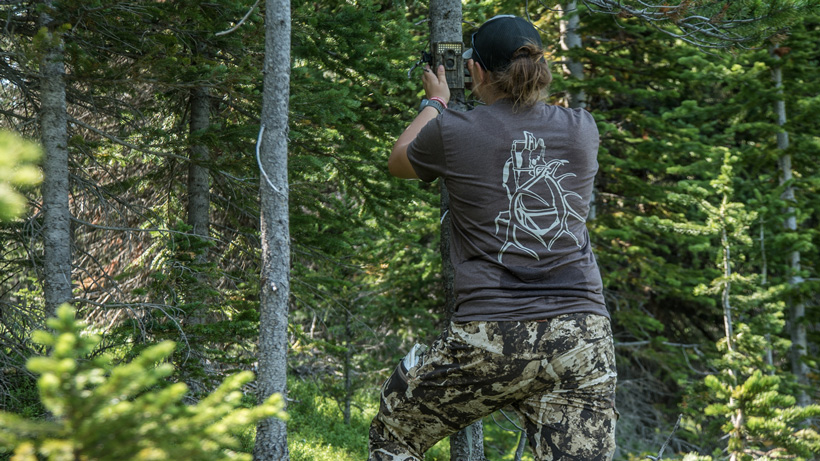 Trail cameras set on a travel route could also be a huge help if permitted in your area. From listening to some great mule deer hunters and some of my own experiences, those big deer are not going to move far from where you have seen them in their summer patterns.

Opening morning in 2016, the group of bucks I’d watched all summer popped over the mountain and dropped into the little basin I’d seen them in all summer; it was a textbook scenario. Fast forward to 2017 and the story wasn’t quite the same, but one that I learned a lot from. I had watched that buck for the whole month of July and headed back up for a scouting weekend the first week in August; I couldn’t find him. I talked to a couple of good mule deer hunters and they assured me that he wasn’t going to be far, but I just had the “what ifs” running through my head. On September 14, I had a bow in hand while I sat on a glassing point I’d sat on dozens of times looking over the same country he had been in. I moved down the ridge about 100 yards to change up perspectives when a big grey body caught my eye. Sure enough, there he was.

I don’t believe that deer moved at all from August until then; he was just an old mature lone deer that was weary and smart. So if and when that happens, stick it out in the area that you know he has been in and be patient. Stay low key, move around and persistently use your glass to pick apart the area. It’s extremely easy to think, “Oh, maybe he moved over that mountain” or “Oh, he could have moved around this corner,” but more than likely he’s still there. By second-guessing yourself and moving areas you’ll really be looking for a needle in a haystack. 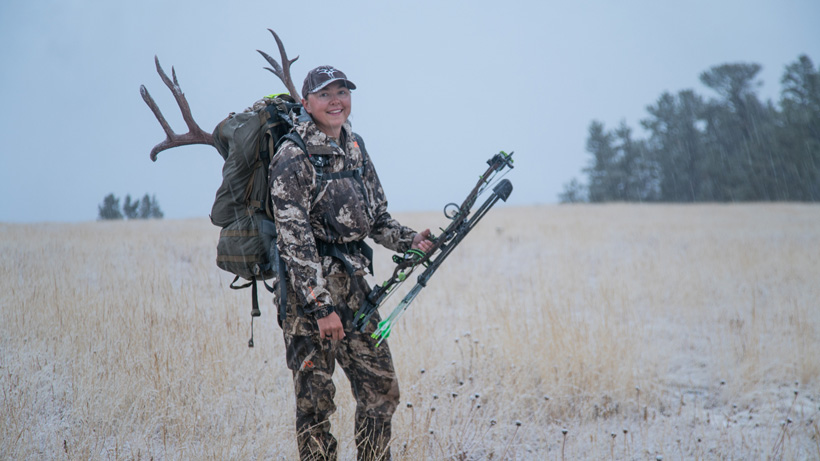 When considering hunting the West for big mule deer, think outside of the box. I really believe every unit holds some trophy quality bucks of around 175”+, but they are just going to be more difficult to locate. By putting in the legwork and embracing the adventure, you may find the next hidden gem—and you may have him to yourself!