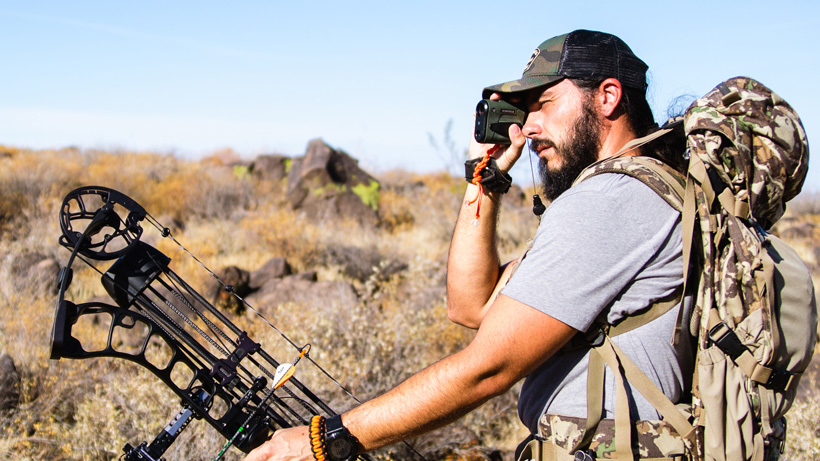 As a kid, I remember wondering what it would be like to own a rangefinder. Now, I don’t know what I’d do without one. Walking into an archery hunt without a rangefinder is almost unheard of these days. Rangefinders are such a great tool and can often mean the difference between success or not. They can be used not only for ranging animals, but also for planning stalks. Knowing that an animal is at 340 yards and the rock in front of them is at 300 is valuable information for the spot and stalk bowhunter. The rangefinders of today are, without question, pretty amazing. The two main types of rangefinders that we’ve got at our fingertips are the traditional handheld rangefinder and the rangefinding binocular. Both are great options, but each of them come with their own pros and cons. So, that brings up a question, right? Which one is a better choice for bowhunting? 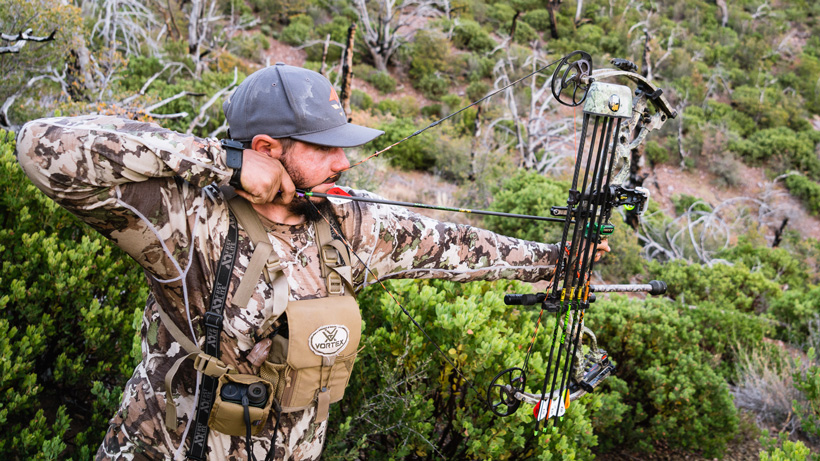 Let’s start this discussion off with the tried and true. These little handheld rangefinders, or CRFs (compact rangefinders), are what most folks pack around the bowhunting woods. They’re compact, affordable and very easy to use. When it comes to being in archery range of an animal, these are great as they let the hunter make very minimal movement and noise when having to grab and range. Most of them are 6x power optic. That is a fantastic number for close range and gives a nice wide field-of-view. This is key when it comes to target acquisition. Imagine being in close on a critter and not being able to find them in your rangefinder to get an accurate reading. Talk about a bad day. Most folks are able to get their hands on these as well due to the price. A hunter can get a solid rangefinder for $200 to $300.

There are also some downsides to these little buggers. Because of their size, I’ve heard more than a few stories of them being lost in the field. My best advice for this is to make sure to get a tether and attach it to your bino harness. Another downfall, comparing these to the RF binos (rangefinding binos), is having to carry a completely separate unit just for ranging. This might be something to think about for the weight-conscious hunter or someone just looking to simplify their system. Something else to note is the affordability is not all peaches and cream. Some of the cheaper models that are below the $200 mark are known for giving inconsistent readings and having poor image quality. That isn’t something you’ll find in the higher end cousin being the RF binocular. 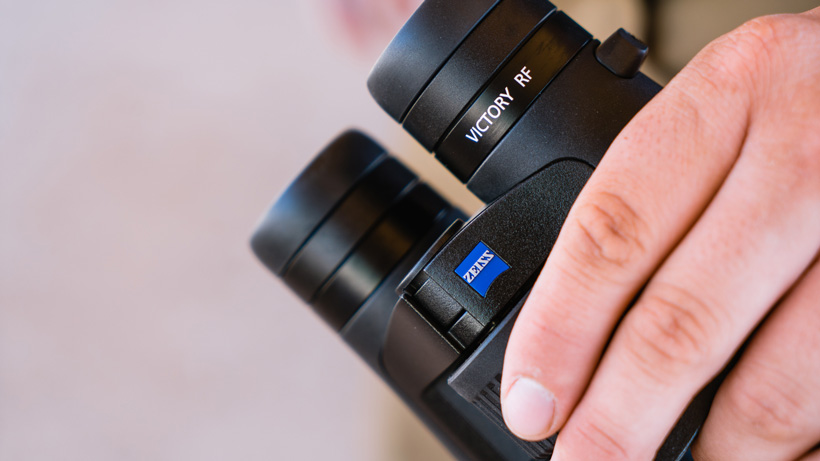 Just the thought of RF binos was something of a fantasy for me years ago. What was once pretty far-fetched is now something that is readily available to us bowhunters. These things are slick, come with a ton of features and dial ranges like they’re going out of style. I had a chance to mess around with some of these earlier this year and couldn’t believe the amount of data that some of them gather. Barometric pressure, atmospheric pressure, and so on. They take all of your ballistics into play to calculate the range you need to aim for. While that is all the more specific to rifle hunting, you can’t deny how cool that is.

Back to bowhunting! Many hunters prefer having just this one device to do it all instead of carrying a separate rangefinder. This makes things simple once in bow range. The extra power zoom — usually 10x — will let you really pinpoint where they are bouncing that laser off of for an accurate reading. That’s the other thing. These are wicked fast when calculating ranges. It doesn’t matter if it’s 900 yards away. Blink of an eye and it’s done. 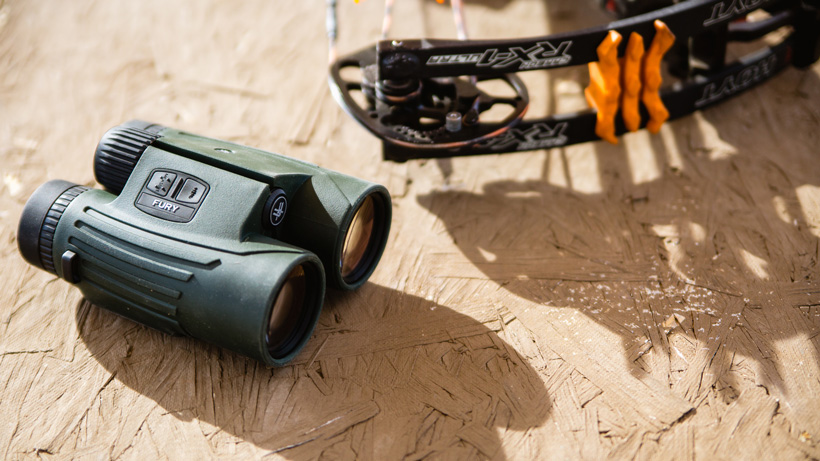 So, we drifted a bit into rifle hunting there, right? That to me is a slight downfall of these RF binos. In my opinion, they are more geared towards the rifle hunter, than the bowhunter. That’s not to say you can’t use them for archery in the least bit. It was just something that stuck out to me. Something else was their size. Because of how big they can be, they aren’t nearly as easy to maneuver around like their small CRF cousins. I could see them being clunky at times. Once you’re in the red zone, there is yet another thing to consider. Even though the extra zoom can really let you hone in on something to grab a range, it can also be a hindrance when in archery range. You aren’t going to get that nice wide field-of-view like you would get from the CRF version. That is a potential problem with target acquisition in close. Lastly, these fancy RF binoculars aren’t cheap and will set you back anywhere from $1,000 to $3,500. 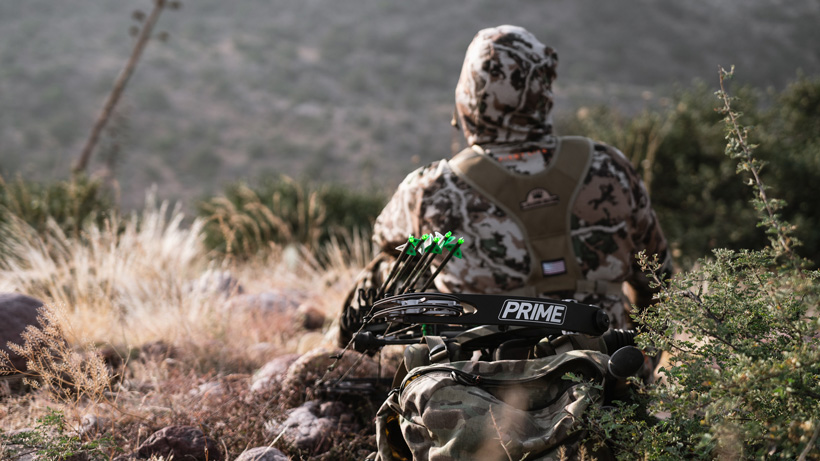 I’ve heard both sides of the story here when it comes to which of these rangefinders are better for bowhunting. Some, like myself, prefer the smaller handheld versions, while others really enjoy having one do-it-all optic. Neither of us are right, but we each know what is right for us personally. Get out there and try some of this stuff out and see what you fancy. I think that is one of the coolest things about bowhunting and, really, hunting in general. We can mold our gear to our style and focus on what’s best for us — not our buddy. Reflecting back on the days when I was wondering what it would be like to own a rangefinder makes me really understand how lucky we are today. Fast forward and I’m sitting here chatting with you about whether to use RF binos or handheld CRF models for bowhunting. Pretty cool, I’ve got to say.