The do it all boot — Salewa Rapace 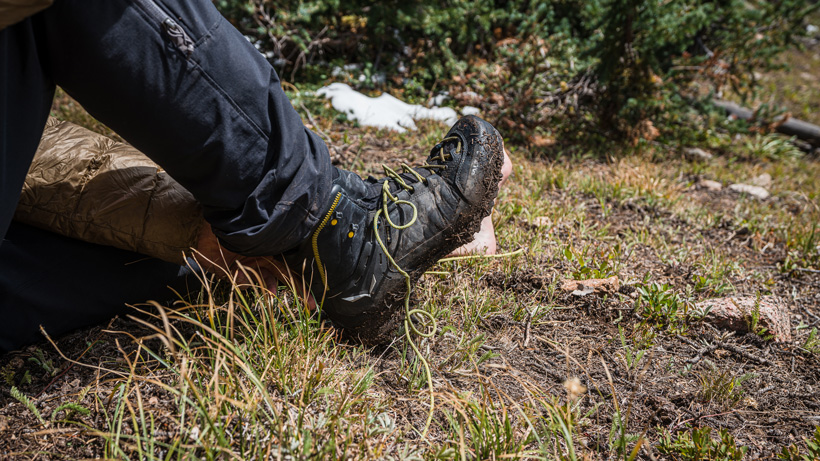 Before working at GOHUNT, much of my gear was acquired through Facebook Marketplace, hand-me-downs, Black Friday sales, and birthday gifts. To this day, I still like to say I look like a hunter's yard sale when I take to the field. Two years ago, when I moved to Vegas, I was a novice in many gear categories. I knew enough to know that I still had a lot to learn.

Within my first week here, GOHUNT's Buyer & Gear Expert, Jared Pierce, sat me down and asked, “Have you tried on the Salewa Rapace?” I knew Salewa was a footwear brand we carried, but at that point, I had never seen a pair, let alone worn one. He told me that I was about to buy a new pair of boots. I looked at him in utter disbelief, and before I could say anything, he was rushing off to the warehouse to grab a pair in 11.5. Having been down on hard times due to the pandemic and having just moved to a brand new city, my accounts were not in any position to be even thinking about buying boots. 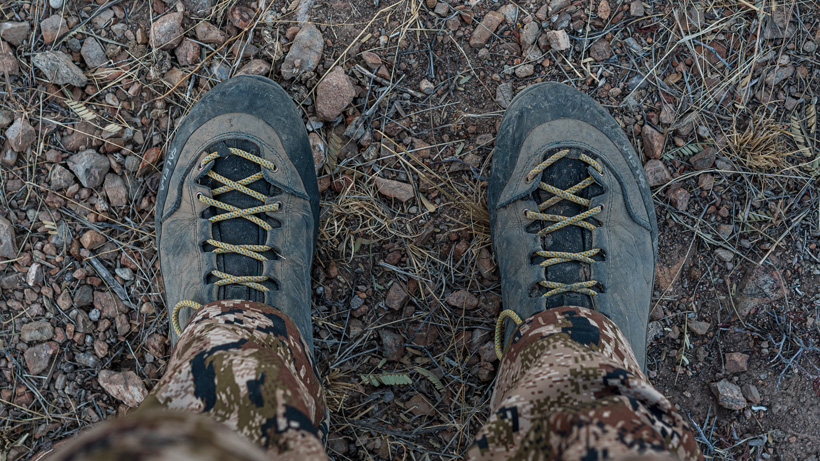 However, I have owned and used the same pair of Salewa Rapace GTX boots for the last two years — with a few other boots making guest appearances — and could not recommend them more as a go-anywhere, do-anything boot for the western hunter. The only situation I really would not recommend would be extremely cold. This is an uninsulated boot with a mostly nubuck leather exterior, a full rubber rand, GORE-TEX liner, next-level ankle support, and a lacing system that is designed with heavy packs in mind.

Shortly after adding these boots to my collection, I took them on an archery antelope hunt in Northern Nevada. The temperature ranged anywhere from the high 70s to the low triple digits. I was initially concerned about taking black-colored boots on an August hunt in the desert. Pairing these boots with my favorite sock, the Farm to Feet Damascus Lightweight ¾ Technical Sock, saved my feet from overheating each day. Although not much hiking was done on this hunt, the boots held their own in the heat and proved their importance for future hunts.

Over a year later, in November of 2021, I would take the Rapace on a second season hunt in Colorado. The boots, now with well over 400 miles on them, had begun to show signs of use on the tread. The only downfall to the Rapace is the aggressive tread that gives it great traction across many landscapes but does break down quickly on desert rocks. Having used them as my training boot in the mountains surrounding Vegas, some noticeable chunks were missing. Despite the normal wear and tear, the boots performed beyond my wildest expectations. Paired with the Farm to Feet Damascus Medium Weight Technical Socks and a pair of Outdoor Research Men's Crocodile Gaiters, the Rapace kept my feet warm and dry through the rain, snow and mud.

About a month later, on a spike elk hunt in southeastern Nevada, I would wear the same Rapace from two years prior. The wilderness area did not present the most technical terrain, at least in the areas where we were hunting. Temperatures in the early morning and late evenings did begin to stress the limits of the boot and I almost made the switch to the insulated Hanwag I brought with me. Luckily, we would tag out just before the first major snowstorm of the season. The night we killed, the cloud cover came in and treated us to a pitch-black hail storm that I can without a doubt say was the worst pack out of my life. Despite the conditions, the boots held their own and I never was in doubt of my ankles rolling, not having enough boot to climb a grade or loss of traction on wet rocks. 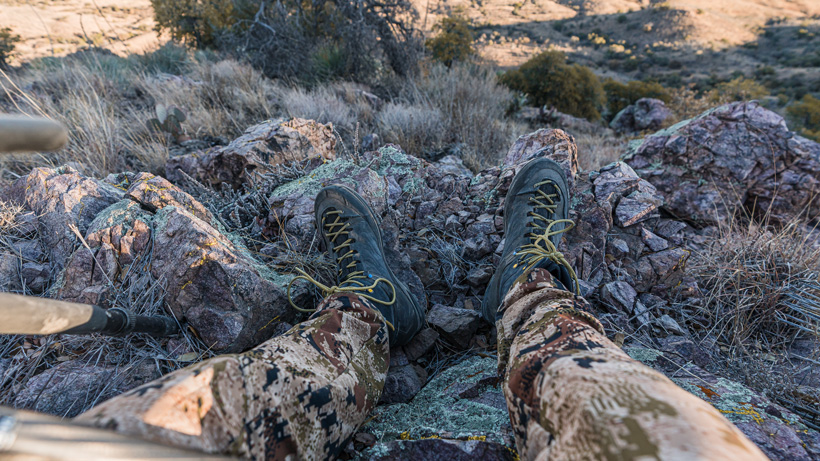 Over the last two years, I have used the Rapace on a half dozen hunts, put hundreds of miles onto them and can say that I got more than my money's worth out of them. Although there are better, more specialized boots for early-season archery antelope and for late-season elk hunts, I do not believe there is a better all-around boot for the western hunter. Going into this season, I know I have at least one boot I can count on every time and that peace of mind for me is priceless. If you have any questions on these boots or any items in the footwear line-up, please feel free to reach out to our gear experts at (702) 847-8747 or shoot us an email at reachus@gohunt.com.