Dang this year sure has flown by quick! Don't ask me how, but we’ve already blown past September archery elk seasons and are well on our way to my absolute favorite time of year, late-season mule deer. Bring on the big snow storms and late-season nastiness. Crazy low temps and a hefty pile of snow has always been a winning recipe when out chasing big muley bucks during the late-season.

I remember a trip years ago while hunting out in the badlands country, the temperatures went from mid-50’s to minus temps all in the span of 24 hours. A storm ripped through unleashing a couple feet of fresh snow and we saw temps of 25 below zero not long after. Our first hunt area wasn’t producing so we moved on. En route to spot number 2, the axle on my trailer went sideways and snapped. We were in the middle of nowhere and the weather was only getting worse. Fortunately, we were able to deal with the problem and continue on with our hunt. That particular hunt saw just about everything go wrong. We had the firing pin on a rifle freeze up, trucks not wanting to start and snow drifts that had us puckered every time the truck got stuck. All four tires chained up and we were still putting those shovels to work. Intensely cold temperatures are just flat out hard on equipment and can put you in a dangerous position quickly if not prepared. The conditions were nasty on that hunt but because of the conditions, we also found ourselves swimming in deer as we tagged out on some big ole crusty muley bucks that year. The bucks were rutting hard and we never saw another hunter out braving the weather.

I can’t tell you how many times I’ve been on a backcountry hunt and a big wind storm rushes in. The trail back to the trailhead now has blowdowns everywhere but even worse, there are now trees down blocking the one road out. I’ve got my truck high centered, had to dig myself out of snowdrifts, had vehicles not start and been stuck in areas of Montana where gumbo-like mud is only drivable if the mud either dries out or freezes solid. It can be a waiting game. You just never know what Mother Nature might throw at you so it’s absolutely crucial to be prepared for the worst.

Over the years, I’ve found carrying a handful of items in the truck can really come in handy, especially during the late season months when snow, mud and wind can quickly throw a wrench in your plans. A well-thought-out essential kit might just be what saves your bacon and keeps you hunting and ,even more importantly, gets you home safe after a late season hunt.

I’m going to state the obvious here but there are few no-brainer things to do prior to this oh so unpredictable time of year. Make sure you’re equipped with some good All-Terrain tires. This is not the time of year to be driving into the mountains on old worn out tires with little to no tread left. Also, another obvious is make sure and double check your spare isn't flat and make sure you have the proper equipment to change a tire. It seems obvious but every year I hear the ole "whoops I forgot to put the jack or lug wrench back in the truck" excuse.

Above is a quick video going through the late-season essentials I carry in my truck that I’ve found to be helpful during the unpredictable and potentially very dangerous late season adventures I love so much. 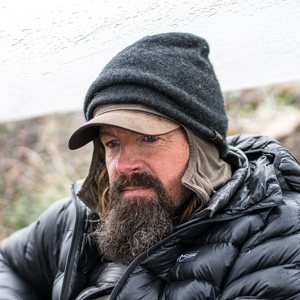