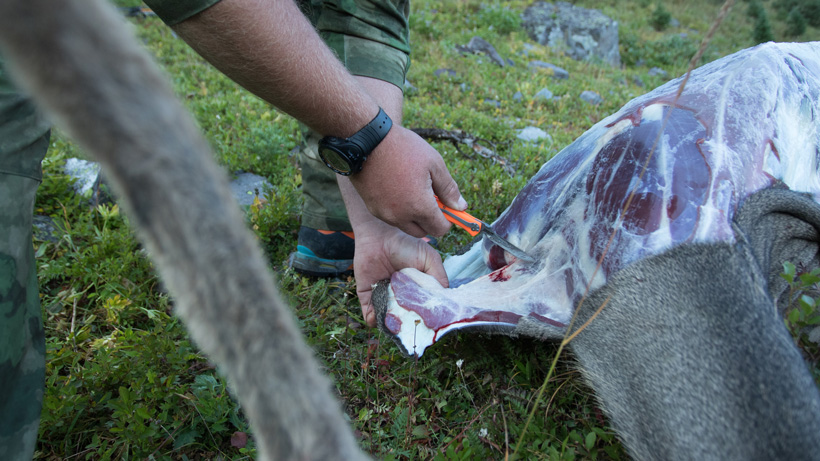 Fixed blade or expandable blade knife? Which style is right for you? Photo credit: Lorenzo Sartini

When I was knee high to a grasshopper, my dad gave me my first pocket knife. It was a little knife made by Old Timer. I cherished that thing as a child and still do to this day. That was my first pocket knife. Years after that, I got my first "big boy" knife. It was another Old Timer, but, this time, it was a fixed blade skinning knife with a slick leather sheath. I remember feeling like it was a symbol of me becoming a young man. Maybe some of you have similar memories. Fast forward to today and I can say I have been through more than a few knives over the years. With hunting and my endless pursuit of backpack hunting, I'm always on the lookout for the best knife for the field. It seems like there are two main options these days. One is the revolutionary invention of the replaceable blade knife and the other? The tried and true fixed blade knives. Each of them has their advantages and disadvantages. It’s the battle of the knives. Who will win? 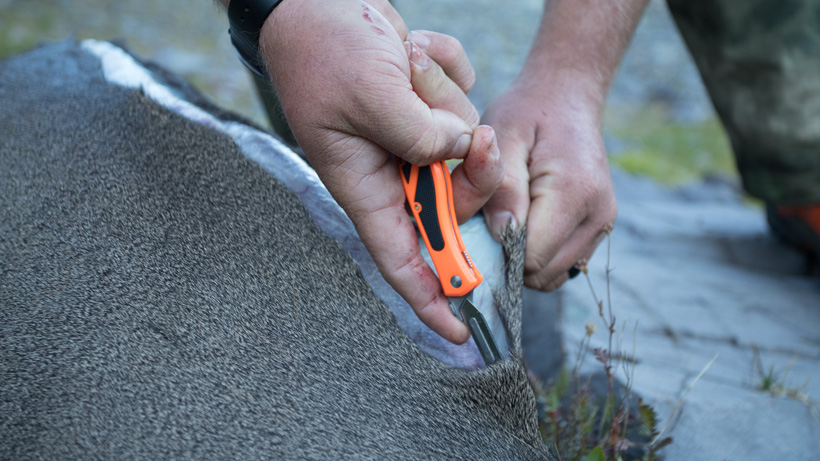 Let's start this discussion off with the newer of the two. Replaceable blade knives are definitely something to consider if you are in the market for a hunting knife. There are various companies that offer these types of knives (Havalon and Tyto) and they are all good in their own right. Why would you want one of these though? Replaceable blade knives eliminate the need to ever sharpen a knife in the field again. These are pre-sharpened blades that detach and attach to the main body of the knife. Whenever your blade gets dull, pop that blade off, and replace it with a new one. No sharpening involved and back to skinning. Pretty cool, right? These things definitely save both time and weight. Another advantage of this knife is that they are oftentimes much more lightweight than their big brother: the fixed blade knife. On top of that, they are extremely sharp—almost scary sharp in some instances. I remember skinning my first bear and literally almost cutting my thumb off with one of these. I had to wrap my thumb in a game bag and kept on truckin'! 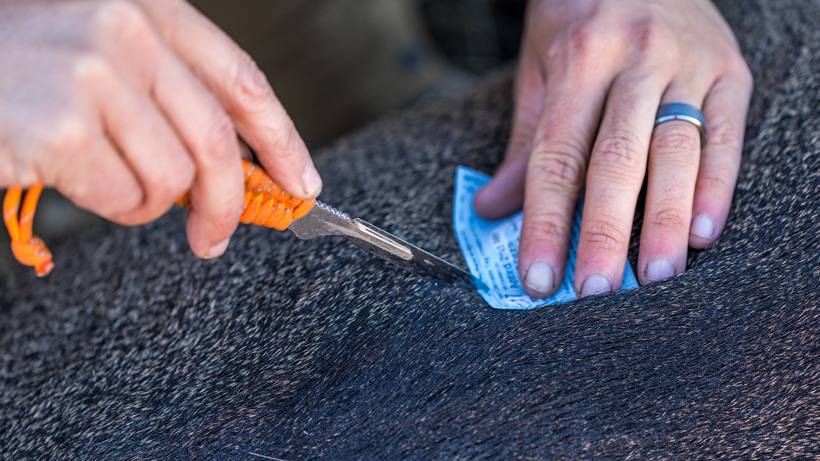 What's not to like about a replaceable blade knife?

So, what are the downsides? They are lightweight, super sharp, and you never have to sharpen them. They sound perfect, right? I will agree that they are a great tool and I have been through a few myself. However, they have some downsides. The durability of the blade is the first thing that comes to mind. Of course, durability will vary between companies, but, from what I have seen, these replaceable blades have a tendency to break. In the end, that isn't a big deal because you can throw another blade on...if you have another one to spare at the time. If you don't, you might be screwed and will have to ask your friend to borrow his/hers. Because of the durability issue, you might have an issue when it comes to working on heavy joints as you work through an animal. I found this to be slightly annoying and felt like I was sort of tiptoeing around, trying not to break the blade in the process. Another downfall is that you have to keep buying replacement blades as time goes on. The more animals you run through and blades you break, the more blades you need to buy. While the blades are relatively inexpensive, I can see how some might get sick of having to do this. The last thing is really personal and that is the sharpness. Some of these blades are surgical sharp. Because of that, you need to be incredibly careful to not cut yourself and, I can assure you, it is very easy to do so with these. 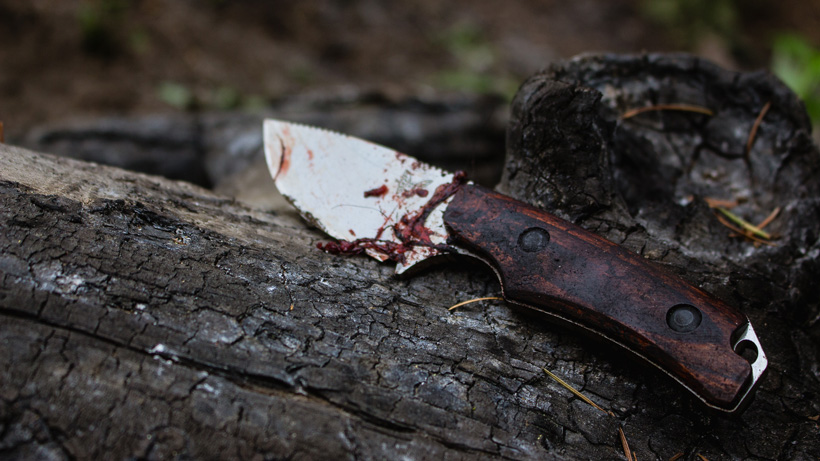 Fixed blade knives are the tried and true. This type of knife has been skinning and quartering up game since before you or I were in existence. There is something nice about a good fixed blade knife in your hand. Between the grip, how the knife feels overall and the craftsmanship behind many of these, it's hard to argue against them. In fact, I recently switched to a fixed blade knife this year and love it. I have loved not only using it, but I also really like the look of it with its slick wood handle and killer looking blade in a beautiful leather sheath. It is a knife of beauty. But how does it work compared to the replaceable blade knife? Well, I've got to say: I am impressed. The reason I went with a replaceable blade was so that I didn't have to worry about sharpening the knife in the field and the weight. With this knife, I ran through a whole black bear and never had to sharpen it once. This will probably vary between knives, but this one worked fantastically. I also really enjoyed having the peace of mind when running through the joints and not worrying about the blade breaking. As for the weight? This particular knife actually weighs less than the replaceable model I was using. Also, it felt more like I was using a tool, rather than a gadget.

What's not to like about a fixed blade knife? 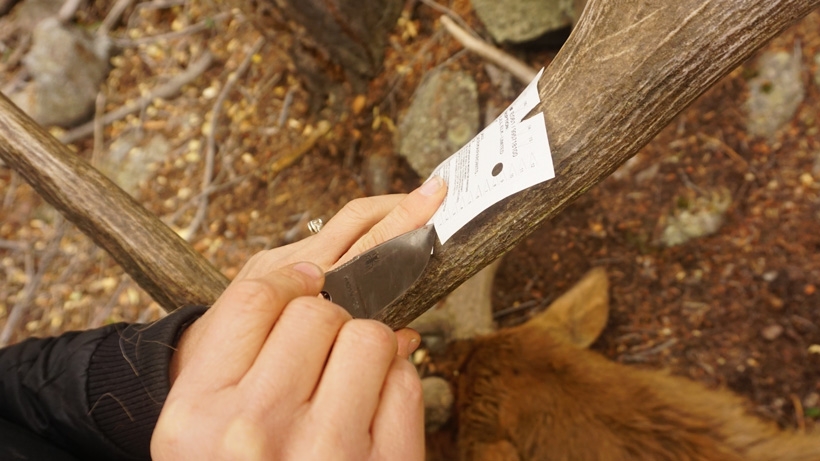 After all of those positives, surely there are no negatives. I mean, if it ain't broke, don't fix it, right? Well, as good as the fixed blade sounds, they still have a few downsides. The first is pretty obvious: having to sharpen the knife. I did say that I didn't have to sharpen the one I was using, but that was that particular knife. With other knives and different steels, it is going to vary. That knife is pretty pricey, which brings me to the next downside. You are going to pay more for a good fixed blade knife; however, you are going to pay for any type of craftsmanship and I am a firm believer in the phrase "you get what you pay for." Another area of fault is going to be the weight and size of some of these. Now, this might not pertain to you, but if you are weight conscious, a fixed blade might not be for you. Like I said above, though, there are some lightweight options becoming available, but will be a bit more pricey.

Which knife style is better? 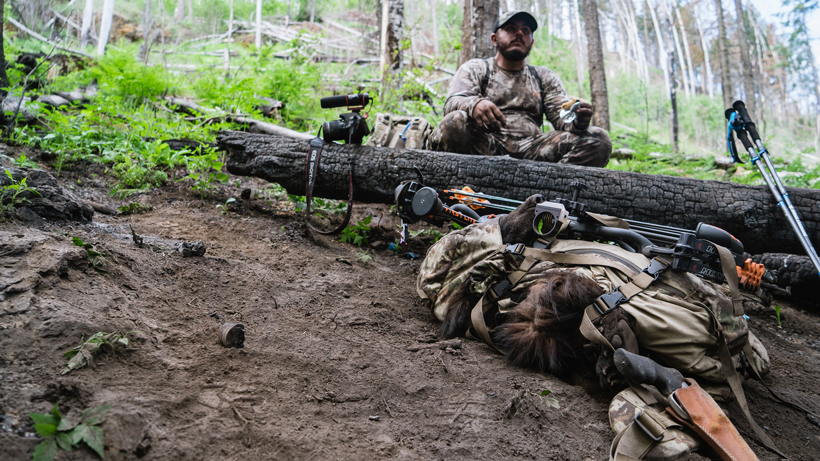 So, after all of that, which one is better? I think after reading through this that the answer is going to vary from person to person. It really depends on what you need, don't need, and are comfortable with overall. I said earlier that I ended up switching to a fixed blade knife this year. Well, one of the reasons was that I personally was a tad freaked out about how sharp some of these replaceable blades were. As an avid backpack hunter, I find myself pretty far from the road oftentimes. After a few incidents of accidentally cutting myself with these, I decided to switch. It just made me feel more comfortable. You might be different and that is totally fine. Whatever the case is, head to the store, order a few to check out and try them out for yourself. I know people that sit on both sides of the spectrum and neither option is the wrong one. In the end, I am going to call this one a draw.