Multiple benefits for using a soft-sided cooler when hunting/traveling 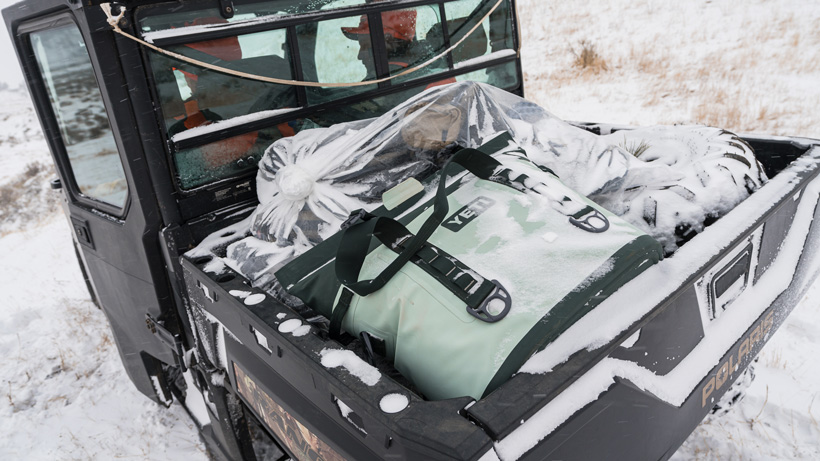 Everyone knows that coolers are essential on hunts. We need them for meat transportation from the field and they also help keep items on our hunt cold. Coolers come in many different sizes, but my absolute favorite one to bring on a hunt is a soft sided cooler. It is crazy the number of uses they have for any type of hunt.

1. The perfect “carry-on bag” when flying to a hunt 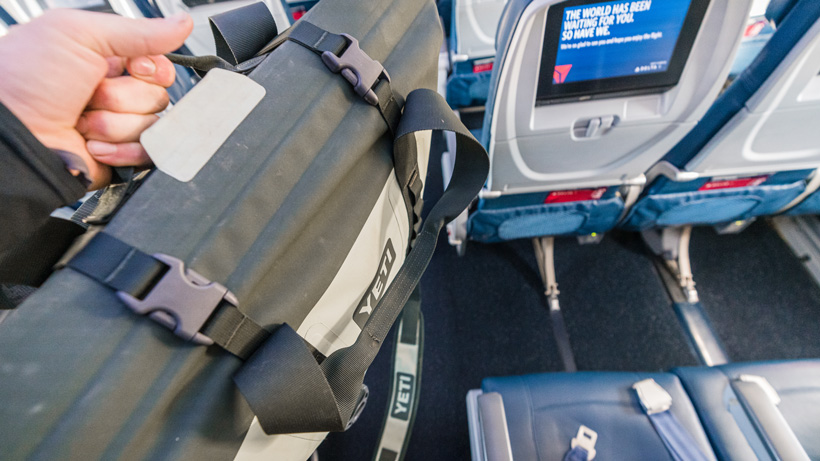 When it comes to flying, having a cooler that you can transport your meat in after you take an animal can be difficult. But it doesn’t have to be.

For several years now I have traveled with a YETI Hopper M30 when I fly for hunts and it is the perfect carry-on bag. When I travel to my hunting destination I will use the Hopper M30 to transport my optics or other random gear that I can’t live without. And because the soft-cooler is holding my expensive gear, it never leaves my side. This is highly beneficial if somehow the airline loses one of my bags that holds my other gear. So even with a lost bag, I will still have my optics and can hunt while the airline sorts out their mess and tracks my bag down. Once I land, the "carry-on cooler" then switches over to its main use... keeping things cold.

2. Transport meat home without paying for an overweight bag 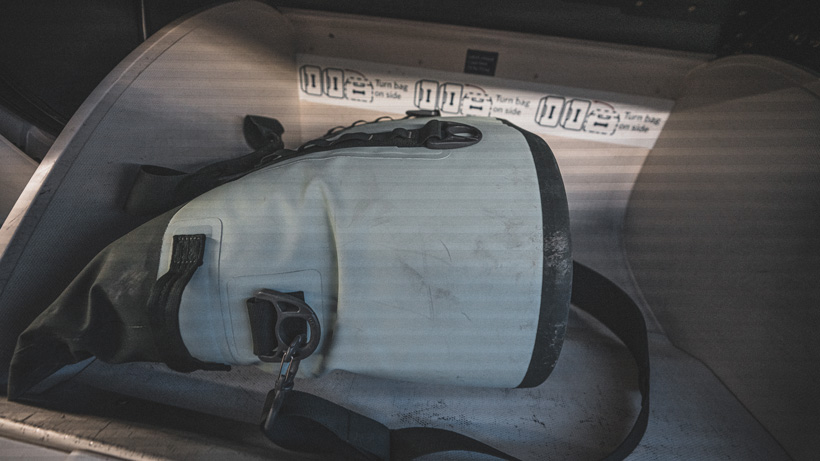 Cooler easily fits in the storage compartment in an airplane laid down or upright.

While we are on the subject of flying, the YETI Hopper M30 is a phenomenal bag for transporting meat home. Even without a zipper, I have had zero issues moving meat. The magnet closure along with the two buckles keeps things secure! I'll even use this cooler as a carry-on when traveling home with meat (that way I don't have to pay for an extra bag). The strap of the Hopper M30 tossed over my head is still very easy to lug around.

Twice while flying this past year with the soft-sided cooler as a carry-on I've been pulled to the side after it scanned at the security checkpoint. This was because the meat was frozen solid and the TSA agent said it looked like a bomb in the scanner. A small tip is to avoid flying home with bloody meat. If it somehow drips out of any sort of cooler, that could spell trouble for you and it's not worth the hassle of dealing with delays at the airport.

Here is some information directly from TSA on flying with meat:

"Meat, seafood and other non-liquid food items are permitted in both carry-on and checked bags. If the food is packed with ice or ice packs in a cooler or other container, the ice or ice packs must be completely frozen when brought through screening. If the ice or ice packs are partially melted and have any liquid at the bottom of the container, they will not be permitted. You also can pack frozen perishables in your carry-on or checked bags in dry ice. The FAA limits you to five pounds of dry ice that is properly packaged (the package is vented) and marked."

3. Once you get to hunting… a soft cooler is worth it 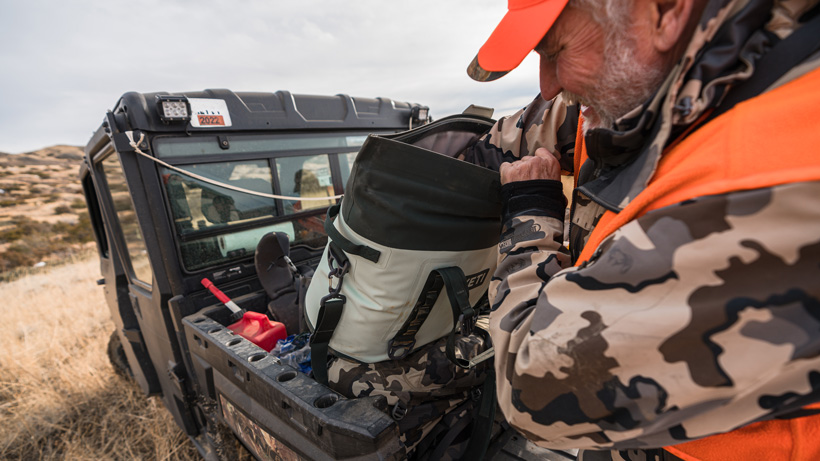 No matter what hunt I’m doing, a soft sided cooler shines once you land and you need to keep things cool. 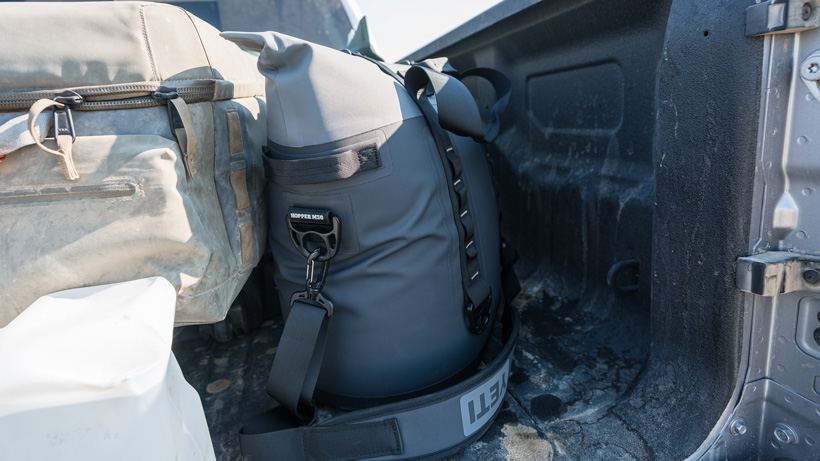 Just this past year, Neville and I flew to our hunting destination and then rented a vehicle. We had two YETI Hopper M30 coolers and those were lifesavers being able to keep water, deli meat, cheese, plus some adult beverages cold. We filled them up with ice at the beginning of the hunt and I believe we only had to replenish the ice once at a random gas station on the week-long hunt in hot August temperatures with us constantly opening and closing them.

Even if you’re going on a backpack hunt, it’s still nice to be able to purchase a few items at a grocery store and then have them be cold for you when you get back to the truck. Believe me, there is nothing worse than having a grueling hike out of the mountains, getting to your truck with no water, and having to drive hours to the closest gas station to get something cold to drink.

4. Packability of a soft cooler

They just flat-out fit anywhere! That to me is a huge benefit. I can toss one on top of some gear in the bed of the truck and it will stay there or it will fit inside the cab of your truck. Also, a soft cooler is lighter and so much easier to move around than a big cooler.

5. Packing a soft-sided cooler into the mountains 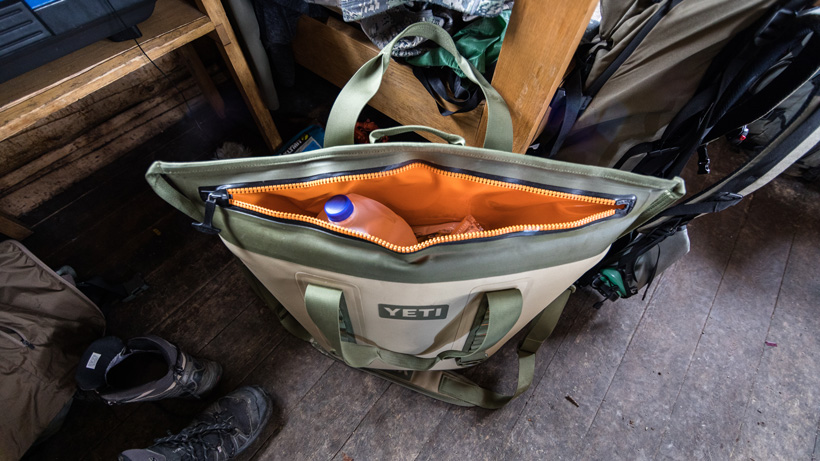 If you have room on a horse or llama, a soft-sided cooler is very beneficial to have at camp. Back in 2018, we used an older YETI soft sided cooler to transport some bacon, eggs, orange juice, etc (eggs were pre-cracked and placed in small milk jugs) to a backcountry cabin that we rented for a spring bear hunt.

6. Plenty of space for meat for certain animals

The YETI Hopper M30 is the perfect size for certain big game animals. On an archery antelope hunt in Wyoming this past fall, Jillian used one M30 and the cooler completely fit her antelope. Plus, you can still fit either cubbed ice or even YETI Ice in them. You will obviously get even more room in your cooler if you de-bone the meat.

If you want to see exactly how an antelope with the bone still in the quarters fits into a Hopper M30, check out the video below: 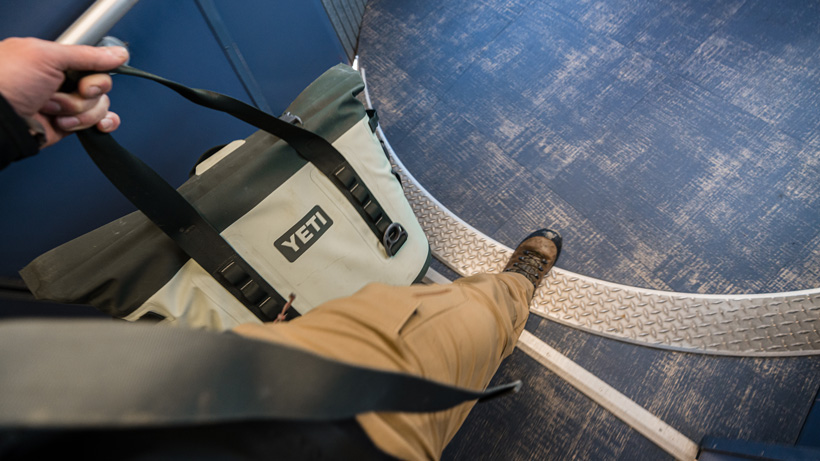 Walking out of an airplane using the YETI Hopper M30 as my carry-on loaded down with mule deer meat.

If you have a soft sided cooler, you will quickly realize how often you take it with you on hunts. It's just so much more convenient to grab a soft sided cooler rather than lugging around a heavy cooler. Plus, as I've stated a bunch, they are very handy to have while hunting! Keep in mind that if you are driving, a large cooler will greatly benefit you in keeping meat and hide cooled... but having a soft sided cooler along in addition to a main cooler is never a bad option!