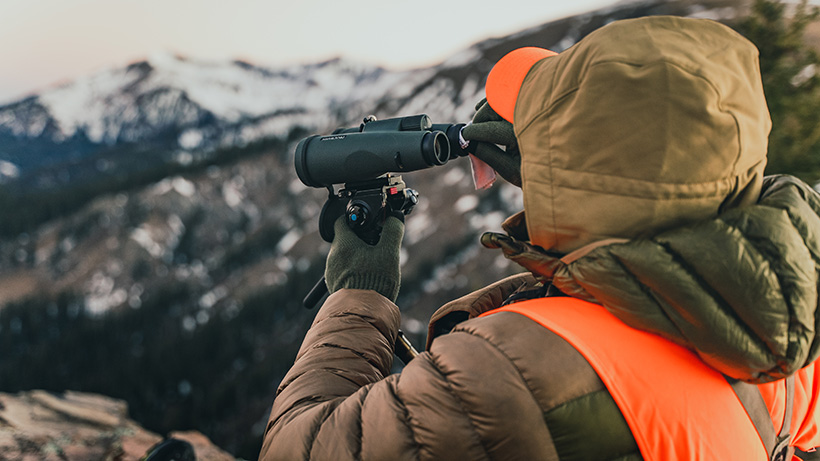 The early-season madness is now behind us and there’s just enough you still have time to make sure you’ve got everything prepped and ready for your late-season hunts. One of the things that most people will miss about the early season is the weather. In most cases, the weather is typically pretty mild, with maybe a few freak storms that roll through. The later hunts on the other hand have the potential for some serious “bone-chilling” cold.

Hunting in the cold is not everybody’s favorite thing to do, but when properly prepared it can be quite enjoyable. One of the biggest things I've learned over the years about late-season hunts is that being comfortable can make or break a hunt. Those comforts revolve around being warm and staying dry. Most people already understand what clothes to buy and how to layer. But I wanted to discuss the moments or scenarios that are often forgotten and things I have personally learned the hard way.

The first thing I wanted to talk about is some sort of heat source in camp. If you start the day off cold, then it’s extremely hard to thaw back out. On those brisk October or November mornings, there is nothing worse than trying to get dressed in the cold. Actually, the worst part is just getting out of the sleeping bag. Obviously, this is a non-issue if you are staying in a hotel, trailer, or big canvas tent with a heater. I’m talking about if you are still pushing the limits and living that 2-3 person tent life, you can still backpack hunt later in the season, but braving the cold mornings is painful.

A lot of those setups don't accommodate stoves and they aren’t big enough for heaters. So you have to go old school and stuff all your clothes in your sleeping bag to keep them warm. Well, the days of getting dressed in a mummified position are behind us. I’m not sure how I didn’t discover this before, but last season I realized something magical. I was up scouting in the early part of October on a quick weekend trip. The weather wasn’t terrible to start, but it shifted fast. Before I knew it, I was dealing with rain, snow and below-freezing temps which made for a little rougher trip than I expected. Luckily, I was prepared clothes wise and I was able to stay dry, but I definitely dreaded getting out of my sleeping bag each morning. A friend of mine previously mentioned how I can use my Jetboil to heat the tent. It was something that I’d never tried before until that weekend. I was skeptical at first, but let me tell you! It could be one of the greatest things I’ve ever done. I just lit my Jetboil next to me and within a minute, the tent was more than warm enough to not just get dressed, but take my time doing so. I was able to start the day nice and warm which helped me stay that way throughout the day.

This can be done with any camp cooking setup that you have for backpacking trips. I used my jetboil flash, but this can be done with MSR, Optimus, Soto, etc. The only thing that I would caution against is that the Jetboil, Soto, Primus and some MSRs put out a pretty good flame when you don't have the cooking pot on them. They’ll all work great, but you just want to be mindful of the flame. The one that would be probably the safest bet, is the MSR Reactor or the windburner because they have radiant burners and they don’t shoot out a flame. Just this little source of heat to start the day really turned my trip around. I went from dreading the mornings to being warm and comfortable.

The second part of late-season comfort is being able to take your time breaking down your animal after the kill. Taking your time is all about hand protection. Keeping them warm and keeping them all intact. Typically when you are breaking down an animal in the cold, you are physically moving around enough to where the main core of your body stays relatively warm. The one part of your body that receives the most exposure is your hands. A few years ago, I had a bad experience in Idaho while breaking down an elk in the brutal cold. It was about ten degrees with a 20 mph wind chill and by the time we were done, my hands were frozen. One of the worst pains ever. The wet blood on my hands mixed with the wind turned that into one of the most painful experiences ever. Some might say, “well, why not start a fire?”. Unfortunately, where this bull was killed, that was not an option. So, I found a fix.

Now for all late-season hunts, I carry two things for this exact scenario. I carry a pair of light merino wool gloves and a couple of pairs of disposable latex gloves. The merino base glove gives you warmth without being too bulky of a glove and the latex gloves keep things from getting blood-soaked and wet. The next year, I tried this glove combo out on a late-season bull elk hunt in Montana. I had identical weather and was able to break down my bull with ease. My hands stayed warm, I didn’t have to rush and it made for a much more comfortable experience. Some examples of merino gloves that would work great for this are the Sitka Merino, the Outdoor Research Men’s Vigor and even the King’s XKG Light Weight Gloves. Even some of the wool liners, found at the hardware store, would work. The latex gloves can be found pretty much anywhere, but they will keep your hands from getting wet and they will keep the wind off of them.

The last piece to late-season comfort is fire. Over the last several years, the ability to start a fire has kept me on the mountain longer without being miserable. For so long, whenever it got too cold while glassing, you just packed up your stuff and started moving. Sometimes that’s good and sometimes it’s not. But if you are in an area where you need to stay behind the glass, then a fire is your best friend. I obviously don’t recommend this if you are posted up on top of a big buck or a big bull. But if you’ve got some distance then fire it up! It’s all about not being miserable and a fire can definitely prevent that. Weather can do some tricky things to animals and can cause them to move at odd times. In Montana a few years back, I started a fire in the late afternoon which kept me behind the glass. I spotted three bulls feeding into a drainage and the next morning, I went in and killed one. Without that fire, there is no way that I would have been able to sit up on that knob long enough.

Fire can also be a sweet comfort while breaking down an animal. It can keep you warm during the process and it can also slow you down as well. Goin’ slow and being methodical is important because it can help prevent injuries. The colder you get, the faster you want to go and with sharp blades, that’s never a good thing. It’s also a phenomenal way to keep your water from freezing. We’ve probably all had that happen. So my advice would be to start a fire, be comfortable and enjoy the process.

There are a lot of different fire starters available these days, but for me, I always carry a can of Pyro Putty in my pack and 2 Bic lighters. You can use fire strikers as well, but I prefer just a good old-fashioned lighter. Most stores with an outdoor section will carry some sort of fire starter, so it’s important to have one, especially for safety reasons.

The key to enjoying a late-season hunt is being comfortable. The big ticket items like your clothing and camping equipment are easy to account for when it comes to brutal weather. With just these 3 small additions to my setup, my late-season hunts have been so much more enjoyable and I look forward to November every year. Hopefully, some of these tips will help others with their late-season adventures. 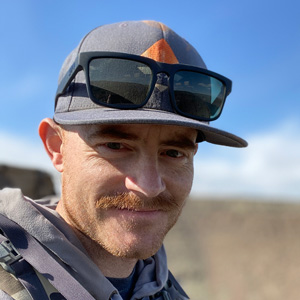