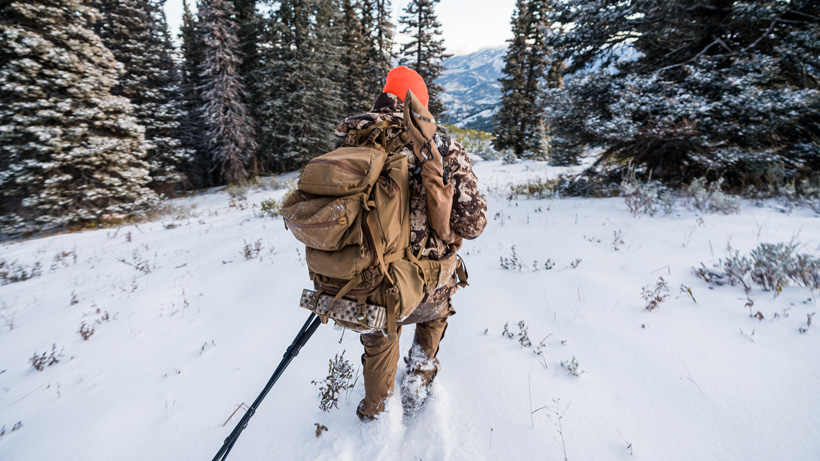 No matter what your hunting style is or where your hunting area is located, one thing is generally consistent: winter weather. Whether you favor run and gun style tactics or prefer to glass from a vantage point, a solid clothing system can make or break your hunt. With December here, you might still have a late-season hunt left, or if not, this is also the perfect time of year to pick up clothing items for hunts you have coming up down the road.

Building an effective and efficient clothing system not only makes you more comfortable in the mountains but can also drop your pack weight and enable you to stay out longer, increasing your chances of punching a tag. Watch more down below and see how Trail Kreitzer, Chris Neville, and Brady Miller prepare for their late-season hunts.

In this video, Trail talks about the SITKA Gear clothing and layering system he takes to stay warm on late-season hunts. This is a great video to watch to figure out your late-season clothing options.

In the above video, Neville talks about the First Lite clothing and layering system he takes to stay warm on late-season hunts.

Brady went on a special permit rifle elk hunt with his brother in Montana this fall and it was COLD! These are the gear items he brought along on the hunt.

Trail runs through all the gear he took on a late-season rifle elk hunt he went on with his son.