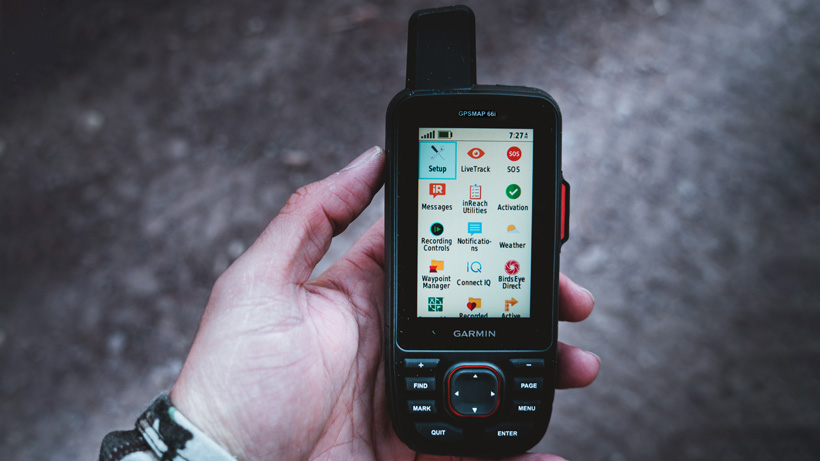 One GPS device to rule them all. Something that does anything and everything you’d need it to do and more. Each and every year that goes by, more flashy gear items come to the surface. I’m always curious to see what comes to light and what void it may or may not fill in a hunter’s gear list. Some of these items turn out being groundbreaking and others fall through the cracks. While the Garmin GPSMAP 66i is much smaller than the latest and greatest bows or optics, I don’t believe it’ll be falling through any cracks anytime soon. Let’s take a closer look at what Garmin’s new powerhouse of a handheld GPS device has to offer.

Features of Garmin's GPSMAP 66i

The Garmin GPSMAP 66i is essentially the big brother to the Garmin Explorer+ that many have come to love over the years. It is a fully functional GPS with inReach technology. 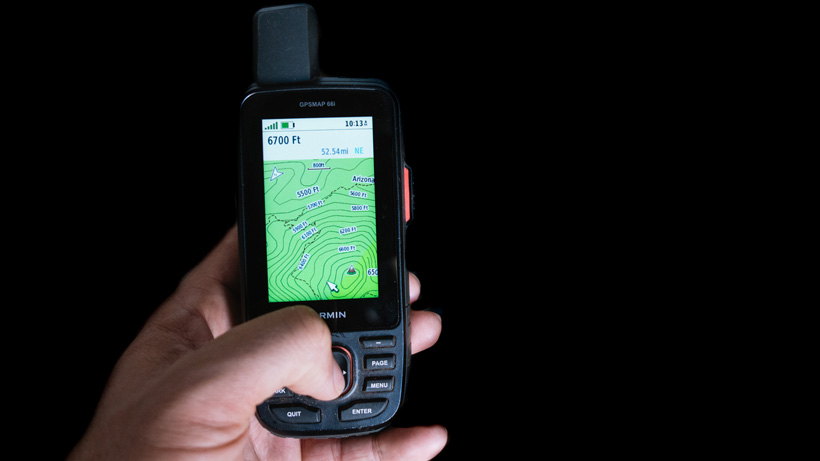 Garmin stepped it up in this area with their Garmin TopoActive Maps. These are pre-loaded into the device and show much more detail than the previous versions did. You’ll clearly see trails, water, contour lines, roads, etc. All of this comes without a subscription. To add even more gusto, a person can also choose to download satellite birdseye imagery. And of course, you get all of the functions of a normal GPS with marking waypoints, tracking your trip, and navigating to predetermined destinations. The Garmin Explore app is a great addition to utilize here too with your phone, as the 66i syncs with the app. This is awesome, as it’s just plain easier to pan around on the map via a smartphone. A hunter can even use mapping chips (32 GB max micro sd) with the 66i. That is something that has been on the want menu for quite awhile with an Inreach device. Now, you’ve got it.

Another great feature, you can even export out all of your waypoints and tracks you have created on goHUNT's 3D web mapping service and transfer them to you

As with other inReach devices, the Mini and Explorer+, the 66i is going to allow one to stay connected back home by way of sending and receiving text messages. This is a feature that is functional globally and one that has become an absolute game-changer for more than a few backcountry hunters. 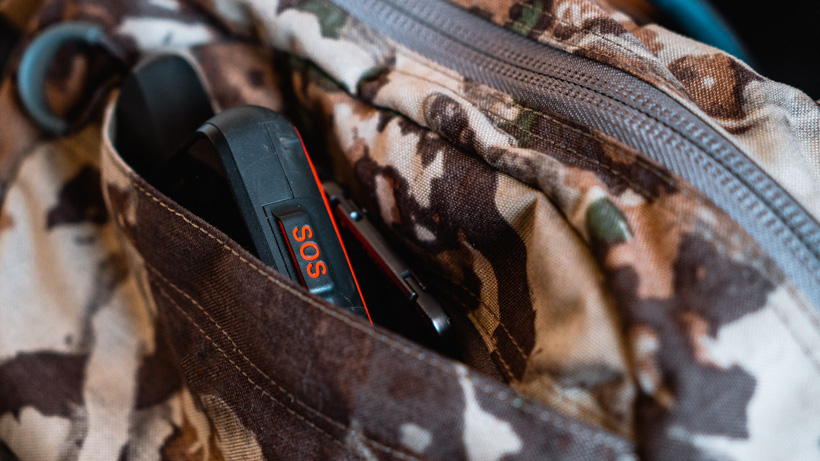 Another familiar feature that the 66i harbors is the SOS button. This will ensure that, should things go south out there, you will have a way to get help headed your direction. Hopefully, a hunter never has to push this button, but if they do, they will be directly connected with GEOS to get you to safety.

This device has a whole list of other features as well. I’m not going to go through them all, because there’s a ton, but there are a few that stick out to me. The 66i actually has a built in flashlight. That is something pretty unique and definitely a feature that could come in handy during a pinch. Weather is another plus worth mentioning. We don’t exactly have access to our weather apps in the backcountry, so staying informed about the coming weather forecast can be huge. Lastly, is how the 66i pairs with other Garmin devices. This means that should you have a Garmin GPS Watch, your 66i will sync right up with it. If you mark a waypoint on the watch, it’ll automatically load into the 66i map. 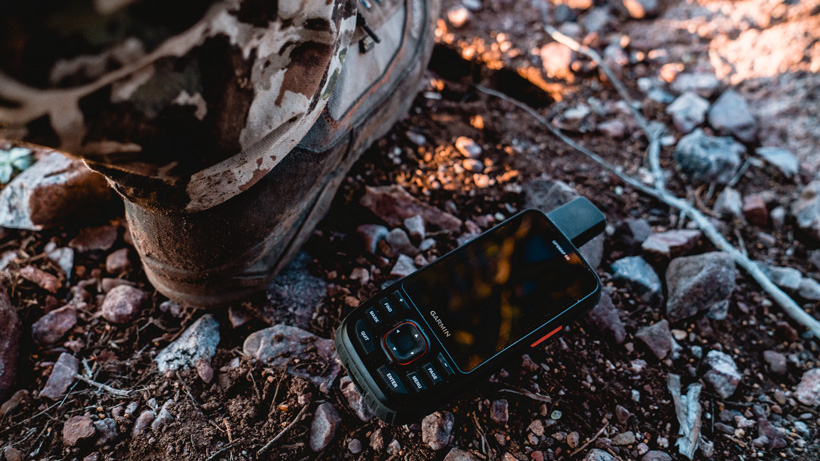 My experience so far with the 66i has been no doubt a pleasant one. It was hard for me to break away from my trusty Garmin Explorer+, but I’m glad that I did in the end. Out with the old and in with the new. Garmin did not disappoint here.

One of the first things that I noticed about the 66i was the buttons. This may sound overly analytical, but the buttons were just way easier to press on the 66i. This made typing and navigating through the menu seamless. I never had a huge complaint about the older models, but I’ve gotta give credit where credit is due.

Another plus for me has been the messaging. I’ve noticed that the 66i sends and receives messages much faster. I don’t know if that is just coincidence or not, but it has definitely been my observation. This may be due to the 66i grabbing a satellite signal faster than its siblings. On that note, it also seems like the software is faster as well. That is something that I truly appreciate, because I don’t want to be sitting there fiddling with a GPS too long, when I could be hunting.

The mapping is another added benefit that I’ve enjoyed. With the detail much greater than before, I now find it easier than ever to look at the map with the 66i. This is something that I never bothered doing in the past with other devices, as there just wasn’t enough detail. The clarity of the screen is also a much higher quality. It’s just more pleasing to look at.

Probably my favorite thing about the 66i is how it pairs with my Garmin watch. Before this, I’d mark waypoints on my watch, then add them into my GPS after the fact. This is something that I always was slightly peeved about doing. Nonetheless, I did it. Now, I don’t have to though. I really enjoy using my watch to mark waypoints quick on the move. When I do this, the 66i will sync with my watch, and the waypoint will be automatically added to the 66i map. Efficiency is important to me and this feature helps in that regard.

I do have to mention a few things that I didn’t personally like with the 66i. My complaints are small, but nonetheless need to be noted. The first is the battery life. The 66i has far less battery life than the Explorer+ does. The old Explorer+ has 100+ hours of life using the 10 minute tracking mode. To contrast that the 66i has 35+ hours of life using the 10 minute tracking mode. That is something to definitely pay attention to in the field. I’m personally not one to leave the unit on all of the time, but if that is something you’re into, note the battery life and maybe have a way of charging in the field. You’ll also tote a tad more weight with the 66i. Explorer+ is 213 grams and the 66i is 230 grams. The charging port location is also weird. It’s located on the back face of the device. This makes charging and laying the device down awkward, as it doesn’t lay flat. 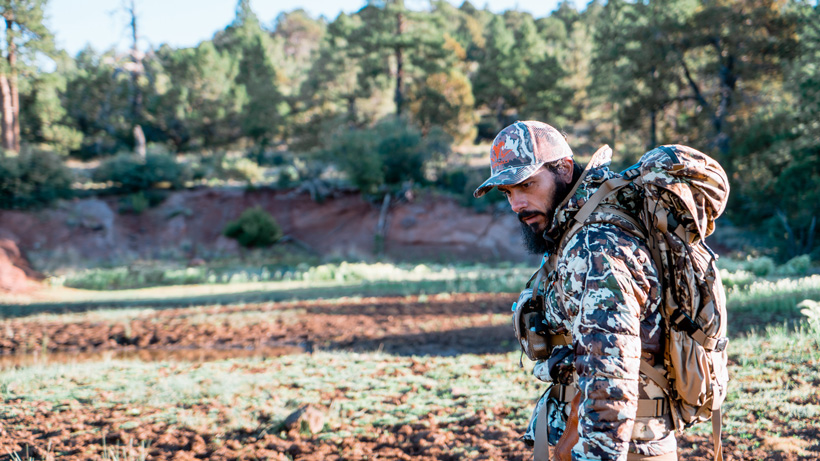 After putting the Garmin GPSMAP 66i through the paces this past spring bear season and most recently on some fall hunts, I can confidently say that I have no reservations about this little beauty riding inside my pack in the future. From hometown hunts to out of state backcountry adventures it’ll be there ready for action when I need it. I actually had it working overtime during these hunts, as my wife was very very pregnant. This put me on call 24/7 waiting for “the message” telling me our daughter was on her way and for me to come home! Is it the one GPS to rule them all though? I’ll say that it isn’t a perfect device, but it’s pretty dang close. Aside from the small improvements I think could be made to the 66i, it’s a great little unit. It’ll do everything you need and more. I can’t complain too much about that.