Build fitness not strength for success in the backcountry 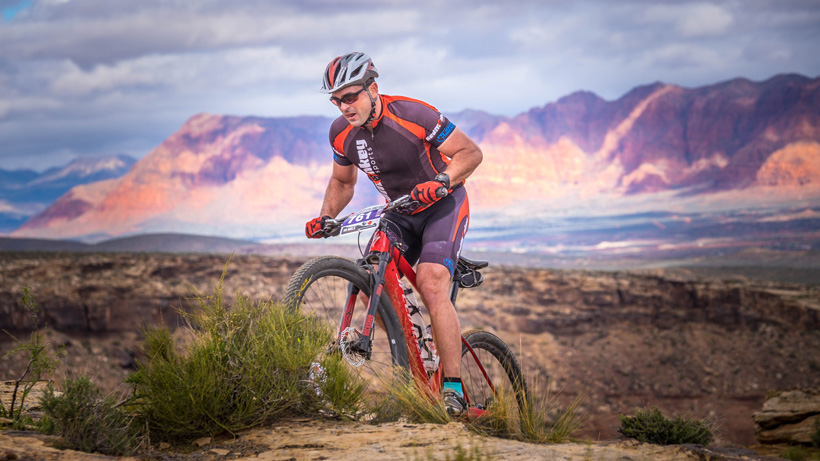 The author Ryan Honea crushing it on a trail ride.

The sun was hours away from coming up over the mountain, yet my little watch alarm had woken me from a fairly deep sleep. After reaching for my headlamp, I laid quietly in my tent listening to the first few morning chirps and the wind passing through the bushes where I had placed my tent a few days prior. I don’t know about you but even with the excitement of the hunt, it takes a bit of (me) convincing (myself) to get out of my warm sleeping bag and into the cold air to get dressed for the day. This day was no different, but I knew that I had to get going if I wanted to make my destination by the time I had anticipated a particular buck being there.

The evening before I had located a few nice bucks and one really nice buck as they came over the back of a canyon wall into a large sagebrush bowl to feed. I eventually watched them feed out of sight to the bottom of the bowl to what I could only guess was water. I believed that they would likely stay in the same bowl through the night and feed their way back over the top in the morning.

From a previous scouting trip, I knew that there was heavy timber on the other side; it ran nearly the length of the canyon and was probably a quarter of a  mile across. There was no way I would be able to locate this buck if he made it to the timber. I knew where I needed to be and what time I need to be there if I wanted a chance at this buck. I got dressed and started up the canyon rim before the rays of first light began to crest the mountain range in the east.

After 45 minutes of hiking, I suddenly had a sinking feeling—the kind where your heart temporarily jumps out of your chest—and realized that I had left my phone back at camp. Normally, this wouldn’t have been an issue, but in this particular location there was cell service and my dad had plans to join me later that evening. It was my responsibility to call him and give him guidance to my whereabouts. This also wouldn’t have normally been an issue except he was coming from another state and I had to make contact with him! With it just light enough to now see, I dropped my pack and quickly made my way back down to my tent. My plan was now seriously in jeopardy and I knew that I was about to experience a lot of pain as I had to get back to my pack and head further up the mountain in short order if I wanted a chance at this buck.

The importance of staying in mountain shape 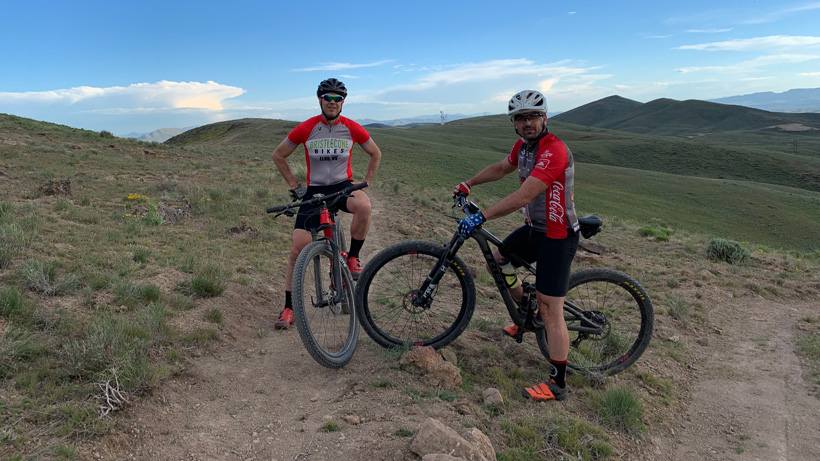 For as long as I can remember, I’ve preferred to backpack hunt. There is something about being up in the high country when those first rays of light come over the mountain that is awe-inspiring. The cool, crisp mountain air and the excitement that comes from glassing open meadows and canyon bowls is something that I will never tire of. My hunting philosophy (and this isn’t for everyone, it’s just for me personally) is that I have to pack everything in by myself and everything out by myself without the aid of horses, goats, etc. I simply find it satisfying doing it all on my own. This isn’t a critique of others that have different philosophies; it’s just what works for me and keeps me excited. Adhering to this philosophy has forced me to stay in great shape and, over the years, I have learned that my success in the backcountry is driven—of course by determination—but also by my ability to get to locations that many others can’t. Physical ability is obviously a limiting factor and there are some people that don’t have the option and to them, I say, “You’re a hunter just like I am,” but to others that are able and have desires to backpack hunt may I suggest the following: You need better lungs and a stronger cardiovascular system (fitness), not bigger muscles for success in the backcountry.

Let me follow that up by saying that strength is a good thing and you must be strong enough to carry your gear without having shaky legs or a slump back but the body’s ability to buffer lactic acid is driven entirely by how fit a person is. I’m also not a scientist, but have been a high-level athlete for about 20 years, in and around experts and coaches. Lastly, I’m not here to boast but I am hopeful that my experiences can benefit you and your goals.

So what is lactic acid?

Imagine throwing 65 lbs. on your back and hiking straight up a 30% grade without stopping. Undoubtedly, and eventually, we would start to feel a “burning” sensation in our legs, right? Well, that is lactic acid and your muscles are saying, “This freaking hurts and I need to stop.” A shortage of oxygen is what generates lactic acid as the hydrogen ions begin to take the place of oxygen and they are acidic in nature. But what if your body could deliver more oxygen to buffer the build-up of lactic acid? That’s fitness and that’s why it matters in the backcountry. The longer we can hike without the burning sensation that forces us to stop, the deeper we’ll be able to get into the backcountry and the fresher we’ll be when we get there. Conversely, additional muscle adds extra weight to our frame and requires even more oxygen to be able to buffer the acid build-up, which means you need to be even more fit. If muscles are your thing, I commend you; there’s nothing wrong with that, but I am saying that if your sole objective is a success in the backcountry, then make fitness and strength—not brute strength—your objective.

How do we gain fitness? 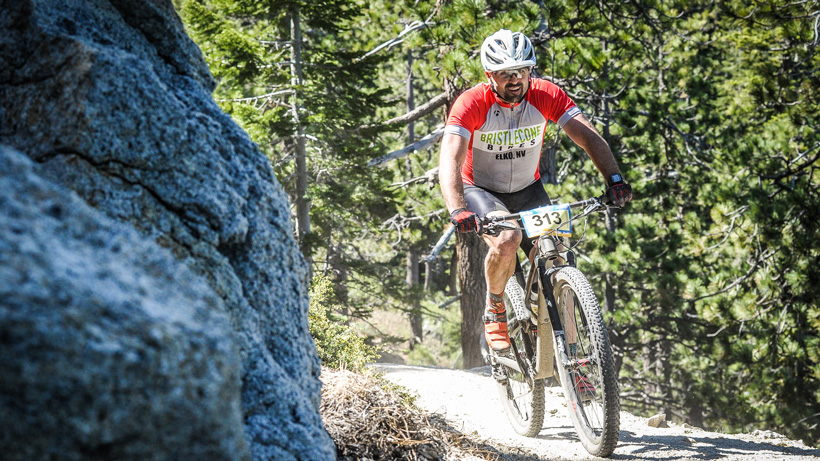 How do we gain fitness? Ah, we’re all built differently, but, generally speaking, you already know the answers: hike, run and lift light weights. What has worked the best for me is mountain biking. It’s fun, you build fitness and you gain strength in your legs and core. I played college football at the University of Utah where I put on plenty of muscle and was very strong, but I can honestly say that since I began competing in triathlons and mountain biking I am a much better hiker than I was during my time at the university. It’s actually a bit bizarre because as I’ve become more fit, the burn that I used to feel almost doesn’t occur and, when it does, it is gone much more quickly! It’s awesome! Mountain biking and hiking really complement one another as each builds upon the other and, as a result, I have had great success with my bike—competing is always fun! 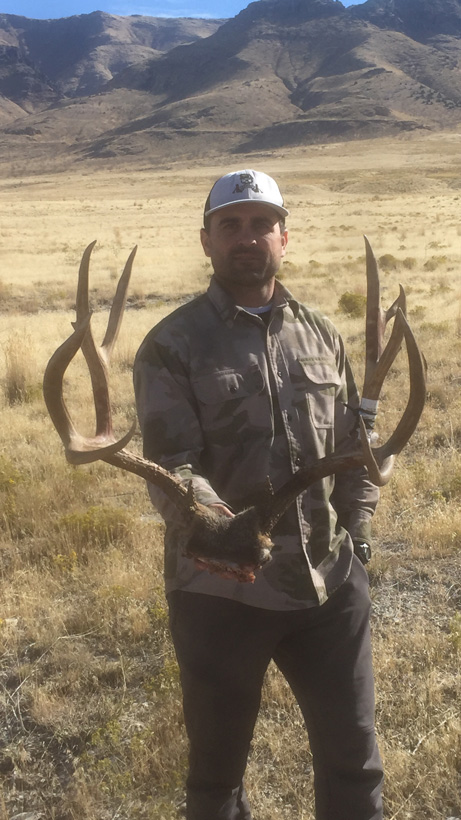 As I reached my pack—after returning to camp to get my phone—the buck I was after was already on the move. I knew it wouldn’t be long until he made it to the timber and time was not on my side. During the night, two other, larger bucks joined up with him and they reached the top of the bowl first, passing over and out of sight before I was in position. They sure look huge once they skyline, don’t they? Disappointed that I wouldn’t get a shot at either of those two bucks, my focus immediately shifted back to the location of the buck I had seen the night before.

He was lower in the bowl, moving a little more slowly with a handful of does. Before I was in shooting range, I had to go up a steep wall of the canyon and pop over at a small point I had identified the night before. It was about a half mile up, but because I was out of sight, I could go as fast as my body would let me and I knew I only had minutes to get there. I was already lathered in sweat and breathing hard once I reached the canyon wall, but it went time. I gave everything I had and even went anaerobic (where you feel like you’re going to crap your pants) and did reach the point I had intended to shoot from very quickly. I took a quick few seconds to catch my breath and army crawled over the point.

“Has he gone over the top?”

My head was buzzing with anticipation, but I saw him almost immediately. He was only 10 yards from going over the top. I didn’t need binoculars or my scope; his antlers looked huge with the sun glistening off of them. Already in the prone position, I quickly ranged him at 187 yards and made the shot. He ran about 70 yards and tipped over! I am completely convinced that without having built the fitness that I have, there is no way I would have made it within shooting distance in the time that was given to me. The buck ended up gross scoring 183” and will soon be a mount on my wall at home. Someday you may find yourself in a similar situation and your fitness will determine whether you make the shot or not. Take the time now, to build your fitness and be ready when the time comes!