How to cape a deer 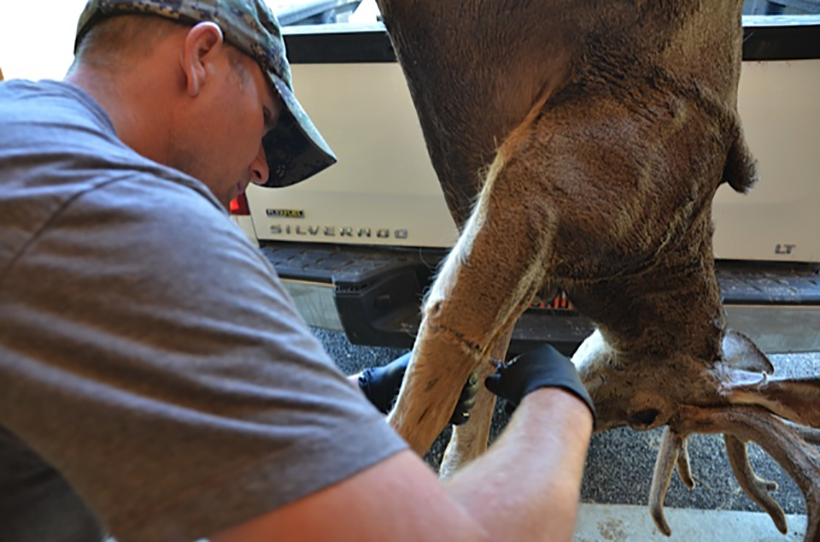 Many hunters are scared of caping their bucks, but it is far simpler than you might think. The steps below will make it easy for you, the hunter, as well as for your taxidermist to mount your trophy-sized buck.

Make sure you have a high-quality, sharp knife for the skinning; I recommend Havalon Knives. Their surgical blades are extremely sharp and precise. Also make sure you have a portable saw to cut out the skull plate with antlers instead of having to carry out the entire skull. It will save you weight.

Cut #1. Before you start to skin the animal, make a complete circle all around the animal starting at the middle rib.

Go from left to right all around the back; your cut will end right where you started from. Too many people cut the cape too short, so be generous. 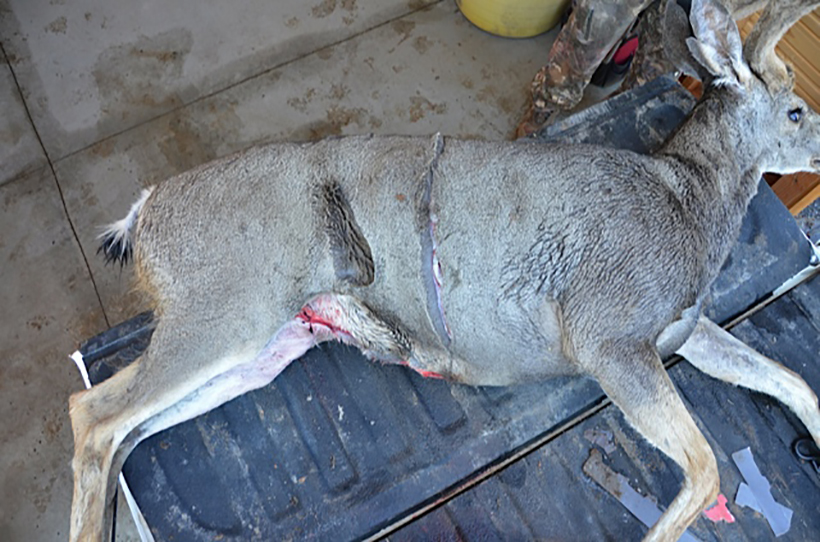 Your taxidermist can always cut off what’s not needed, but can’t sew something back on that’s not there.

Cut #2. For the next cut, you start at between the ears and make a straight cut down the dark line that goes down the back of the neck. 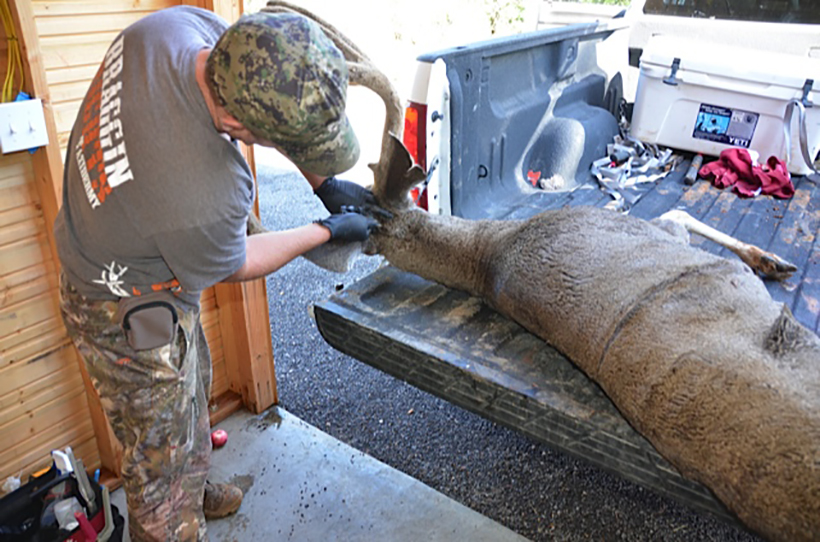 Use a sharp knife. This cut will go straight down the middle of the back to meet your first circle cut.

The cut down the back will then meet up with the center body cut. 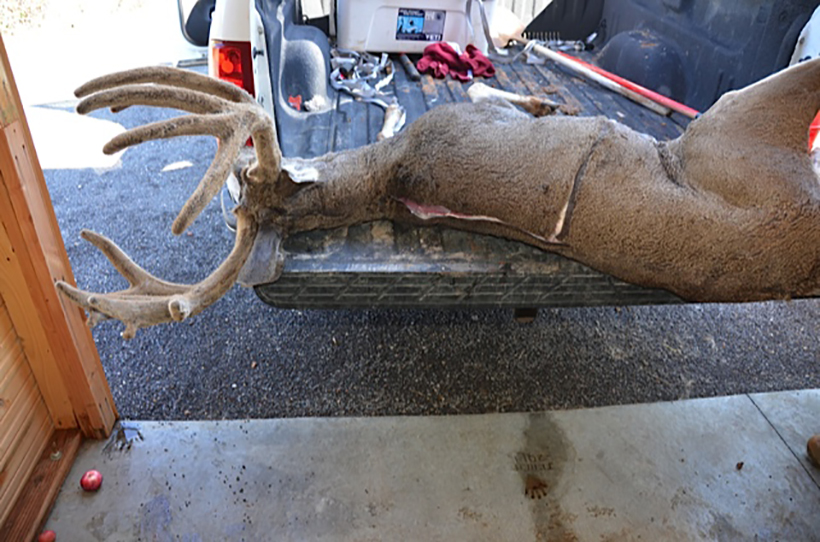 Cut #3. Make a ring around the deer on the front legs. 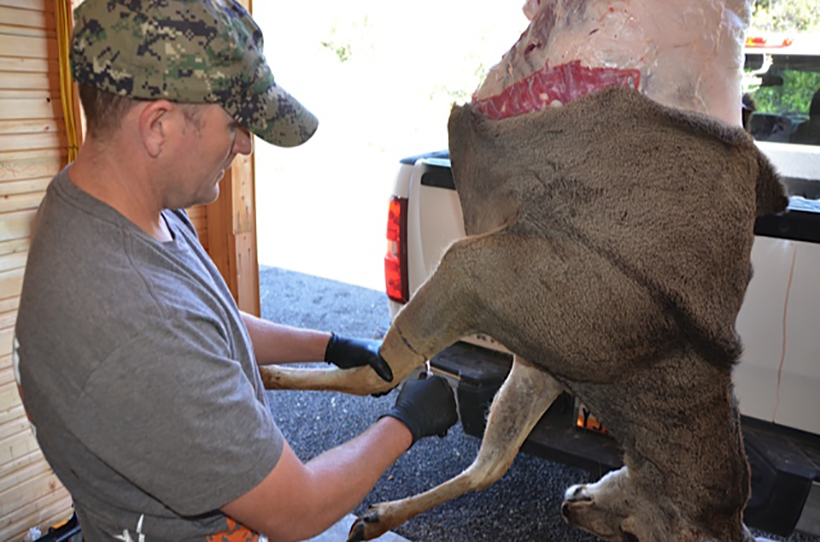 You want to have skin from the knee up, it will tube like a sock. Do NOT cut through the middle of the armpit. This will ruin your cape. 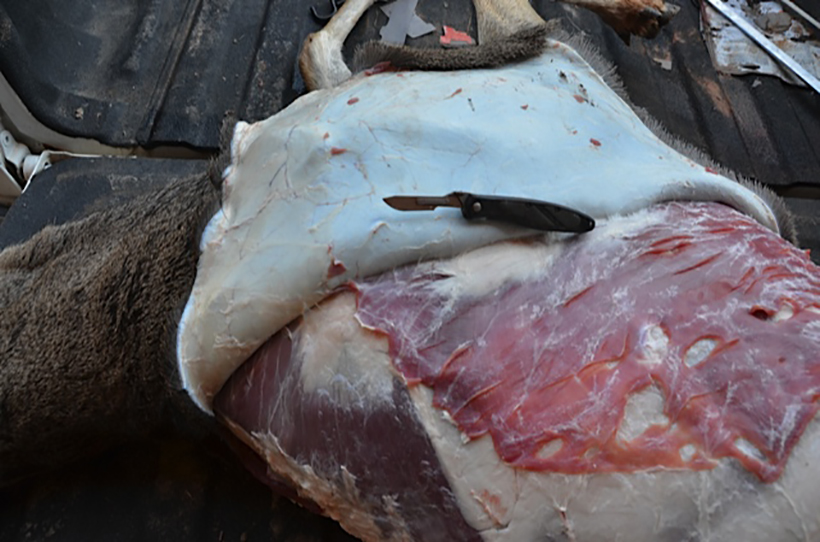 Remember: Meat contains heat. Leave the meat on the deer, not the hide. Meat will hold heat, and heat is what spoils your cape. When you bring me your cape with a 1 1/2 inch steak attached, the hair will fall out and make a slip spot.

Next comes the trickiest part of caping: skinning the skull.

Cut #4. Go back up to where you started your incision on the back of the neck. You can usually see a Y that starts right there in between the ears and goes to each antler. Make a cut from the base of each antler back to that Y, creating a Y-shaped cut. 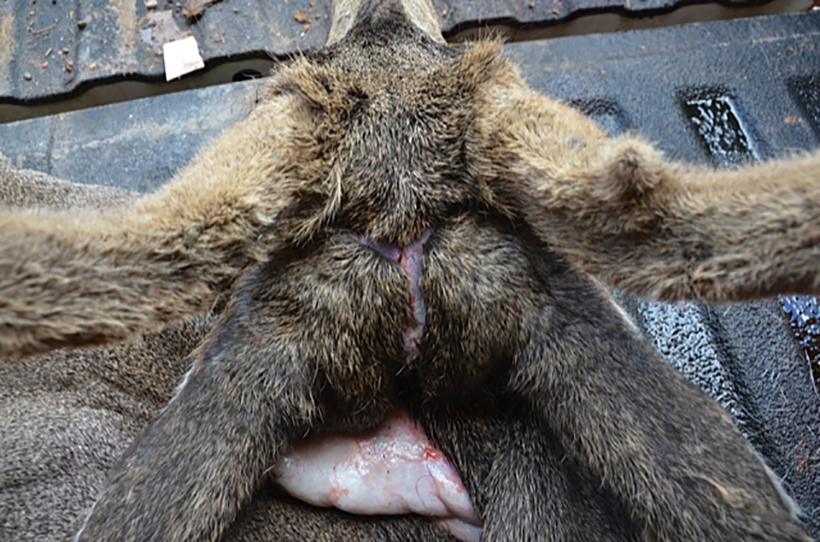 Now skin around each antler’s pedicle and proceed to skin the hide off the skull. 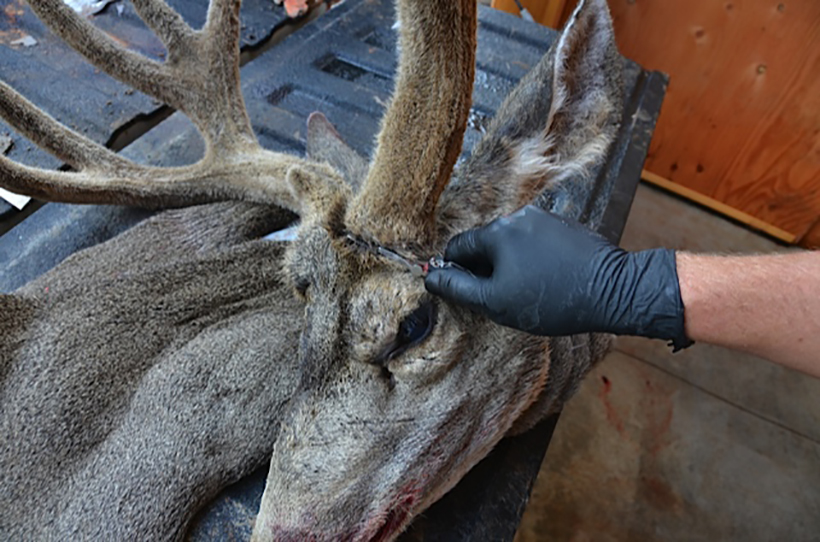 You’ll want to take your time with the following areas:

Another problem area is the scent gland (preorbital gland) in the front corner of the eye. This gland is concave and goes into the skull. You’ll need to pry these glands out of each eye before you continue skinning.

Mouth
With both scent glands out, turn the deer so he’s facing you and you’re staring at his nose. 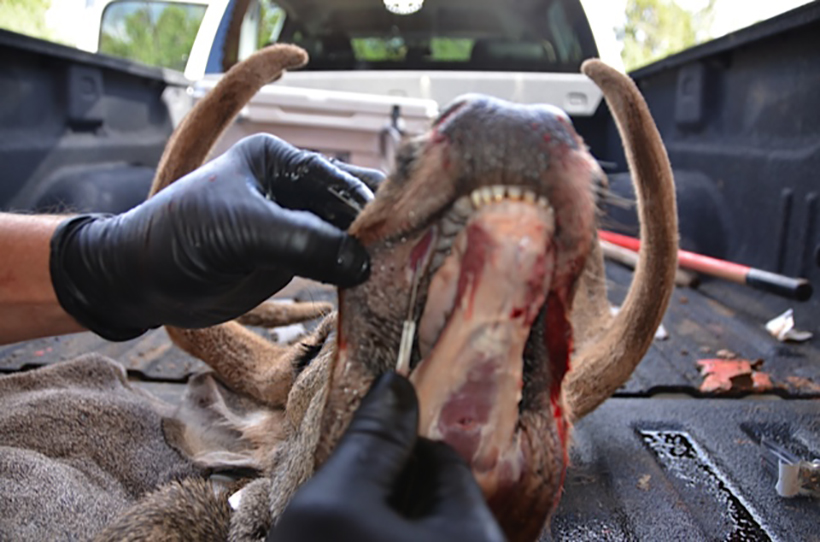 Nose
Start skinning again from the eyes to the nose. You will skin along the bottom, taking the hide right off the jaw. No troubles there. On the top you’re going to hit the nose pad. About 1 1/2 inches up the face from the nose pad the nose is cartilage, just like in human noses. You will make a 90° cut into the cartilage down to the top jawbone, then you’ll just peel it off. You will have a 90° shelf cut out of the animal’s nose when you’re done. If you just skin it without making this angled cut you’re going to cut the black nose pad off. Nothing ruins a cape faster than a hole cut in the nose pad. Be careful, and take your time.

Once you have your cape detached from the buck, remember the following:

Don’t take the whole skull. Instead cut the top skull plate where the antlers are attached. This will be a small chunk, measuring the width of the deer’s head and about 6 inches long. You will need a foldable or portable saw for this step. 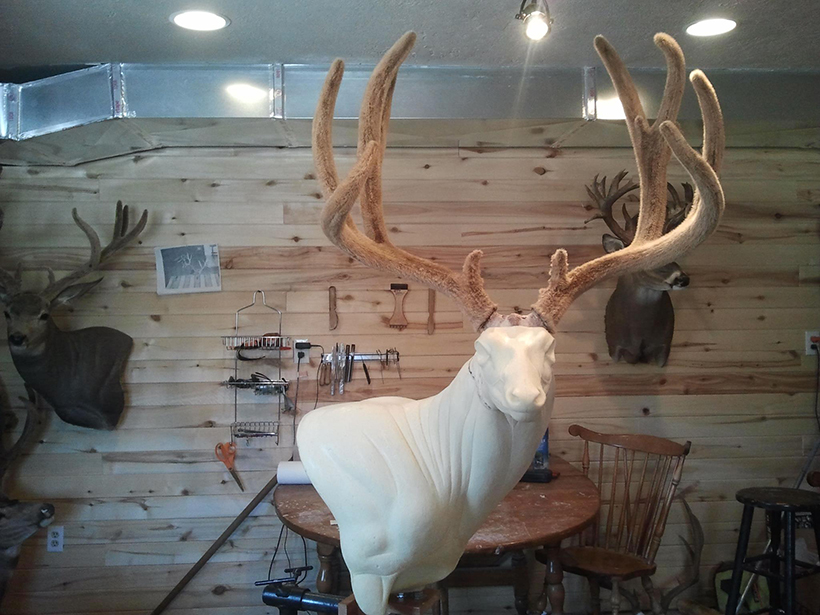 Your taxidermist can then incorporate the skull plate into your finished mount.

Cool your cape quickly. However, make sure not to dry it out. Cooling your cape will take anywhere from 30 minutes to 1 hour, depending on the temperature. Simply fold your cape one time until it’s cool, then roll it up. On a cool day or in the shade, your cape will cool down in 30 minutes.

Keep your cape clean. Keep the meat off it.

Be quick. Get your cape to your taxidermist quickly. If that’s not possible, wrap the cape up good and tight, put it in a bag and freeze it. It will be good for a year or more.