Why you should hunt elk before or after the "prime" week 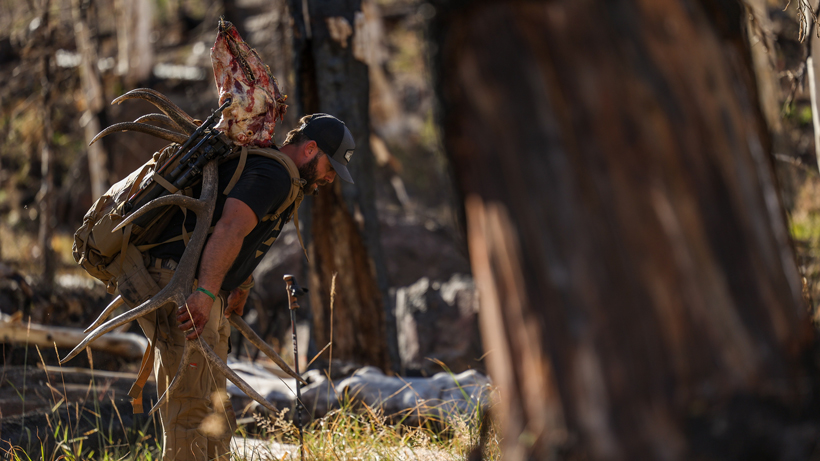 When it comes to 2021 and the peak elk rut, most experts agree that the majority of cows come into heat within five to 10 days of the fall equinox. That means the peak of the breeding season should be Sept. 17 to 27 this year, give or take. You may be thinking to yourself that if that is the peak of the breeding season and the peak of the rut that is also when you should be hunting. Though that would be a very convincing argument, here are some reasons why you might be better off going elk hunting the week before or after that, if your state's elk season allows it.

The number one reason you may consider hunting elk any other week in lieu of this 10-day period is pressure. As mentioned, it is a well-known fact that cows come into heat right around the fall equinox and most hunters want to be there during that time. The mountains are packed and calling, stalking and other hunting techniques may not even matter because the elk are in survival mode as they’re pushed from basin to basin by the hoards of hunters trying to hunt during these peak days. During my western hunts, I can honestly say that finding elk has no longer become my problem. Instead, my problem has shifted to finding elk that other people have not also found. I am a public land hunter and it seems as though more of my secret successful spots from yesteryear are no longer secrets. Time and time again, I am miles and miles deep, calling and working a bugling bull, and I hear or see another hunter doing the same. Time and time again, I am trying to stalk a herd of elk feeding out of the thick timber and look across the ridge only to see another archer also trying to stalk the same herd of elk. It is public land and you should expect to see and interact with other hunters; however, hunting the week that most people want to hunt really increases these sightings and reduces your chance to harvest. Elk hunting with a bow is an odds game and hunting another week with fewer hunters increases the odds of harvest.

Hunting before the “prime time,” which coincides with the fall equinox, may be in your best interest because elk tend to be establishing dominance during the pre-rut and get riled up easier. Though no one can predict the future, it looks like it might be especially true in 2021 since the new moon is occurring during the beginning of September. The nights will be darker and finding elk out in the open at first and last light is usually more common on darker nights. Combining this with competitive elk trying to establish dominance can really make for a great hunt, especially if you are practicing your bugling throughout the offseason. After cows start coming into estrus, bulls may still be very vocal, but it will become increasingly more difficult to draw them away from their cows since they will be receptive to breeding. I also find that besides opening weekend — when a lot of locals like to be out — hunting the first week or two of the season seems to attract fewer hunters. Since there are fewer hunters, there are fewer elk/hunter interactions, which equate to fewer call shy bulls and more interaction when calling. Hunting one of the earlier weeks of the season will also typically provide better weather and put more elk on public land. In my experience, I have seen public land be nearly void of elk in some units that also have a good amount of private land. As the season progresses, it is more likely that elk will leave their public land summer homes and seek the sanctuary of private land — especially if there is a lot of hunting pressure in their unit. Consider hunting pre-rut instead of prime time this fall to find success with less pressure.

Though pre-rut and prime rutting days centered around the equinox can be effective, another time of year to hunt successfully is after the fall equinox. Bulls will still be with cows from the end of the prime rut into the middle of October; however, they will normally be more call shy and exhausted as they near the end of their rut. This is a perfect time of year for a spot and stalk hunter who is looking to capitalize on less hunting pressure and bulls feeding out in the open longer, trying to rebuild their strength for the last few cows that will be coming into estrus late. There have been years where I have hunted at the end of September and early October — in states that allow it — and have barely seen another hunter. Most camps are picked up and moved out between the third and fourth week of September and you might just have a few basins to yourself. Find a good glassing point and watch for bulls feeding with cows, waiting for one of them to come back into estrus. If there is a rifle season during this time of year, then your harvest success can be quite good, especially if you arrive a few days before season to find the basins the elk are in.

After years of research, it is commonly known that cow elk come into estrus right around Sept. 21 or 22 on any given year. The older cows are receptive to being bred first while the younger cows come into estrus later. Most hunters cannot give up on the idea of hunting prime time in September and religiously go year after year. If you are like me, you can use this to your advantage and avoid the prime time or only hunt a part of it, hunting before and after. This year, I will be heading out into the mountains the last week in September. I like to spot and stalk elk and that time of year gives me a good opportunity to do that with fewer hunters around. No matter what your hunting style is or how hard you hunt, other hunters can really spoil your hunting experience and success rate. Think about avoiding the traffic jams at the trailheads and hunting a different week this fall to increase your success.