What I learned from interviewing elk hunting's top experts 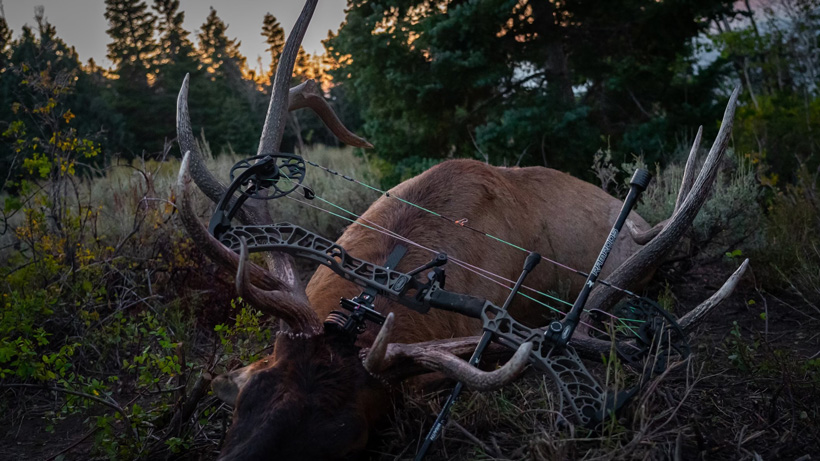 Over the past decade, I’ve become immersed in the game of elk hunting and the seemingly endless refinement of skill and craft. Trying to climb into a bull’s head and learn how he thinks, what he wants and his unique vernacular is a sometimes frustrating, but always fascinating back and forth.

The true beauty of this game is that as soon as you think you’ve figured out how to consistently cut tags on mature bulls, you discover there’s another level of the pursuit you haven’t achieved. In that context, it could be said that there aren’t any real “experts” in elk hunting, just dedicated hunters learning from every encounter.

Nonetheless, there are hunters who have combined time on the mountain with an intense passion for elk to become the best among us. Lucky for our community, these guys are sharing their knowledge and giving anyone willing to listen a chance to be in the 10% to 15% of archery elk hunters who are successful on average each year.

Over the last few months while compiling my new elk hunting educational podcast series, WALLOW, I was lucky enough to track down seven of the best damn elk hunters of our generation. My cohost and elk hunting buddy Sam Lungren helped figure out the right questions to ask and how to draw out as much of their expertise as possible. It was a fun ride. Here are just a few things I learned.

Corey Jacobsen has won a lot of trophies for elk calling, but he knows that actual elk hunting is a failure-heavy game. That said, during our conversation, Corey simplified the complex language of elk into three concise calls: the challenge bugle, location bugle and the cow’s mew.

“My whole take on elk communication is that they communicate through emotion,” he said. “When a cow is ready to be bred, she adds desperation to the mew. You’ve got to think like an elk and understand how to communicate his or her emotion.”

It’s a simple, but effective learning that allows you to insert feeling into your calls and have your own style.

“I’m a very aggressive elk, that’s my personality” Corey said. “If you put it into a human perspective, just say to yourself, ‘what will it take to get in a fight with this elk?’”

Hunting and public lands advocate Randy Newberg: there are no shortcuts

Randy Newberg has built his life around elk hunting and advocating for the resource. He’s got a unique way of articulating his approach and he’s always thinking about new ways to teach us all. After recording our interview, Randy took us into a nondescript conference room at his Bozeman-based Fresh Tracks headquarters and revealed an entire whiteboard of notes for an upcoming OutdoorClass on elk. What was on the board is a secret for now, but it drove home that he can translate this complicated pursuit with the best of them.

However, there’s a trap that Randy thinks most hunters fall into and it’s a message he wants you all to hear.

“The one thing I have learned in 30 years of failing at elk hunting is that there are no shortcuts,” he said. “And I think it’s the human condition—we’re always looking for the shortcut, whether it’s the gizmo, the gadget, the new piece of gear we bought, the 12-step program, no. To me, I just have over time realized there are no shortcuts. This is hard work, physically hard work and it’s going to be frustrating and it’s going to take an awful lot of thought to be consistently borderline successful at it. But that’s the intrigue.”

Be sure to watch both Randy and Corey's educational hunting content on OutdoorClass:

Did you know that elk basically crack their knuckles? It’s a sound you might have heard in the elk woods without ever realizing the origin. We know that an elk has several defenses against predators, but it’s a little-known fact that they use an audible clicking sound from their ankle joints to locate each other and signal safety.

While interviewing Tom Toman, who was an elk biologist with the RMEF for 25 years before retiring in 2020, he marveled at an elk’s ability to understand and process its environment. The clicking sound is just one way they capitalize on every sensory advantage to avoid predators like wolves, bears and humans.

“If you and I aren’t clicking when we’re walking up to them, they know we’re not another elk,” he said. “That’s one of the adaptations they have and that’s something they hear all the time.”

So, maybe consider taking a clicker next time you’re in the elk woods or at the very least use this little-known fact to earn some elk camp street cred.

There are so many more lessons to be learned from these guys and the other hunters we interviewed for WALLOW (available on whatever podcast platform you use). Listen now to hear the likes of Remi Warren, Ryan Lampers, Jason Phelps and Ty Stubblefield add their expertise to the mix.

Listen to the WALLOW podcast here 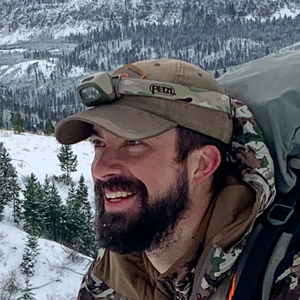