Mistakes made in the elk woods 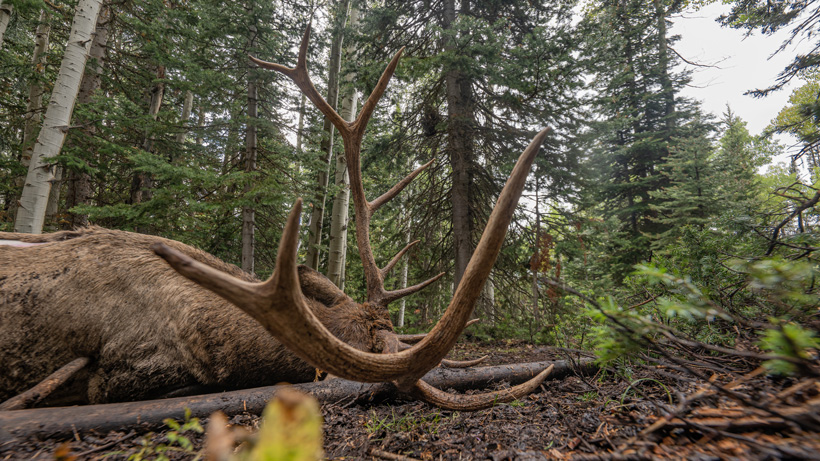 Elk hunting public land in September with stick and string is a real feat that takes patience along with trial, error and a dash of luck. In 2018, I decided to dedicate a good portion of my earned time off from work in hopes of tagging my first bull elk with a bow. Honestly, I had minimal real opportunities of drawing back on a bull during previous archery seasons. But my first real experiences of bulls screaming with high chances of letting an arrow fly was coming up in the fall of 2018 since I drew an archery tag for an area in my home state (Montana) known for its higher bull to cow ratios and open terrain, allowing for better glassing to aid in the run and gun/spot and stalk methods. I learned a lot as a beginner elk hunter in the seven days spent chasing screaming bulls. I'm not one to lie about failure; during this trip, I missed two separate bulls and missed one easy opportunity. Luckily, on the fourth opportunity, I walked away with a great bull as well as a baseline of lessons learned to build upon for seasons to come.

It's tempting to go gallivanting towards bugling bulls, guns ablazing, ready for war when you hear elk early in the morning. Trust me, I know. The mistake I made early in the hunt was not thinking about the wind as a high priority, which was a terrible mistake. On another occasion, I thought the wind was just “swirly,” which it was, but that was due to thermals when the sun was unobstructed by clouds or covered by the clouds. As some may think they can outsmart the mighty wapiti, rest assured; you can't. You are playing by their rules in their homes. So, lesson learned #1: Take your time and always make the wind/thermals a priority!

Mistake #2: Setting up behind vegetation 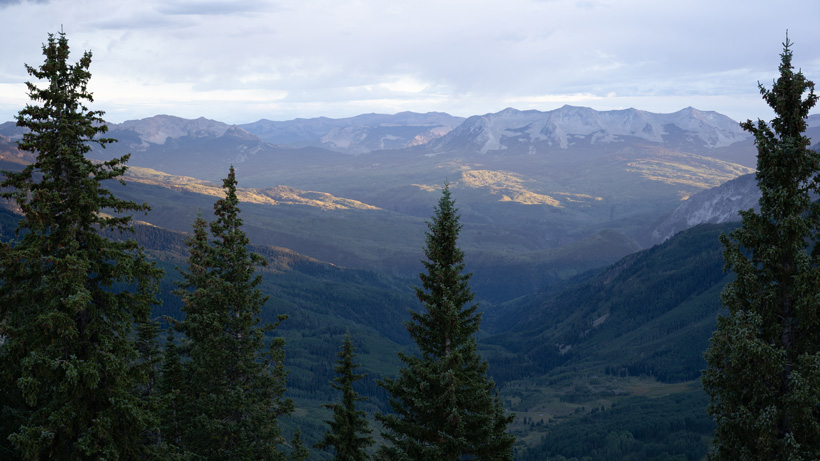 I was in full camo, head to toe, wind in my face, set up behind a tree with an arrow nocked as a bull was working its way directly to me. What I failed to realize was that while my mind thought I was more concealed being behind the tree to hide any movement, I was actually at a higher disadvantage since I was now bound to one side of the tree or the other. This led to me moving more and rushing off a shot at close range, which led to a clean miss. If I would've positioned with my back against the tree and trusted the wind along with my camo I would've been in a better position. Lesson learned #2: Trust your camo and minimize your movements.

Mistake #3: Not being more aggressive

We had a bull screaming his head off, staying in one spot corralling his harem. For about 20 minutes we stayed about 120 to 150 yards away on the outskirts of the harem in an attempt to pull the bull away from his cows by challenging him with bugles and enticing him with sweet, sweet cow calls. None of it worked. What I wish I would’ve known then is that all of those elk were fairly occupied — whether they were being wrangled up by the bull or slowly feeding down the drainage. We slowly worked our way further down and I was able to get a shot off. Yet another miss (I’ll cover that mistake in the next lesson). As for this: lesson learned #3: High risk, high reward. Don’t be afraid to get in their bedroom and take advantage of the love in the air. 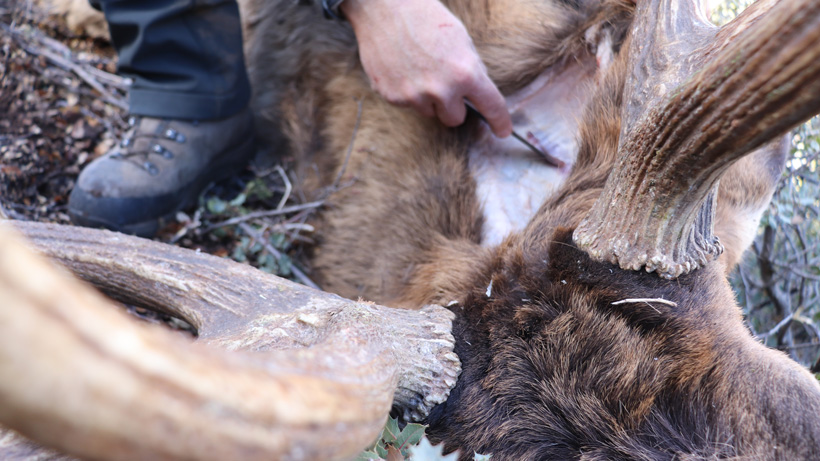 Oh boy, where to start with this one? Learning when to range, when to nock an arrow, when to draw, when to call. I learned the hard way when it came to all the above. In the previous lesson, I spoke about missing a bull, but that was just one of two bulls I missed during the trip unfortunately. The first was due to me neglecting to range the targeted bull. Instead, I ranged the cow that I assumed was beside him. She turned out to be behind the intended bull, which resulted in my arrow soaring over the bull’s back. The second miss was in part to the terrible idea of being behind a tree and rushing the shot. The third wasn’t a missed shot, but a missed opportunity. We had a smaller 5 point on a string working right to us, but because I was gun shy from missing the first bull due to not ranging him properly, I felt I needed the reassurance of ranging the incoming bull (which I knew was less than 70 yards and closing the distance). This led to me fiddling with my rangefinder and the bull catching me, sending him running away, which felt like being caught with my pants around my ankles in church. Lesson #4: Trust your skills and continue to learn the process. One thing I want to become better at is field judging distances to mitigate the need to rely heavily on my rangefinder, which minimizes movements when it counts.

Mistake #5: Quitting on yourself 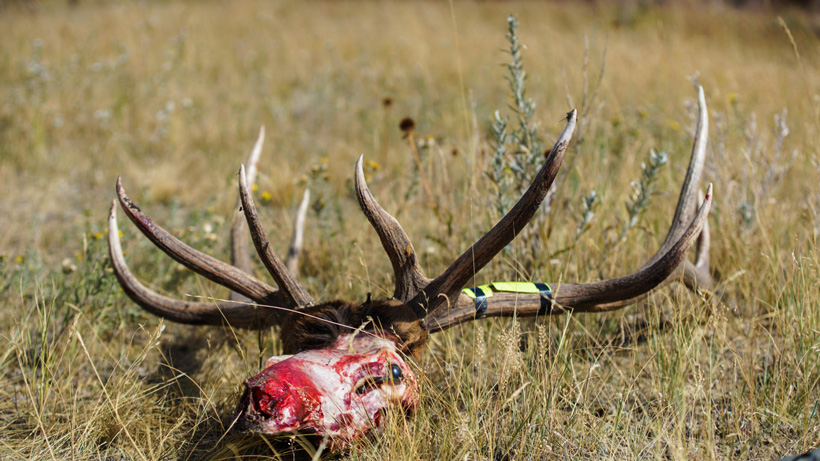 After four days of hard hunting, two misses and three missing arrows later, I was very disappointed in myself. I didn’t talk to my hunting partner during the two-mile walk back to camp after the second miss. I barely ate. I replayed the misses in my head and continued to let errors I made in previous days compound. It was a terrible feeling, sure, but I had to “hunt the good stuff” that came from the experiences. I didn’t wound any elk, opportunities were still plenty, elk were still bugling, we live in the greatest country filled with public land and so on. I had to swallow the pill that I was not very good at elk hunting and open up to the fact that I have a whole lot to learn. Once I sat back and pulled myself out of the hole I put myself in, I began to enjoy the journey. It’s not a race that’s meant to be stressful; it’s a new trade to learn that accompanies my enjoyment of the outdoors. That brings me to lesson learned #5: Stay positive, no matter how terrible things may seem and enjoy the moment.

I learned from these experiences more than any video I’ve watched or articles I've read. You can take away a lot of information from those sources no doubt, but getting your hands dirty in the field through personal failures, defeats and triumphs is where it all comes together. Boots on the ground in elk country will teach you more than this article will, but like articles I’ve read in the past, they can be used as things to do or not to do when you head out next. I went into the hunt thinking I knew how it would all pan out, but the instance when the first bull was screaming at 40 yards in my face, all that internet intelligence went out the window. One of the most rewarding takeaways from any hunting is lessons learned from both failures and successes.