“Trophy” is a slippery term, as individual standards and potential for antler growth in elk populations vary widely from region to region. A bull carrying 260 inches of antler might be a behemoth on hard-hit public land open to general season hunting while a unit 100 miles away may nurture bulls carrying racks in excess of the magical 400 inches. That said, those stags who have survived more winters than their fellows are the trophies, no matter where they are found. Here are some proven routes to downing one of the big fellas.

Some of the largest bulls killed each season in the West are taken from semi-arid landscapes. Numerous research projects have shown that elk prefer habitat in proximity to surface water (creeks, seeps, springs, etc.), especially during drought. Researchers have found that elk normally prefer to live within .5 miles of a reliable water source. 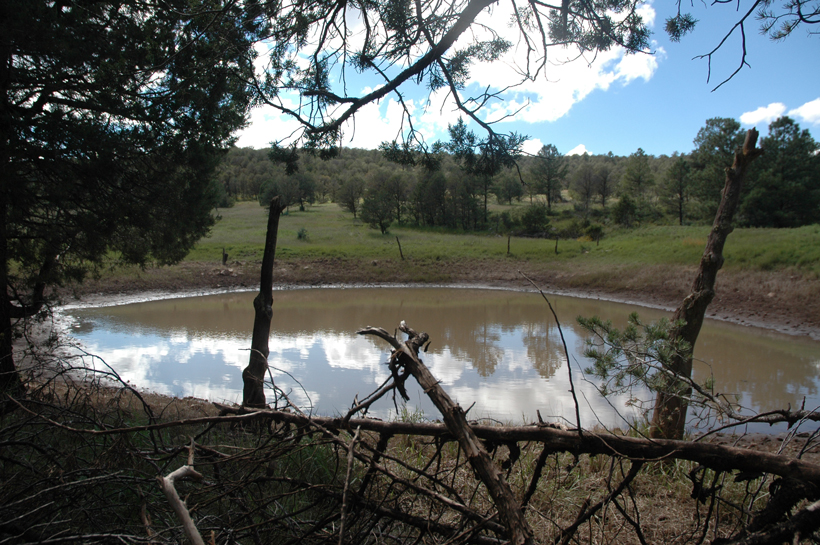 Drought decreases the amount of water elk acquire from forage and also reduces the number of drinking water options. Under such conditions, hunting a water source is an excellent means of getting in range of a trophy bull. However, don’t park on top of the spring. It is well known among biologists that all species of ungulates tend to become acutely aware while watering, as water holes are often targeted by predators. Instead, set up a tree stand or use ground cover on a travel route to the water source, ideally where animals are “pinched” into a predictable shooting lane.

It is the assumption among many hunters that every trophy bull spends the rut in the company of a harem, but such is not the case. Areas with high densities of mature bulls may see intense competition for breeding rights. Antler size is correlated with dominance, but not completely. A bull with exceptional antlers might get his yellow rump kicked by a powerful rival with slightly inferior head-gear. After a whipping, a bull might spend a substantial amount of time in solitude, resting his battered body and restoring his ego.

Thus, lone bulls are not always “satellites” or inferior to herd bulls. My older brother once took a Montana behemoth with nearly 400 inches of antler that was alone during the rut. These bulls may respond favorably to a cow call and sometimes seem to vent their frustration with bugling. Before releasing the firing-pin or arrow, take careful stock of the animal’s rack. I have observed numerous massive, lone bulls during the rut who are outcasts due to the loss of an entire antler or tines that make them helpless in a fight.

Hunting literature is crowded with stories of hunting teams luring a herd bull from his harem into the range of a waiting archer or rifle-shooter, but this tactic is also laden with failure. Big bulls may herd up their cows and boogey when faced with a rival, or a female at the edge of the herd might blow the hunters’ cover. 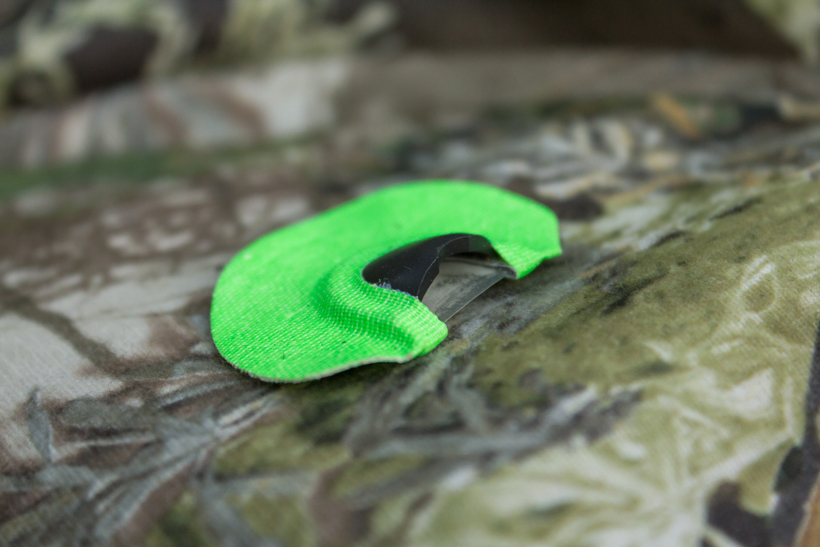 One of the most valuable aspects of a bugle is a hunter’s ability to pinpoint the location of a bull. Instead of bringing your bugles to the bull, pair up, with one hunter bugling from a distance and the other stalking toward your quarry. Herd bulls may keep talking to a faraway rival, but shut up if it moves closer. This tactic is especially fruitful for rifle and muzzleloader hunters who have extended shooting range compared to archers.

Satellite bulls, in the form of raghorns or spikes hanging near a herd bull’s harem, are often encountered on the stalk. Successful sneakers don’t get so focused on the boss bull that they ignore the whereabouts of the youngsters who might spook the entire herd if alarmed. On a Wyoming hunt, I once encountered four spike bulls while approaching the harem master. I skirted the yearlings while my brother kept the old bull in badmouth mode from a distant ridge. The heavy-antlered five-point didn’t meet our standards, but the plan worked perfectly.

Elk hunters are crazy for rut hunts, but there are some advantages to November or early December seasons. After the rut, mature bulls typically depart the cow herds to form bachelor bands or pursue a solitary existence. The biggest bulls are often the first to leave the females. 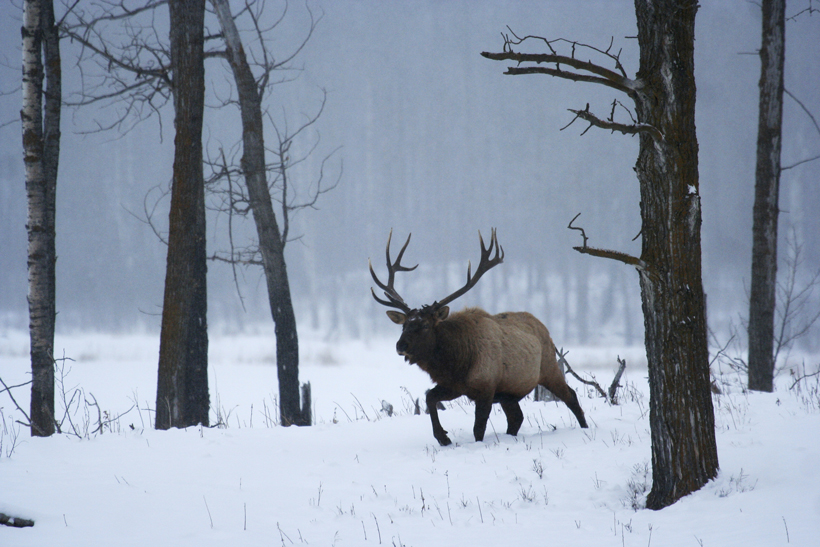 In the weeks just after the rut, bulls feed frequently in a quest to restore depleted fat reserves before winter. The need for feed, coupled with cooler temperatures which promote activity, mean older stags are often on their feet for extended portions of the day. A standing elk, distracted by forage consumption is an easier animal to find and kill than one bedded or mingled in a herd with 15 pairs of eyes and ears.

What represents big bull hangouts after the rut? Focus on areas with abundant security cover and forage. Heavy timber interspersed with small clearings or more open timber with browse adjacent to thick cover are prime places to locate post-rut bulls.

Once the snow flies, trophy elk hunters have the luxury of more easily locating tracks and sign. It should be noted that research has demonstrated the proclivity of big bulls to winter at higher elevations and tolerate deeper snow than cows and calves. Hunters encountering numerous female herds during later seasons in areas with substantial snowpack may simply need to point their boots toward higher elevation to discover the haunts of solitude-loving trophy bulls.

Public land hunters with a general tag in the pocket expect to hunt long and hard to have a fighting chance at a trophy bull. Chances are, they realize the best route to an outsized elk is a license in a hunting unit with restricted bull harvest. However, just because you pull a tag in a coveted elk unit doesn’t guarantee an easy hunt. One of the dirty little secrets of elk hunting in the Rocky Mountains involves the amount of effort it takes to drop a truly big bull, even in a limited entry unit.

In most “trophy” districts, the days-to-harvest (official terminology for how long it takes the average hunter to down an animal) often numbers 10 or more. Trophy districts in several states average two weeks or more in terms of days-to-harvest. Several years ago, I drew a limited-entry tag in one of Montana’s premier elk districts. My bull fell the ninth day of the hunt. Talking with the area biologist, I discovered my hunt was on the short end of average. Days-to-harvest in the district often extended beyond 15. Some folks get lucky. But finding a better than average bull, even in a hot hunting unit, generally demands that the hunter be in it for the long haul.