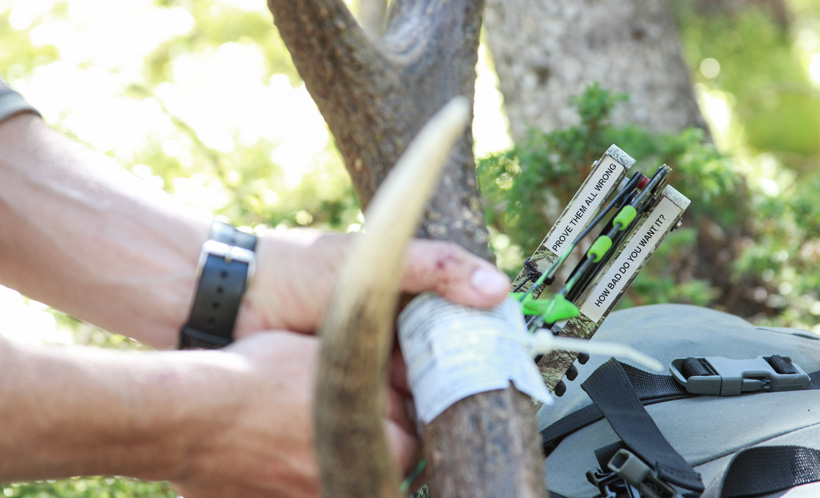 After 20 years of elk hunting, I can honestly say that I am still learning. Every year, these animals continually teach and remind me of that fact. I hope that by sharing all of my experiences and what has worked for me, others can also experience the overwhelming sense of accomplishment that comes after harvesting one of these amazing and very intelligent animals. Here’s a series of tactics that have helped me be successful each year in the pursuit of elk.

1. Staying mobile and backpacking with your camp 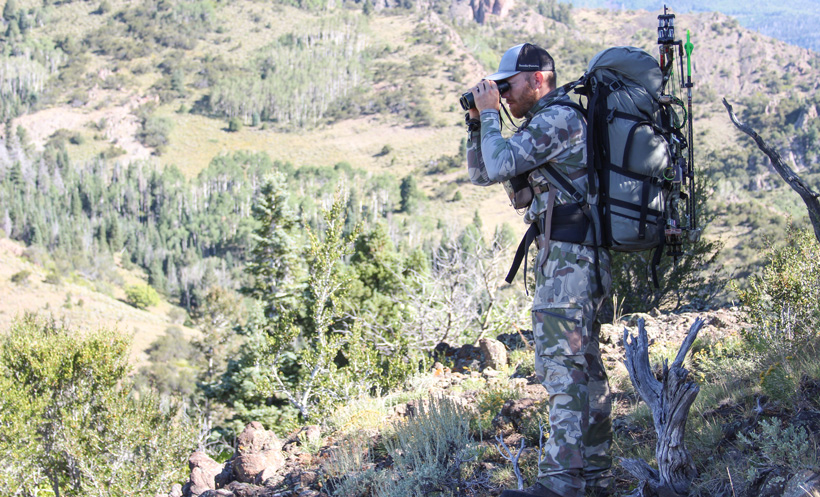 Just in case you weren't sure, let me be the first to say, hunting rutting elk in September with a bow while having your camp and gear strapped to your back is not an easy task. While more often than not, it is a back breaking endeavor, it can also be one of the most rewarding styles of hunting you can partake in. This style of elk hunting has always been my favorite way to hunt elk because it leaves me mobile and able to cover a lot of backcountry without the anchor of having to hike back to camp every night. I’ve always dreaded the feeling of not being able to keep hiking after a herd because I was getting too far from camp. With camp on my back, I can put a bull to bed and sleep close enough to effectively hunt him again in the morning without a monumental hike in hopes of getting there in time — not to mention gaining extra hours of sleep because of not having to get up at a ridiculous time in the morning to make the trek back into elk country. I have tried many different elk hunting methods and this way has consistently helped me harvest bull elk in multiple western states.

In general, you are hunting elk that have heard multiple calls and seen various setups. It is important to get in shape and plan your hunt with the goal that you will separate yourself from the rest of the hunting herd. Nowadays, there aren't many places that you'll go where another archer hasn't been or plans to be. There are tons of articles on hunting fitness and other forms of being in elk shape that I won't spend much time on here. But if you think you’re elk tough and in shape, these four-legged mountain machines may leave you thinking the exact opposite after a five plus day stint chasing them up and down in some of the nastiest terrain the west has to offer. 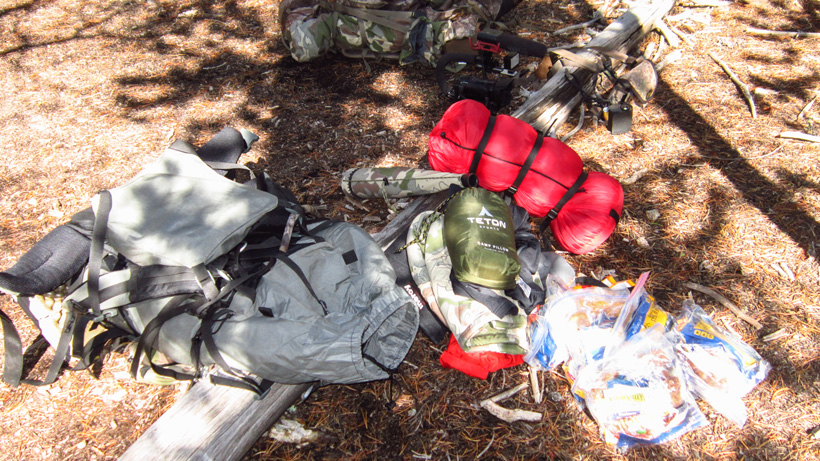 Elk generally feed at night and transition to their bedding area in the early morning. This is another key reason that living out of your pack and sleeping where you left off hunting that evening can pay off in a big way. You already know where the elk might head to feed in the morning so you can position your camp in order to gain an advantage of getting in front of them during this transition. You could have the entire herd walk right in front of you with minimum effort. This can sometimes be so easy it almost doesn't seem fair. But, then again, if the wind isn't right, you'll never even see an elk. If this is the case, I will generally move to get the wind right and then try to get as close to the herd as I can. As the herd moves through the timber to a more secluded bedding area, the cows will wander and the herd bull will scramble to keep them all moving in the right direction. This will leave him open to making mistakes. If you can keep up, sometimes you can capitalize on one of the these mistakes as he keeps his harem together. Another bonus, and something to be aware of, is there is almost always satalite bulls doing the same thing you are, which can make for easy shots on satellite bulls if you stay alert and move through the shadows. Hunt them almost the way a wolf would.

2. Get vocal and call elk in close 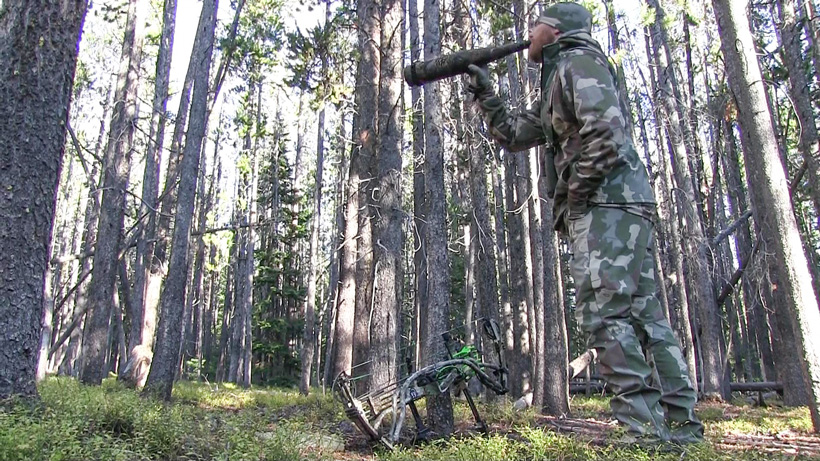 Calling elk has been very productive for me over the years. Yet, more often than not, I am left scratching my head, wondering what happened to the 600 lb. animal that was just destroying the trees in front of me and has suddenly vanished into thin air. I'm sure more than a few can relate to this and have second guessed using calls. Additionally, when hunting solo or with a buddy that cannot call, if you're the only guy that can call, you’re not going to get much time behind the bow. 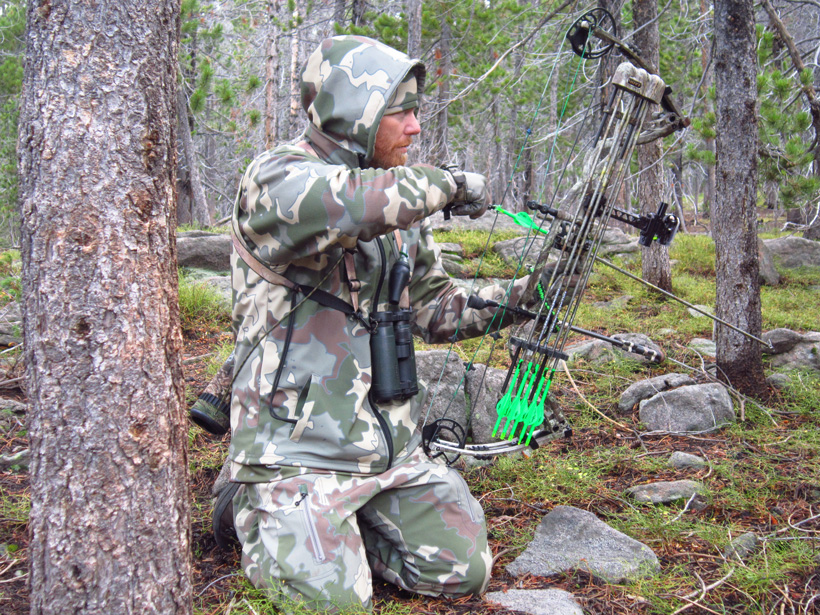 When calling situations wouldn’t work or if I was the only one who could call in my group of friends, I started trying new techniques that might get a bull coming in on a string and still get him into effective bow range. I've tried all kinds of crazy ideas but what really has worked well is what I call the "100 yard dash." This method may seem a little crazy, but hear me out for a few minutes. The “100 yard dash” method means that as soon as the bull gives me reason to believe he is coming in, I run straight at him and close the distance by 100 yards in hopes he will walk by me. This can be very effective if you're in the right setting like heavy timber or thick oak brush. This can turn into some pretty awesome results if you’re hunting alone or just want to harvest a good bull and are not concerned whether he's the biggest bull on the mountain or not. 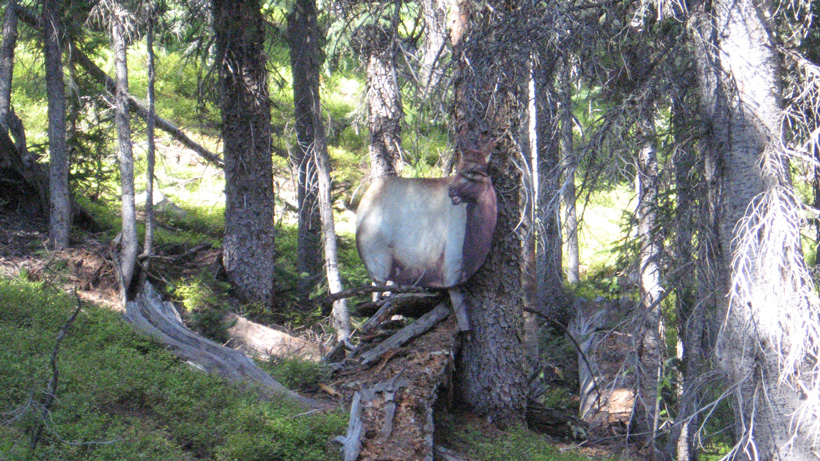 Decoying in bulls is the way that I have harvested one of my biggest bulls, yet it is still a tactic that I don’t have much experience using. In 2009, an old friend and I planned an extended backpack hunt into an over-the-counter (OTC) Colorado unit and, at the last minute, decided to haul a lightweight elk decoy with us. I was hesitant to add the extra weight, but was continually being told on the 10 hour drive to the trailhead of how "awesome" these decoys were and that we needed it no matter the weight. Literally, almost against my will, the decoy was added to our already heavy packs for the six mile hike.

The morning of day three, we had figured out where a bull and his cows were feeding/bedding and knew that when they topped the mountain the wind would be in our favor. This is where we would wait. As the day began to unfold and we could hear the bull bugling below us, I watched in disbelief as my old friend made a mad dash to get the decoy set up behind us. I thought to myself, “Thank goodness there isn't a camera filming this hunt because we would look like idiots sitting in front of this elk that was made of cotton material.” As he slid back into position, I rolled my eyes in disbelief and re-focused on the openings in the timber. I prayed that this bull would walk through. At the pace of a quarter horse full tilt, the herd came boiling through. There were so many elk moving by us that I couldn't keep track of what elk was what and they could care less that I was laying down an array of cow calls to get them to stop. As the herd boiled through the last elk and biggest bull slid to a stop with laser like focus on the decoy, I drew my bow, aimed and made my shot that hit the bull perfectly. The bull stood there absolutely in love with the decoy and fell over in front of us. I looked back at that giant silly grin and, as you can imagine, have still never heard the end of how "awesome" decoys are and are a must for every elk hunter. If this is your cup of tea, then by all means, carry one. 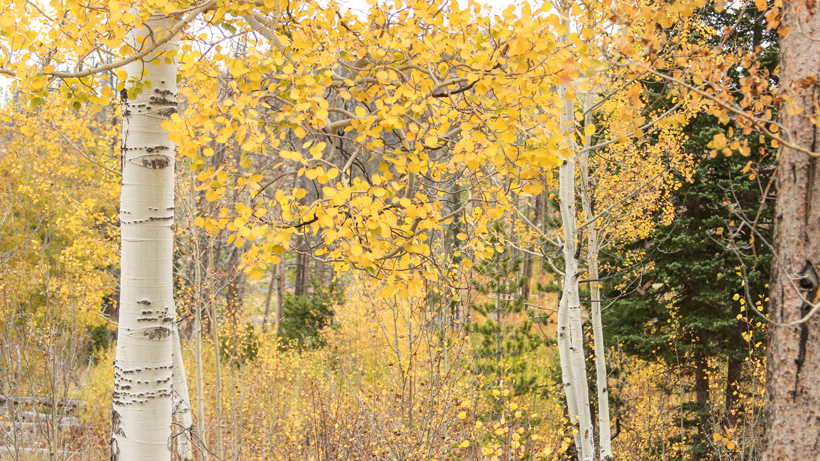 This is hands down my favorite method and the way that I've harvested the majority of my biggest bulls to date is by locating and chasing bugles. I am an okay caller and can carry a decoy with the best of them, but, at the same point, I am not the best caller out there and still haven't been able to wrap my mind over the weight and bulk of carrying a decoy. This is why chasing bugles is my go to strategy for getting an arrow in a bull. The key is to be up and moving as the sun rises, listening for bugles in an area that I know holds elk. I won't touch a call until the morning winds down as bulls are usually very vocal on their own in the early morning. If I can catch a bull that is fired up and calling frequently enough on his own, I will slip in tight and wait for my opportunity — almost like stalking a mule deer. 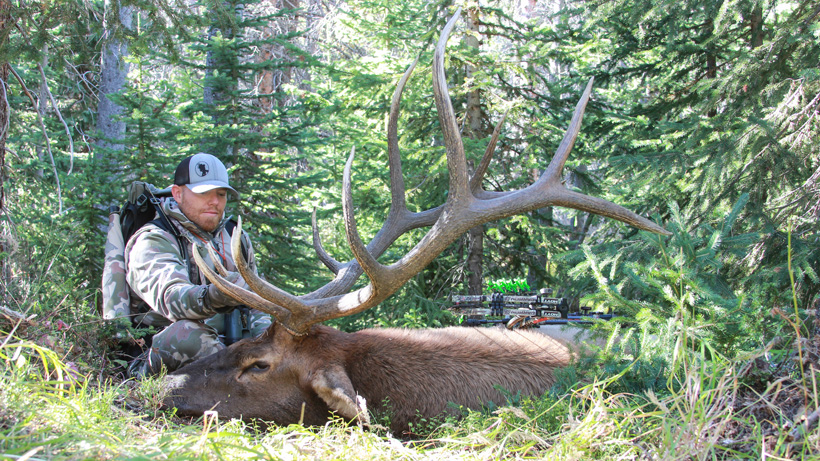 If the bulls aren't bugling much I will "run and gun" by staying high on ridges and bugling into drainages and canyons, looking for a bull that will go back and forth with me. Once I get him talking on his own, the calls go back into my pocket and I will hunt his bugle. In some cases, like a hunt I was on recently, they just wouldn't talk much due to warm weather. We knew there was a bull in the bottom of a certain drainage, but he would only bugle about four to five times throughout the whole day. On the second day, he was back, but only bugled once on his own. Sometimes he would give a us a weak bugle or just a low growl when I would call to him, but not enough noise to pinpoint him. 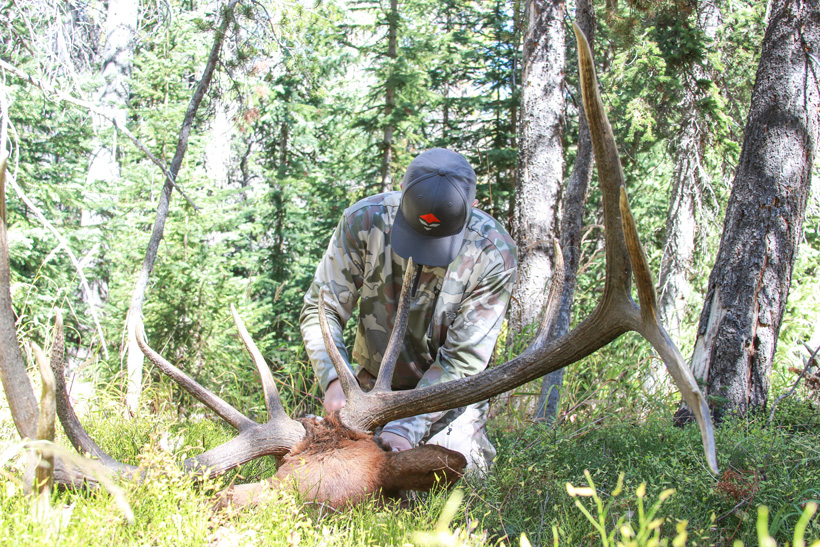 We gambled on one thing. Most of the time, bulls act the same... even during the rut when the bulls are not totally fired up. The one thing that we gambled on was that they will bed with their cows throughout the middle of the day. When the cows begin to move, the bull will get up, bugle, and almost always pick out an innocent tree and destroy it. I rolled the dice and we sat on this bull for the entire day waiting for this scenario. Sure enough between 2 p.m. and 3 p.m., I bugled one time and he fired back. I closed the distance about 200 yards, believing that he was about 600 yards toward the bottom of the drainage and called one more time. This time, I used a cow call and he replied again. This is when the calls went into our pockets and we slipped in like mice. I arrowed the herd bull at 12 yards while raking a tree and standing in a wallow. I truly believe that if I would have kept calling he would have gathered his cows and moved out of the drainage. Sometimes silence can be golden and putting the calls away at the right time can pay huge dividends.

Regardless of your favorite elk hunting tactic, we all can learn more by hunting elk every year. With the interactive tools found on goHUNT’s INSIDER, you are loaded with information for the OTC elk hunter or the guy who just drew a limited entry tag after applying for 20 years. These tactics will hopefully help you punch your tag and leave you with fewer seasons of tag soup. Hunt hard this year and I hope to see you on the mountain.