Tips for buying a used bow

Years ago, I was working on a scorching roof, bouncing stories back and forth with a local framer. Dude was — and still is — a hardcore hunter. He told me a story about him and his son archery hunting javelina here in Arizona. Sounded like a great hunt, but what caught me off guard a bit was something his son said to him before heading out. He saw his dad take out his old grizzly reflex bow from years back and chuckled a bit. He said, “Dad, there’s no way those cams are going to get the job done.” The dad responded with something along the lines of “Watch and learn.” Long story short: they both had a great hunt, but I got something a little different from it. You don’t need the latest and greatest of everything and a bow is no exception to that. Bows get more comfortable and efficient each year that goes by, but it doesn’t mean that bows of that past don’t kill just as good. An arrow flying through the vitals is just that. In light of this, let’s take a look at some tips for buying not a new bow, but a used one. 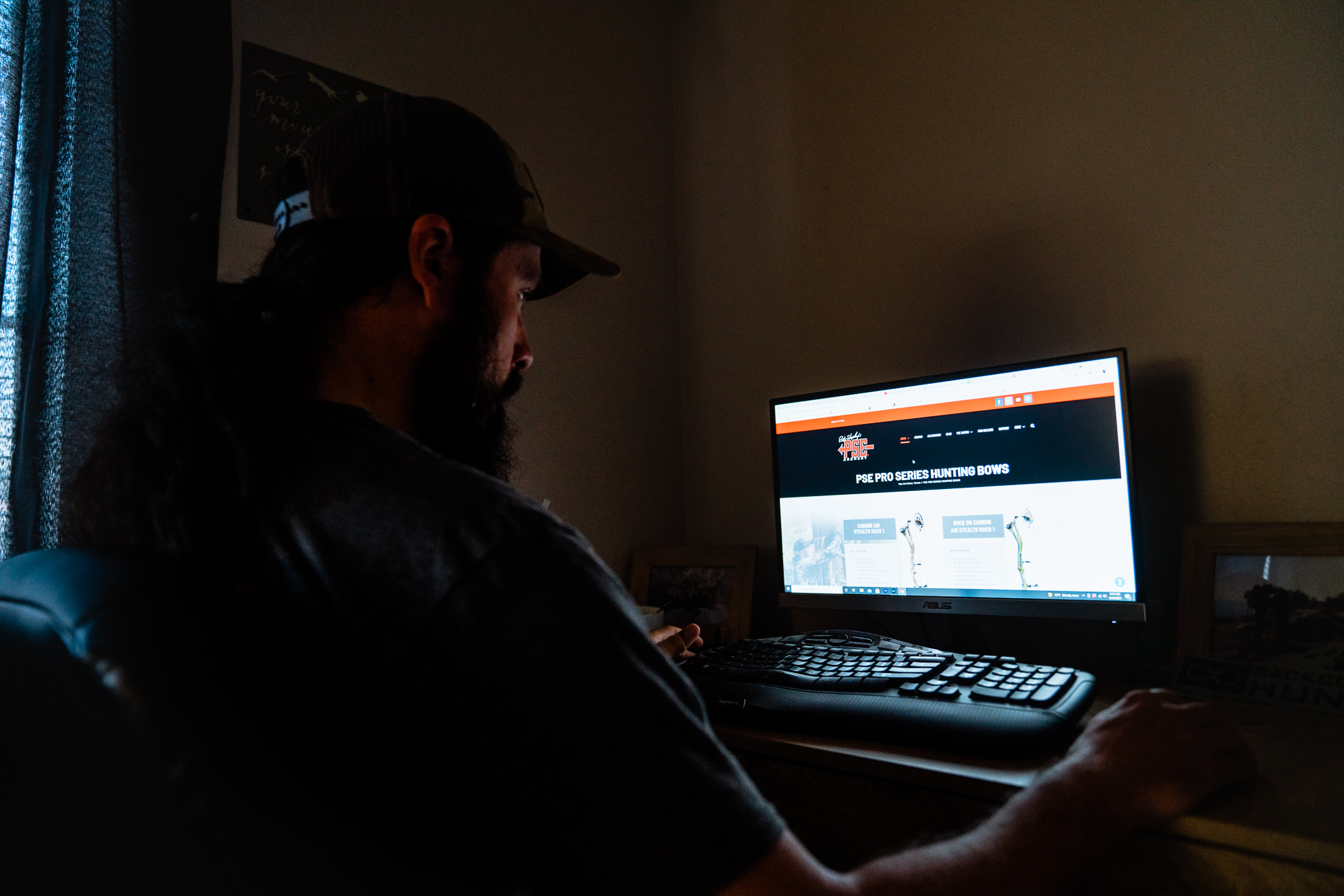 We live in the information age. Pretty much anything and everything can be found out with a few clicks of a button or swipes on a screen. So, take advantage of that when considering a used bow. The good thing about slightly older bows is that there are plenty of reviews out there on them. The masses have had an adequate amount of time to really put these through the paces in a wide variety of conditions. Both pros and cons will be very apparent. Search forums and YouTube videos going over the bows you are interested in. Going off of aesthetics and general specs is not enough, especially when buying used. We need to know about any potential issues before pulling the trigger. For instance, sometimes there are recalls on certain parts. I had this happen to me on a bow I had years ago. The original cam was faulty, so the company responded with a version to rectify the issue. In this case, with this particular bow, a great question to ask a seller is if the cam had been replaced.

And while you’re looking up info on a certain bow model, notate the price. Look at the new price and what the going rate for a used model is. This will not only give you an idea of what you’ll be looking at spending, it will also help feel out certain potential sellers. For instance, if a bow is going for an average price of $500 used and someone is selling it for $800, that deserves some digging. The same can be said for the opposite. Maybe they’re selling it for $200 instead of $500. Situations like this are cause for question. Know what you’re walking into before walking into it. 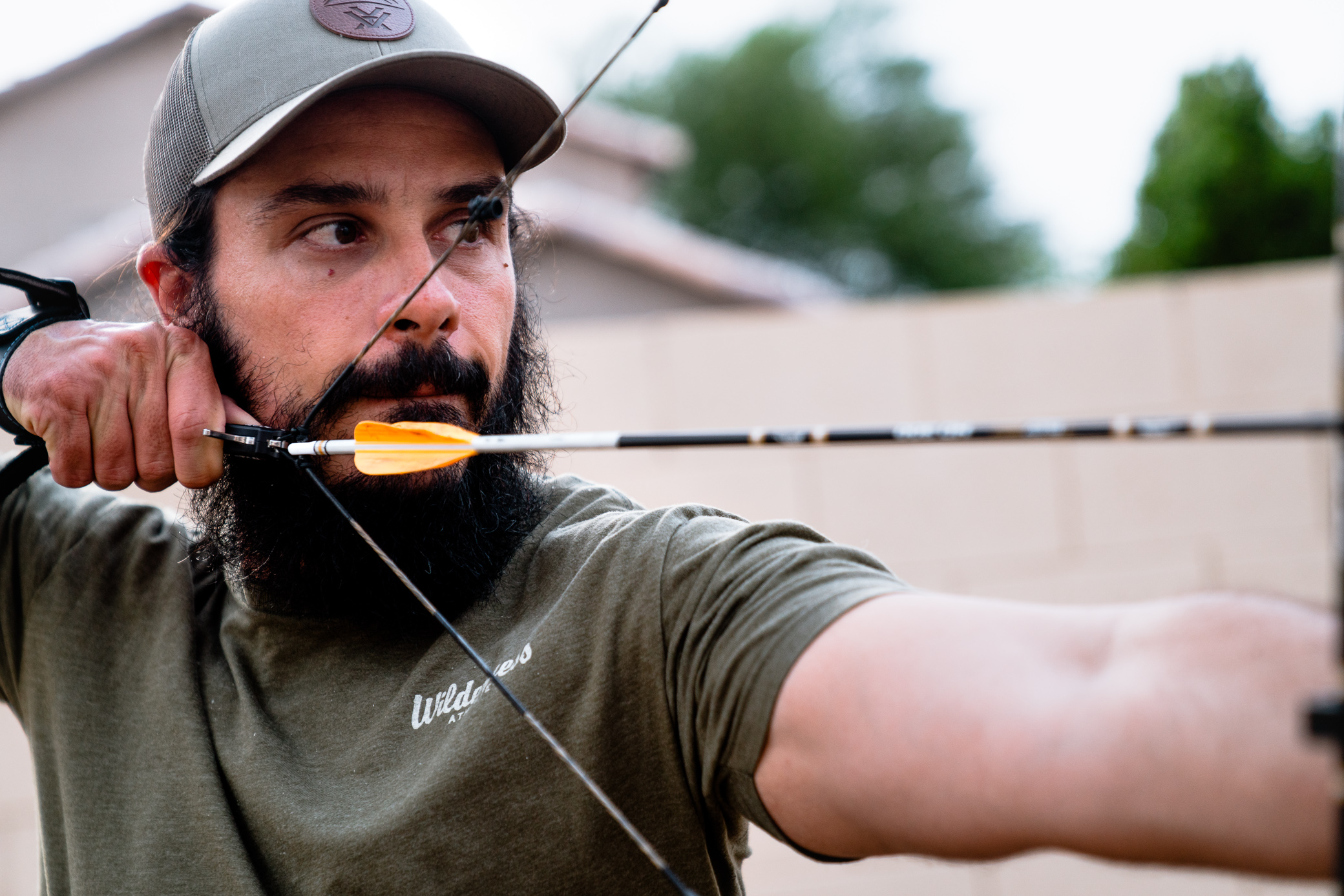 Now, this is much easier said than done, especially if you’re considering buying from a private seller. It’s nothing that can’t be figured out though. Before actually buying the bow, you need to shoot it or at least shoot the same model somewhere else. There is only so much you can tell by reading reviews and watching videos online. The only way to truly tell if a bow is going to be right for you is for you to shoot it. What might feel like the perfect bow for someone else might feel quite the opposite to you. Pro shops are great for this as they’ll have a small range indoors where you can try out bows they are selling. If you’re buying from a private seller, consider bringing a target along. Just make sure the bow is somewhat close to your draw length and poundage you’ll be shooting. If not, see if both of you can either make the necessary adjustments on your own or bring it somewhere that can. Also, be sure to give these bows an inspection before shooting. Take a look at the string and make sure there is no major fraying. If there is, don’t shoot it until that is taken care of. Safety first. 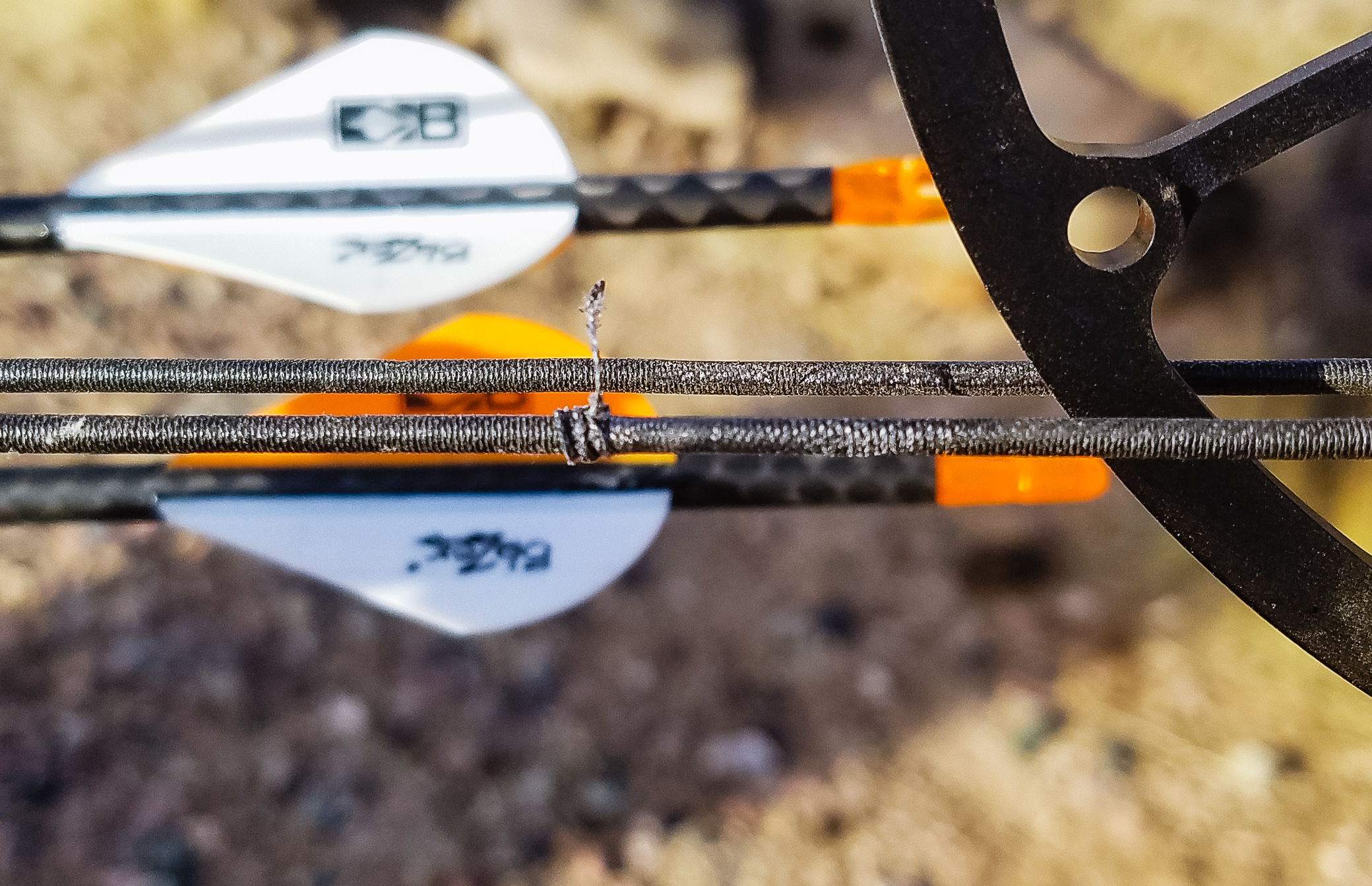 Buying things online has never been more prevalent than it is now. On top of what’s been going on in the world with the pandemic, it’s also just incredibly convenient to have something delivered to your door without sacrificing your own time to go out to a store. We’re busy folks and time is a commodity. These sight unseen online purchases work just fine for many things, but used bows are not one of them. Would you buy a used car without seeing it in person first? Probably not. A car needs to be looked at and driven. The same thinking needs to be applied to a bow. Bows need to be held and, at the very least, inspected before a purchase. It’s easy to hide imperfections in photos online. I’m not saying everyone out there is trying to get over on you, but I’m sure you work hard for your money and don’t want to buy something with an unfortunate unseen surprise attached. So, unless you have unwavering trust for the seller, try to set up a meeting to see where your money is going. Pay attention to the condition of limbs, cams, string and cables. Listen for any weird noises during the draw cycle. If it sounds like something is loose, it probably is. Again, If there are any noticeable frays on the string, it’d probably be best to not shoot it until getting it inspected by a professional. 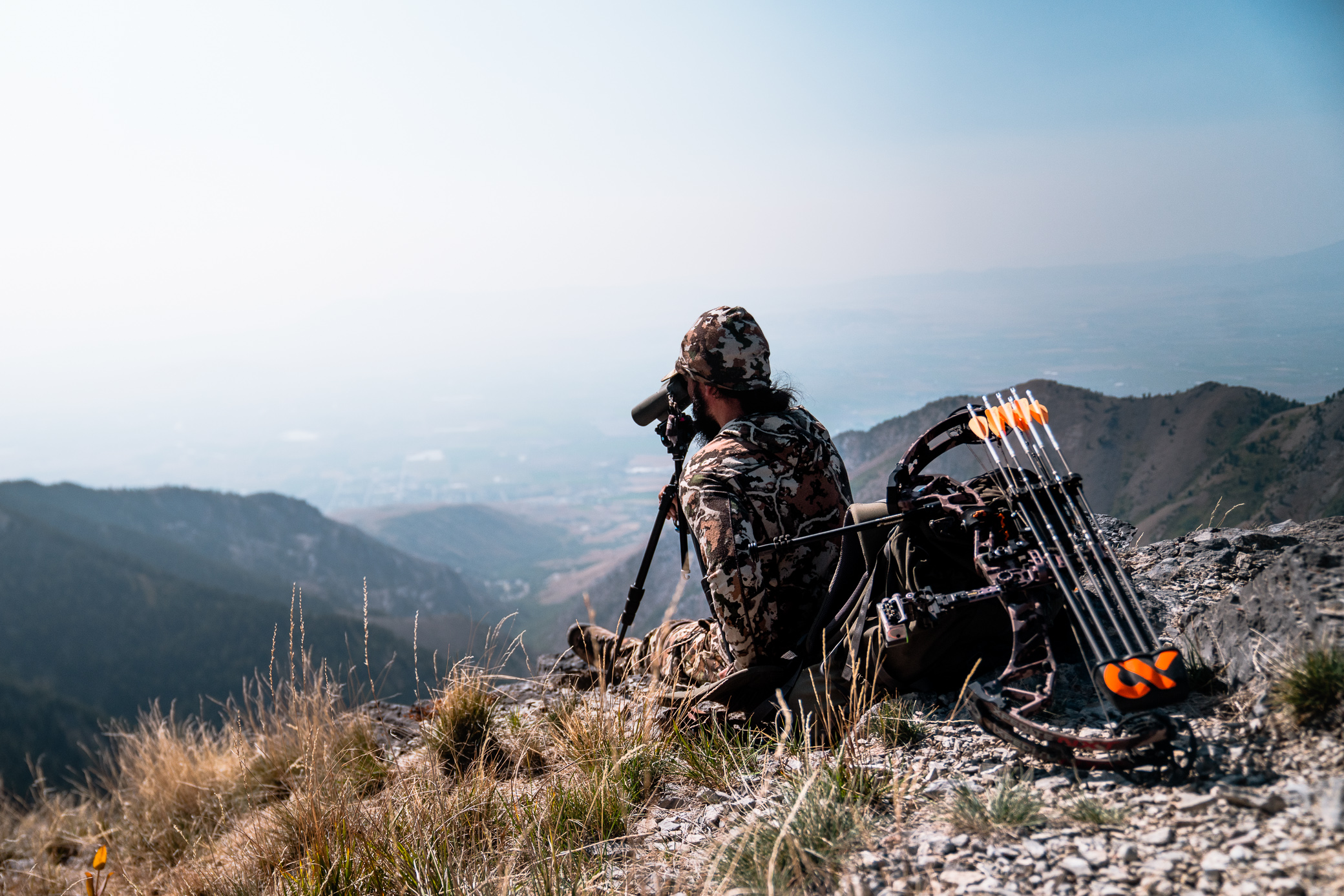 Looking into the used bow market, you’ll find a wide variety of aesthetics. Some bows will look like they were shot one time and put away. Others will look like they’ve been dragged through a scree field and have seen more mountains than some will see in a lifetime. While appearance definitely has its appeal, it certainly isn’t everything. I’ve sold off bows before where you couldn’t even read the label on the limbs from so many scratches. Aside from that, the bow shot perfectly fine. However, you wouldn’t know that until shooting it. Functionality is more important than appearance. A bow’s look can be changed easily.

If appearance does bother you that much, not all is lost. After all, you’re going to have to look at the bow a great deal of time, so it may as well be pleasing to your eye. Consider getting the bow dipped in a different color/camo pattern. When done right, these bows look killer. Of course you’ll have to increase your budget a smidge to do so, but it’ll be worth it. If that isn’t in the cards, a person could even just spray paint the bow. I’ve seen hunters do that with success. Plus, it’s kind of cool painting on your own camo pattern. 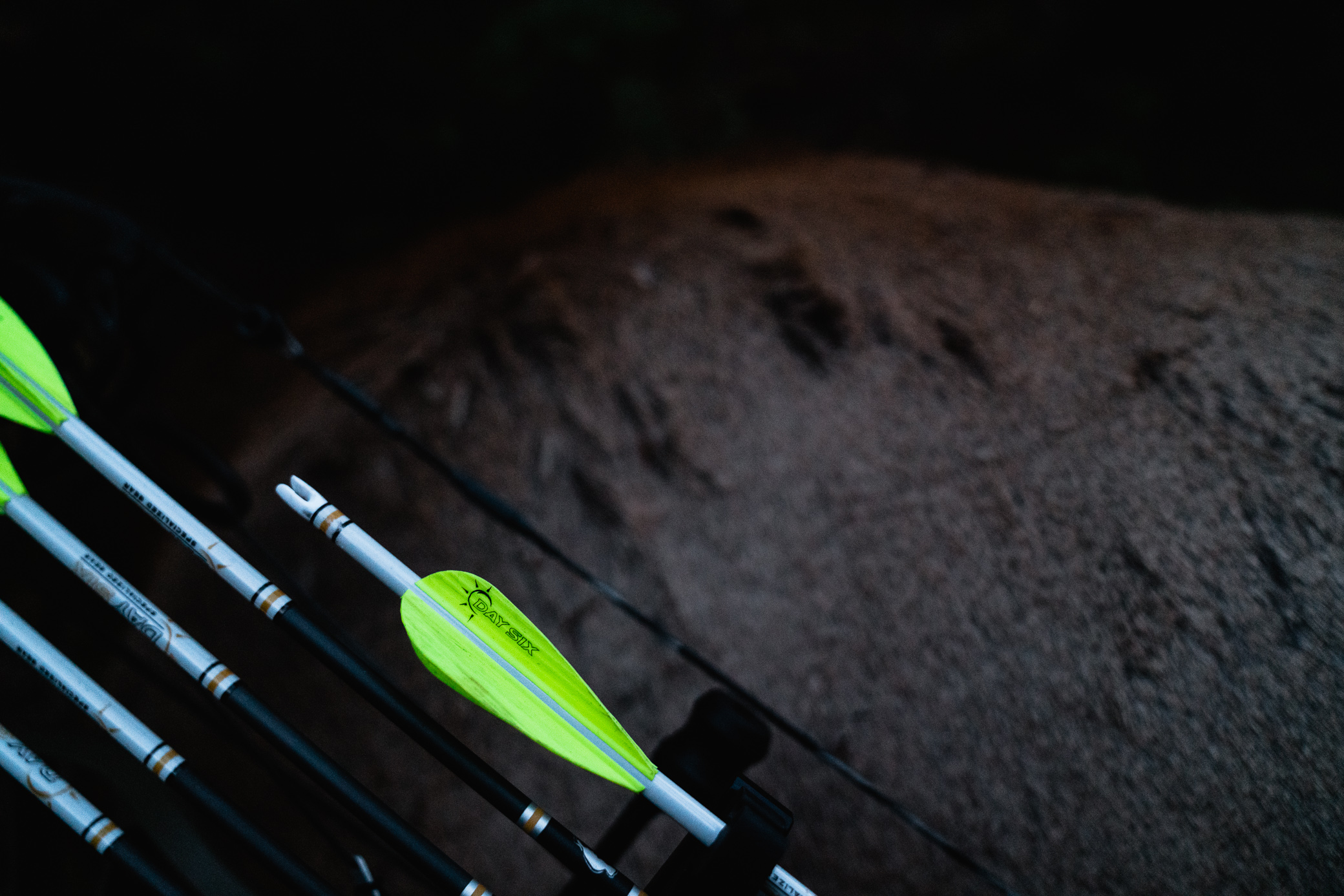 Used bows may cost less money, but that doesn’t mean they are any less effective. They offer a great route into bowhunting, especially for newer hunters. It allows someone to jump into archery hunting for far less green. And for the beginner who isn’t even sure if they’ll like bowhunting or not, I say save the money. Instead of spending money, spend time learning about your new craft. There is much more to bowhunting that sails way past the bow in your hands. Veteran bowhunters know this and are also fantastic candidates for the used bow market. The money saved on a used bow can be put towards more tags in their pocket, gas money for these hunts, etc. Bows get better as the years roll on, but the one that wields them controls the lethality.

My first bow ever was a used one. I shot that thing so much the dang bow probably got sick of me. It shot just as well as my dad’s then brand new bow. Last I remember, both of us were hitting the bullseye. And, in the end, that’s what matters.

Pick up your archery accessories here