Three things to think about in the heat of the moment 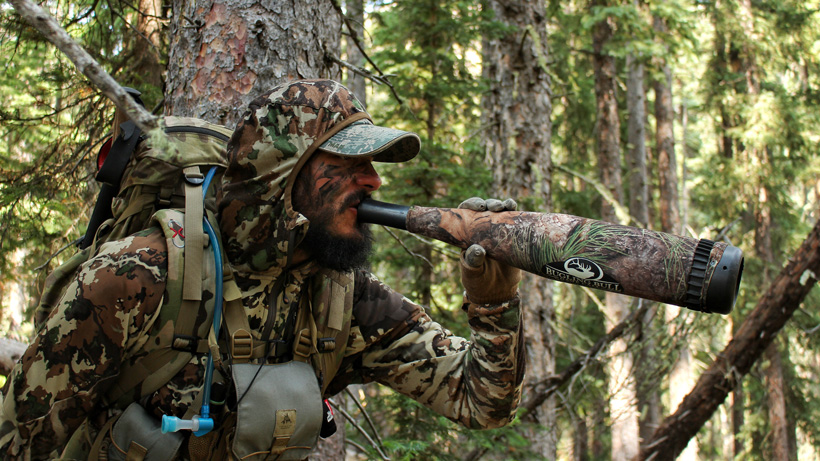 Eight days into a backcountry elk hunt, I knelt atop a timbered bench at 11,000’ waiting. We had spotted a herd from a ways off move down into this area and made the push up to try and meet them. What we were met with was the prehistoric war cry of a bull elk ready to take on anyone and anything. Just what we were after. Quickly, we found ourselves in a battle of vocal chords. Then, the bull decided he’d had enough. To my left, antlers came slowly bouncing in our direction. Right as the bull walked behind a tree, I drew my bow and waited. He would come out on the other side and I’d be ready. At least I thought I’d be ready. Once the bull walked out, my mind was in such a haze, I couldn’t even tell you what pin I aimed with. Sadly, I pinwheeled the bull right in the shoulder blade and got very minimal penetration. In the heat of the moment, sometimes what you think you know has a way of escaping when you need it most. A solution I’ve found for this is having certain things to think about—things that keep you on track. 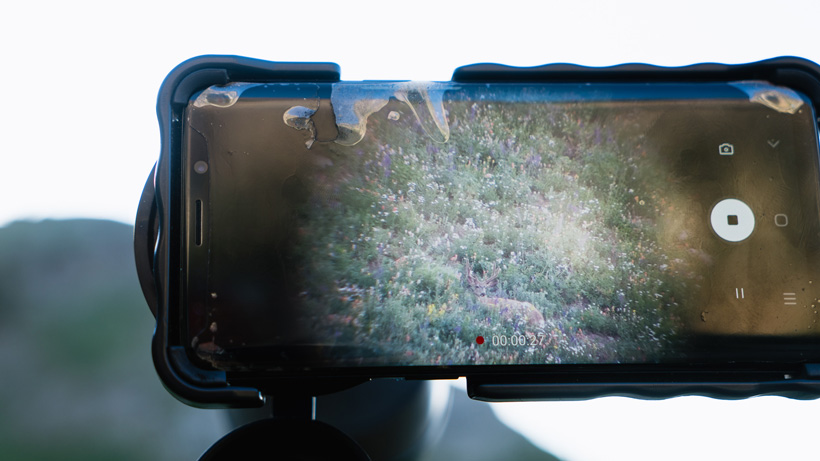 Being in archery range of a live animal is no doubt a thrilling experience. When you can see their eyes blinking and the individual hairs coming off of their face, it’s easy to see why our focus gets skewed from time to time. Being a part of those moments is just cool. Panic is another thing that can happen here. Maybe, the second that you see an animal, you come unglued and let an arrow fly without assessing the situation, which leads me to the point of this section. Something that I try to think about right off of the bat is my opportunity. Recognizing your opportunity and focusing on that is a great way to try and mitigate this rush. I’m talking about noticing when the animal turns and offers up a good shot angle. Recognizing when their head is down or eyes are behind a tree, so that you can make a final approach is another one. That would also be a great time to draw your bow, an exaggerated movement that seems to often be overlooked by bowhunters. We’ll get into that soon. Reading this intense situation can help separate yourself from the intensity. Not to mention that this is an essential part of making a quality shot, which we all want. 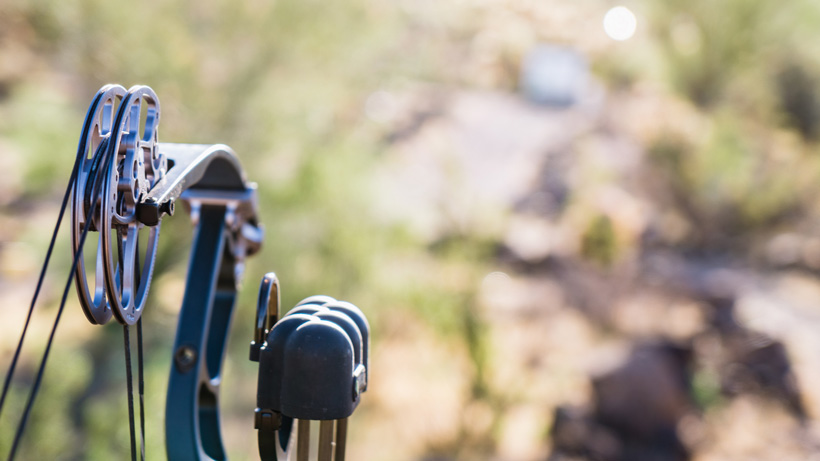 When you’re in the red zone, everything matters. The rocks and sticks beneath your boots, that extra step to the side you need to take for a shot and how you draw your bow. Animals spot quick movements way easier than slow ones. Think about it in terms of humans. You’ve got a buddy that stands off to your right in your peripheral vision. One time they wave at you erratically and the next they very slowly wave without pushing their hand out to the side of their body. Which do you think will be easier to see in your peripherals? The erratic movement will be noticed way quicker. Same thing goes for critters.

The reason I bring this up is that I’ve noticed how newcomers to the bow life seem to forget about their bow and the act of drawing. Just a few weeks ago, I was helping a good friend on his first archery elk hunt. During the whole stalk on a feeding bull, he was calm and sneaky. Once the opportunity came for him to stand up and draw, though? Different story entirely. He stood up quickly and drew quite fast. It was almost as if he was back at the archery range. So, I think another great thing to think about in the heat of the moment is slowing down. I understand that, sometimes, we’ve got to make a move quickly, but we’ve usually got way more time than we think. Practice things like drawing your bow back slowly and not “sky drawing.” These are erratic movements that will easily be spotted by animals. Slowing down has a way of calming you, too. 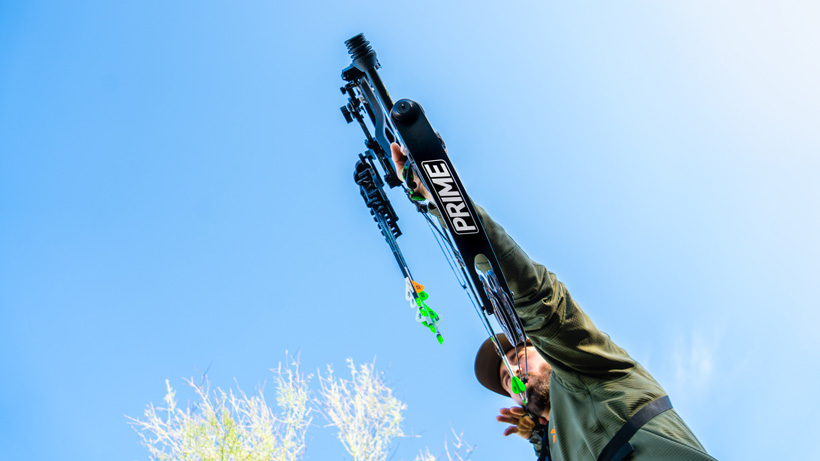 Now, for the final act, right? Executing a good shot is the last step in the equation and the most intense part for most of us. There is a nervousness that comes with executing a shot on an animal; a feeling of anxiety that the thing you’ve been working towards will walk out of your life sooner rather than later. This has a tendency to kick patience right out the door and leads to a rushed shot. The taking of an animal’s life is a big deal and once you touch off that release, there’s nothing you can do. Take the time before season to come up with something to focus on that will help execute a perfect shot. For me, I pick a spot and pull. For others, it might be a nice breath out or getting the perfect anchor and grip. I’ve heard some say that as long as they anchor properly, everything will just happen naturally after the fact. Each of us might be a little different here, but the fact remains: stay in the game and focus on executing a good shot. It’s your last move. Checkmate. 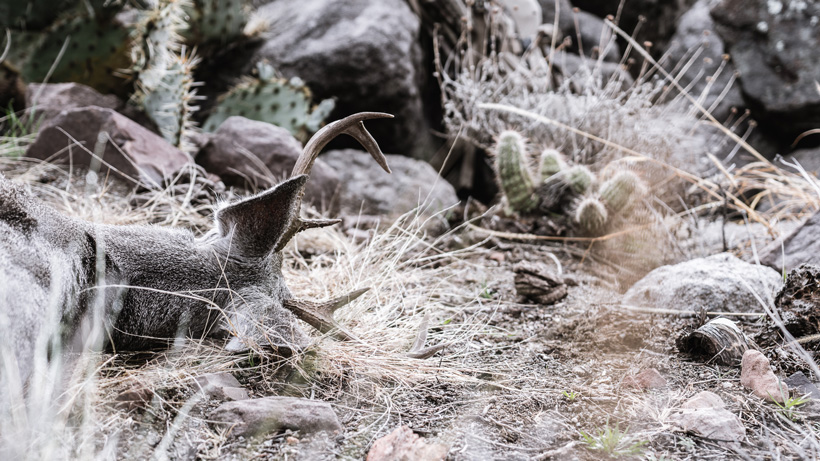 If it wasn’t for the “heat of the moment” that bowhunting offers, I daresay that many of us might not participate. It’s one of the reasons so many are drawn to heading afield with archery tackle. We might get fewer opportunities for shots than rifle hunters, but each one we do get, usually leaves an imprint on us. These create memories etched in stone—whether we send an arrow or not. So, with these tips above, the objective isn’t to make that rush go away. They’re meant to merely help manage it. Heck, I never want that rush to go away. It’s a part of the game that I crave. However, in that small moment of mental chaos, we have a responsibility. What’s it going to be? Checkmate?