The most frustrating part of bowhunting 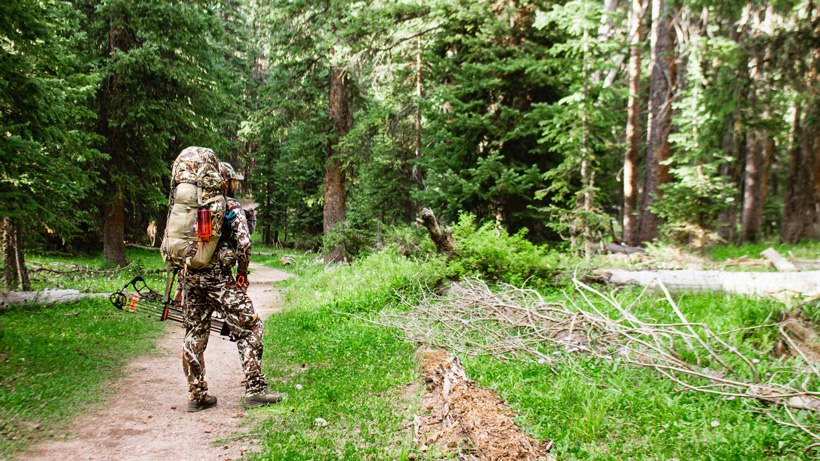 I spotted two bucks feeding in a small meadow right beneath a steep face. It was the second evening of a backpack hunt for high country mule deer. These bucks were in a great spot for a stalk. If I could get around and come in over the top of them on the steep face, the chances of me getting a shot was pretty good. In minutes, I was on my way over there, leaving my brother behind to watch the bucks. On the way over, a thunderstorm blew in on me. I didn’t care though. There were two great bucks in a great spot and I was getting over there.

Each time the wind would gust, I’d inch closer to the edge of the steep face where the bucks were feeding. With each step, my mind raced. Would this actually work out? Then, as if I weren’t even there, my velvet dreams stepped out below me. The rangefinder read 39 yards. With an arrow already nocked, my release took hold of the bowstring and I began to draw. Out of nowhere, my arrow began to screech across the rest. That was all it took to watch my velvet dreams run out of my life for good. Success can seem so close and then be taken away in an instant. Sometimes, bowhunting really drives me nuts. But what’s the most frustrating thing about bowhunting? Where do I even begin? 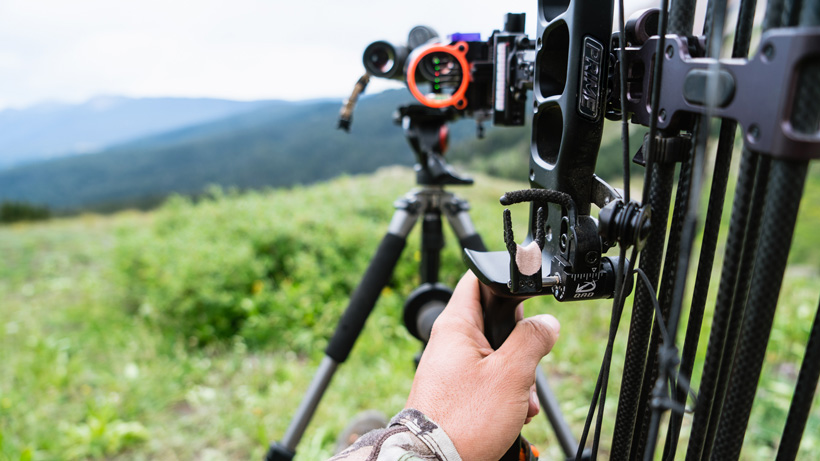 In bowhunting, your gear matters over and over again. It is imperative that you stay on top of these things through the season and, even, during the offseason. As time goes on, little imperfections can arise here and there. Add up a few of them and you might not be hitting that bullseye as often as you’d like. The pro shop that I frequent always tells me stories about how folks will wait until the week before archery season to shoot their bow and bring it in then. These are things that you want to have dialed in beforehand—not just for your own well being, but, also, because most pro shops get pretty busy right before the season. A hunter could risk not even having their bows in time for a hunt. The story I mentioned above is a great example of not staying on top of the gear. I will admit that I did notice a slight noise here and there during my practice sessions, but didn’t think anything of it, to be honest. Boy was that dumb. A lesson learned and one that I won’t soon forget. Stay on top of your gear, so you can stay on top of your hunt. 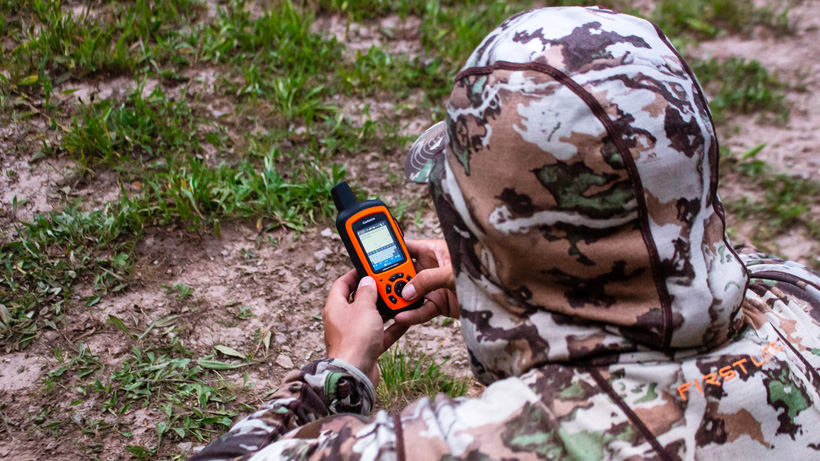 An essential in the field, the Garmin inReach Explorer+ Satellite Communicator.

The mental roller coaster that comes with bowhunting is one that many take a ride on. Some folks handle it better than others and others just end up not being able to hack it. There is a lot of disappointment that comes with bowhunting—no matter how much it is romanticized. Archery hunting is much more attractive on the surface than it is underneath it. I think that the idea of bowhunting appeals to our ancestral nature. New hunters see high-quality hunting films and are instantly inspired to get out there and chase their goals. I love that. Many times, though, when they get out there, they are met with something different than what they saw on the big screen. They are met with adversity. Bowhunting is not something that comes easy and it hurts that much more when an opportunity you worked so hard for falls between the cracks. What separates the successful from the unsuccessful in most cases here is grit and determination. It is the ability to get knocked down and then get up again (Chumbawamba reference not intended). 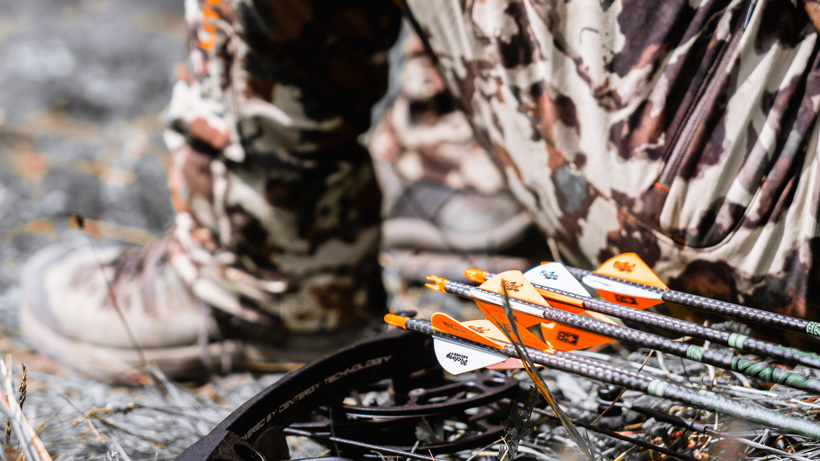 A phrase that more than a few seasoned bowhunters have mentioned when conversing about archery hunting is “when the stars align.” For some, that might sound a little much, but there is definitely some truth to it. Think about this. We cannot control the wind or where animals walk. Mother Nature will do as Mother Nature wants. Hunting pressure is also something that isn’t 100% in our court. I’ve been there. You get up early, hike into your spot in the dark and, then, are met with the sight of someone else walking in as well. Suddenly “your spot” isn’t yours anymore and Plan B might need to be put into action.

Can we control if an animal jumps the string on us? The answer is no. I’ve seen deer that weren’t remotely aware of someone’s presence suddenly duck the string without warning. Because of all of these variables, you very well might say that the stars have to align to fill an archery tag. Here’s the thing: The more effort you are willing to put in, the more those stars will start to align. At least that’s what I’ve noticed.

It’s so worth it 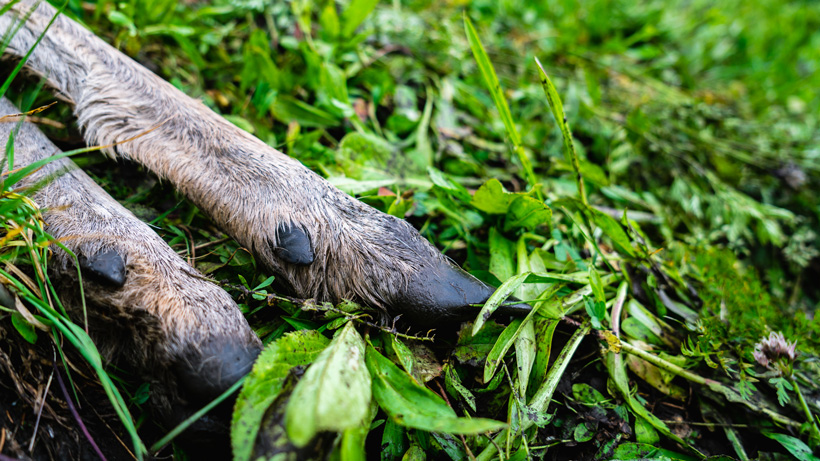 Despite the adversity that so often comes with bowhunting, it is worth it. Call me a glutton for punishment, but when everything comes together, it’s hard to put into words the range of emotions you experience. All of the failures before that point rush over you like a tidal wave. Soon, the feeling of success makes all of that heartache go away. There is a reason that grown men will weep over an animal that fell to their arrow. Their tears are filled with both remorse and joy. There is a reason why so much effort is put into archery hunting by folks each and every year. It has become a lifestyle for many. And there is a reason why you are reading this article. Frustration during an archery hunt is something that we have all experienced and will continue to experience from time to time. It’s refreshing to talk about it. It lets us know that we aren’t alone in our head-scratching moments. So, what is the most frustrating part about bowhunting? For me, it’s that I don’t get to do it more often.