Is bowhunting an ego thing? 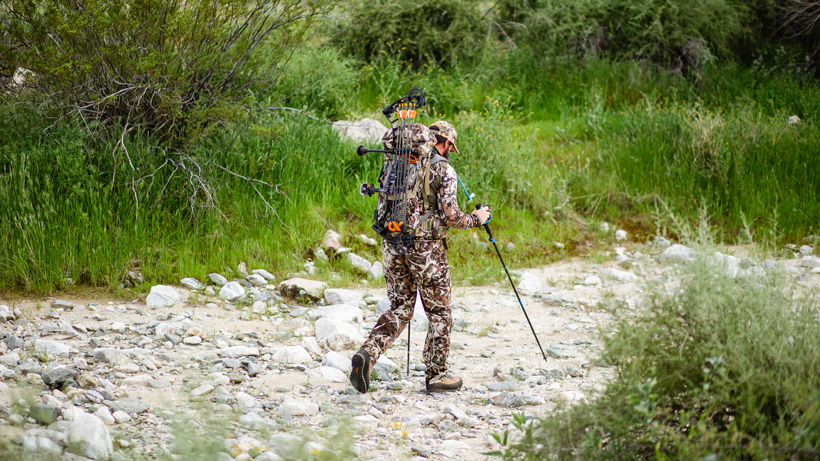 As a youngster, I truly looked at bowhunting like it was a stress test; a seemingly impossible feat that only the few who had free time out the wazoo could master. Something that sounded so hard that it almost didn’t even warrant the time it would take to get to the finish line. Being a consistently successful bowhunter is indeed hard. Nowadays, what was once something I thought only the people with a screw loose would embrace, has turned into the cool new thing. More people are bowhunting and choosing to do so right off the bat — even as beginners. I love seeing this. It encourages people to get outside and enjoy the “real world” as I call it. There are also those that are “bowhunting only” types of hunters — folks that dedicate 100% of their time to the art of archery hunting. A rifle isn’t even in the cards for them. Looking at both of these things causes me to ask why? Why are people gravitating towards the bow and not just picking up a rifle like most did in the past? Is it because they truly love it or has bowhunting become somewhat of an ego thing? 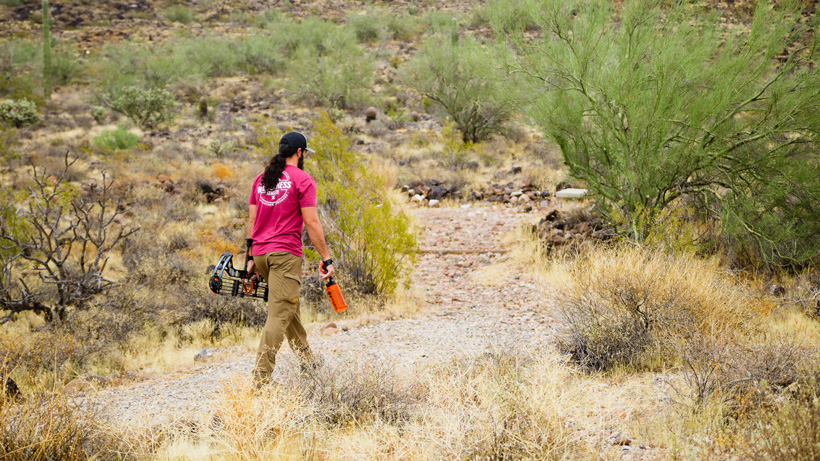 Let’s talk about ego for a second here. Ego can be defined as “the self especially as contrasted with another self or the world.” So, it’s how one thinks of themselves compared to the rest of us. All of us have one whether you admit it or not. Right off of the bat, this word is commonly viewed as negative. This is true when it is thought of at one extreme end of the spectrum, of course. The high end. Hearing that someone has a big ego seems to always put a bad taste in our mouths. Folks that are so full of themselves that they think they are the best thing since sliced bread and they make sure everyone knows it. There’s also such a thing as a small ego. Somebody who has very little self confidence in themselves and thinks they’ll never amount to anything in life, which is pretty sad. Both ends are unhealthy, if you ask me. There is a fine line between self confidence and ego. Striking a balance between the two is where I believe most people land. We want to be confident in ourselves and our abilities, but not to the point where we talk down to others and belittle them. I think it’s also important to be honest with ourselves. Humility is healthy. 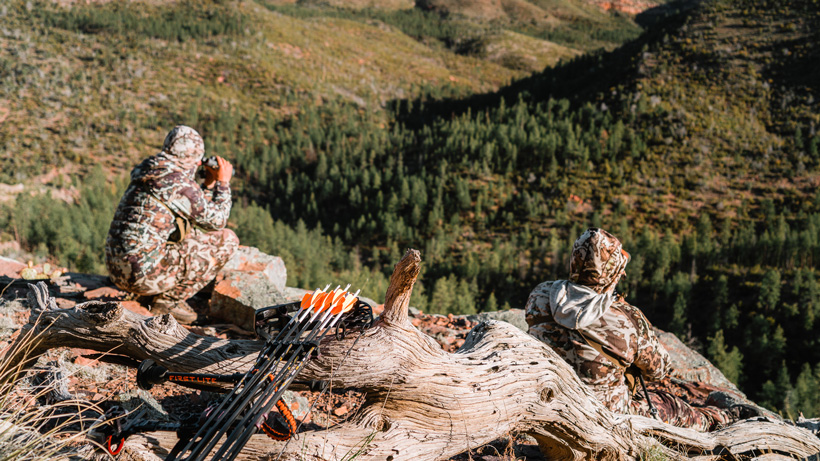 Now, let’s dive into bowhunting. Bowhunting is pretty incredible on many fronts — two being experience and difficulty. The potent experience that bowhunting offers is unmatched in my opinion. It forces us to get close for shots, which causes us to spend more time in an animal’s presence. The close encounters you have with animals are ones that will be branded in your mind. Being at full draw and seeing the nostrils of an elk take in its surroundings is unreal. Alongside that comes the difficulty. You’re not going to just walk out there with a bow for the first time and fill your tag. At least not most of us. Being able to do this takes discipline and doing it consistently requires even more dedication. It is just flat out hard to put yourself within archery striking distance of an animal.

And when it does happen, being able to hold it together enough to make a quality shot is a whole different battle. The biggest reward — aside from the therapeutic times we spend in the hills — is when we are fortunate to fill a tag. That feeling right there is uncanny. It is about as pure of a feeling of accomplishment as you can have. There is a reason bowhunting success rates are so low. 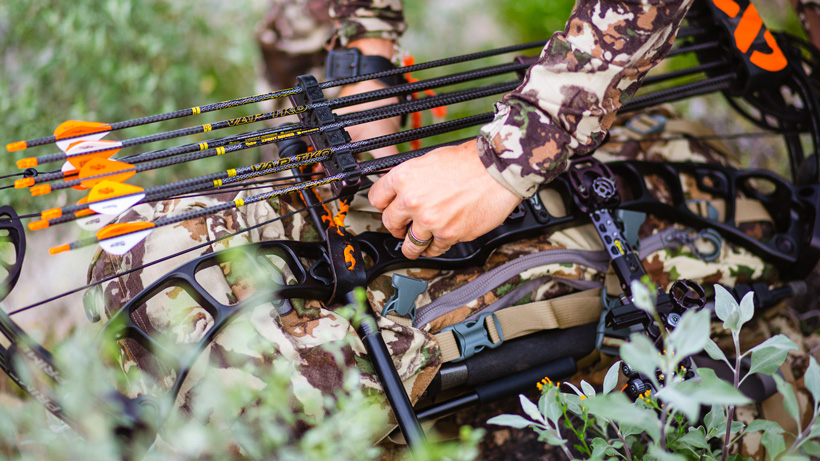 Is there a correlation between bowhunting and our egos? Some may look at bowhunters — and especially bow only hunters — and get the impression that they think they’re better than everyone else. Hunters who think they are too good to use a gun. It bums me out to say this, but there are definitely archery hunters out there who look down upon gun hunters. This is sad, but it is an actual reality. I’ve heard and read the comments. Folks asking what weapon someone killed an animal with and when they say, “gun,” the response is, “oh.” Like it doesn’t mean as much or something, which is awful — both for the hunter and us as a community. Bowhunting definitely takes a load of confidence to head into the hills and be successful time and time again. There is no doubt about that. So, I do think that ego and bowhunting meet at some point. At which point, though, is entirely up to the hunter. Just because someone chooses to archery hunt only doesn’t necessarily mean that they think they’re better than everyone else. Maybe that person just loves bowhunting to their core, which doesn’t warrant judgment in the least bit. Some might call it pretentious; I’d call it passion. All hunting is hard and each method of take has its own process. It just comes down to what process is right for you. I doubt the ones that thrive on the process of bowhunting are doing it for toxic reasons to feed their ego. 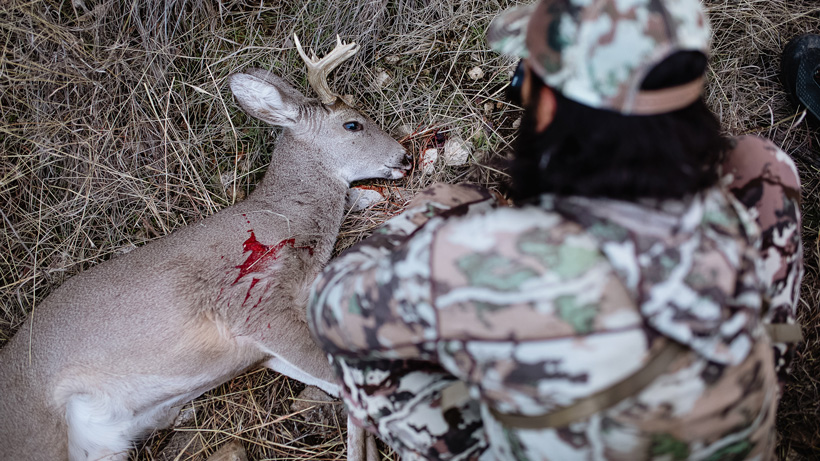 So, are we a bunch of egotistical bowhunters? That depends on who you ask, I guess. Personally, I might say that there are a fair amount of us who are a glutton for punishment, but I wouldn’t call it egotistical. Bowhunting might be the new cool thing, but I believe most people desire to be genuine. There might be bad apples in every bunch; however, I think the majority of bowhunters choose to archery hunt because they love it, not because they think they’re better than anyone else. They love the constant dedication that it takes and the challenge of the pursuit. All year, they shoot their bow and get ready for that moment, constantly looking forward to and working towards something important to them. What’s bad about that? It’s important that we follow our passions in life. Life without passion would be pretty dull. If that thing is bowhunting for you, then take it and run with it. There is nothing wrong with that. During that run, though, be confident, yes, but also be humble.