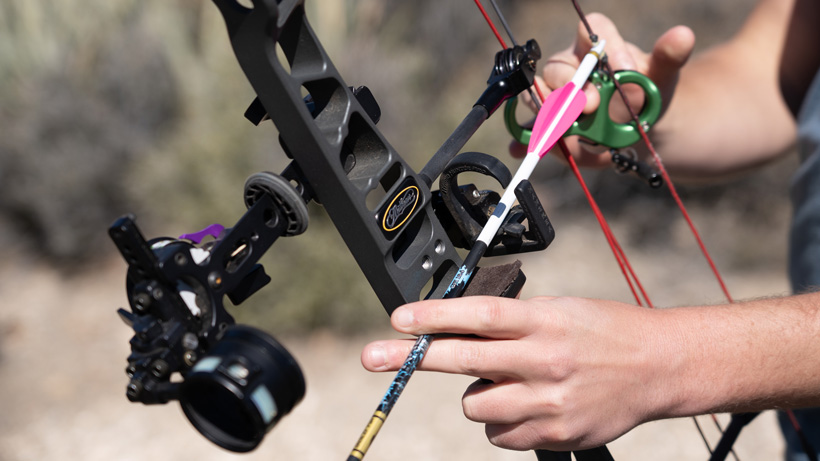 Arrow rests... which style is right for you. Photo credit: Brady Miller

Arrow rests come in many shapes, sizes, colors and functions. It can be a bit overwhelming if you are not sure what to look for so here’s a short summary of the most common kinds of rests that are available to bowhunters. 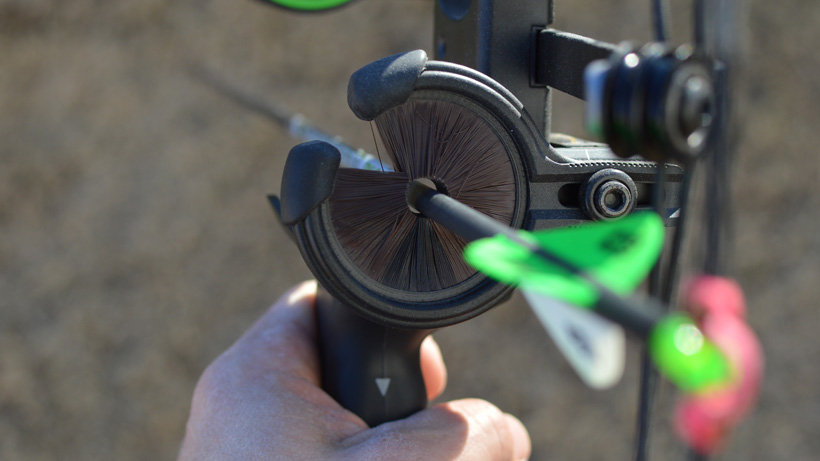 Full capture rests are stationary rests that fully contain the arrow within the rest housing, thus making it almost impossible for the arrow to fall out of the rest once contained. Examples include the Trophy Ridge Whisker Biscuit, G5 Halo and TruGlo Storm. These rests often use fine bristles as the means by which the arrow “rests” within the rest. While this creates a quieter shot, it also creates friction throughout the shot until the arrow clears the riser. This friction will reduce the speed of your arrow by a few FPS and has the potential to deflect your arrow, especially as the bristles begin to wear out and weaken. These rests are the simplest to operate and are often the lowest cost, but also the most inconsistent over time.

Drop away rests utilize proprietary technology to create a rest that either falls, is mechanically turned, or is pulled downward by tension at the time of release, allowing the arrow to be propelled forward with zero interference. While drop away rests come in a variety of variables, there are two predominant forms: limb-driven and cable-driven. 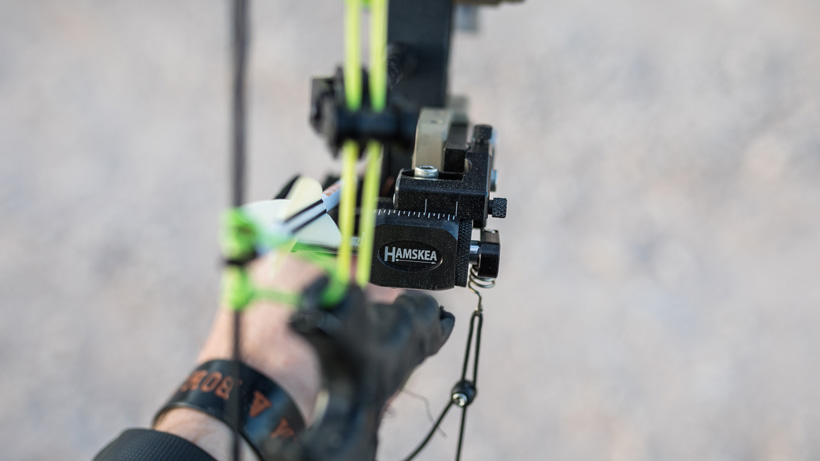 Limb-driven rests have a cable/string that runs from the rest housing to the bottom or top limb of your bow. As you draw your bow back, the limb moves inward, allowing the rest arm to move upward into position. At the time of release, the arrow rest is pulled downward as the limb returns to its resting position. An example of this is the Hamskea Hybrid Hunter Pro, AAE Pro Drop, and a plethora of other options.

A major benefit of limb-driven options is ease of set up and repair. In the event that you catch your rest cord on something and it is severed, it is relatively easy to get a new string, cord, shoelace, etc. and repair the rest. This can be invaluable in the field when you do not have a bow press handy. Also, limb-driven rests do not need to be set up in perfect time with the other cables like a cable-driven rest. 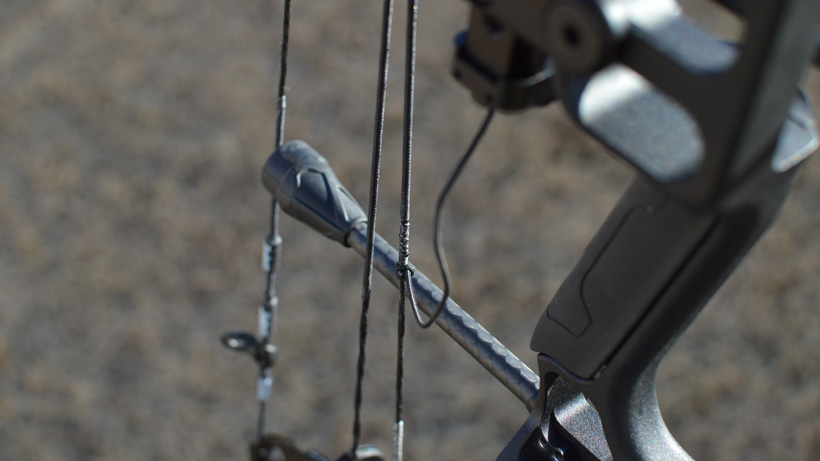 In the event that your rest cable is severed, it could be difficult to get the timing of the rest set with the draw cycle. Also, you may need to know some excellent knot-tying techniques to tie a knot around the cable that will hold that kind of tension since you might not have access to a bow press in the field. A strictly cable-driven rest is an excellent option for accuracy, but, if something goes wrong, it can create some headaches.

Some great options are the Trophy Taker XFC, QAD Ultrarest HDX and plenty of other options.

Note: Some rests are capable of operating in either form (limb or cable driven).

A unique approach to holding your arrow 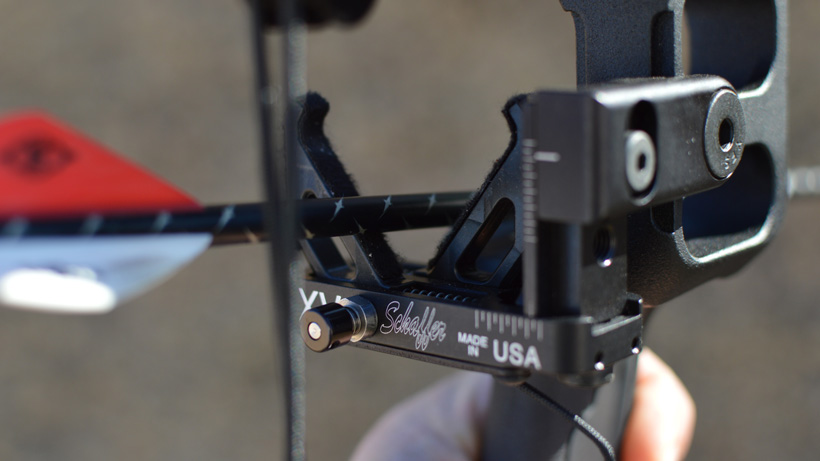 With all that said, there are other rests that utilize varying technologies and different ways to hold an arrow. A rest that I discovered this year that I really enjoy is the Schaeffer XV rest. This utilizes a cable driven system with two moving parts that close together horizontally at full draw, fully containing the arrow. This system is vastly different than the typical arm that holds the arrow. 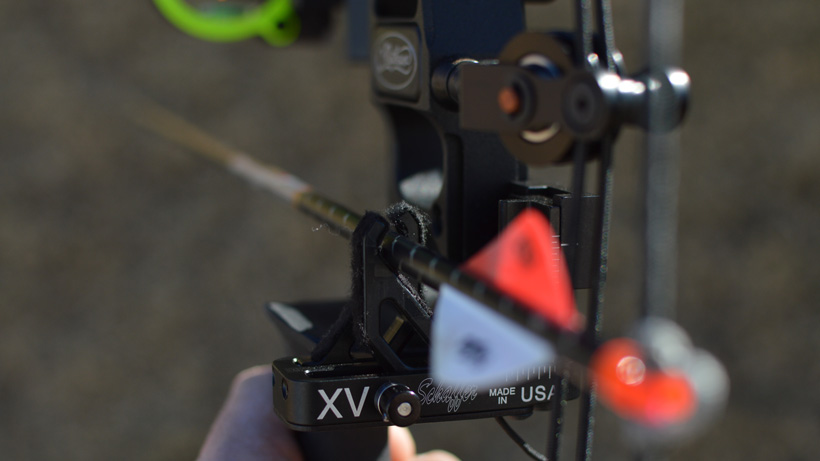 The arms can be locked in place for spot-and-stalk situations and they move away instantly at release—just like a drop away. The rest is very repeatable, accurate and dependable. The two biggest drawbacks are: (1) it will not stay engaged if you let down from full draw and (2) locking the rest in the engaged position requires both hands operating different parts of the rest.

All rests have benefits and all have drawbacks. It is really going to come down to what your preferences and needs are.

Which arrow rest is best for you?

This is going to be based on what is most important to you. Perhaps you want something that is easy to operate. Or, perhaps, you need to be in complete control over every aspect of your rest’s function. Maybe accuracy is most important to you. Or, perhaps, what matters most to you is the confidence of knowing that your rest will perform every single shot with no fear of malfunction. Regardless of what you look for in a rest, there are options for you.

Ease of use is going to be somewhat relative to the user; however, as a general rule, the less input required by the end user, the better. A stationary full capture rest like a Whisker Biscuit is going to be the easiest to use. Yet, drop away rests can be easy to use, too. For example, the QAD Ultrarest HDX has a very simple, but reliable, design that allows the rest to remain engaged even when letting down after being at full draw. This means that you can come to full draw, lower back down and continue your stalk without ever having to look down at the rest or reset anything. Other rests, such as the Schaeffer XV, open upon lowering, adding a step to your process.

Let me say this: All rests are accurate when set up properly. The key is the precision with which adjustments can be made and maintained. Basically, the key to accuracy is consistency. A Whisker Biscuit rest can be accurate, but accuracy diminishes with use as the bristles weaken and shift, thus making the accuracy of this rest inconsistent. Additionally, some rests can be easily moved when bumped, diminishing accuracy. A drop away rest is going to be the most consistently accurate rest. Examples of these rests are the QAD Ultrarest HDX, RipCord Ace and Hamskea Hybrid Hunter Pro and several others.

There is an unavoidable truth in mechanical action. The more moving components, the more ways it can fail. However, a completely stationary rest, like a Whisker Biscuit or similar rest, will wear out over time, thus reducing its dependability.

While some like a plug-n-play option, others like to have complete control over every possible variable. If you want to know that you have your rest set to your exact preferences with the ability to adjust in the most minuscule manner, then you want a microtune rest. Microtune rests have target archery in their DNA so precision is a must. If you value control over all else, take a look at the Hamskea Hybrid Hunter Pro Microtune or Hamskea Trinity Hunter Pro.

A rest that can operate as a limb-drive or cable-driven rest can offer versatility that maximizes its use in varying circumstances. Examples of rests that can do both are the Trophy Taker Smackdown Pro and Hamskea Hybrid Hunter Pro. 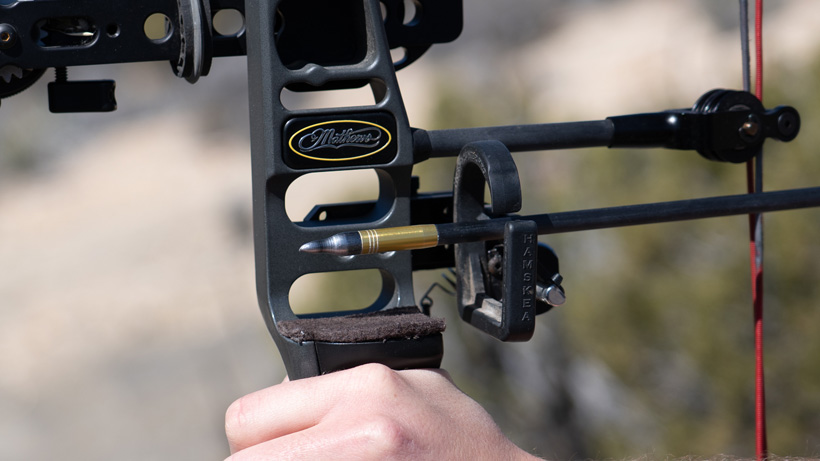 Your rest is an integral part of your overall setup as a bowhunter. Extensive consideration should be given to what style of rest you are going to go with. However, many of the rests offered today are excellent examples of precision craftsmanship and will serve you well. Just be sure it has the features and functions you are looking for. Many of the above-mentioned options are offered in the goHUNT Gear Shop so be sure to take a look.