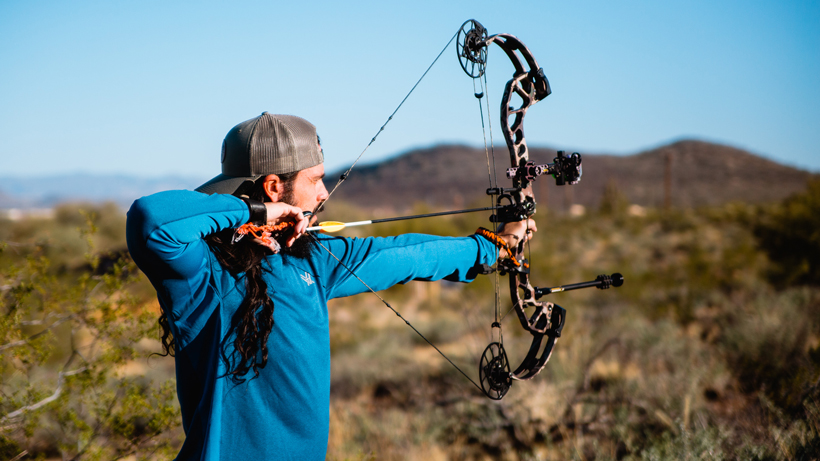 The ebb and flow of trends in the archery/bowhunting world is one that will never stop. What was the bee’s knees one year is suddenly something that gets “the hand” another. A prime example of that is broadheads. When mechanical blade broadheads came out, they were the cat’s meow. And while they are still effective killing tools today, there are more and more people questioning their effectiveness. Heavy arrows are another thing. Back in the day — like medieval day — arrows were generally pretty heavy: anywhere from 540 to 925 grains. I know that’s a far stretch in terms of time from the past to today, but it’s interesting to note. As far as hunting goes, in the earlier days of bowhunting, 600+ grain arrows were quite common among recurve shooters. Fast forward to just a handful of years ago and the latest thing was speed. “Speed kills” was a common phrase in the compound bow world. Well, a great way to get more speed is with a more lightweight arrow, so people were shooting arrows that were 300 to 350 grains. Lately, there has seemed to be a resurgence for heavy arrows. I’ve heard numbers as high as 650 grains for arrows going into elk hunts. In light of that, I wanted to chat about the cause and effect of heavy arrows. From the effects of arrow speed and our sight pins to how they might help — or not help — in a practical sense. “Cool factors” aside, let’s get into it.

For the sake of this article, I will be talking in terms of modern compound bows. 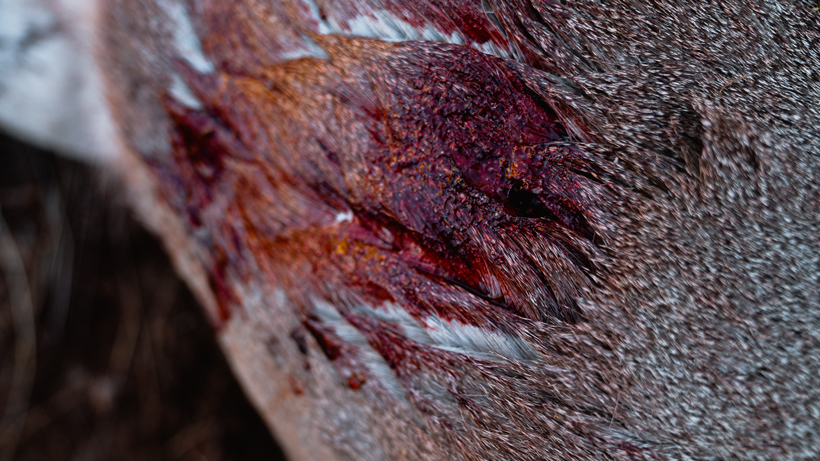 First, let’s look at the why or pro for heavy arrows. Heavy arrows definitely have their advantages in bowhunting. The first being better penetration, especially on bigger game like elk. We want enough momentum behind our arrow to carry it through that animal. Arrow weight is hugely influential on momentum. This will up the likelihood of two holes instead of one, which is going to aid with blood trailing. They’ll also be more durable, lessening the chance of them breaking. A nice touch, as some folks like to reuse arrows after sending them through animals.

Another advantage of heavier arrows is they quiet our bows down. A heavy arrow will absorb more energy, hence preventing more noise from escaping on the shot. It offers more of a dead thud sound than a twang sound. When it comes to jumpy animals, this can be a huge advantage. One might also notice less effect from the wind. Because the arrows are heavier, they won’t drift as much in a crosswind like their lighter brethren might. That right there can help with accuracy in dicey conditions.

If speed kills then…

I think it’s safe to say — and something we can all confidently agree upon — that speed doesn’t kill. It has a hand in doing so and shines in certain situations, but it is not the thing that fills our tags. Accuracy is what does that and heavier arrows lend a helping hand there. They are more stable, which means they are more consistent downrange.

However, there are some downsides to less arrow speed. The first that I’ve noticed is they aren’t as forgiving if you’re a bit off on yardage guesses. Because heavier arrows are traveling at a lower rate of speed, it means that they drop more. The result of this is that you need to make sure that they are spot on with their yardage assumption or by simply using a rangefinder when appropriate. If not, you’ll be dealing with a bigger miss than you’d have if shooting a faster arrow. This is also a plus in my opinion. It keeps you honest and on your A-game. 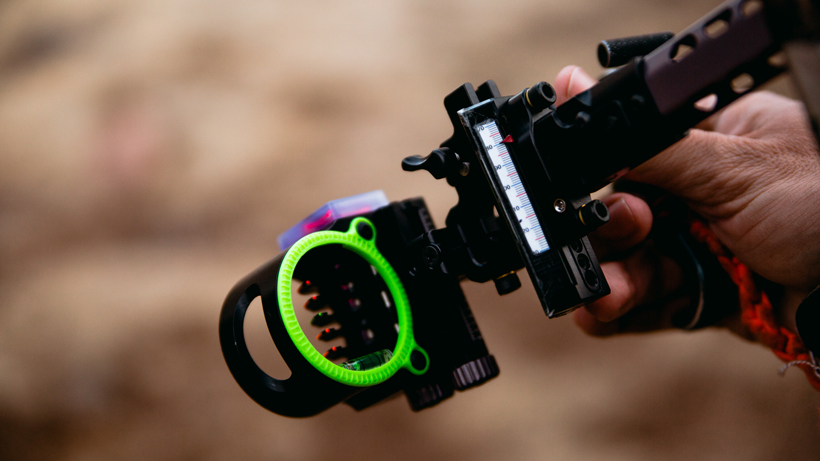 Another area where less speed might be less desirable is with our sights. A few things will be affected by a slower and heavier arrow. The first one is going to be with pin gapping. Now, this won’t mean squat to you if you’re a single pin shooter, but for multi pin shooters it will. The issue isn’t with the pins themselves, but more so the increased gaps in between them. And the reason for that is for when we try and gap shoot, meaning that we’re aiming in between our pins. So, for a 45 yard shot, you’d aim in between the 40 and 50 pin. With a larger gap, due to more arrow drop and less speed, that 45 yard gap shot isn’t going to be nearly as precise as it would be with a smaller gap between the pins.

Along with our increased pin gaps, our sight taps will also be affected by heavier arrows. Depending on what your goals are this might not mean much to you, but we’ll discuss it anyway. Basically, a person won’t be able to dial out as far in terms of yardage. To be clear, I’m not talking about hunting scenarios per se, but more so about practicing out to greater distances. We’ve only got so much room to dial our sights down to long range yardages before the housing runs into the arrow or vise versa. This puts a cap on how far we can shoot. So, if practicing out past 120 yards is your thing, then heavier arrows might not be the ticket for you. 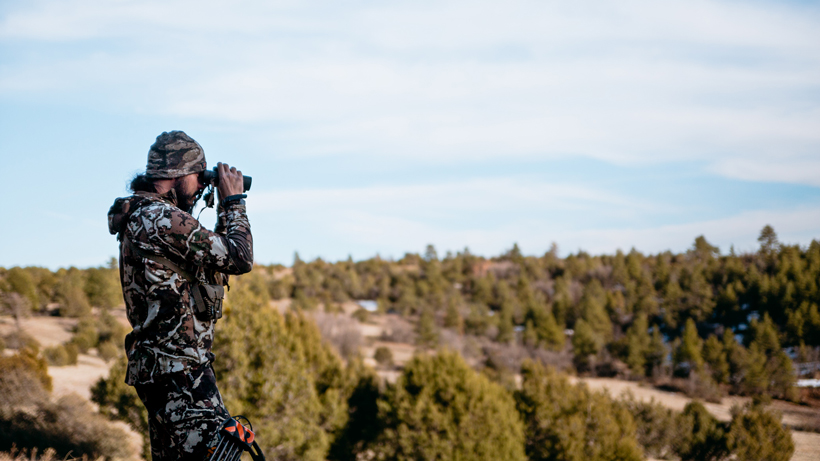 Now, we arrive at a question: Is shooting heavy arrows practical for most hunting scenarios? There are some instances where I feel like they’d be a bother for someone. Stuff like the lack of forgiveness with yardage and pin gapping. These are things that, let’s be honest, aren’t always given on a silver platter when hunting. Intensity often runs high, which inhibits our abilities to perform to our fullest. Frankly, it could mean the difference between a punched tag or not. A lighter arrow might be more practical in these situations. However, if we’re talking about the overall big picture, I do think heavier arrows are more practical than lighter ones for hunting. That is my opinion and you are free to have your own. This leads to a better question. Instead of hunting scenarios, is shooting heavy arrows practical for most hunters? I feel the answer to that is yes, but you know yourself the best.

Does it all really matter? 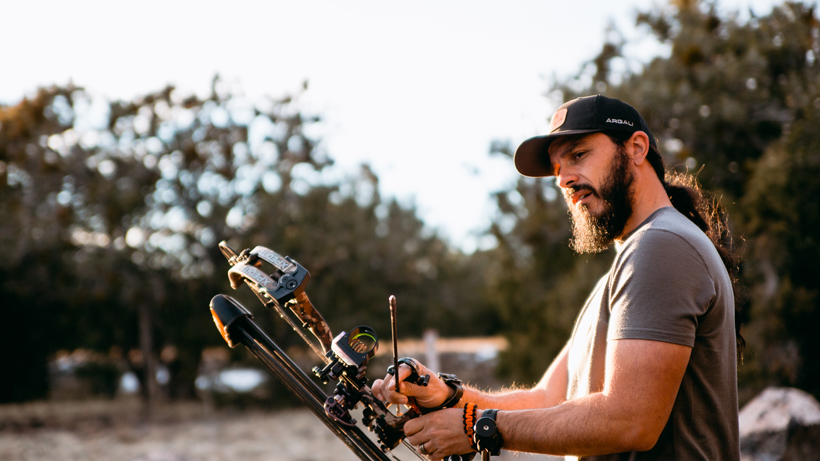 We put a lot of thought into our gear. They are our tools of the trade and it’s fun to tinker with things. The more you know then the better prepared you’ll be, right? There are two things I want to point out here, though. One, there is a line in which the aid of gear ends. It can only help us so much. As the users, it’s up to us to have developed the hunting skills to put the gear to good use. Good gear doesn’t make good hunters, good experience does. I’d put money on a skilled hunter with sub par equipment up against someone with the highest end gear on the planet and lack of experience any day. Second, make your own decisions. Just because the new thing is heavy arrows, doesn’t mean that you have to jump on the bandwagon. I was chatting with someone just the other day that wanted to jump up near a 600 grain arrow for their setup. There is nothing wrong with that, but he couldn’t tell me why. Find your why and that’ll lead you to your what, no matter the cool factor.