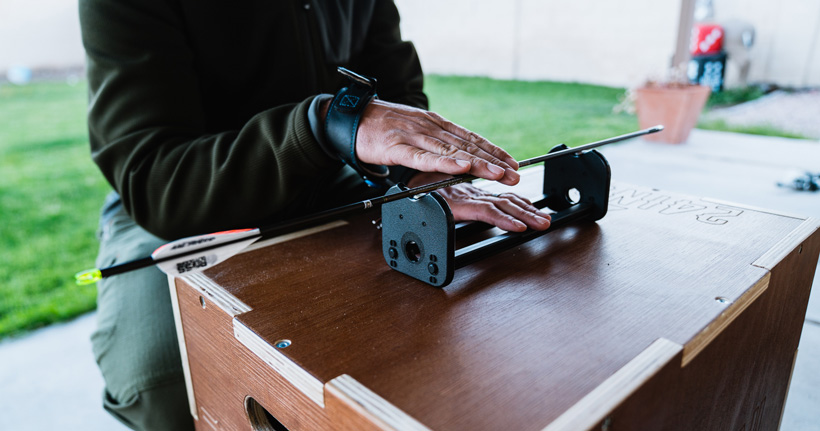 Even though we are now in the late part of fall, there are still plenty of bowhunting opportunities to still be had in the upcoming months. Tuning a bow is very important after some early fall hunts and, thus equally important before some winter archery hunts. Broadhead tuning a compound bow can either be a seamless process or an absolute headache. Most of the time, things usually go fairly smoothly, but sometimes there just seems to be no end in sight. No matter the case, as bowhunters, we have to get our broadheads flying well and impacting right where we need them to. We expend too much energy in the name of getting opportunities to have it all thrown away as a result of bad broadhead flight. In light of that, I’m going to explore some common reasons those pesky broadheads aren’t hitting where we want them to. Confirming broadhead flight is a necessary step on the path to consistently successful bowhunting. Sometimes the path has more twists and turns than we’d like, but with some patience, we’ll get to the end. And when we do, our broadheads will be hitting the X.

Why broadheads will fly differently 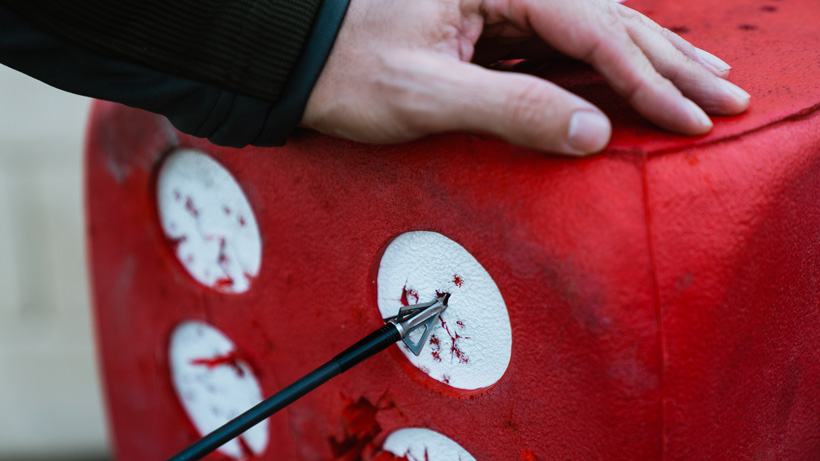 In order to understand why we may or may not be getting good broadhead flight, we first need to look at why broadheads fly differently. They certainly are not field points and shouldn’t be treated as such. The best way I know how to describe this is by shifting our attention from the front of the arrow to the back of the arrow. On the back of our arrows, there are fletchings. These are in place to help steer and stabilize the arrow in flight. And they do so by catching the wind. Look at a slow-motion video of an arrow being fired. Notice how eventually after all of that flexing every which way, the arrow actually recovers in mid-air and starts spinning. This is because of the arrow spine and fletchings.

To shift our attention back to the front of the arrow, broadhead blades are essentially fletchings. They catch air and by doing so influence arrow flight. So if something was slightly off before in terms of tuning and you didn’t catch it, now it’ll be brought to light. Broadheads — especially fixed blade — are the tellers of inconsistency both in the bow and the shooter. The design and size of the fixed blade also influence arrow flight. For instance, vented broadheads will catch less air than non-vented ones. In turn, non-vented heads can be more finicky to work with. A small profile head is going to catch less air than a large profile head, so a larger head can be more difficult to shoot.

Is your arrow spine correct?

Arrow spine basically measures the stiffness of an arrow. It’s the measurement of how much an arrow shaft will bend when force is applied to it. Nailing this is an intricate part of tuning a bow. The reason being is that when an arrow is fired and the string propels it forward, there is quite a bit of flexing that happens. An arrow at this point looks almost noodle-like in a slow-motion video. Arrow spine is what helps bring that arrow back to zero in flight. An arrow that is too weak in the spine (too much flex) won’t recover quickly enough, will veer off course and lose energy upon impact. An arrow that is too stiff will recover too quickly, veer off course and lose energy upon impact. So, you need to find that happy medium between the two.

By screwing a broadhead onto the front of the arrow, you’ll just magnify the whole spine issue if there is one. A broadhead on an arrow that is either under-spined or over-spined is a recipe for inconsistency. Remember, it’s the teller. So, let it tell. If during the broadhead tuning process, your field tips and broadheads are not coming together, it’s likely an issue with the arrow spine. 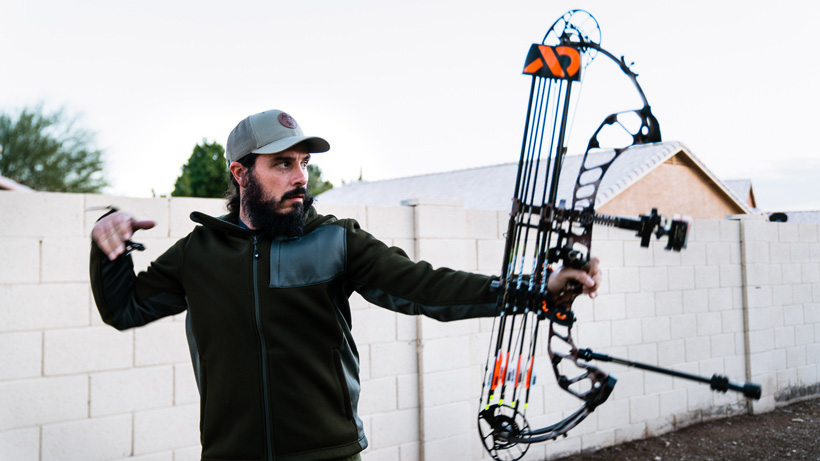 Aside from the arrow spine, you also need to look at arrow build. Earlier this year, I built up some arrows and, after doing so, immediately started noticing that my broadheads were all over the map. Whereas the arrows I was shooting beforehand (same brand and everything) were giving me good broadhead flight. Now, I spun these new arrows before they were built, but didn’t spin them after the fact. Lesson learned because it turned out they were wobbling all of a sudden. The components didn’t seat properly due to an error on my part and it was showing in my shooting. If an arrow isn’t built straight, you can’t expect it to fly straight. This is something we need to make sure of before screwing on a broadhead. Spin them before you fling them.

Check out arrow components for your next build here

We also need to pay mind to our bows. Compound bows have a lot of moving parts on them and those moving parts can either make the day for you or leave you scratching your head. Actually, it might cause you to even pull your hair out altogether. So, it should be in our best interest to make sure everything on our bows is sound and in working order. Pay attention to the second axis, cam timing and the presence of nock pinch to name a few. There are a multitude of things on a bow that can affect your broadhead flight, which is why they need to be in tip-top shape before we start moving rests and such. A bow isn’t going to perform to its fullest if we don’t give it our full attention.

The secret to consistent archery accuracy is being consistent. It’s the ability of repeatability. Do the same thing every time and you’ll shoot great. You know what, though? We are not perfect in the least, which lands us on yet another bad influence on broadhead flight. Once a broadhead is screwed on, it acts as a tattletale. If our form or technique suffers, it’s going to show downrange. Things like too much face pressure at full draw, hammering the trigger or improper grip can all result in bad broadhead flight. So, amidst all of the talk, we make about adjusting our gear to give us better flight, we should also look at adjusting ourselves. Gear is fairly absolute in functionality. Add in a human and you add in a whole bag full of inconsistent variables.

There are no exceptions with bad broadhead flight. It’s one of those things that can’t just be ignored by a bowhunter. Whether that means consulting a professional to help walk you through it or tinkering your way through it on your own, you need to nip it in the bud and nip it now. And while there is a laundry list of things that influence broadhead flight, what we’ve mentioned above are merely some of the most common. This list can be used as a troubleshooting template if you want to — something to refer back to in case your broadheads start steering you in the wrong direction. Knowing that after all of the sweat, burned boot leather and persistence your broadhead is going to hit that animal exactly where you’re aiming is an unparalleled confidence that is untouchable. It’s better to walk in the field knowing, not hoping.