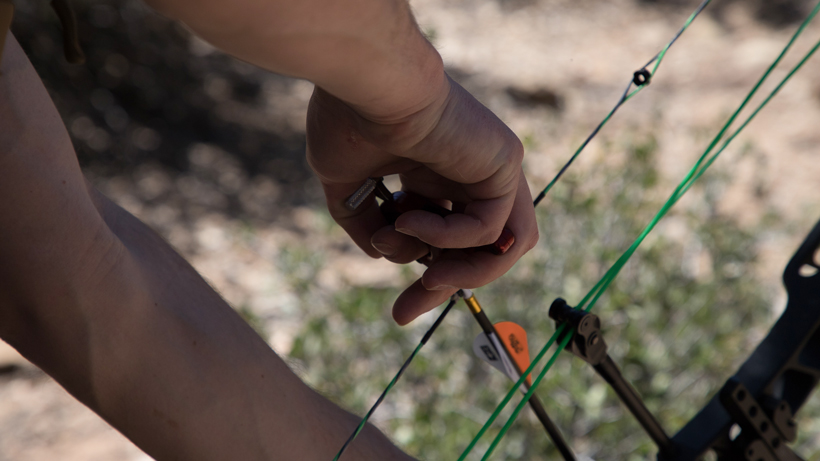 You have practiced shooting your bow all year and it is for this exact moment: you have a screaming bull at 40 yards about to step into an opening. His head goes behind a pinyon tree and you drawback. He steps out into your opening, you settle your pin on him and, then, whap! You release the arrow without following through on your normal shot regiment and the broadhead goes zinging over his back! Why did you forget everything you practiced and punch the trigger? The answer: you had a form of target panic! Whether you are an experienced or novice archer and whether you are doing a competition or chasing animals in the mountains, sooner or later, you might be affected by the very common problem of target panic. You may be wondering what target panic is and how to fix it so this does not happen to you next time you are aiming for the bullseye or bull’s heart, but don’t worry we are here to help.

What is target panic?

Target panic can be described as a neurological or physiological experience by archery hunters when they are trying to execute a flawless shot that subconsciously has them making mistakes. Target panic can be different for everyone, but, basically, it is something inside an archer that makes us pull the trigger the moment we get on target instead of doing what we practice day after day. Target panic can also be a lack of confidence or loss of control that makes us make mistakes and forget about all form and practiced skills. 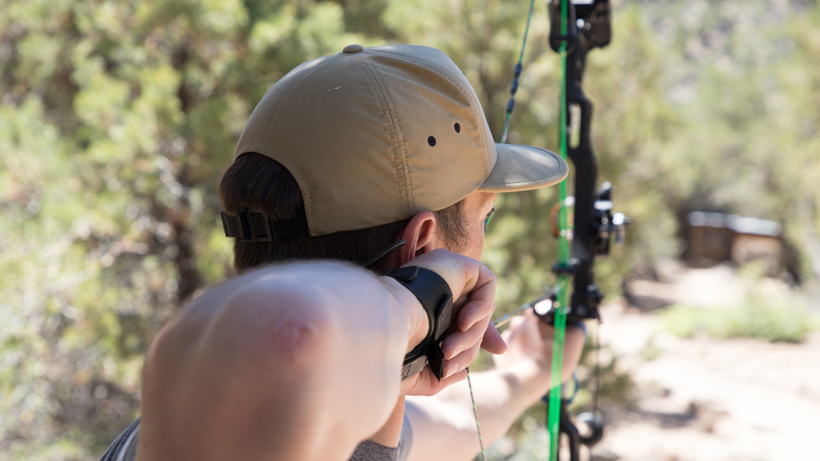 Sometimes, target panic is linked with “buck” fever or an adrenaline rush; other times, it's just a fear of failure on a neurological level. This can plague a competition archer who is trying to make his last 10-ring shot to win the tournament or a field hunter who is trying to make a lethal shot and put an animal on the ground. Target panic is considered the curse of an archer and, once it gets in your head, it eats at you and can compound. It is hard to beat target panic; however, there are some tips to help you along this battle to become a better shot and beat target panic day after day.

Growing up shooting a bow, I used to really struggle to get on target because I would try to make it part of my shot process. I would come up from the bottom or down from the top slowly and try to execute my shot perfectly along the way once my pin touched or almost touched my target. I had some success this way, but, also, was training my mind and body to punch the trigger as soon as I got on or near the target. Some of my shots would be perfect; however, others would be high or low, depending on the delay it took for my brain to say fire, then for my finger to react, all in combination with the speed in which I was moving the bow up or down on the target. This is not a successful way to shoot a bow and, sooner or later, this will catch up to you with a shot on an animal or target that is less than stellar. To overcome this problem, I suggest that you become less concerned with being perfect and more concerned with getting on target quickly and releasing your shot within a few seconds before you start to get fatigued. Of course, there will be times in the mountains where we need to draw back for an extended period, but for all extensive purposes, the best shots will be when we get on the target quickly and release a fully executed shot within a few seconds.

Some motion is okay

Once you have gotten on the target quickly, you will most likely have trouble staying on target, especially if it is a small dot or spot you are aiming at or if your target is at a distance. This is 100% okay and something that you will have to learn to be okay with. Similar to how I used to move through the target as if I was wing shooting birds, I also went through a phase where I would get on the target and try to stop my movement for a quick second to release the shot. Again, this worked some of the time; however, the tension required to stop would change up my shot and often throw an arrow off the mark more than I would like. Now, I find success beating target panic by being okay with the motion of my bow while concentrating on the target. You might have small circles or big circles, but if you are concentrating on the center of your mark and releasing a shot that is not punched, your arrow will always get close to the center. Sometimes, this seems like magic; however, once you execute over and over again, you will start gaining confidence. Once you start gaining the confidence and working on the small release executions, you will tighten up your groups even more. The movement is ok — just concentrate on the center. 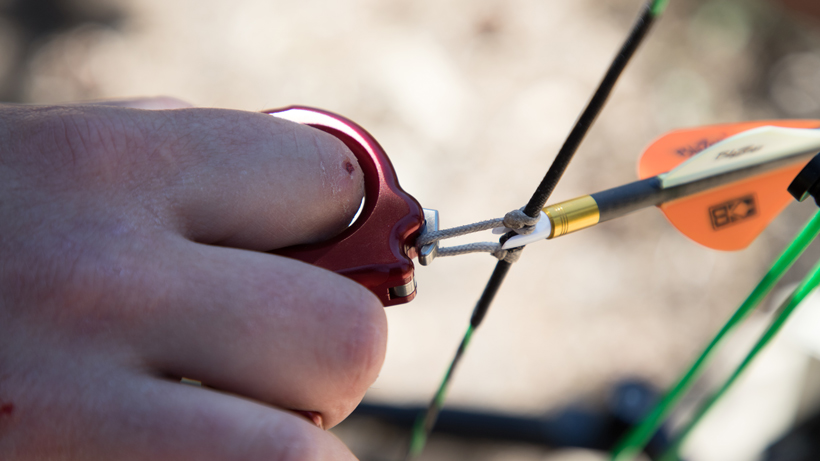 Overall, target panic is something you can have from day one or you can develop over time. The worst of the target panic comes out while you are in high-pressure situations where the competition or the harvest is on the line. Practicing the little things every day will allow you to gain more accuracy, gain better follow-through and develop more confidence. Confidence is one of the tools that can help suppress target panic and allow you to accurately shoot every shot — even in high-pressure situations. In Part 1, I went over some actions that you can take to ensure that you get on target quickly and shoot accurately every time. In Part 2, I will look at changes you can make to your bow and setup in order to be more accurate to reduce the chance that you lose confidence and start making more mistakes.