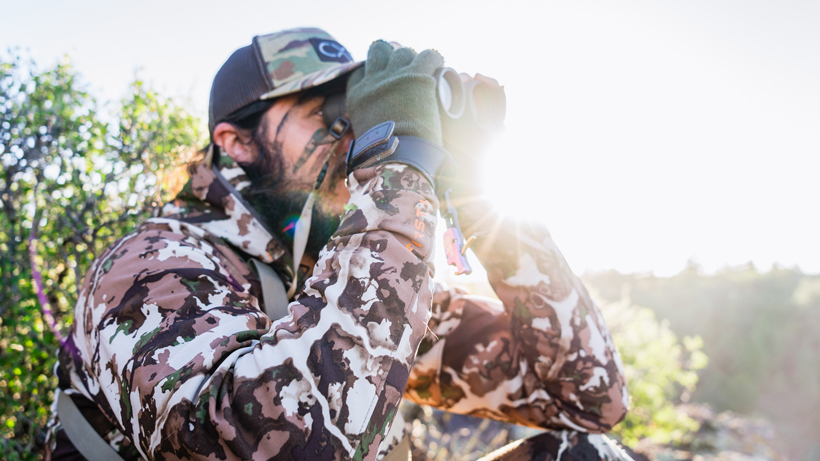 At first light, I spotted a buck harassing a few does in the basin that lay before me. Like an inconsiderate school boy, he pestered and pried his way into their lives. He didn’t care that they were in the middle of a peaceful breakfast. His needs came first and his actions reflected that. Of course, I saw this as a perfect opportunity to slip in and try to get an arrow in the selfish buck. Like most stalks, my line of sight was broken from the deer for a while. By the time I got over there, he and the does had bedded down. “Score,” I told myself. Now, I knew exactly where he was and could work accordingly. All I had to do was drop down on the other side of a ridge, crawl my way through a saddle, stand up and shoot him; pretty cut and dry. I could already taste the backstraps. As I crawled my way through the saddle, though, a doe stood up at 30 yards. She ran along with the other does and that single-minded buck followed them, for reasons I don’t even think he was aware of. Damn. This bowhunting Coues deer thing is no walk in the park.

Yeah, bowhunting for Coues deer—especially during the rut—can be enough to question a hunter’s sanity. A feat that seems untouchable, but one that has us running back like hungry dogs time and time again. There was actually a time in my life when I swore off hunting them with a bow and I only focused on mule deer as they were “easier.” After a few years of doing that, though, I just couldn’t help myself and got bit by the Coues bug yet again. Learning a path to better bowhunting for Coues was something that truly intrigued me. Since then, I’ve been fortunate to learn a few things about doing so. 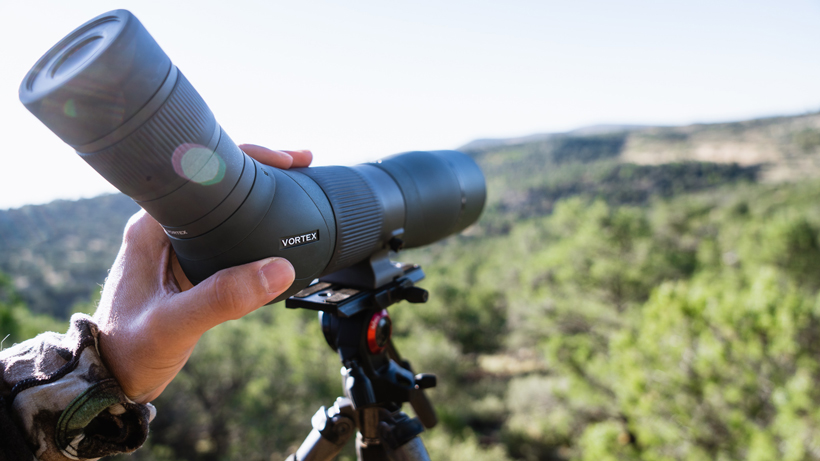 “Ok, see that rock pile? Now, take that up about 40 yards and you’ll hit a juniper. Got that? From there, follow the long branch coming off of the left side of that juniper. He’s standing out in the open at the end of that branch.”

Often, following that will be the response, “No, I still don’t see him.” Coues deer blend into their environment like no other. Actually, a better way to say it is that they melt into their environment. It’s as if they were born from the very rocks and trees that surround them. Because of this, the most effective way of locating Coues deer is using optics. And not just any optics, but the best that you can afford. I’m not telling you to take out a second mortgage or anything, but don’t skimp on the glass.

What style of optics and magnification are entirely up to you. 15×56 binoculars are king down in Coues country and are used by many during the archery seasons. Looking through optics with two eyes is way easier than with one eye as you would do with a spotting scope. However, I love running a 10×42 binocular paired with a spotting scope. My reasoning for this: I like to carry those 10s on my chest and I love the field of view they offer. Great for scanning country. If I need a closer look, I just break out the spotter, which is a 65 mm nowadays. No matter the magnification that you decide to go with, something that is non-negotiable is mounting those optics on a tripod. Doing so will let you grid search the surrounding country with the utmost efficiency.

Each and every year it happens. I’ll head out on a couple of scouting trips in November/December and post about it on social media because that’s what you do these days. Like clockwork, someone will ask if I saw any bucks. My reply is always the same: “No, and I’m glad that I didn’t. I did see some does though!” They will then respond with some sort of digital pat on the back as if I’d just failed or something. Little do they know, I’m well on my way to “buck central.” 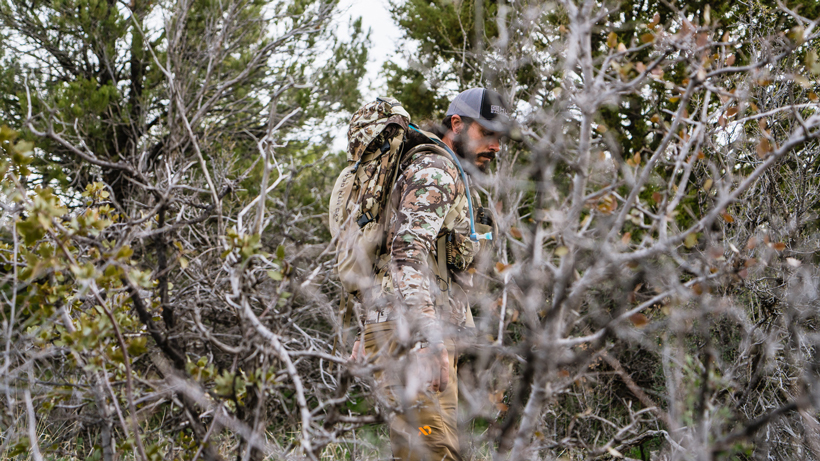 When heading afield before this late season, remember something: When it actually comes time to hunt, love will be wafting its way through that crisp winter air. It will bring bucks from every nook and cranny around and you’ll be waiting for them. So, in your scouting efforts, focus on finding multiple groups of does and pay attention to how they’re utilizing the terrain. You aren’t going to pattern a rutted up buck, but you can pattern the does, which could pay big when it comes time to put on the moves. I know it might come across as counterintuitive to not look for bucks in your scouting, but trust me. A hunter needs to hunt deer where they are going to be—not where they are. And where the does are, the bucks are. 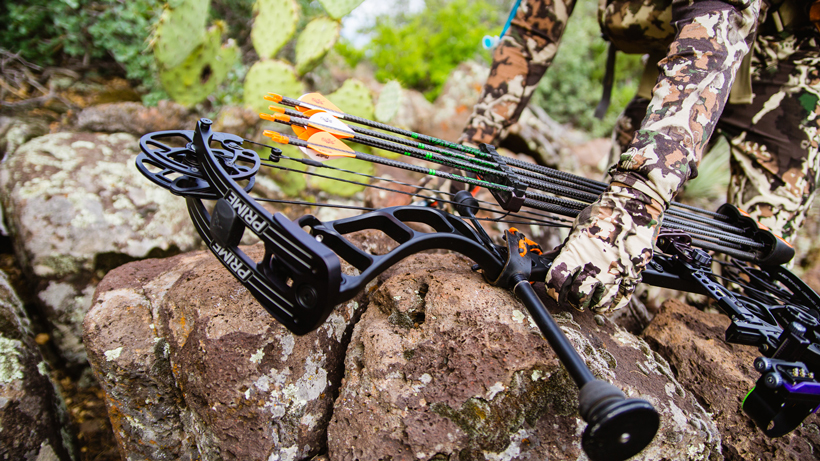 This is another somewhat counterintuitive type of outlook, but let me bend your ear. I spent quite a few years trying to hunt rutting bucks like you’d hunt early season bucks. Glass them up, bed them down, wait until they switch to their second bed and make a move. Sounds pretty solid, right? I hear about a lot of hunters following this way of thinking. For the early season, this is a deadly tactic for a bowhunter. However, when it comes time to head to the rut party, this isn’t my preferred method in the least. In fact, it isn’t even in the same stadium. Bucks during the rut are somewhat of an enigma in their actions. You might bed them down, but, personally, I’ve never seen a buck during the rut bed for more than an hour. In most cases, it’s 15 to 20 minutes before they get up to check on their does and nudge them around a bit.

So, what does this mean for a bowhunter? What is a hunter to do if they can’t do the old bed then stalk tactic? My preference is to be aggressive and make a move fairly quickly. I’ll take note of the general direction the does are working and try to either get ahead of them or get above the whole herd. Once in range—or just outside of range—I’ll wait for the buck to come to me as he forces his presence upon the herd. If he doesn’t, I’m going to try and move in closer. His attention is scrambled, so I wouldn’t worry too much about that. It’s the does you need to worry about. Regardless, they are often still trying to get away from the buck, taking their attention off of their surroundings a bit. Make it happen. 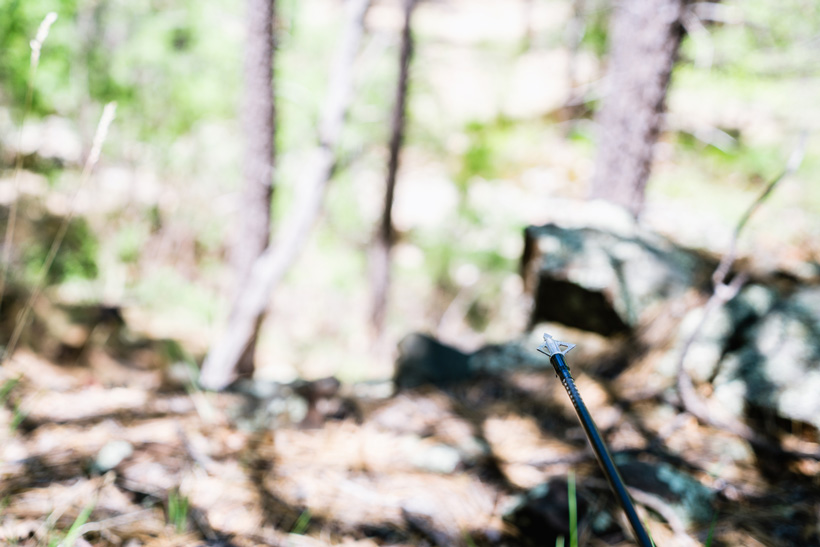 Fond memories often drift through my head of watching old bowhunting shows in my dad’s camper before leaving for a morning hunt. Man, I just loved seeing these big bucks walk into a treestand or blind setup and see an arrow disappear through their hide. They’d give that classic high kick with their back legs and it was all over. The bad thing was that these were all midwestern whitetails and they were nowhere in sight down here in Arizona. The good thing was that I had the next best thing: their cousin the Coues deer. Just like the classic whitetail deer, Coues deer love walking in their own footsteps and are very patternable. It’s the does that you need to pattern, though. Remember that. Finding a well-used trail into a doe bedding area could pay off in a big way. Or even a ridge that runs from bedding area to bedding area. Could be a good spot to set up for a cruising buck looking for love, meaning that a hunter could absolutely set up a treestand or ground blind for an interception. These are also great to set up on water sources as Coues deer water regularly—especially bucks. Chasing does around is hard work! 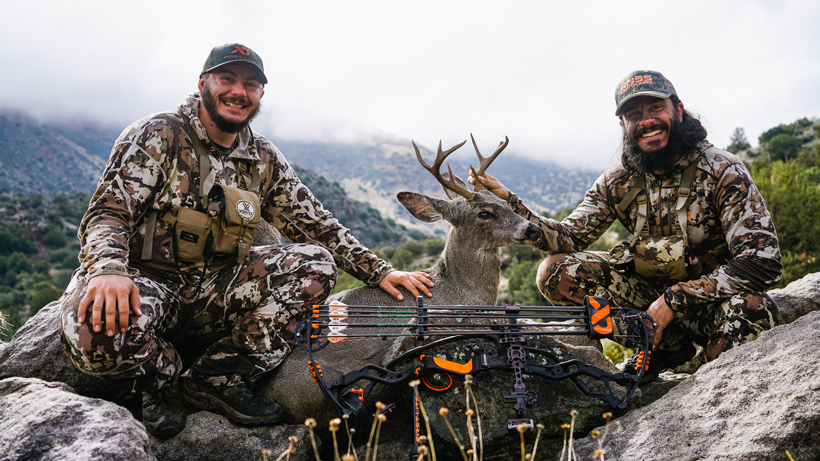 Later on in the week, on the last day of our hunt, just as I was about to pull the plug and move to a different spot when I saw him: another self-centered, sleep-deprived buck. Of course, I witnessed him getting up to check on his does. I made a run at him, and was thwarted by his need to breed. “Damn. Another blown stalk.” About 15 minutes later, though, I’d be on my way toward a second attempt after seeing the herd take residence on a small bench. In no time I found myself standing above that very bench waiting, waiting for them to show themselves beneath me. A doe walked out with the buck in tow. After my arrow made a 60 yard trip down the fast lane, my hunt was over. This bowhunting Coues deer thing was, in fact, possible.