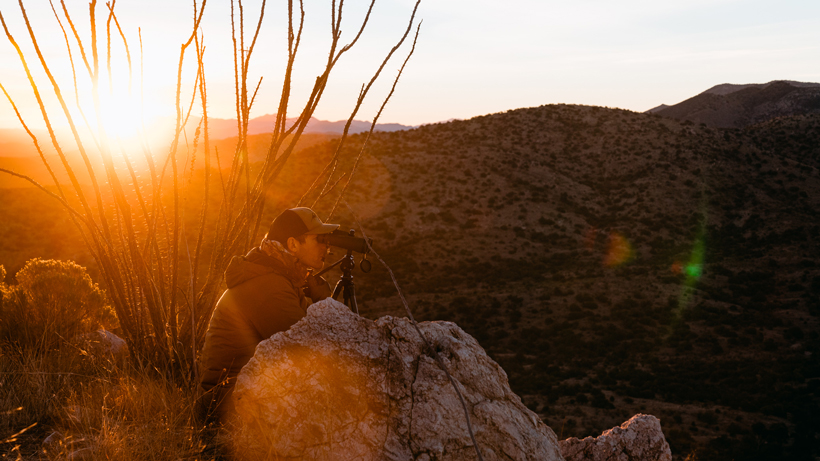 While we walked to the glassing spot that morning, my mind was racing. This is often the case for me before the sun comes up. Possibilities seem endless, yesterday is in the past and today is beneath my feet. As light began illuminating the country before us, it became apparent that we weren’t alone. Several groups of deer were out for their morning feed. One buck in particular caught my eye. A stout deer that stood alone while small bucks chased does not far from where he stood. He was on his own routine and in a great spot for a stalk. It was time to go. Not long after, I found myself on the opposite hill from him just a few hundred yards away. Each step that brought me “closer” was mirrored by him. We were moving together. The only difference was that he didn’t know I was there. After he crested a ridge, I followed, but never could turn him up again. I smiled, full with gratitude. “Onto the next one,” I said.

Bowhunting is downright hard. It takes a certain focus to stay on the right path that leads you to success year after year. The folks that do share in this success all share common traits and mindsets. These are some things that have stuck out to me through the years and what I’ve seen in others.

One of the first things that became apparent to me diving into archery hunting was the ol’ chess game comment. You know which one I’m talking about. I’m not sure who coined the phrase, but it goes something like, “Bowhunting is a game of chess.” While that gets thrown around quite a bit, it does so for a reason. It’s absolutely the truth whether we’re spot and stalking or sitting in a tree. In chess, players are thinking several moves ahead in order to bring them closer to victory. They’re also thinking about what their opponent will do and how they will respond to such things. Sound familiar? This is why it’s a spot-on analogy for bowhunting. 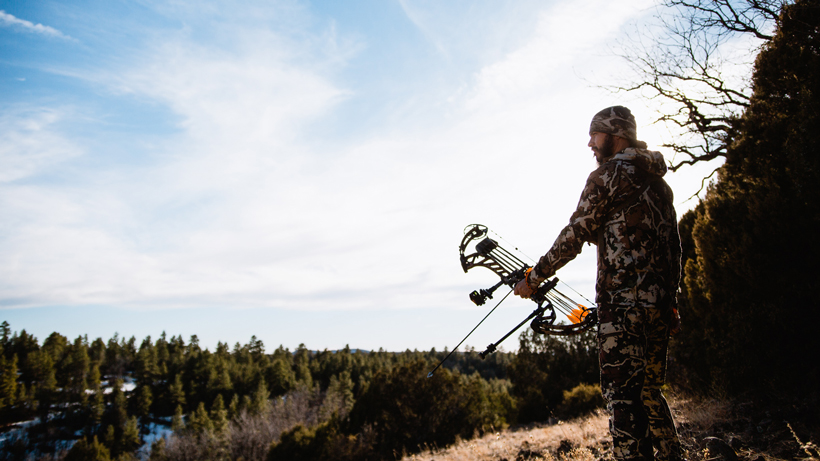 Thinking ahead of the game is a must in bowhunting as it has a much smaller room for error. Things like tucking pant legs into socks on stalks to mitigate potential future noise. Another one is ranging everything around you while making an approach so you’re ready if something pops up. Planning a stalking route based on not only direction, but also noise from what you will have to step on or through to get there are also things to think about. While sitting on a vantage point, I’ll immediately start noting the ways I can move through the country in front of me without being seen. Small draws, tree lines, shade lines, bluffs, etc. And while all of this is happening, what will the wind be doing?

Wind is the seemingly unseen enemy and ally all at once. Wind can make or break a hunt. Bowhunters are breaking the threshold of comfortability, in terms of scent and distance, with animals on a frequent basis. Meaning that a knowledge of wind and thermals is a hands down no questions asked must for someone looking to be consistently successful with a bow. And that’s not just knowing what the wind/thermals are doing at the current moment, but knowing what they will do in the near future. There are times when folks won’t even hunt certain days due to wind direction. That’s them thinking ahead again. Or when that buck is bedded in a great spot, but if the best approach means being smelled, then it’s best to wait for the next opportunity. 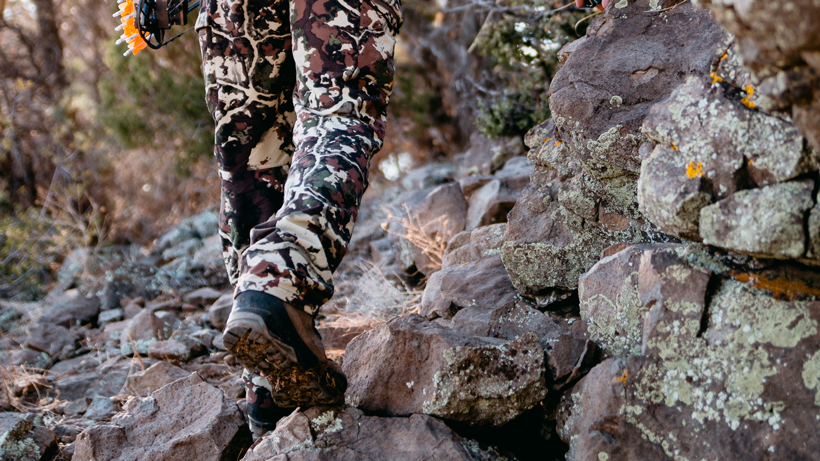 Wind isn’t all about scent, though, when it comes to archery hunters. It can also be a very useful tool on a noisy spot and stalk approach. In that regard, a windy day excites me. I can’t tell you how many times I’ve used the noise of wind to close the distance on an animal. Each time the wind gusts, a step or two is taken. It’s something that works like a charm and one that will continue to work. Of course, no wind means the opposite and will require a bowhunter to be on their A-game even more during an approach.

The relationship between bowhunters and the wind is one that won’t soon fade. Understanding how wind moves through country and when thermals shift are tools that all successful archery hunters share. It is from bowhunting where the need to know these things spawned for me personally.

There’s a friend of mine that lives here in Arizona. He’s an avid bear hunter and a mentor of mine on that subject. Great lengths are taken on his part when planning one of his archery bear hunts. The guy won’t even wear his hunting clothes until he is literally out in the field and I mean out in the field. Meaning that he changes away from his vehicle. Mind you, beforehand, all of his clothes have been washed, scent free and put into scent free bags. All of this is to mitigate his human odor when carrying a bow into the bear woods. He also prefers predator calling while wearing a larger mask that can go over his hand and call. This is so the bears won’t see the hand movement he makes when whining on a call. It might sound over the top, but the dude gets it done every year. Arguing with his success would be foolish. And he’s not alone in his analytical thought process. 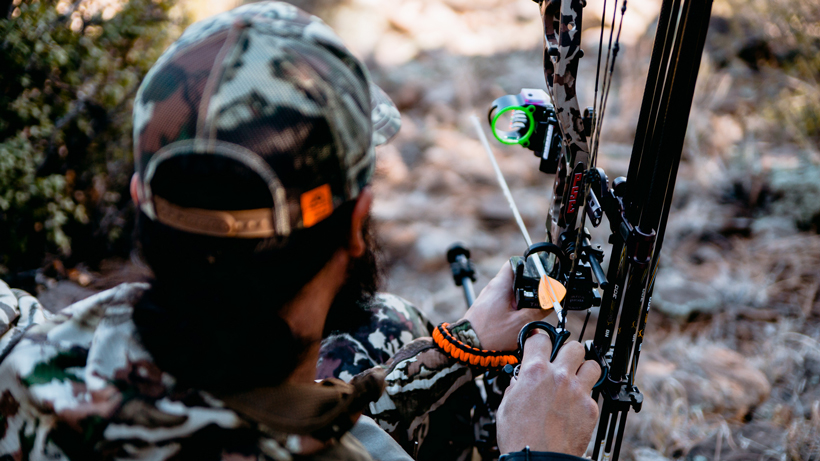 I’ve heard of hunters rubbing the bottom of their boot with an apple core on the way into their stand to help cover up their scent. It was said that my great grandpa would wrap his boots in cottontail hide to help with noise as well as scent. Precautions like this are somewhat common in the bowhunting world.

I guess if we just lay everything out on the table, bowhunters seem to be much more keen to the little things. The things that seem insignificant or even nonexistent, but if paid attention to incrementally add to the likelihood of your success. From going to great lengths to keep clothing scent free to simply having that “when we get knocked down, we get up again” attitude. Those things are consistent among bowhunters who regularly feel the weight of heavy backpacks. They pay attention to the little things and get big rewards.

“Onto the next one” 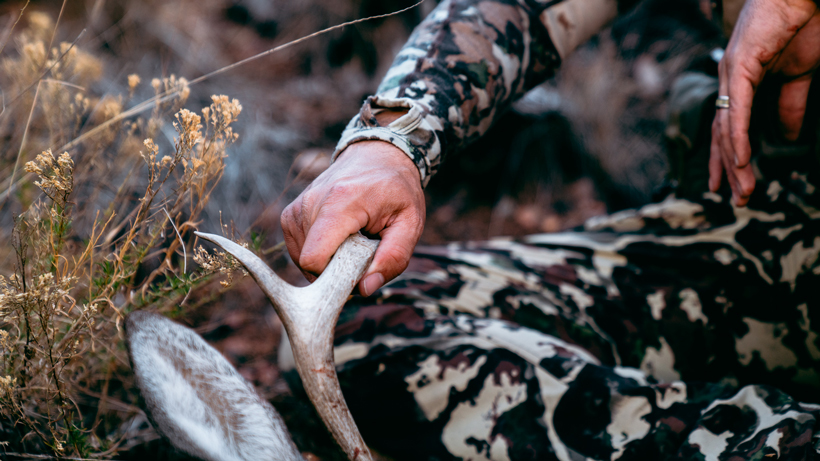 After that sly buck walked out of my life, it was back to zero for me. Back up to the glassing spot to start all over again. Soon after my arrival, we decided to head down the ridge for a different vantage point. It was only about a quarter mile from where we were. As I slowly crested a ridge to look off the backside, I noticed a buck moving our way. Quickly, I used the terrain I had to loop around and cut him off without being seen. Before I knew it, that buck was standing at 20 yards right in front of me. And suddenly one of my arrows did not look like the others. Our backpacks were heavy that night on the hike back to camp. “Onto the next one” doesn’t always mean the next one is going to work out. Fortunately for us, this time it did. Onto the next one.