The backlash that comes from bear hunting 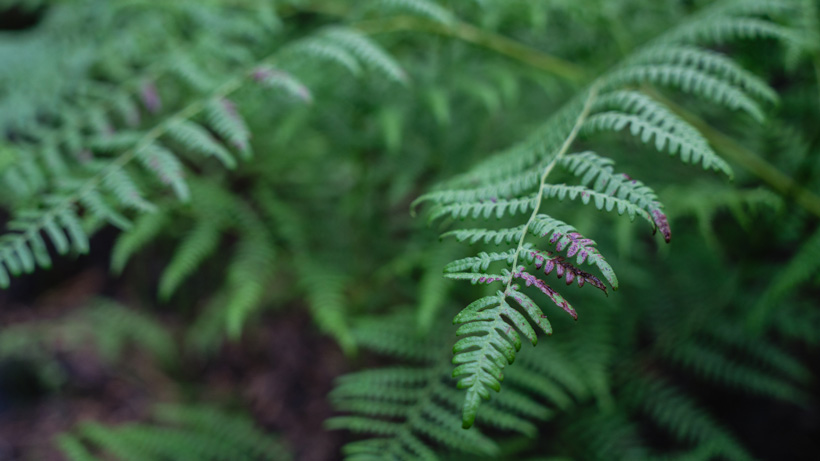 “You can hunt bears? Why would you kill a bear? I hope you get killed by a bear. Scum of the earth. What a coward you are for killing a bear! You can’t eat a bear, that’s what deer are for.” Those are all real comments from various people around the world in response to bear hunting. You see this stuff every bear season in a sea of social media posts. Some hunters even receive death threats over it. Being someone that regularly posts on social media, I have never received any form of hate with a deer picture. Bears, though? You would have thought I threatened their kids lives or something. In my opinion, there is no animal that we hunt out there that comes with as much blow back and controversy as bears do. Why is that?

Why do we bear hunt? 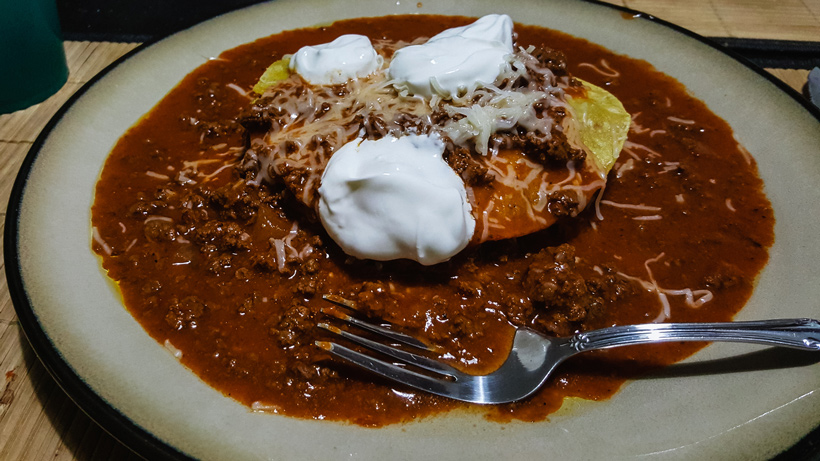 One of my favorite bear meals, bear chili.

Before we dive into the possible reasoning behind this backlash, let’s talk about why we hunt bears in the first place just in case you might be unfamiliar with bear hunting. First off, bear meat is fantastic. I know more than a few people that prefer bear meat over elk meat actually. If you’ve never tried bear chili for instance, get on that. You won’t regret it. Bear really shines in my opinion when it is slow cooked or in ground preparations (burgers, sausage, etc.) Bear roasts are also sure to please. We usually have one at my house every holiday season. Check out some great bear recipes here.

For another look at bear meat, you can check out a previous article about Things to bear in mind with bear meat here. 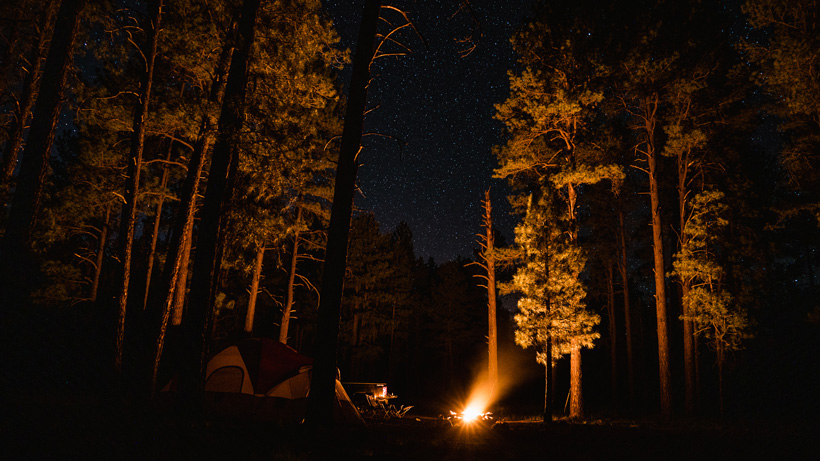 The second thing—at least for me,—is opportunity. The opportunity to hunt bears—and black bears in particular—is plentiful. For instance, here in Arizona, I can hunt black bears nine months out of the year. Virtually everything that I do throughout the year revolves around bear hunting here. Most tags are over-the counter (OTC) across the West, too. I’d even say that the majority of opportunity is OTC, which means that anyone can get their hands on a black bear tag if they want to. The opportunity is great both in the spring and the fall. Fall bear seasons often run during other big game seasons, too. This offers up a mixed bag hunt, which is always fun. Now, there isn’t nearly as much opportunity around other bear species like grizzlies and polar, but they come with just as much backlash if not more. British Columbia actually just banned their grizzly hunt not too long ago.

Of course, there is the conservation part of all of this as well, which is more like a positive byproduct if you ask me. Mature boars are known for killing cubs. By tagging those bears, we are helping out the future bear population. I don’t know one person out there that solely chooses to hunt bears because they are helping the bear or ungulate populations. Yes, bears also do a number on fawns and calves. If you tag a big boar, that is one less boar to dig cubs out of a den and a number of young ungulates that have a better chance of surviving. Nature is a brutal place and this side of it often goes unnoticed in our society.

Then, there is the experience of it all. Bear hunting is nothing short of an adventure. From watching bears interact with the landscape to the treacherous country they lure me into, it never disappoints, at least in my eyes. Seeing deer and elk are fun, but bears? You just never know what a bear is going to do. They might roll around like a dog, climb a tree or go for a swim. The spots that they will put themselves in just for food is also intriguing. I once watched a bear slide on his belly down a bluff just to get to one bush that resided below. The first bear that I ever packed out found a few friends and I climbed a cliff to get out. We frog leaped (or bear leaped) up and out of that canyon piece by piece. It is something that I will never forget and probably the catalyst for my love of bear hunting today. 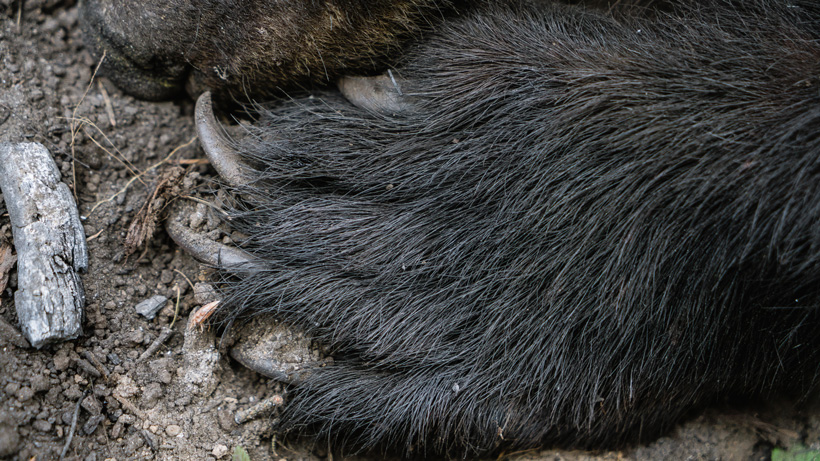 It is my belief that this all started back in 1902. This is when children across the globe latched onto something. Something that made them feel safe. Know what I’m referring to yet? The teddy bear has enriched the lives of more than a few young children. From the teddy bear, another favorite character was inspired, including one that I personally loved: Winnie the Pooh or Pooh Bear. Over the years, we have given voices and personalities to oodles of bears that have circulated throughout our media. Some of my personal favorites from my childhood were Baloo from The Jungle Book, Yogi the Bear, the Berenstain Bears, and Fozzie Bear. Today, we see bears pop up in advertisements for Coca Cola, wildfire prevention (Smokey the Bear) and, even, toilet paper (Charmin).

I’m not really sure why bears have taken hold of the place that they have in the media and in the hearts of America. Maybe it’s because they are so intelligent? Or that they are cute? Whatever it is, it puts them in a certain light; one that builds a connection between bears and humans. So, it is no surprise that this light might seem to be put out by hunters when we harvest a bear. That is in the eyes of the uneducated at least. So, what can we do about this? How can we help enlighten the masses and reassure them that we aren’t, in fact, harvesting Baloo or Pooh Bear?

What we can do on our end 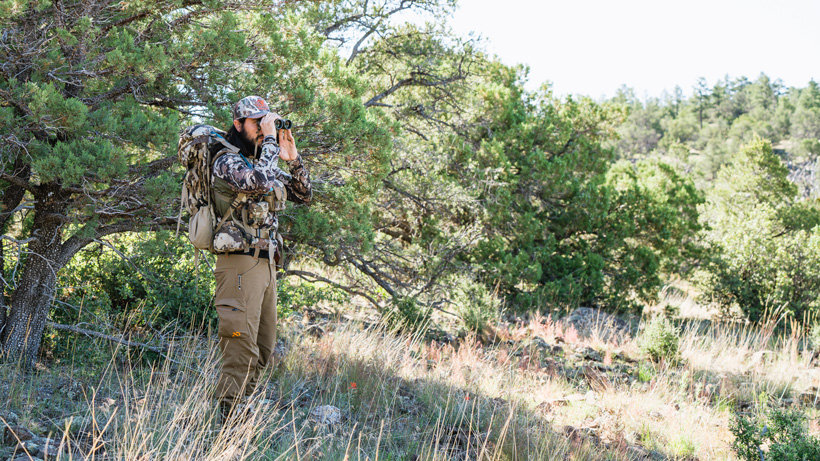 I think this is all about educating. Not just people outside of the hunting world either. Believe it or not, there are hunters who don’t even know about bear hunting and what it entails. Plenty of hunters out there don’t know that bears are, in fact, edible and not just edible, but delicious. This is an easy place to start because there is already common ground between hunters. I do this on a regular basis with hunters who want to know more about trying their luck with bruins.

From there, we need to remain civil about this stuff. Just because someone doesn’t know your way of life doesn’t mean that they are against it. It just means that they haven’t been exposed to it. I’m sure that there are plenty of things that you yourself are not against, but are just uneducated about. This is not a crime. For those willing to listen, take the time to tell them why. Why do we bear hunt and why is it necessary today? By taking the time to explain this stuff in a thoughtful manner, we are not only opening up the possibility of these folks understanding us, but even the possibility of them wanting to try it themselves. They are potential future hunters that could very well pass this tradition down to their kids and their grandkids. Think big picture here. As hunters, we may like to huddle up in our own little worlds, but the world is much bigger than we are.

The things that we post on social media also have an effect on how people see bear hunting. This goes across the whole board of hunting, not just for bears. If you are taking photos of your harvests, which I know there are more than a handful of you that are, and plan to post them up online, give this some thought. Take the time to shove the tongue back in the mouth and wipe up any blood. If any entrails are showing, cover them up with some rocks or something. Basically, what I’m getting at is honor the animal in the photo before posting it up for the world to see. By not doing this stuff, one is just fueling the fire for anti-hunters. Those grotesque photos are also not painting the best picture for the folks that are unfamiliar with this hunting life we live in. 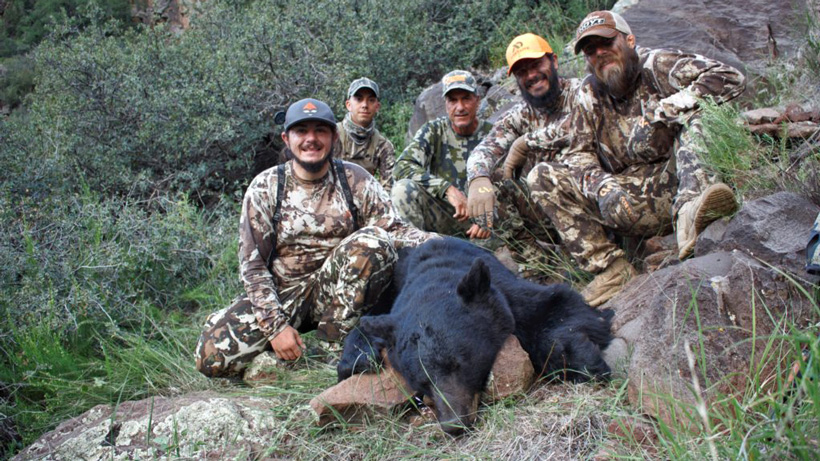 For me, bear hunting was this thing that I always envisioned myself doing in the future. Deer hunting was fun and all, but for some reason I’ve always been drawn to the bears. It sounded like the ultimate adventure hunt that was set apart from deer and elk hunts. Something where there was a little danger involved and where the difficulty matched the country. A truly wild experience in my eyes is a great way to put it. So, I threw myself right into it. That was before I ever knew of such things as anti-hunters and death threats on social media for doing what I was about to do. It was a simpler time, if you would. The only thing I knew back then was that I wanted to pursue bears. It drove me to reach limits I had never pushed before. Once I was successful, it changed my life. As I sit here today, the passion that was born in my adolescence as a bear hunter is still potent as ever. Yes, bear hunting might come with the most backlash and controversy, but it also comes with plenty of positive. “Why would you kill a bear?” My guess is, you’ve got a pretty good idea at this point.