My take on the importance of bear hunting 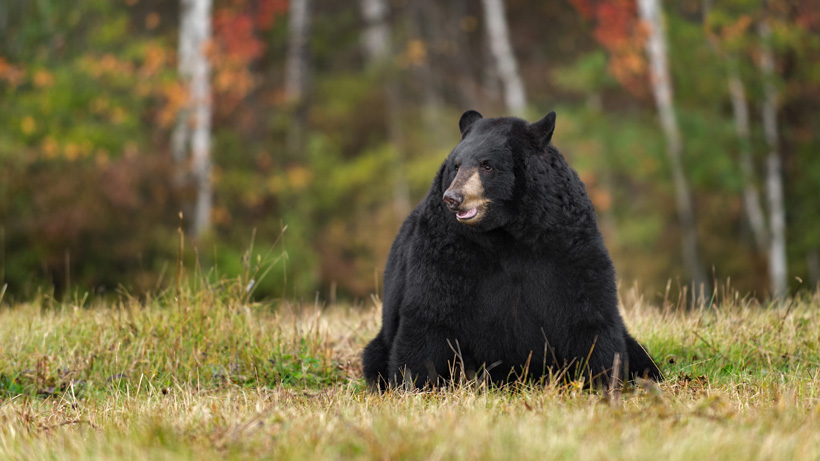 In 1902, Theodore Roosevelt went on a bear hunt in the Mississippi delta. The events of that hunt would ultimately lead to the formation of the “Teddy Bear.” This cute and cuddly child's toy began to alter public perception in such a way that, over 100 years later, we stood to potentially lose bear hunting in California. Although renowned as an avid hunter, conservationist and outdoorsman, I don't believe that Roosevelt thought out the approval of the teddy bear in the same way he sought to protect many national forests for those still yet in the womb of time. It is undoubtedly his fault for the foundation of the perception of black bears as nonthreatening, nonpredatory, docile animals that don't need to be treated as a game species. Despite this, Roosevelt lived during a time when the black bear covered a large range across much of the continental United States, was abundantly hunted for food and enjoyed mostly unbroken habitat regions.

Much has occurred since the glory days of the black bear in North America. The majority of this animal’s historic range has since been developed by urbanization, agriculture, ranching and resource extraction. This lack of presence has allowed many to forget the importance of this species and, more importantly, the necessity to hunt this species. In recent years, there have been growing movements to have this species removed from several state fish and wildlife services management lists as a huntable species — not due to severely declining populations, unsupportable population numbers or any scientific backed reasoning.

Despite bear numbers not being anywhere near their once historical levels, bear-human interactions are still widely documented. Regardless of the number of interactions, education surrounding bears is at an all-time low. Perception encompassing bears for many Americans is based on media depictions, cartoons and other inaccuracies. This leads to an overall uninformed voting public who tends to violate the most basic principles of the North American Model of Wildlife conservation.

In the face of these bans — and to prevent future ones — the focus must remain on the sportsmen and women who utilize the wildlife and not on the entities who would see our rights removed. It is important to identify those who require education, but it is more important for us to stand as a united front. It is very easy for sportsmen and women to form tunnel vision and focus on issues that are solely in their backyard without the presence of these otherwise distant issues. I doubt the hunter from Wyoming who fills their freezer every year on elk and antelope cares about hunting black bears in California. And why should they? More than likely a Wyoming hunter could go their entire life without feeling any impacts from a ban on bear hunting in the Golden State. The issue we face is setting a dangerous precedent for the future of hunting and the overall declining voice of outdoorsmen.

In 2020, California sold over 30,000 black bear tags with just over 1,000 of those tags being filled. Despite tag sales being up almost 10% from the previous year, the harvest rate dropped by 26% from the year previous. With several forest closures throughout the state, huntable areas for bears could be a leading factor in the 3% harvest success rate. With the overwhelming majority of these tag holders being residents of the state, the question becomes where would they go if bear hunting became banned in their state? For argument's sake, let's say half of them give up hunting entirely. That leaves just over 15,000 hunters looking for bears to hunt in other western states. States with bear hunts that their residents have grown to enjoy without the pressure that garners concern.

The issue is not that there would be 15,000 hunters who are looking for other states to hunt in, but rather the 15,000 voices who have since stopped hunting and have fallen silent to advocate for hunting rights. Not only must the hunters be taken into consideration, but the now unhunted population of black bears. California bases its estimated population of black bears each year off of the data recorded from harvested bear molars. Since 2012, when the state outlawed hunting bears with hounds, the number of bears killed has steadily declined. This equates to lower population estimates. Without the molars from harvested bears, the state would have no way of estimating the bear population, which is already above 30,000 animals. Without hunting, this population will become unmanageable and, ultimately, detrimental for ecosystems statewide.

The other week, an attack to ban California black bear hunting failed, which is a huge win for conservation. You can read more on that here.