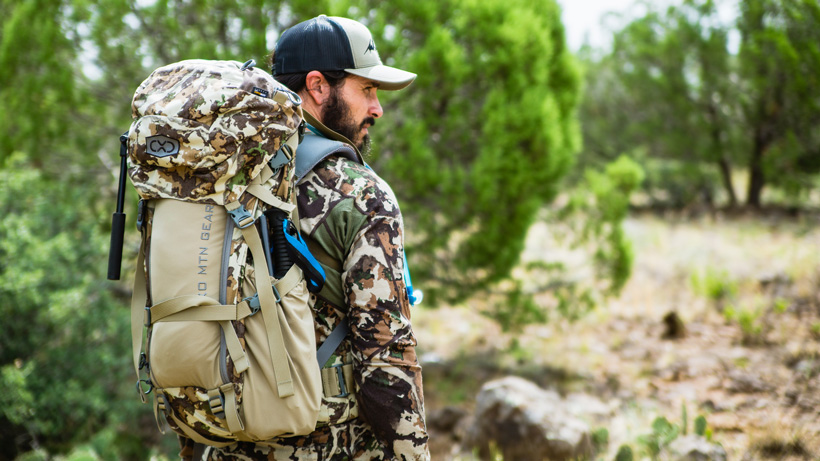 A few years back, I was loading up my backpack on my tailgate when an old timer pulled into the same camp. This gentleman spends his year bouncing from campsite to campsite in his trailer. In the winter, he drops into the desert and, in the summer, he chases the high country. A simple life and one that I enjoyed hearing a small bit about. After chatting a while, I told the fellow that it was time for me to shove off into the hills to try and fill my black bear tag. He looked at me like I was crazy. His exact words to me were “I’ve been walking these hills for 40 years and have never seen a black bear.” I told him they were indeed out there and I had the freezer to prove it.

When Arizona and bears are brought up together this is a common reaction. Most people who live here don’t even know that bears exist in their home state, let alone a huntable population. The truth is that Arizona is home to a healthy population of black bears and some big ones at that! Turns out that cactus country grows some record book bears. If you don’t believe me, look for yourself below.

When you look at the top 20 locations in all of North America, Arizona still ranks number 8 on the list. 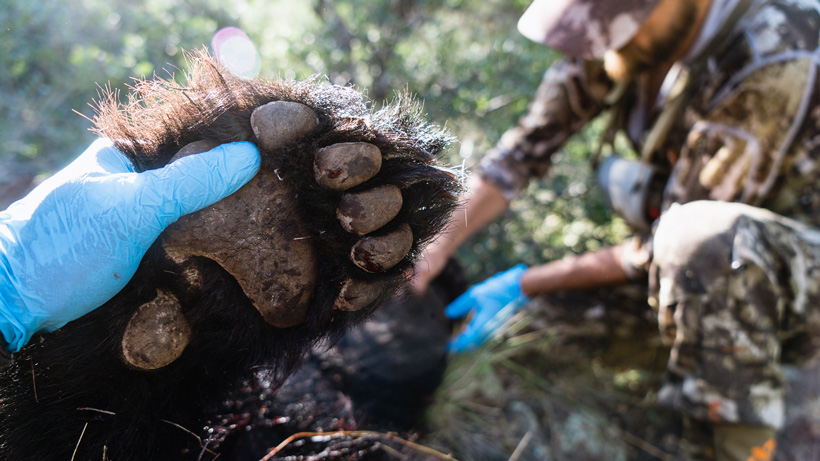 This is why I’m looking forward to another year of bear hunting and this time I thought it would be helpful to lay out what I believe are the best bear hunting opportunities in Arizona. Let me tell you: there are plenty. For nearly nine months out of the year, we can chase bears with over-the-counter (OTC) tags, pending sow limits of course. Here’s how...

For the most part, all of these tags are OTC with the exception of our spring archery tag and an any legal weapon spring draw hunt in two units. Your one OTC bear tag is good for all of the general non-permit seasons. The tag you hunt on in the spring is also good in the fall if you aren’t fortunate before then. Each unit that is open has its own sow quota limit. Once that limit is met, the unit closes down to bear hunting the following Wednesday at sundown. It is your responsibility to call our bear hotline to keep up-to-date on the status of closed units. You can also do this online. Enough of that, though, let’s chat bear hunting. 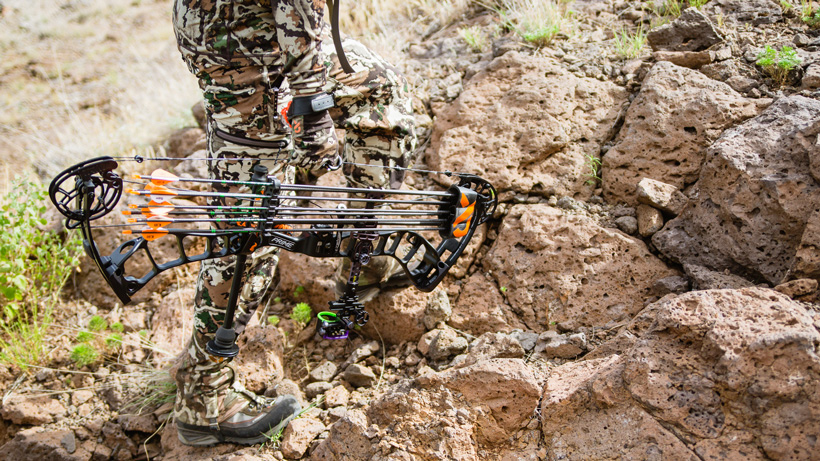 Spring is a time of year when nothing else is really going on in terms of big game hunting. I guess there are turkey hunts happening, which are indeed fun in their own right; however I’ve always fancied bears over thunder chickens. During this time of year, bears are emerging from their dens and crushing fresh green grass in order to get their digestive tract up and running. It’s a beautiful time to be outside here and a great time to backpack hunt if you enjoy doing so. Water is usually readily available from spring runoff.

The first bear hunt of the year is going to land in late March and run its way clear until the last part of April. There are also select units that will stay open through the end of July. This is a great hunt to get out and stretch your legs from the lazy winter that lay behind us. Just like you’re getting out and stretching your legs, so are the bears. The first part of this hunt can be slow because the bears are slow. Once April hits, they start venturing further and further from their dens. I’ve found the best way to locate bears during this hunt is by glassing big faces with that bright green grass I mentioned above. Dense timber intermixed throughout helps, too, since it offers bears security. In the past, this hunt was actually described to me as a dud and just a way for the Arizona Game and Fish Department to make some extra money on tags. It is anything but that. 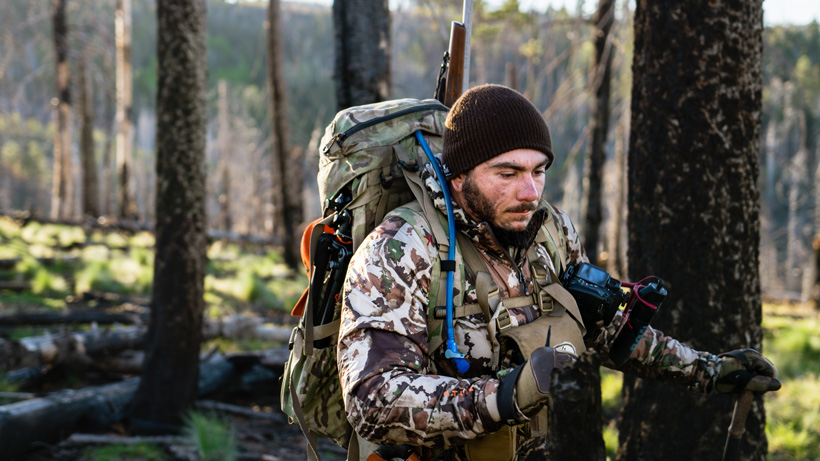 Arizona does have an archery bear hunt that is a draw and an any legal weapon spring hunt. The spring archery hunt runs from early May to July 31, pending sow quotas. The any legal weapon spring draw hunts are March 20 to April 30. These hunts—and all spring bear hunts—are not open to hound hunting. There are some reservations that run dogs and are allowed to bait during this time, but other than that, it’s not permitted.

Personally, I love this tag as it lets me hunt during the driest time of the year, which makes water the Achilles heel of bear hunting. It’s the perfect time to set up an ambush on a secluded water source in anticipation of a big bear coming in for a drink. It is a great opportunity to get a bear within bow range. Another popular tactic during this hunt is predator calling as the fawn drop occurs during the same time.

The fall hunts are probably what Arizona is best known for when it comes to bear hunting. These are all OTC general hunts that start in early August with a handful of open units. The rest of our bear units will open in tandem with the archery deer hunts in late August. These will run until mid September and offer a great opportunity for a mixed bag hunt. Archery deer, general bear and archery turkey are all open at the same time. The next hunt will open in early October and run through the rest of the year. Of course, all of these dates are based upon pending sow quota limits. This is when the mighty “bears in the pears” phenomenon happens. If you’ve never heard of this, it’s when black bears drop down from the high country into the desert and feed on the fruit that comes from the prickly pear cactus. It’s a wild thing to see a bear walking around the desert, but is something that draws hunters from far and wide. 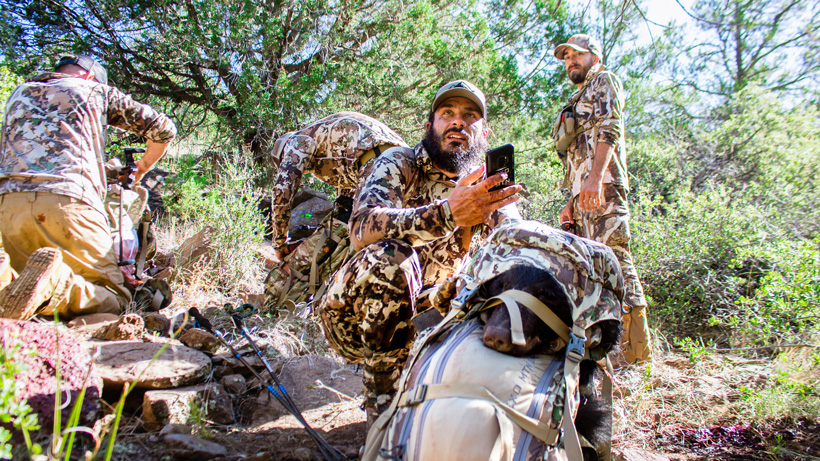 What are the best bear hunting opportunities in Arizona? If I'm being honest, I say it's all of them. Fall is probably the most popular, but there have been years where I see more bears during the spring than the fall. So, you see? As out of place as it might sound to hunt bears in Arizona, there is more than enough opportunity for a hunter to pursue them here. It might not always be an easy hunt, but it is definitely doable for the hunter willing to put in the work. Bear hunting here in Arizona has really turned into my everything for most of the year. It seems like I’m always doing something related to bear hunting and, in turn, I find spots for other animals while doing so. Also, if you’ve never tried bear meat, you’re straight missing out. Don’t listen to the rumors about it being too greasy or anything. It’s a pretty tasty meat and one that will turn the head of any naysayer when taken care of right.

Here are a few tasty wild game recipes you should try: