Are mornings really that bad for spring bear hunting? 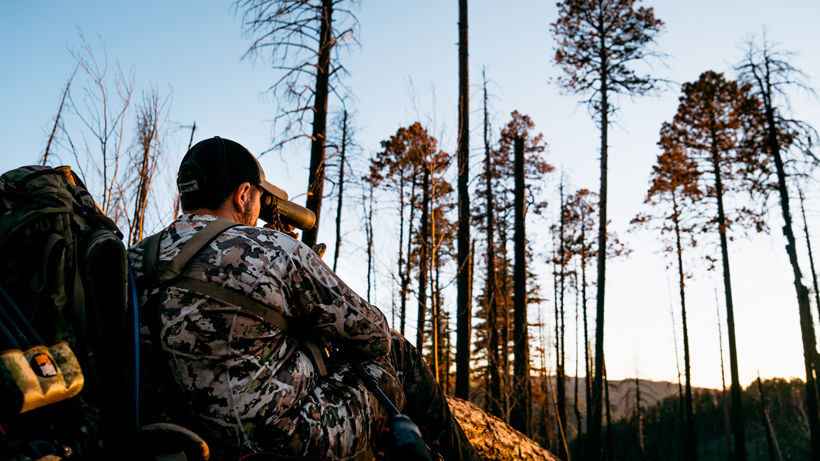 Throughout life, you hear all sorts of myths that float about. Stuff like if a penny was dropped from the top of the empire state building and it landed on someone, it would kill that someone. This has been debunked. The penny might hurt, but it isn’t going to kill anyone. Another one is lightning never strikes the same place twice. That is far from correct as lightning often does strike the same place twice. In the case of hunting, there are those who say herd bulls can’t be called in, but this is proved wrong every year. Spring bear seasons are right around the corner and there is a common myth that comes along with it. It has been said by more than one person that spring bear hunting in the morning is bad and a waste of time. Bear hunting is an evening thing they say. There is no doubt that hunting bears in the evening is good, but the fact that mornings are bad? That my friends is a falsehood. 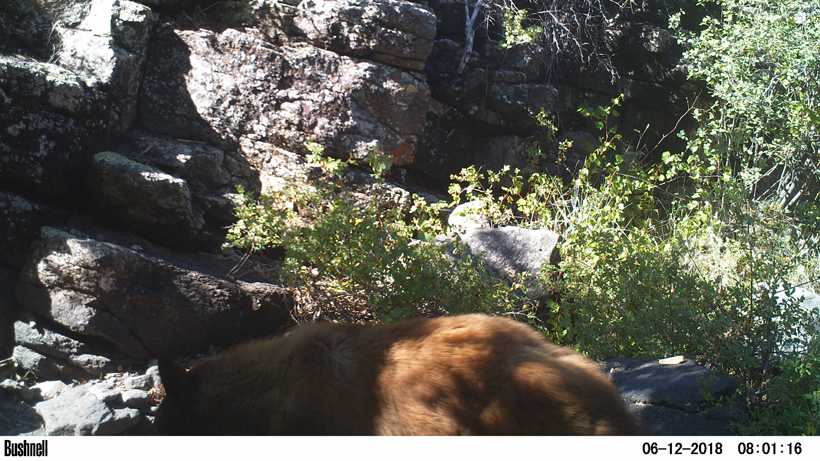 How a bear moves throughout the year is a direct reflection of two things: their motivation for food and, in the case of boars, their motivation to breed. Bears wake up and generally will stay fairly close to their dens right out of the gate, venturing out for a stretch and to check on food availability here and there. As the temperatures warm and the snow melts, they’ll travel farther from their dens in search of food. Bears have an excellent memory and will often return to the same seasonal feeding sights year after year. I’ve personally witnessed the same bears in the same areas during certain times of the season. Bears that I saw in previous years there. From both trail camera pics and my own glassing, they were most active in the mornings and evenings.

Time and date are accurate

How active a bear is throughout the day is going to depend on what stage of the spring season we’re in. During the earlier/middle parts of spring, bears are heavily focused on trying to find food. They will be doing this during the first hour of light, on and off throughout the day bedding in between feeds, and then again the last few hours of daylight. At this time, they are very patternable. If you see a bear feeding in a chute in the middle of the day, chances are you’ll see that bear again that evening in the same chute. Now, when we fast forward to the later spring and get into the rut, bears are active on and off all day long. It’s similar to the deer rut. You never know when a buck is going to run out chasing a doe. The same can be said for bears. A boar’s desire to breed will toss predictability out the window. Breeding season is a tough season to nail down a bear. So, generally when you see a good bear, you need to make a move. Seeing them again later that day is up in the air.

Should I hunt bears in the morning? 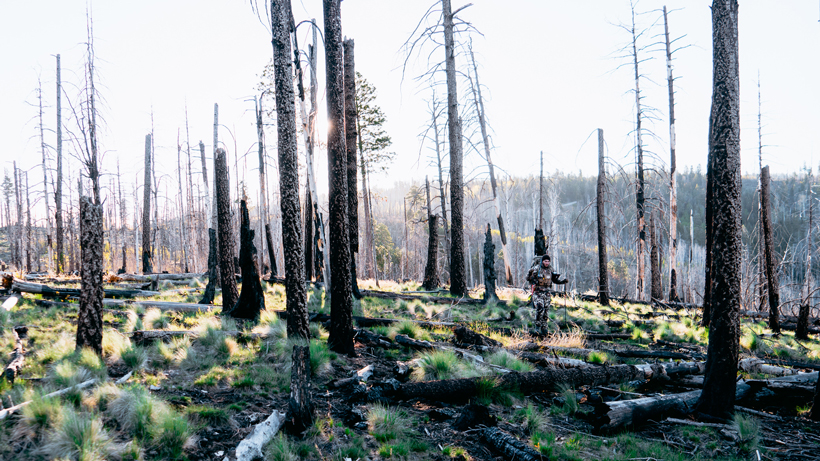 Now that we’ve taken a look at bear behavior a little, we are left with a question. Despite what myths float around the hunting world, should you hunt bears in the morning? I feel this is a rather silly question to be honest and forgive me if I’ve offended any of you die-hard bear hunters by thinking that. Sorry, I meant to say “knowing that.” What I’ve experienced and close friends of mine (bear guides) have experienced only intensifies the silliness of the question. All of us each year witness bears walking around in the morning during the springtime. If you aren’t out looking in the morning, though, you aren’t going to see them. It is no secret that bears are most active at first and last light — no matter if we’re talking spring or fall. That is just the way of the bear and many other species out there. Countless biological studies have been done on the behaviors of bears. To go against that is, I’ll say it again, silly. So, yes. If you have a morning to get out and bear hunt, then by all means make it happen. You’d be doing yourself a disservice by not going hunting. Is it better than the evening, though?

Based upon biological studies conducted in Idaho, bears showed major peaks of activity from 5 a.m. to 10 a.m. and then again from 6 p.m. to 9 p.m. This study was done from March through May as well as from June through October.

Are mornings better than evenings? 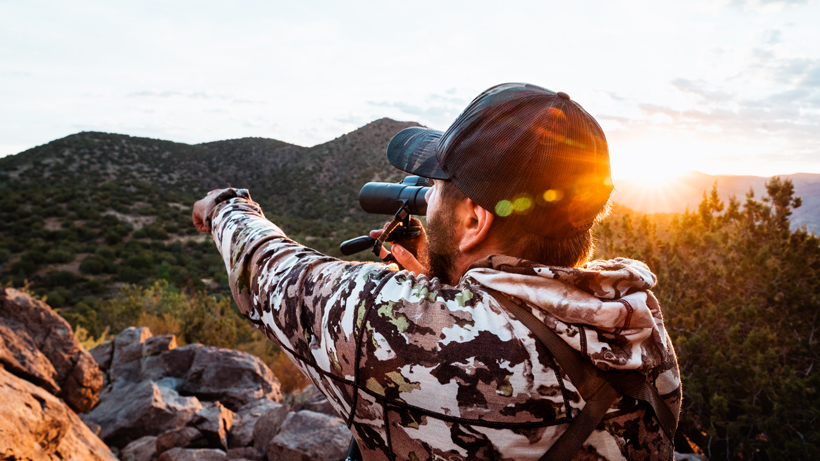 We’ve established by both experience and biological fact that spring bears are indeed active in the morning. And if we can see them, we can hunt them. They don’t disappear into thin air during the morning hours. Is pursuing bears in the morning more fruitful than the evening though? I think that depends on a few things. First off, does a person even have evenings available to hunt? If they don’t, then the answer is a hard yes. The exact opposite is also true. If someone only has evenings available to hunt, then those are going to be more productive obviously. I also think there is a lack of motivation to get up early and hunt spring bears in the morning. Folks are late to glassing spots, busy making coffee and, in turn, aren’t hunting as hard. Spring bear in general is looked at as a lazy type of hunt. I’ve heard it called a laid back hunt actually. Why get up early to glass when we can sleep in, have a nice breakfast, hang out in camp and just hit the hills fresh in the evening? So, it’s easy to see why mornings get thrown to the wayside. Naturally, if more people are out bear hunting in the evening, we’re going to hear more success stories about evenings. I’m not going to say either is better than the other because there are too many variables.

The best time to hunt bears 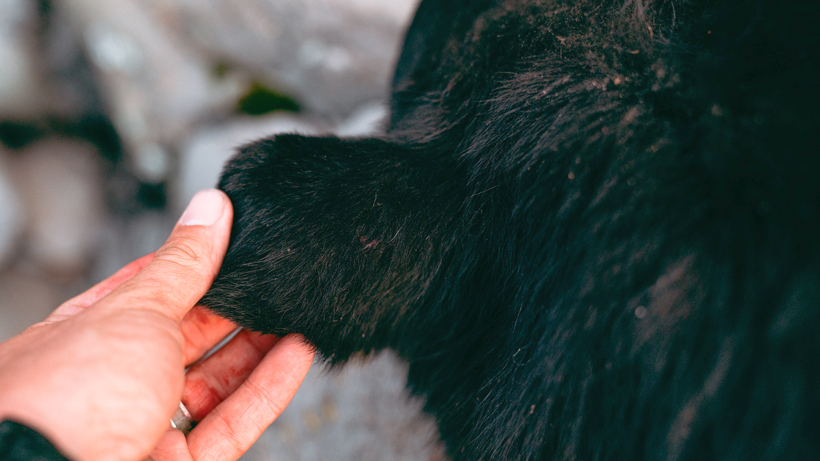 If we lay out an entire day and create hot and cold zones for spring bear activity, it would look something like this. First light would be mild, followed by mid morning being hot. Middle of the day would be a little cooler than mild with evening returning to hot again. This is based off of what I’ve personally seen and others in my circle have seen. It’s really easy to hear these “rules”or myths that people throw out there about things and have them affect our decision making down the road. To hear that bear hunting in the morning isn’t good and have someone not go bear hunting then because of that is sad. Use your own judgement and create your own rules. Create your own best time to bear hunt whether that is at first light or the last part of the day. They’re there. The best time to bear hunt is when you can go out and bear hunt. Bottom line: go bear hunting.

Other spring bear hunting articles you might want to check out: