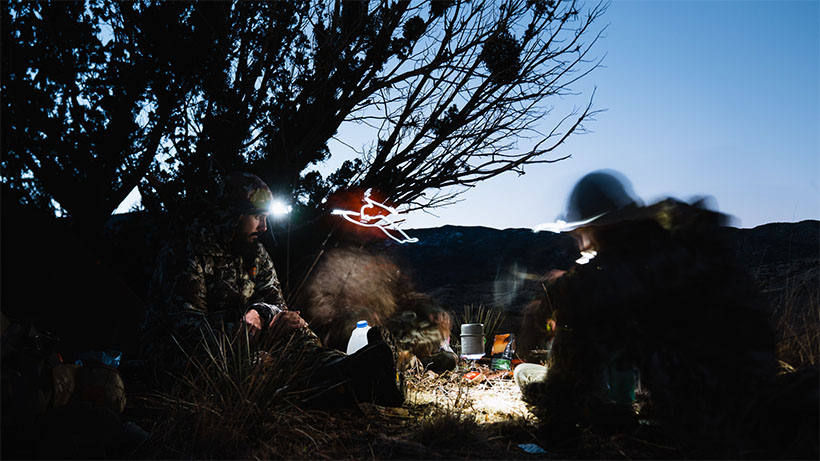 If one thing is true about backpack hunting, it’s that it is exhausting. Taking on the backcountry with hopes of taking a little piece of it home with you is a feat that is not easily attained. In order to keep grinding day after day, sleep is critical. And not just any sleep, but good sleep. Both our minds and our bodies need the recovery time after a long day of hunting and living in the mountains. It’s not always as easy as laying your head down on a pillow though. I know my mind races many nights thinking about the day’s events and what’s to come. The tossing and turning never truly allows me to relax when this happens. Alarms don’t care about that though and they go off the same every morning. This is precisely why I will often use some type of sleep aid on backpack hunts. Here are a few that I’ve used and my thoughts on each of them.

Perhaps the most popular of sleep aids you’ll find out there is that of melatonin. While we can go and buy melatonin supplements in a store, this is actually something that our bodies produce naturally. It’s what regulates our sleep cycles throughout the night and has been proven to help people fall asleep faster. People with insomnia often turn to melatonin with positive results. This stuff is widely available and can be purchased mostly in pill form, but can also be found in gummy form. Both are suitable options for backpack hunting.

I’ve done very well on melatonin in the past. It’s always given me quality sleep and I don’t wake up groggy or with a headache. What I will say is this though: my dreams are out of control when using melatonin. It’s not necessarily something that will keep me from using it, but man they are both weird and vivid! So, maybe be prepared for an interesting ride throughout the night!

We are talking about supplements here, so not mentioning a few supplement companies in our beloved hunting industry just wouldn’t be right. How I see it is that these are companies that embrace the hunting lifestyle. We should support them where we can.

To build upon melatonin, we arrive at Mtn Ops Slumber, which has melatonin and magnesium in it to promote good sleep and rest. Basically, Slumber is a hot drink in either cider, chai or cocoa form. Along with the melatonin, magnesium, some trace minerals and l-theanine to promote deep sleep, Slumber also promotes recovery. It does so by way of collagen, which aids in healthy tendons, cartilage, bones and joints — all things vital for backcountry hunting. Along with collagen, Slumber also has tannin free rooibos tea in it. This stuff is rich in antioxidants, which help fight off cell damaging free radicals. 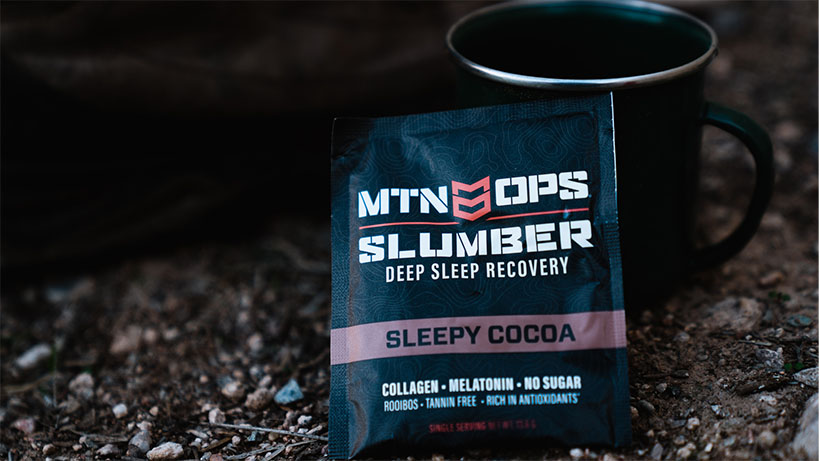 I have found Mtn Ops Slumber to be quite pleasant actually. This hot drink caps the night off well after a long day of hunting. It’s also surprisingly tasty. Now, I do still get the crazy dreams from the melatonin, but sipping this right before bed is just a more calming experience than taking a pill. I’ve also not woken up groggy or with a headache from it. The only downside really here is having to boil more water, which uses more fuel, more water and takes more time before bed.

The next sleep aid we’ll chat about is called valerian root. Valerian root has long been used throughout history as a sedative and in order to calm the nerves. It is native to Europe and parts of Asia, but has grown popular here in the U.S. People with anxiety usually do well with valerian root. Valerian root is widely available and you can get it in either a liquid or pill form. For the purpose of backpack hunting, I’d say the pill route is the best route.

I’ve personally used this stuff with varying results. For the most part, it has worked just fine for me. There have been sometimes, though, when I wake up with a splitting headache. I’m not sure why, but when I take straight valerian root this is a semi-common occurrence for me. One of my theories is it’s because I’m often not getting a full eight hours out in the hills due to waking up so early and going to bed late. This leaves my brain in a foggy like rest mode, which makes it even harder to get up. Other times though it’s been great. Another theory is the amount of valerian root in the pill might be a bit much for me, which leads me to our next sleep aid.

The well-being of hardcore hunters has always been at the forefront for Wilderness Athlete. They are no strangers to living in the mountains and answering the calls of backcountry hunters’ needs in the field. Good sleep is one of those needs and their answer is called Unplug. Unplug is a pill that was created for the purpose of ensuring deep sleep and minimizing restlessness in order to wake up as refreshed as can be for the next day. Along with valerian root, Unplug also has GABA and magnolia bark to promote deep sleep. And the 5-HTP (Griffonia simplicifolia extract) and added nootropics is what will aid in waking up feeling clear and full of energy to tackle the mountain. 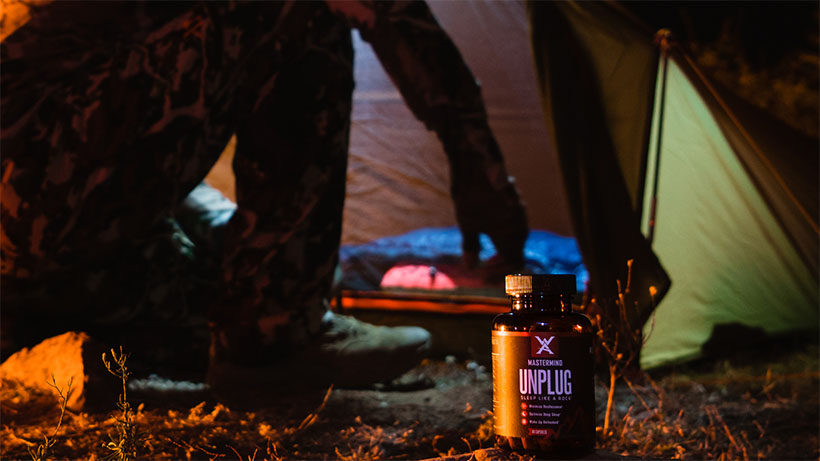 I have used Unplug for a few years now on my backcountry hunts. Unlike when I take the straight valerian root and sometimes get headaches, I surprisingly haven’t had that experience with this stuff. My take on that is it has a lower dose of valerian root in it, so maybe that’s why I’m not getting the headaches. Nonetheless, it works and is efficient, which is really important to me. Efficiency is everything on backpack hunts and Unplug caters to that. After dinner I just pop two of these capsules and I’m off to the races or I should say dream land. For the ease of use, effectiveness and efficiency, this is my preferred sleep aid for backpack hunts. 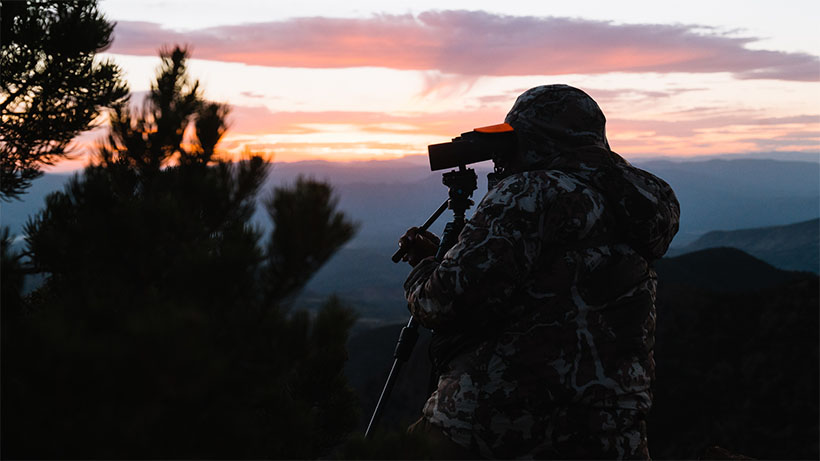 Sleep is critical for clarity, recovery and overall functionality. A backpack hunt with little to no sleep is one that will run you into the ground. So, as exhausting as backpack hunting already is, cruddy sleep isn’t an option. We spend months upon months on physical prep and dollars upon dollars on gear for these adventures. To not pay mind to something as simple and important as sleep seems rather silly. So, whether it means trying out one of the sleep aids above or just snagging a new pillow, don’t disregard quality sleep. Live in the moment and seize the day. These adventure hunts are special and a person only has so many of them in their life.