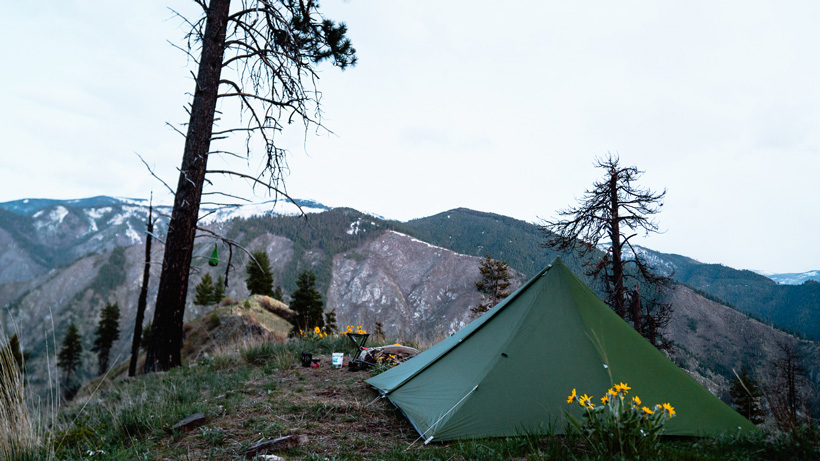 What was once something that was quite out of the realm of normal for most western hunters has now become almost a standard. Backpack hunting continues to grow in popularity each turn of the calendar. More hunters — and particularly newer hunters — are feeling the pull of the backcountry. Even with little to no experience hunting, they still want to go live in the dirt. For those who possess the moxy to live and hunt in wild places, backpack hunting is the ultimate adventure. I love every bit of hunting the backcountry. Heck, I wrote a book about it. Yet, through the years, I’ve realized there are reasons why some might not want to do so. With it being so on the radar now, I think it’s important to note some of those. Here are some other things that should be on your radar before considering a backpack hunt.

It is far from easy 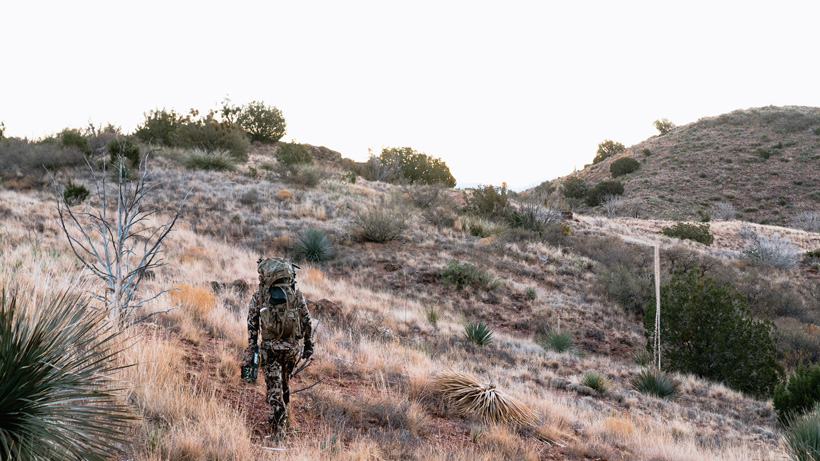 When I was a kid, my dad and I would wake up in our camper, turn the heat on and get the coffee happening. We sat on a comfortable mattress while getting ready for the day’s hunt. After the fact, we’d hop in the truck and drive to where we planned to hunt. With a quick hike into the woods, we were hunting. All the while knowing that we’d be returning back to the comforts of camp later on.

The fact of the matter is that there are much, much easier and frankly smarter ways to hunt than that of backpack hunting. Doing so is work from front to back. Hiking into camp with a fully loaded backpack is enough to put a fella down for a few days. I’ve seen it and it’s a shame when it happens. And then there are the chores that come with backpack hunting. After hunting hard all day long and arriving back at camp tuckered as can be, there are things that need to be done. Things like filtering water. Something that might require dropping 1,000’  to do so. Many also hang their food, which means that every evening and morning, they’re making a run to their food bag to either take something out or throw something in followed by hanging it again. There is no comfortable mattress to sit on while getting ready. And there is no heater  to warm the body. It’s just you and the mountains. A situation that is far from ideal for everyone.

In the days of old, I’d spend my nights in that camper underneath a good old fashion Coleman sleeping bag that rolled up to about the size of a beach ball. That bag was no doubt comfortable, but isn’t going to cut it on a backpack hunt. In the best interest of a hunter, backcountry gear needs to be small and lightweight. The smaller and more lightweight something is, the less room and weight you will be hauling around for camp. Sounds simple enough, but it often comes with a hefty price tag.

In general, the more compact and lightweight something is in the backcountry world, the more expensive it’ll be. This is especially true with shelters, sleeping bags, sleeping pads and clothing. It isn’t unheard of for someone to spend north of $500 on a sleeping bag or shelter. So, unless you really plan on devoting yourself to backpack hunting, going on multiple trips a year, fronting the money for this stuff might not be in your best interest. You’d be far better off filling the bed of your truck with gear and having a nice posh truck camp to satellite out from each day.

Save and earn rewards in the GOHUNT Gear Shop 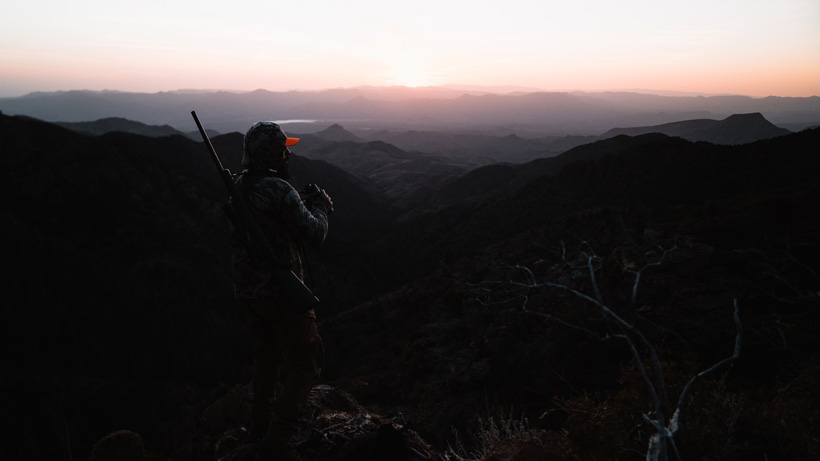 When I first headed into the hills on a backpack hunt, I went into them thinking of the endless possibilities that would lay at my feet upon my arrival in camp. Surely, with how much land was in front of me, I’d be able to walk for days and live my perfect adventure hunt. While that sounded all fine and dandy in my head, it was a different story when I was there. Suddenly, backpack hunting didn’t seem as freeing as it did beforehand.

Bare bones, backpack hunting is a commitment. Once you’re back there, you’re back there. It takes a great deal of time and energy to haul camp in somewhere. Sometimes, that “somewhere” is bound to where there is water availability, too. Meaning that you can only go so far from camp before having to come back. And what if there aren’t animals back where you are? YOu can’t simply drive down the road to a new area. Moving camp to a new spot is a whole different investment in time. For someone who only has a week a year to hunt, that is precious time being taken away from them. Time that could be spent hunting, not carrying camp around, setting up and tearing down. It’s a different level of dedication.

Even with that uncanny dedication, trying to get away from the vast majority of hunters, you might not be alone back there. Just because you worked your tail off getting back in a remote spot, doesn’t mean you’ll have it all to yourself. There could be other hunters right where you want to go. Unlike just driving to a new spot if someone has beat you to the punch, you’ll be faced with doing so on foot. Backup plans are mandatory.  And it takes much more time to learn the backcountry in a unit rather than exploring a unit with a vehicle. 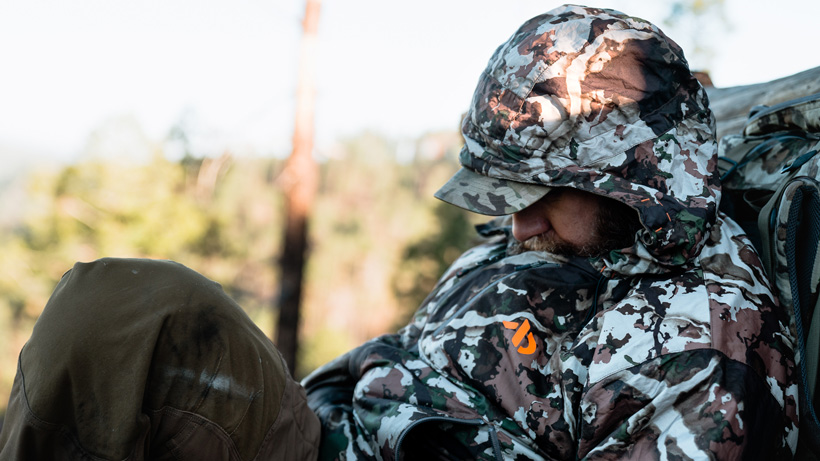 As I sat atop a remote ridge in bear country I saw some fellas working up a distant face off to my right. One of the guys was moving at a snail’s pace. Later, I met that guy down at the trailhead after I packed out from eight days of hunting. He had only been back there two nights and was supposed to be there all week. Without sugarcoating this, he got his butt kicked and couldn’t hack it out back there physically or mentally. This was coming from a guy who was a marathon runner. He thought for sure he was ready, but got served a fair amount of humble pie and humility.

This backpack style of hunting many of us love so dear is far from a walk in the park. It’s incredibly difficult — not just physically, but mentally as well. Being away from your family surrounded by wilderness can be hard. And grinding through the merciless terrain we encounter will drive anyone past the point of exhaustion. In preparation for these trips, some just jump on a treadmill with a weighted pack and call it good. They read about things like “fear” on these hunts and write it off as nothing because they’re big strong men. And if an animal goes down, they learn the true meaning of what heavy really is. Backpack hunting is exhausting on all levels and the only way you’ll realize how true that is is by experiencing it. There are many folks who crack because of these things I’ve mentioned and never backpack hunt again, which is totally fine. Just know that this stuff does in fact exist and shouldn’t be written off as “nothing.”

The stakes are higher 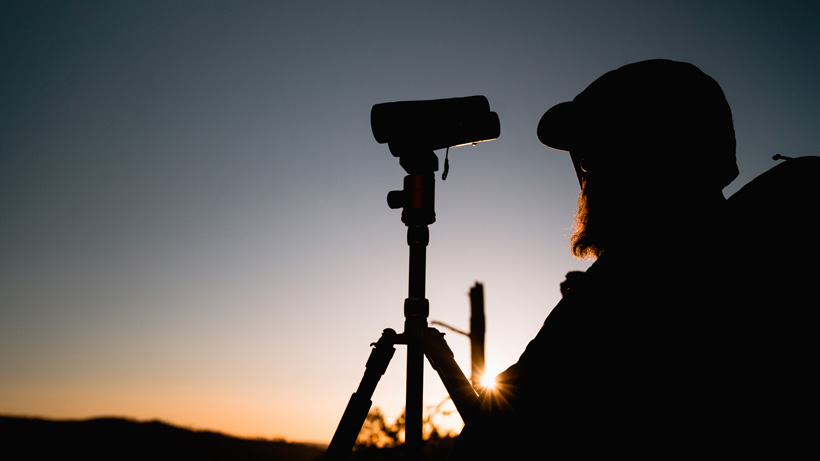 The backcountry is a rugged and unforgiving place. It doesn’t care about your feelings or how bad you want to fill your tag. It’ll pull the rug out from under you just as quickly as it’ll give an epic sunset to end the day. Because of that, it’s important to note that there is a fair amount of risk involved with trekking miles into remote destinations. And for those who do this stuff on the regular, this is a risk we grow complacent with. Backcountry hunting sounds glamorous on the surface, but you’re literally pulling yourself away from help should something unfortunate happen back there. The stakes are just plain higher on backpack hunts.

In order to be properly prepared for these higher stake hunts, there can be a steep learning curve, which poses yet another degree of time and dedication that you need to expend. Basic survival skills are a necessity and not as common knowledge as they may come to those within the backcountry hunting community. 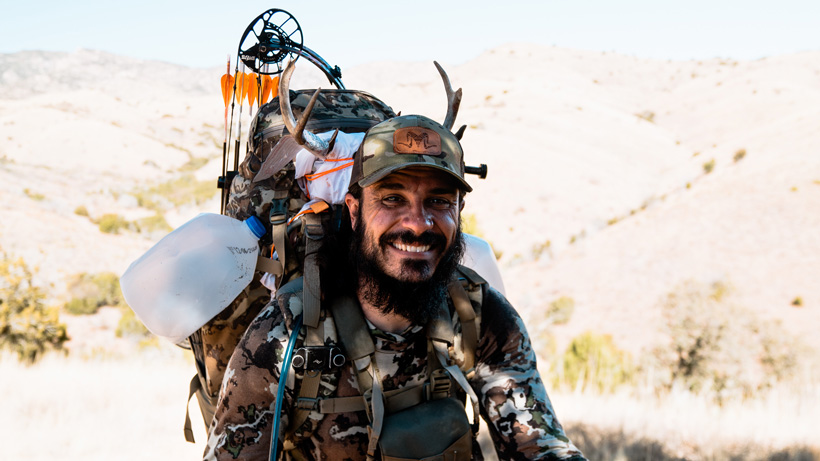 There are two sides to a coin and that was the point of this article. Backpack hunting gets romanticized quite a bit and I feel it can be somewhat misleading for folks. You’re not signing up for a “gimme” hunt or some glorious experience you saw in a hunting film. It’s going to be taxing on all levels and you might not ever want to even do it again. I’ve personally backpack hunted with people who did it once and that was good enough for them. There’s nothing wrong with that. I will leave you with this thought. If you are willing to embrace the whole experience that backpack hunting offers, from the highest highs to the lowest lows and everything in between, there is nothing like it.