6 reasons why llamas are the ultimate pack animal for hunting

The backcountry truly is an amazing place. It only takes one trip deep into the mountains to fall in love with backpack hunting. However, getting there takes plenty of sweat equity and every step is earned when you’re carrying enough gear, food and water to survive a week-long hunt.

One thing I love about the backcountry is the adventure side of things and pounding mile after mile on my feet carrying all of my own gear on my back is a level of excitement that is hard to describe. Flashback to the 2016 season. This was a year that I wanted to try something new; find a way to add a twist to that adventure that I seek on all my hunts, which led to me trying out llamas for a backcountry hunt. When it comes to pack animals, in the past, I’ve been fortunate to have used horses and also pack goats for mountain hunts. Both of those pack animals were enjoyable and I can see why people love a good horseback hunt and why others choose to hunt with pack goats. But the animal I’ve always been intrigued with are llamas. After meeting Beau Baty of Wilderness Ridge Trail Llamas a few years ago at a hunting show (and talking his ear off), I knew that I needed to find a way to rent a few for a backcountry hunt.

Fast forward a few years and that dream finally became a reality. Before I get started, I will say that pack goats are a fun animal to be around. In terms of their demeanor, pack goats are like labrador retrievers (but with horns). I fully enjoyed hunting with them. But…after using llamas on a backcountry hunt in Wyoming, llamas are easily my preferred pack animal. They are absolutely perfect for my style of hunting. Below are a few reasons why I now feel that llamas are truly the perfect pack animal.

Before we go any further, when I'm talking about the ultimate pack animal, I'm especially referring to a pack animal that can be easily accessible for the average person. To my knowledge, you can't rent horses or mules and use them for a hunt. Then at the same time, would that person renting a horse and some mules have the experience to use them in the mountains? Renting llamas opens the door for the average person to greatly improve their time on the mountain without having to go on a guided hunt in order to get access to horses or mules.

1. Ability to go where no pack animal has gone before 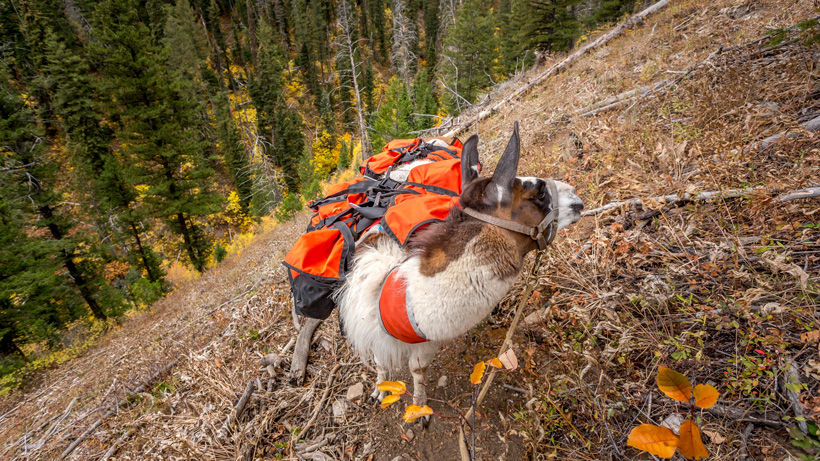 What I mean by this is llamas have the ability to follow you in some of the roughest terrain the West has to offer. During my eight-day trip into the mountains of Wyoming for mule deer a few years ago, I moved camp three times. Each time, I would take my trusty llamas (Marshall and McShane) up to a ridgetop where we would dive into a steep basin and then climb up the other side. The two llamas never gave me any attitude at the challenge and their sure-footedness instantly proved how amazing they can be. 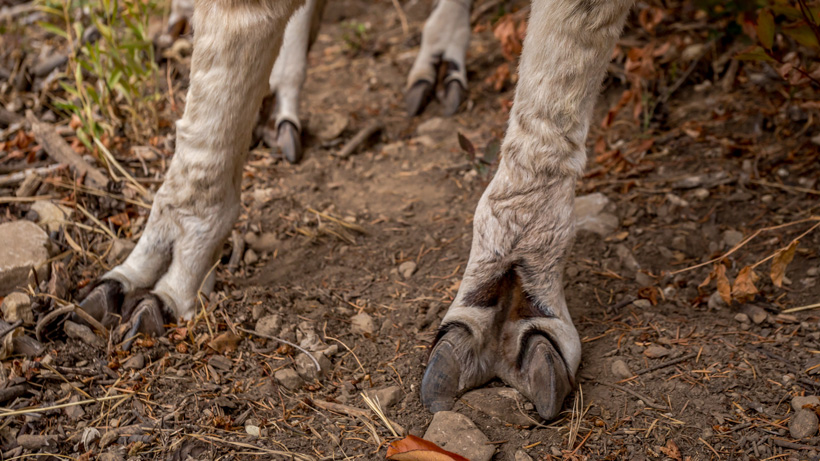 It didn’t matter if the llamas were navigating a small scree field, small boulder section or a thickly timbered jungle of trees…they had the drive and focus to carry the gear anywhere I wanted to go. 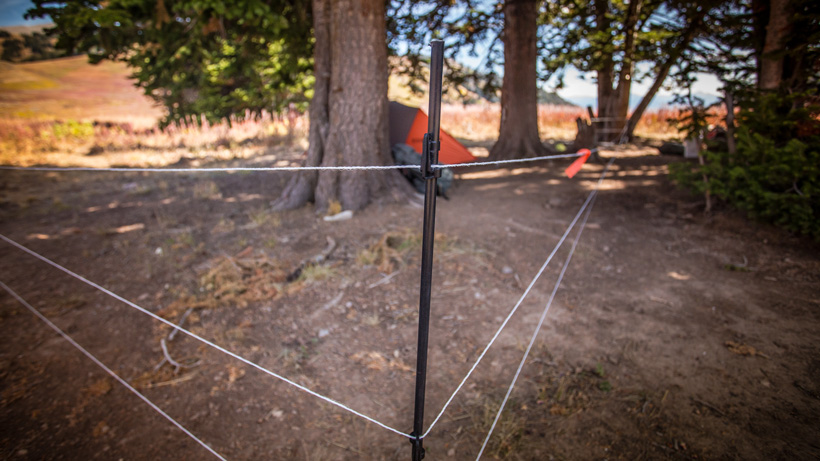 By using llamas, I was also able to pack in a lightweight electric fence.

Up until recently while filming hunts, most of my hunting has always been solo. Hunting solo adds a lot of freedom, but also has its challenges. One of the biggest challenges or hurdles is staying safe in grizzly country. I’ve lived around grizzlies most of my life when doing fisheries work in Montana, but it can get a little uneasy when you have to hunt deep in the mountains in known grizzly zones.

This slight uneasy feeling can easily be cured when you add llamas to your hunt. While hunting with llamas in 2016 in Wyoming, I was in known grizzly bear country. However, I slept extremely well each night thanks to the llamas that were staked out near my tent. 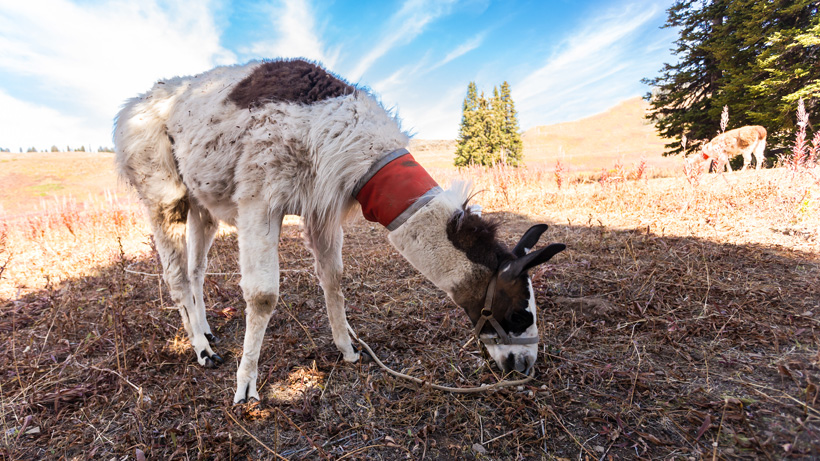 Having llamas in camp can double up as a security system. If anything comes by at night that they are uneasy about, a llama will make a bunch of racket, which could spook the animals away and, at the same time, wake you up. Before I headed out on my hunt, Beau told me that llamas are very alert and attentive by nature and they know when something is wrong. If they see or smell a predator, they will make a loud alarm sound that will not only alert you, but also greatly has the ability to warn off predators for the most part. 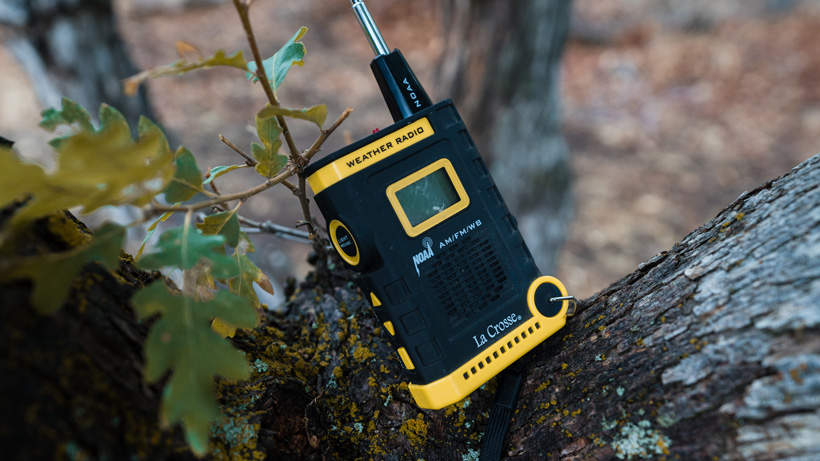 Another trick Beau taught me for hunting in grizzly country is to bring a small radio and extra batteries and leave the radio on at camp near the llamas when you leave in the morning. It keeps them calm, and also provides a little deterrent to keep bears away from your camp.

3. Hunt fresh from day one to the last day of your hunt

Everyone understands that the mountains will test your body every single day on a hunt. And, because of that, offseason training can increase your chance to tackle the mountains.

However, toss llamas into the mix and this will open up the doors even further to where you can hunt and how many days you can stay out hunting. Plus, the llamas I rented were on the taller side which meant they could easily handle the speed I can hike. So not only was I fresh each day, but the llamas didn't slow me down in my haste to move from location to location in search of bucks on the days I wanted to move camp.

How much can llamas carry? 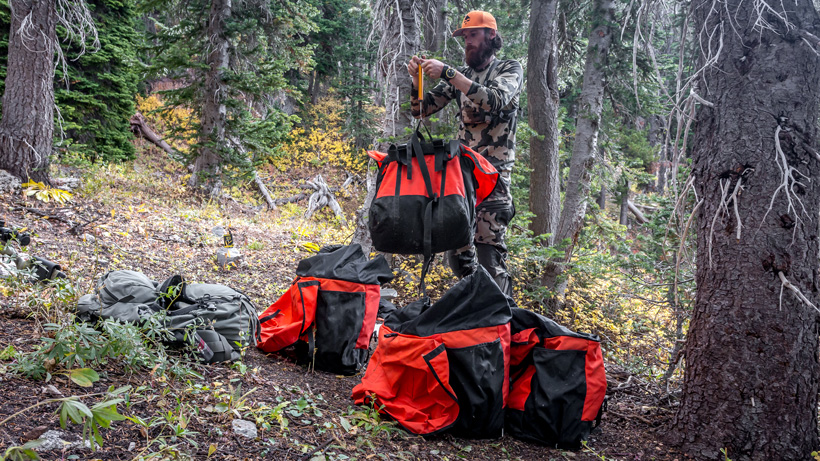 Weighing gear bags that will be loaded on a llama while moving to a new hunt location.

The ideal packed weight for a llama that is at least five years old to carry is 18% to 22% of their body weight. For example, for a llama that weighs 400 lbs, its efficient weight would be 70 to 80 lbs.

Normally, on a backpack hunt, the first couple of days of your hunt can put a huge toll on your body, especially if you’re anxious to put the miles on. Going all out early in a hunt could prove to be detrimental if your body is not used to the miles and elevation.

Now, if you have llamas, you can be as fresh as on day one of your hunt as you are on day seven. Llamas will be able to take the brunt of your load when you pack a week’s worth of food, camp, gear and, even, water to your camp location.

4. Packing out your meat in one trip

Using llamas also opens up the doors to hunt further from a trailhead without risk of spoiled meat. For example, that elk hunting spot you always thought looked great on the map, but is four miles further from the trailhead than your normal hunt area…well, if you have llamas, you now have the ability to hunt the spot you’ve always been dreaming about. And, at the same time, you now have the peace of mind knowing that you won’t lose any meat if you kill a bull that far from the truck.

According to Beau, one llama can pack out an entire quartered out deer, head, rack, cape, etc. However,  for exceptionally large mule deer and longer pack out, it is best to utilize two llamas. For an elk, three llamas can pack out a quartered elk including back straps, tenderloins, neck, brisket, rib meat and the head. For very large elk, four to five llamas are best, especially if you are going more than seven miles in steep country. Keep in mind that you should not exceed weight limits for each llama so you might have to plan to make multiple trips. However, even if you have to take multiple trips, those trips will be much easier on your body and you can always carry some meat and gear on your back as you pack an animal off the mountain. 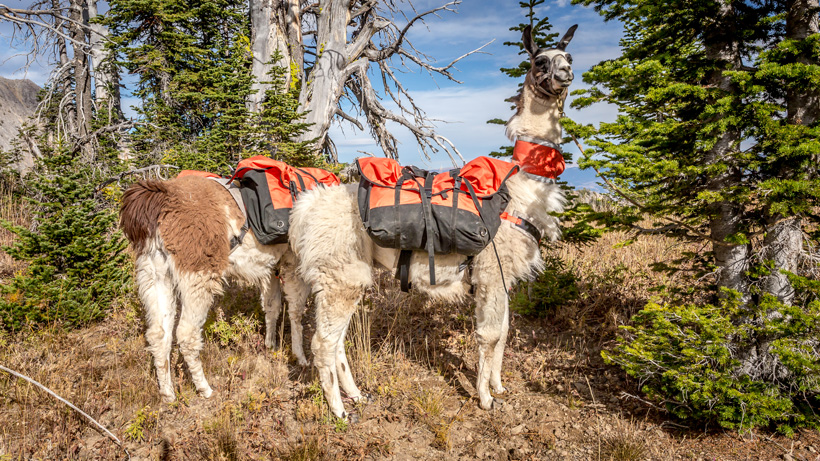 Moving camp is a breeze with llamas.

Along those same lines of packing meat, llamas make it easy to stay mobile and move around to your plan B, C or D spot if things aren’t panning out on your hunt. So now, the basin that is two miles away—that’s now within reach. Packing up and heading further into the mountains is easier on the mind knowing that, with llamas, you can pack up your camp extremely quickly. Llamas can easily go four to nine miles per day while packing 18% to 22% of their body weight in rough terrain. 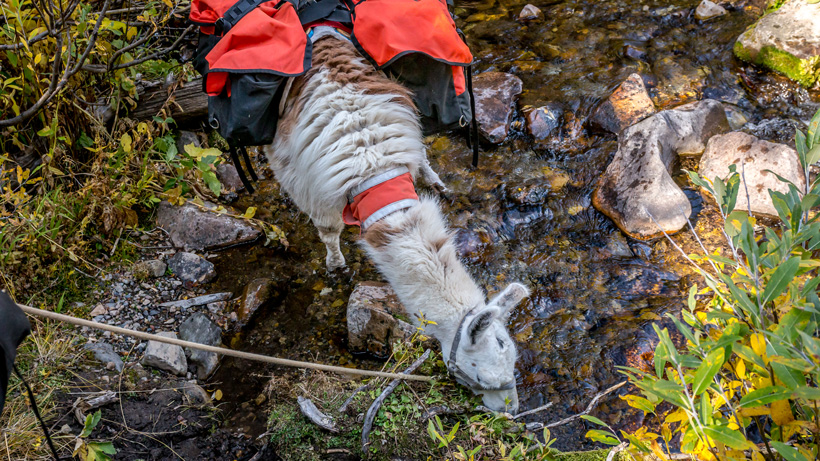 Depending on where you're hunting, water can be scarce—even in the mountains. Llamas are great to have after you set up camp and need to drop elevation to get tons of water. I carried five 6 liter MSR Dromlite bags when I used llamas. This enabled me to stay high for deer and focus all my efforts on finding bucks instead of burning my energy looking for water. 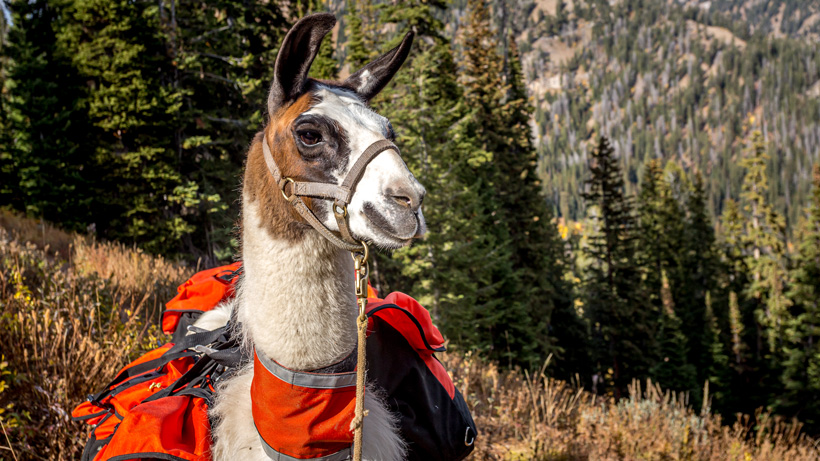 I thought about making a few more reasons why I think llamas are the best pack llama... like not getting bucked off a horse (side note: on a BC moose and mountain goat bowhunt I did back in 2013, I was bucked off my horse three times in a 14 day period. Once on the first day of the hunt which I landed on my bow and luckily didn't break anything, and two other random times. My horse had bad eyes and kept thinking anything it saw was a grizzly I was told. I had been riding horses for many years before this hunt too. Never a great feeling knowing you're trusting your life and gear on an animal in my opinion.

With all that information, there shouldn’t be anything holding you back from considering a llama rental for your next hunt. The popularity of llamas for western hunts is well earned! Plus how could you not wake up every morning and smile when you're greeted face-to-face with a llama like the one in the above photo? These animals have a laid back demeanor, are extremely sure-footed for any terrain and are very easy to handle after a short training course. While I still love backpacking everything on my back for hunts, llamas have their place and I'm counting down the days until I can hunt with them again.