Check out an example of the type of data you'll have access to when you become an INSIDER. This page is only a limited sample of the data we provide on our 6,200+ complete unit profiles across the West.

Bordering Colorado and Interstate 70 on the north, this high plains unit offers good hunting for mule deer and whitetail deer in land that is a mixture of prairies, dry farms, creek bottoms and farm land.

This is a good place for mule deer hunters with access to private land and is a decent unit for whitetail hunters. There are many walk-in hunting areas, and some of them have good habitat for whitetails as well as mule deer.

Terrain is a mixture of plains, rolling grassy and brushy rangeland, dry and irrigated farms, shallow valleys, river bottoms and strips of woods along stream beds. Many depressions fill with water during periods of wet weather, some of them for months at a time. The Smoky Hill River and its tributaries drain most of the land. Wallace and Logan counties are entirely in this unit, which also includes parts of Sherman, Thomas, Gove, Trego, Ness, Lane, Scott, Greeley and Wichita counties.

Grass, yuccas, low brush and various forbs cover most of the high plains. There are many dry farms planted mostly in grains, including wheat, rye, milo, barley and oats as well as in sorghum and sunflowers. Thousands of acres are irrigated and planted in corn, alfalfa and grass hay. Creek bottoms are lined with cottonwoods in places. Some bluffs and edges of steep ravines have thick brush.

Little land is public, but the state leases many private tracts and opens them to public hunting; they are listed in the Hunting Atlas, which also gives details on state and federal hunting areas. Private fee hunting areas in Sherman, Thomas, Gove and Trego counties are listed here, and private fee hunting areas in Greeley, Scott, Lane and Ness counties are listed here. Some fee areas might offer big game hunting, but most are designed for upland bird hunters. Cedar Bluff Wildlife Area next to Cedar Bluff Reservoir has several thousand acres of public land that attract a few mule deer and a good number of whitetails. In wet years the reservoir overwhelms a lot of the land, leaving about 7,000 acres of public land for deer hunting. In dry years, the reservoir recedes and the public hunting area increases to more than 10,000 acres. Scott Wildlife Area is only 160 acres but produces a few bucks, usually whitetails.

Camping is allowed at Cedar Bluff State Park in Trego County and Scott State Park in Scott County. There are seven cabins available for rent at Cedar Bluff State Park, varying from a one-bedroom rustic structure, to a modern cabin that can accommodate six hunters. There are two rental cabins at Scott State Park, and they are available for seven-day stretches. No camping is allowed on walk-in hunting areas. There are RV parks, private campgrounds and motels in several towns. Some of the motels in these towns include: Scott City Inn and Pine Tree RV Park in Scott City, Oak Tree Inn in Sharon Springs, and The Derrick Inn and Riviera RV Park (phone: 785-798-5911) in Ness City. There is also a KOA located in Goodland. Whistle Stop RV and Antiques provides hookups near Walmart in Colby (phone: 785-460-6000) just outside the unit. Thomas County Fairgrounds in Colby also provides parking for RVs but no showers or restrooms (phone: 785-443-2844). Another private campground is High Plains Camping near the intersection of Interstate 70 and Highway 83. 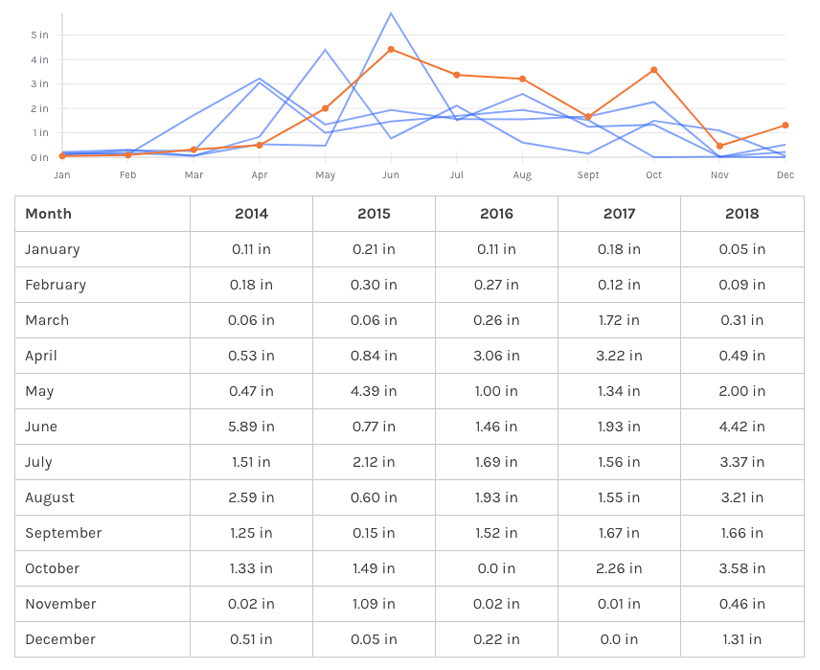 Species within this Unit

The open terrain in conducive to seeing bucks and makes stalking possible for patient hunters during the archery hunt. During the rut, which runs roughly from early November through early December, approaching bucks can be a bit easier as they’re often distracted by their search for does in heat. In mid-to-late September, bucks are fairly active in the early morning and late afternoon hours. Gain elevation and use quality binoculars and a spotting scope to find a big muley and assess the rack. Then use terrain and cover, crawling on all fours if necessary, to get within surefire shooting range. Naturally, carrying a highly accurate rifle is important. During the rifle season, big bucks sometimes separate themselves from does but will often move around hoping to find another doe in estrus. Cover a lot of country and glass thoroughly until you find a worthwhile target. Bucks often keep does in low-lying land that is not visible from main roads. 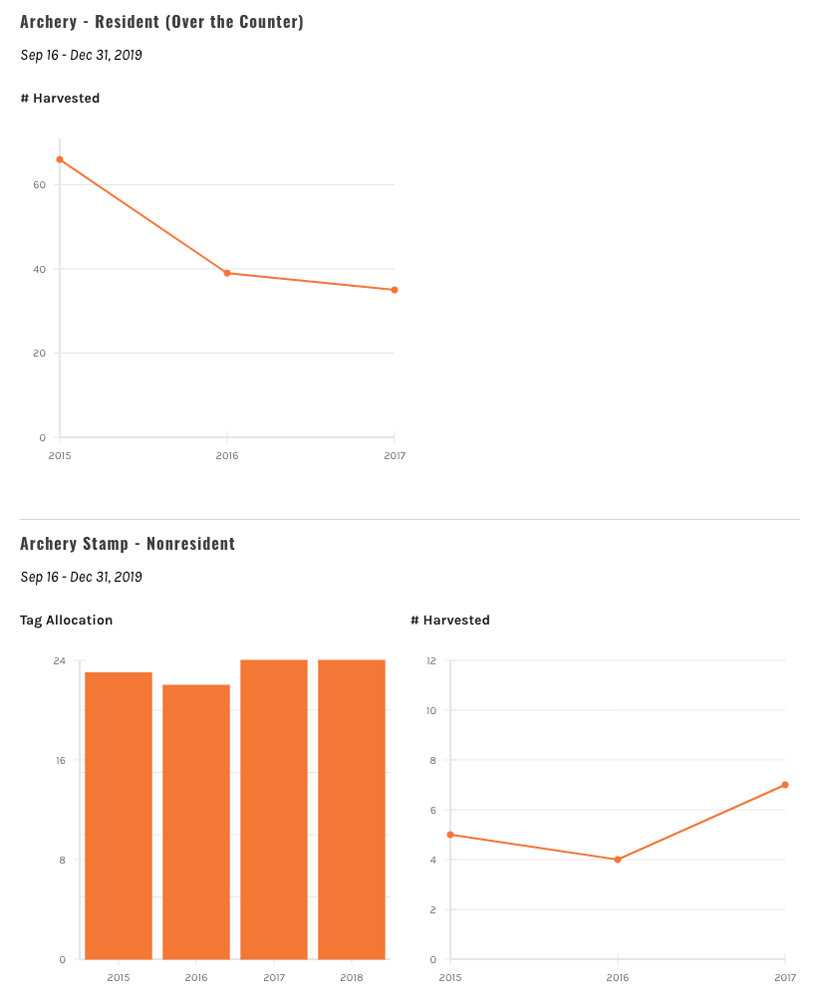 This unit isn’t ideal for whitetail, but there are patches of good habitat, mostly along rivers. Deer in this area are accustomed to hiding in small patches of brush or even thick yucca stands. To find bucks, look for patches of cover; most whitetails are found in brushy areas, cedar rows and wood lots full of saplings, marshes, plum thickets and overgrown Conservation Reserve Program fields. During the archery seasons, stand hunting in strips of timber and brush where deer are concentrated is productive, but the open terrain also lends itself to spotting from long range, then stalking bedded bucks. A good place for stand hunting is in a secluded corner of a field bordering cover on two sides. Use a stand designed to look like a hay bale or even place a box blind right in the field where deer usually feed. During rifle season, bowhunters must wear fluorescent orange. Bucks often wander into open fields and move around in Conservation Reserve Program fields during the muzzleloader hunt. Bucks are not usually rutting a lot during the rifle season and tend to be nocturnal. On dark, cold days they sometimes move along the edges of cover at first and last light. Stands can be productive at midday in patches of dense cover. 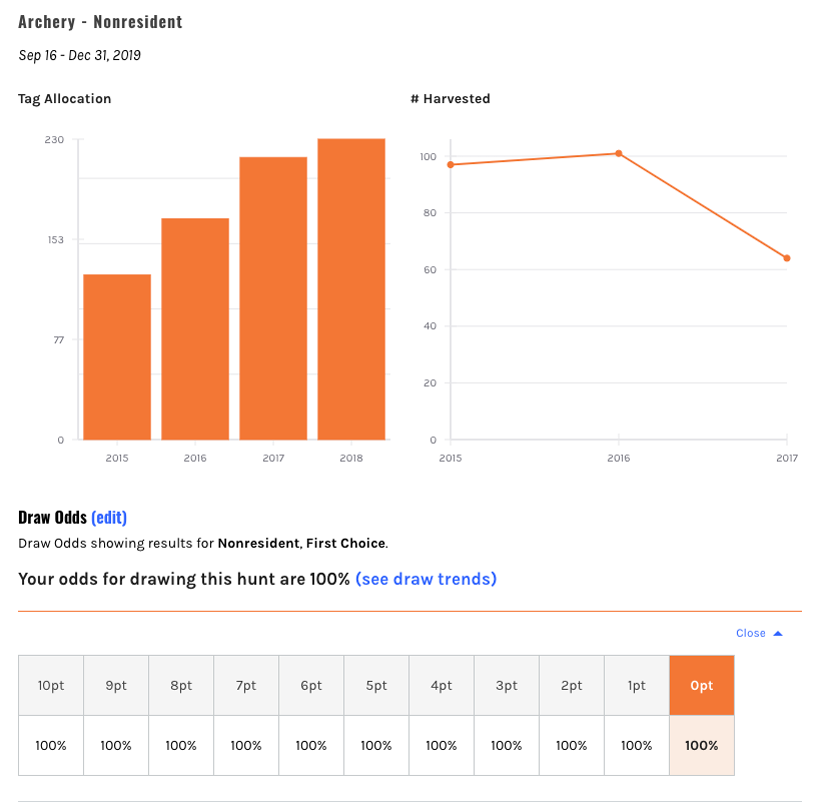 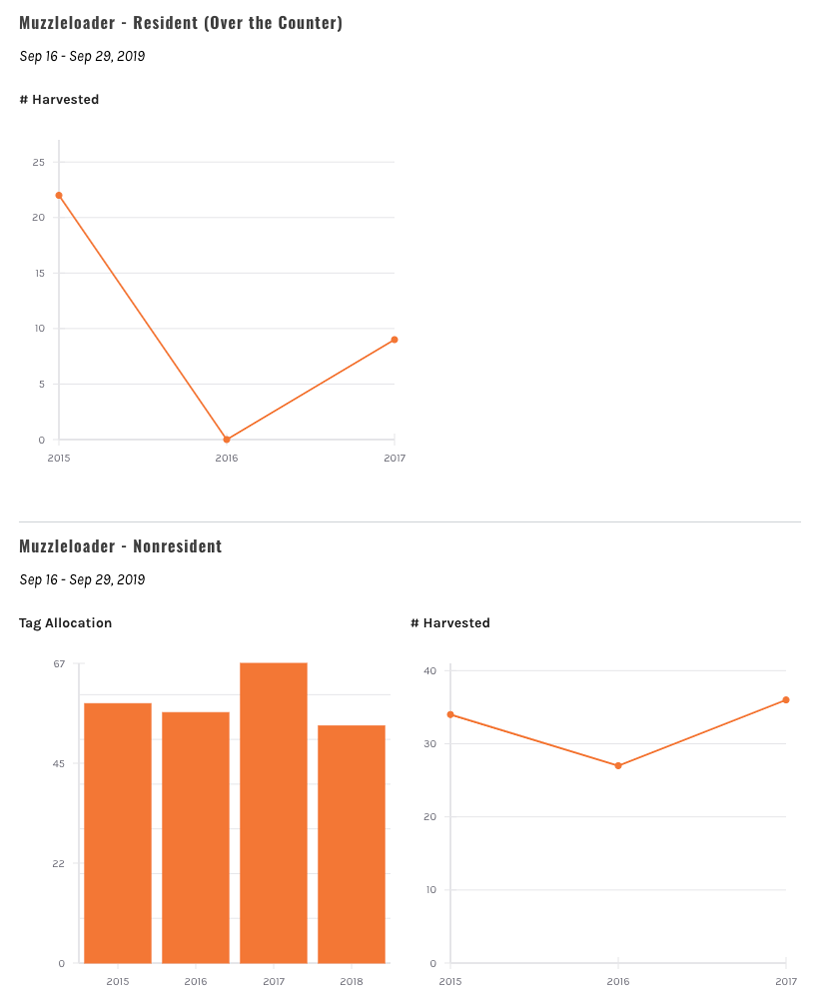