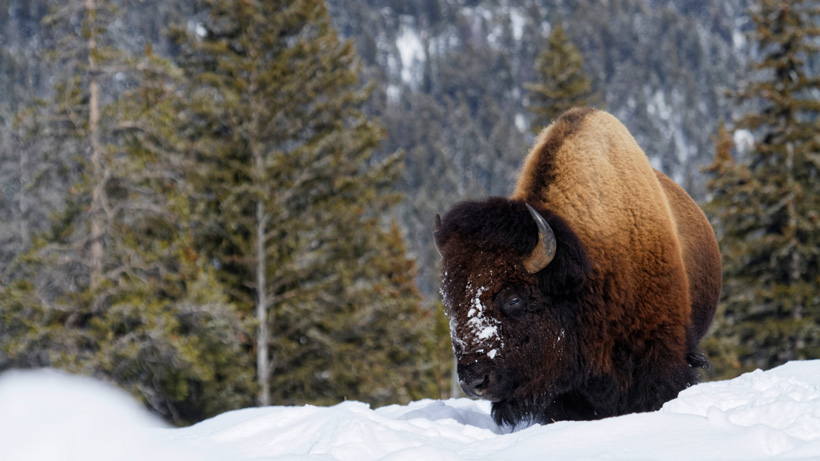 Last week, Yellowstone National Park announced the development of a new bison management plan, which will be the first time the plan has been changed in 20 years. The new plan will stress “the importance of bison hunts outside the park and the transfer of live bison to tribes,” according to the Associated Press. But first, the Environmental Quality Council must gather information from partners and stakeholders. From there, the park will study new research and studies “related to bison in the park…including one that examined the park’s vegetation and carrying capacity,” per Superintendent Cam Sholly.

There are currently three different options under consideration:

“We are working to ultimately reduce reliance on shipment to slaughter,” said Sholly.

Regardless, without a new plan in place, this year, the park will work to remove 600 to 900 bison via the controversial slaughter program as well as tribal and recreational hunting, according to the Associated Press. The current bison population is about 5,450 animals and, to date, only two bison have been killed by hunters. Montana issues 85 permits for nontribal hunters; eight tribes are permitted to hunt bison outside of Yellowstone’s borders under tribal regulations.

The new draft environmental impact statement should be available for public comment this fall with a final approved document in place by 2023, said Sholly.