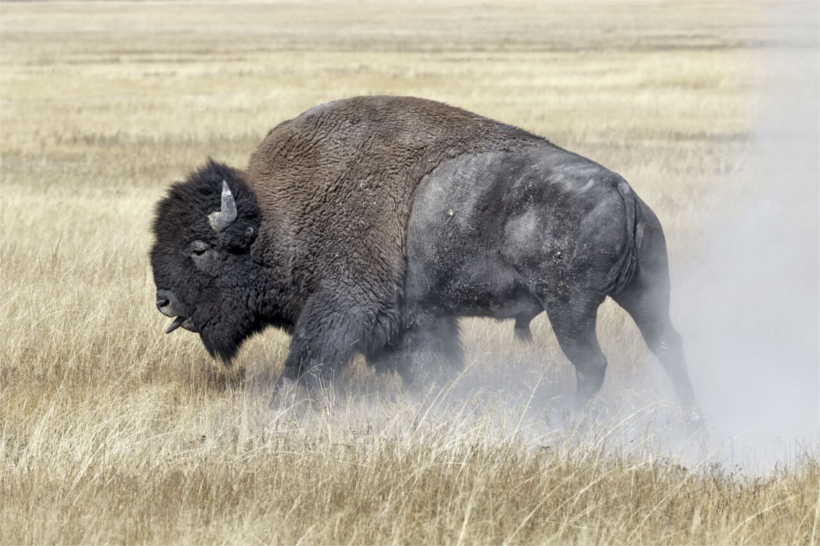 With the likelihood of another severe winter, Yellowstone National Park officials have proposed killing 1,000 wild bison to diminish the number of animals who migrate out of the Park and into Montana. The plan focuses primarily on eliminating calves and females from the wild herd to limit overall herd growth. This decision follows an agreement created in 2000 that permits the federal government to limit the number of wild bison that migrate in order to prevent the spread of brucellosis to domesticated livestock.

While this is a controversial decision, the initiative is supported not only by state and federal agencies, but American Indian tribes, too. With nearly 5,000 wild bison within the Park’s borders, Yellowstone is home to one of the largest wild bison herds in the world. Yet the wild bison only has a limited range to roam.

"Through the legal agreement the National Park Service has to do this," says Yellowstone spokeswoman Sandy Snell-Dobert. "If there was more tolerance north of the park in Montana for wildlife, particularly bison as well as other wildlife, to travel outside the park boundaries, it wouldn't be an issue."

Officials expect hunters and tribes with treaty rights within the Park to kill more than 300 animals this winter; others will be captured and slaughtered or used for research, according to the Associated Press. Last year’s cull removed a total of 737 animals, just shy of the recommended 900.