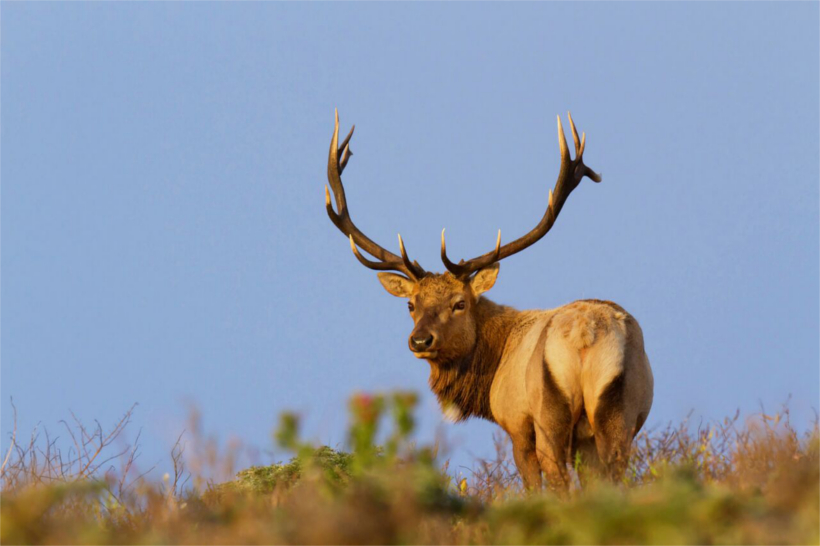 Elk are migrating out of Yellowstone National Park during the winter at a progressively increasing rate and scientists are trying to figure out why. While it was common for about one-third of the elk to travel north to in search of warmer temperatures and food, now nearly 80% of the elk migrate out of the park – a development that seems to be holding steady over the past few winters.

According to Karen Loveless, a Montana Fish, Wildlife and Parks (MFWP) wildlife biologist, “There’s a really distinctive trend, a pretty steady drift” of elk out of the north side of the park. She adds, “In 2000, 24 percent of the herd came out of the park. In 2013 it was 77 percent and there’s been a steady rise. I am not going to be surprised if it is more this year.”

The factors linked to this elk migration increase could be linked to a variety of reasons, which include better forage, less snow and possibly fewer predators since Yellowstone is a hot spot for large numbers of predators like grizzly bears, black bears, wolves, mountain lions and coyotes – all animals that prey on elk. Researchers are also hypothesizing that Montana’s reduction in bull elk hunting may be another factor as there is less hunting pressure on the elk outside of the northern boundaries of the park, which could also make cow elk “feel safer from hunters” if they migrate north, according to the Casper Star Tribune.

Yet Wyoming is also seeing a change in elk migration patterns, which seem to be linked to a desire to seek out land with fewer predators. The Wyoming Wildlife Initiative has found that some elk are abandoning historic migratory pathways in favor of staying in a “relatively predator-free environment outside the park” and using neighboring farm fields for food much to the chagrin of the farmers and ranchers, according to the Casper Star Tribune.

To better determine the number of elk actually residing within Yellowstone, Utah State University is conducting a two-year study called the 2015-17 “elk sightability study.” The study will determine if biologists are not counting all of the elk because of the condensed areas of the park, which may be limiting the number of elk seen during herd counting by biologists.

“The size of the herd, the large number of bison, the number of bears and wolves on the landscape, all of that is pressure to migrate,” says John Vore, MFWP’s Game Management Bureau Chief. “It’s a premier herd and that’s one more reason we have to pay attention to it.”