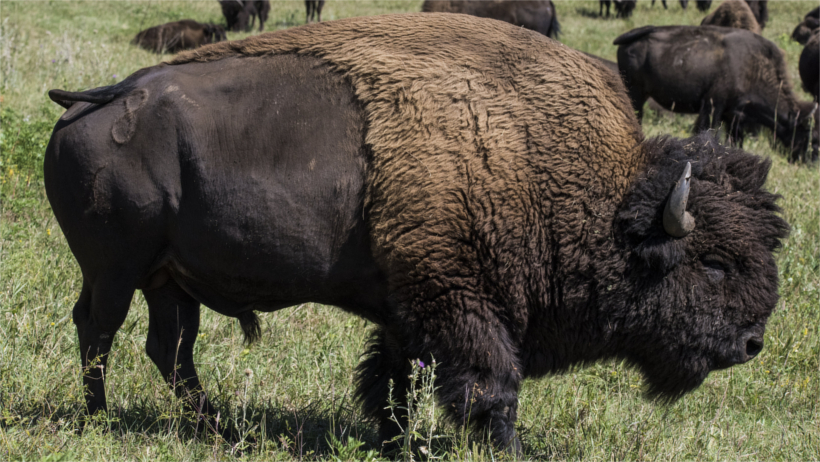 A total of 900 bison from the Yellowstone National Park (YPN) herd are to be removed in order to maintain a sustainable herd for the upcoming winter. Many of the animals will be eliminated from the area through hunting while others will be shipped to slaughter. While some may think the decision to cull hundreds of bison is unnecessary, the reality is that the current population is so large that park officials actually think more should be removed to keep the population stable.

“If you want to reduce the population significantly, you’re talking 1,200 or 1,300 bison,” YPN biologist PJ White told the Bozeman Daily Chronicle. Park officials estimate the current bison population at 5,500. In comparison, the 2000 Interagency Bison Management Plan (IBMP) calls for approximately 3,000 bison within YPN. Removing only 900 puts the Park beyond its capacity.

The IBMP was agreed upon by state, federal, and tribal officials and was put in place to keep bison away from livestock because of the bison’s exposure to brucellosis, which causes cattle to miscarry and could be detrimental to the livestock industry. The Bozeman Daily Chronicle reports that more than half of the YPN bison are brucellosis carriers; however, there has never been a documented case of the disease being transmitted from bison to cattle.

Regardless, there are too many bison to winter within the YPN and more action needs to take place. While trapping the excess animals for slaughter is a way to manage the herds, tribal leaders are not supportive because they hunt bison for sustenance.

“If we want trapping or culling, it’s going to infringe on treaty tribe hunting,” Quincy Ellenwood of the Nez Perce Tribe told the Bozeman Daily Chronicle.

Park officials say there will be plenty of bison to hunt because many will go through the trap, which is northwest of the town of Gardiner and west of the Yellowstone River. That doesn’t give tribal leaders a solid number, though, which is frustrating; especially with the unknown variable of how many bison will migrate away from the area where hunting is allowed.

Jeremy Wolf, an official with the Confederated Tribes of the Umatilla Indian Reservation, says that he “wants the park to be more specific about how many bison will be allowed to migrate past the trap” and adds, “It’s obviously not 100 percent, so what is it?”

But park officials don’t have a concrete number and likely won’t because there’s isn’t an unlimited of bison who will funnel through the trap, regardless of whether or not they allow a specific number through. It’s a wait and see kind of determination -- one that depends on how many bison decide to migrate that way in the first place.