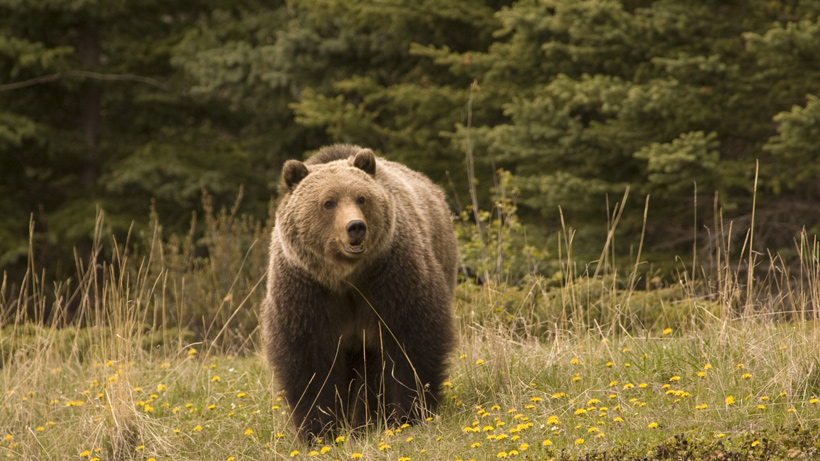 With Wyoming and Idaho gearing up for the first grizzly bear hunt in 44 years, Yellowstone-area grizzlies are under considerable scrutiny, which makes this latest news significant. So far this year, 33 grizzly bears have either been found dead or “deemed ‘probable’ deaths” according to the online database maintained by the Interagency Grizzly Bear Study Team. However, while the latest news is fairly alarming, scientists and managers say that they “need more data to judge the mortality’s significance,” the Jackson Hole News & Guide reports.

“The season where everything is usually determined in terms of grizzly bear mortality is still coming up,” federal grizzly scientist Frank van Manen told the Jackson Hole News & Guide. “Basically, the deciding weeks will be in late September or early October. It really depends on how we fare through those weeks.”

Van Manen is alluding to the upcoming fall hunting season where grizzly bears are sometimes shot either because they are mistaken for black bears by hunters or in self-defense. In fact, roughly 10 grizzlies are killed each year because of these two reasons, according to the Jackson Hole News & Guide. Of course, this fall, as long as pending lawsuits aimed at restoring federal protections to the grizzly bears don’t cancel the scheduled hunting season, hunters will take to the field in hopes of meeting the harvest quota of 23 grizzlies (between both Wyoming and Idaho).

And, while a total of 33 dead grizzly bears may seem high, of the 33 found or suspected dead, biologists say that only 28 of those mortalities happened in 2018. According to the Jackson Hole News & Guide, 14 of the bears that died in 2018 were euthanized due to livestock conflicts. Five mortalities were believed to have occurred in 2017 and another – an adult male grizzly – in 2016. A sharp decline in grizzly bear population is important, but, right now, Wyoming Game and Fish Department Head Carnivore Biologist Dan Thompson says, “it’s premature to pass judgment on the significance of 2018 deaths for the region’s grizzly population.”

However, the number of grizzly bears within the area could still affect the grizzly bear hunting quota. This is because when Wyoming, Montana, and Idaho obtained management of grizzly bears from the federal government, they were required to “sign off on a plan” that “imposed limits on hunting based on the population size, predetermined ‘mortality thresholds’ and the numbers of males, females, and cubs that died the previous year,” according to the Jackson Hole News & Guide.

Because the number of grizzly bear deaths in 2018 is higher than prior years Thompson says it “is going to impact the potential hunt for the following year.”