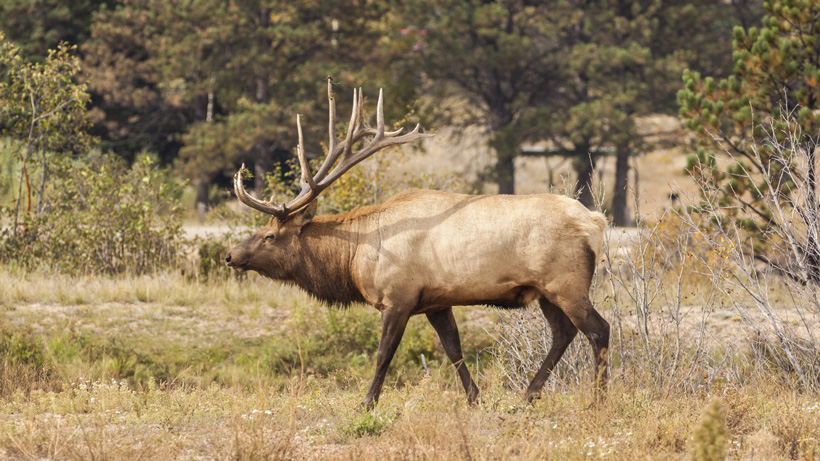 Last August, a bull elk was illegally killed near the Pearson Ranch in Lincoln County, Nevada. The head was removed and the rest of the animal was left to rot. While the landowner did have trail camera footage of the crime scene, most of the photos were too grainy or washed out to determine who the culprit of the crime was. Fortunately, game wardens with the Nevada Department of Wildlife (NDOW) had a few tricks up their sleeves. Following a yearlong investigation, NDOW game wardens finally have their man.

Zackry Holdaway of Cedar City, Utah, was arrested on Saturday by Utah Division of Wildlife Resources officers. He’s charged with felony big game poaching, possession of an illegally killed big game animal, trespassing, using a spotlight to shoot an animal, and wanton waste of a game animal, according to an NDOW press release. Holdaway is currently out on bail after paying $10,500.

“We tracked down this suspect with very little information. Our investigators used several investigative tools and put in extraordinary effort to solve the case with very little to go on,” says Chief Game Warden Tyler Turnipseed. “This is an egregious waste of Nevada’s wildlife, and we are proud of our commitment to catching the person responsible.”

A court date has not yet been released. If you’re interested in listening to a detailed account of the case, check out NevadaGameWarden.org on Aug. 12 for a podcast. While Turnipseed notes that, “All suspects are innocent until proven guilty," he adds that NDOW officers are looking forward “to outlining our findings in court.”