Wyoming works to decrease deer-vehicle collisions on I-25 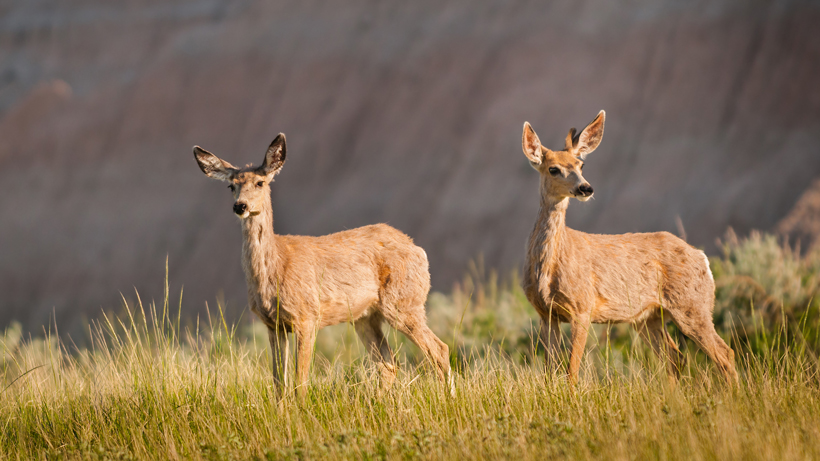 Fencing and underpasses are coming to Interstate 25 in Wyoming. The Wyoming Game and Fish Department (WGFD) and Wyoming Department of Transportation (WYDOT) are working together on an 18-mile portion of the busy interstate between Kaycee and Buffalo where the “second highest rate of vehicle-deer collisions” occur in the state, according to the Oil City News.

The project, which will improve wildlife crossing for mule deer primarily from the Upper Powder River herd and the Pumpkin Buttes herd, will be funded by several donations and grants, including a $100,000 donation from the Knoblock Family Foundation, a $125,000 grant from Bass Pro Shops and Cabela’s Outdoor Fund and another $1,600 from Wyoming artist Jenny Reeves-Johnson.

WGFD and WYDOT presented an interactive map that showed “priority areas where wildlife collisions are a common problem” during the Wyoming Game and Fish Commission last week. One of the main issues with the targeted 18-mile stretch of I-25 is the “late season green up on mowed shoulders of road [that] attract deer.” Fencing and underpasses should help decrease the number of collisions in the area.

“We do many projects for Wyoming’s wildlife, and rarely do we do it by ourselves,” said Pete Dube, president of the game and fish commission. “These outstanding collaborations all add up with our partners for these accomplishments. This wildlife crossing effort is an initiative where everyone can get on board.”

According to WGFD, 85% of the vehicle-wildlife collisions in the state are attributed to mule deer and about 4% of the mule deer population is killed this way every year.

“Annually, there are an average of 6,000 vehicle collisions with big game in Wyoming, resulting in $20-23 million in wildlife costs and $24-29 million in personal injury costs,” said WGFD. “Game and Fish, as well as the Wyoming Department of Transportation and various wildlife and community groups, want to reduce those numbers by taking action to give wildlife the green light for safe passage.”