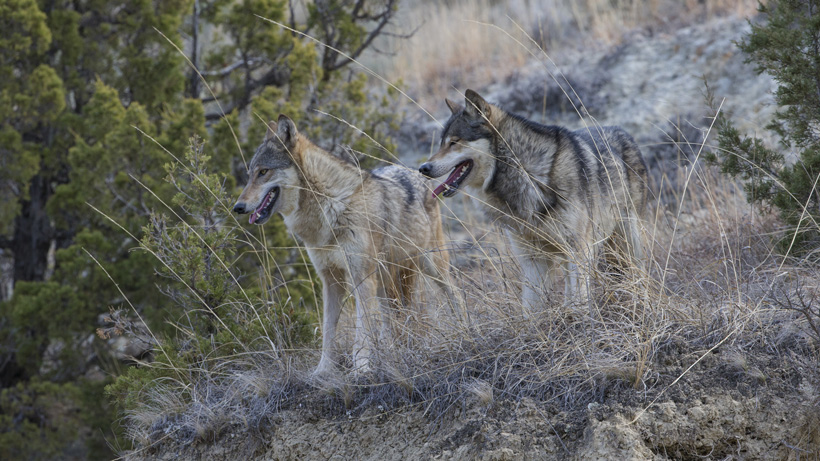 Wolf season opened last weekend in Wyoming and hunters were ready, harvesting a dozen wolves within the first 40 hours of the three-month season, the Jackson Hole News & Guide reports. This is the first wolf season since 2014 when a federal judge ruled against the state’s wolf management plan. However, in March, the U.S. Court of Appeals announced that federal protections were over for Wyoming’s gray wolves, which paved the way for state management and a future wolf hunt.

Ken Mills, Wyoming Game and Fish Department’s carnivore manager, believes hunters were so successful early on in the season based upon a few key factors, in particular, the fact that the wolves currently roaming the state are not fearful of humans.

Mills also attributes hunter success to colder weather pushing more hunters into the field and timing – the opener fell on a weekend rather than mid-week. Some game management units have already met their wolf quotas like the Upper Green River country, closing them to hunters. Others are still open, including Wyoming’s “trophy game management area,” which allows 44 wolves to be harvested.