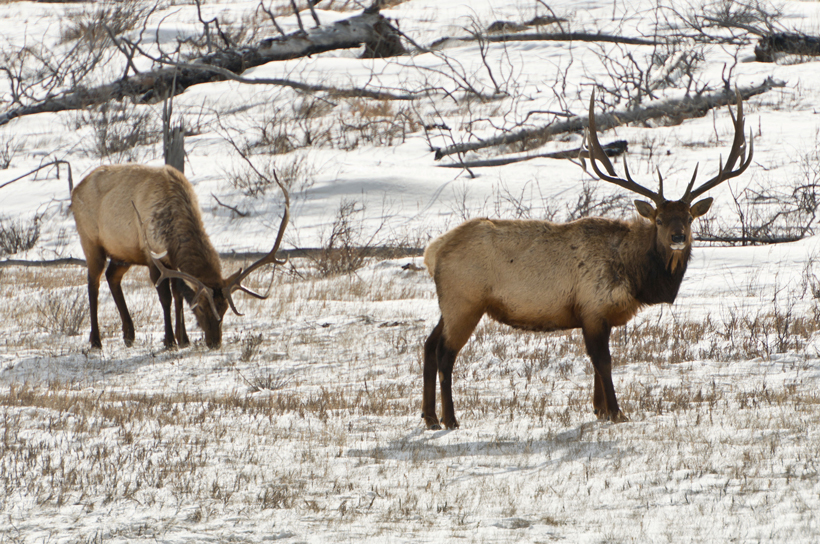 Nearly 40 elk have been killed illegally over the last two years and, while several of the poaching incidents remain unsolved, many can be linked back to the Crow Tribe in Montana. Wyoming officials say that this is not an isolated case, but one that has been developing for more than a century.

Crow Nation members have crossed from the Crow Indian Reservation into Wyoming to hunt elk for decades, citing an 1868 treaty with the U.S. government that gives them permission to hunt on their native lands. Based upon this treaty, Crow members believe that hunting on Wyoming public land is not illegal and that elk harvested are not poached.

“We believe that our ancestral lands are areas we can still hunt according to the treaty,” says Conrad “C.J.” Stewart, chairman of the Natural Resources Committee of the Crow Nation legislative branch.

But the Wyoming Game and Fish Department (WGF) does not agree. According to a decision by the U.S. Supreme Court over 30 years ago, in the case Ward v. Race Horse, once Wyoming became a state, tribal hunting rights outside of the reservation ended.

“The main ground for the Ward court’s decision was that statehood and the tribal right to hunt unregulated by the state are essentially irreconcilable,” says Debra Donahue, a law professor at the University of Wyoming specializing in Indian and public land law. “If tribal members wanted to hunt they would have to hunt under state law.”

Wyoming has followed these guidelines since, citing Crow members for poaching if they are found killing animals within Wyoming’s borders, despite a resolution adopted in May 2013 by the Crow Tribal Legislature. The resolution was created in result of another decision by the Supreme Court that ruled tribal off-reservation hunting is not incompatible with state jurisdiction. The resolution informs Wyoming, Montana and South Dakota that Crow members will exercise off-reservation hunting privileges.

According to WGF Chief Game Warden Brian Nesvik, Wyoming plans to stick with the Supreme Court’s original decision, adding, “Wyoming law applies in Wyoming as it relates to wildlife laws and there is no tribal right outside of the reservation. They have full authority to manage wildlife on the reservation.”

WGF says that tribal members who come into Wyoming and kill elk without a license or out of season are as guilty as anyone else doing the same thing, adding that it makes it more difficult to maintain an accurate count of elk within the state.

With another case heading to court where a Crow member pleads not-guilty to two citations for killing antlered game in January 2014, it is possible that another decision could null what is already in place. Until then, WGF will continue to investigate illegally killed wildlife and charge those responsible with poaching.