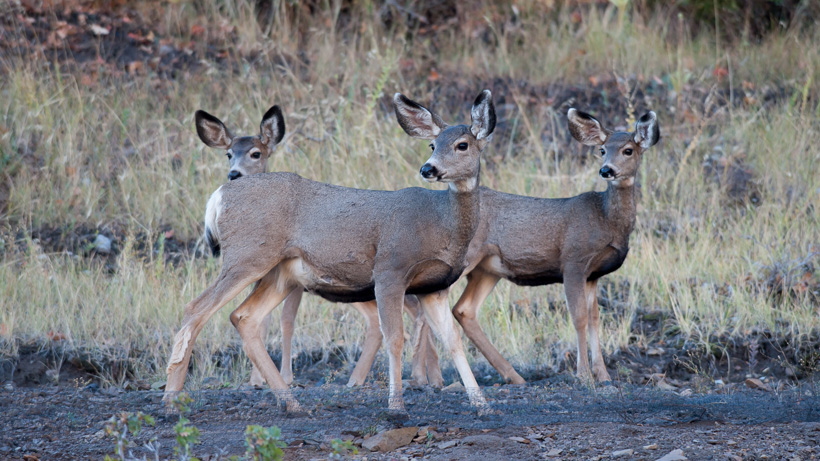 The Wyoming Game and Fish Department (WGFD) recently found that there was an 11% prevalence rate of chronic wasting disease (CWD) in adult mule deer bucks in the Power River herd. This is the first time that CWD was studied in this particular herd, which spans Area 17, 18, 23 and 26 in Wyoming, the Billings Gazette reports. Samples were collected during the 2019 hunting season and, while there was some variance, the rate was “higher than expected but still well below rates found in southeast Wyoming” where CWD has been widespread for years, said Sheridan Region Wildlife Coordinator Dan Thiele.

The state has monitored the spread of CWD since 1997, but the 2019 sampling was part of a new strategy that targets “specific deer and elk herds in the state on a rotational basis,” according to the Billings Gazette. Based on this new sampling regime, WGFD will closely monitor one herd per region, collecting “as many samples as possible” from deer and elk harvested during the hunting season in these specific herds. Because the Powder River herd hasn’t had any much sampling, it was one of the first herds targeted using this new approach.

According to the Billings Gazette, sampling includes mule deer and whitetail bucks and does, with the majority of samples taken from bucks. Further, WGFD wants to collect a minimum of 200 samples for each herd – a goal that was exceeded by 93 extra adult buck mule deer samples in the Powder River herd. Based upon the results of each sampled hunt area, the prevalence rate in adult mule deer bucks and whitetail deer was highest in Area 23 and 26 and lowest in Area 17.

Additionally, out of the samples provided, 83 were elk, which tested positive at a prevalence rate of 4%.

“We appreciate the help of hunters, landowners and outfitters in collecting these samples,” said Thiele. “We had great cooperation from hunters allowing samples to be collected from their animal when approached by Game and Fish personnel in the field, at a check station or at meat processing plants, and we had many hunters bring their animal into the regional office for testing. This great voluntary cooperation allowed us to surpass our goal of 200 samples. And the more samples we get, the more confidence we can have in our prevalence estimates.”