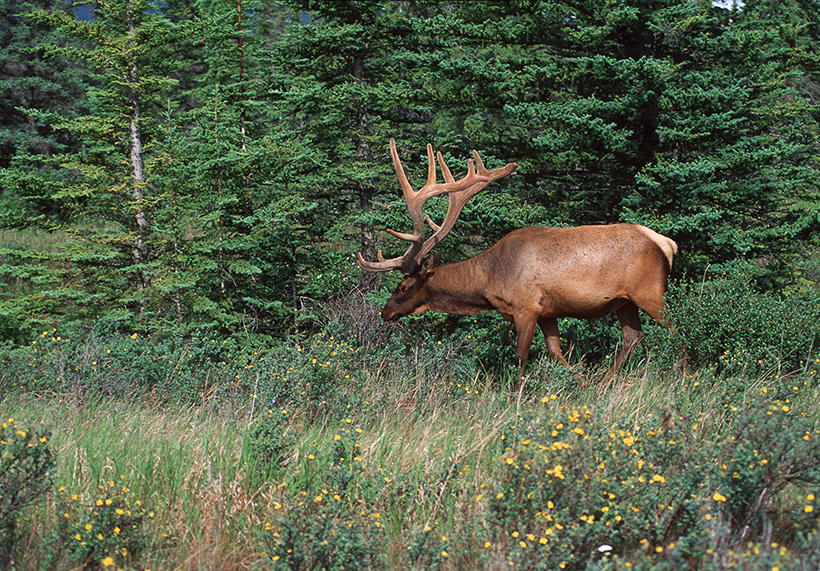 A Wyoming legislative committee is preparing to consider two bills that would strengthen state poaching laws and crack down on poaching crimes, reports a Wyoming news site.

The Joint Travel, Recreation, Wildlife and Cultural Resources Interim Committee will meet this week to debate whether to sponsor the bills for next year’s legislative session.

The proposal is backed by the Wyoming Game Wardens Association.

The second bill would help strengthen the state’s ability to collect monetary restitution for poaching crimes.

Wyoming state law currently stipulates that a person is required to “make restitution to the state for the economic value” of illegally taken wildlife. Lawmakers say that this bill would clarify the law further so that judges could specify the fines based on the economic value of the poached animal. This number would be determined by a formula that incorporates what a license would have cost for the poached animal, the state’s cost of managing the animal as well as other factors.

For example, the state maintains that the recommended restitution value of a taken mule deer at $4,000 and an elk at $6,000.

Up until this point, Wyoming has relied on federal poaching laws. This has meant that the state has to also depend on the federal government to prosecute these types of crimes.

Proponents argue that the proposed state statutes would help Wyoming authorities crack down on poachers and those who are involved in the crimes.

Senator Bruce Burns, R-Sheridan, co-chairman of the interim committee, has said that a change in state poaching laws is long overdue.

“If we can’t catch the poacher himself and the animal was taken illegally, I don’t know why people down the line should be benefiting from a crime,” said Burns.

Since the state of Wyoming is the economically injured party, it makes sense for it to have the power to better prosecute violators.

“So if somebody poaches a particular area of wildlife it reduces the amount of wildlife Game and Fish can allow to be hunted by more legitimate hunters, so there is an economic consequence to the state by poachers,” added Burns (via Wyoming Public Media).

Ultimately, these bills would just be making state wildlife laws consistent with other criminal statutes.

“Right now, if someone steals something like jewelry and a person is caught fencing the stolen jewelry, they are breaking a criminal law,” Burns said. “This would be just doing the same with wildlife.”

Others, however, are more cautious of the bills. Rep. Kathy Davison, R-Kemmerer, who also co-chairs the committee, said she needs to hear more before she makes her decision on the bills.

She maintains that the state’s current laws are working. But she added there could be room for some improvement.

“According to Game and Fish, there are some clauses we can consider that would make it work a bit better,” she said. “But we will have to hear more about that during the meeting.”

Wyoming joins a long list of other states who have beefed up poaching laws.

In Pennsylvania, while poaching is considered a summary offense with no chance of imprisonment, lawmakers are actively pursuing stricter penalties and fines.

West Virginia has lower fines but imposes stiff jail terms for poaching offenses. A third offense gets you a felony conviction, with up to a $10,000 fine, one to five years in prison and a lifetime hunting license revocation.

Ohio intensified its laws to include restitution values based on true-market value, fines and revocation of hunting licenses not only in Ohio, but also in neighboring states.

In Minnesota, the Department of Natural Resources is permitted to confiscate a poacher’s hunting and fishing licenses as well as his boat and gear as soon as the value of the poached animal reaches $500.