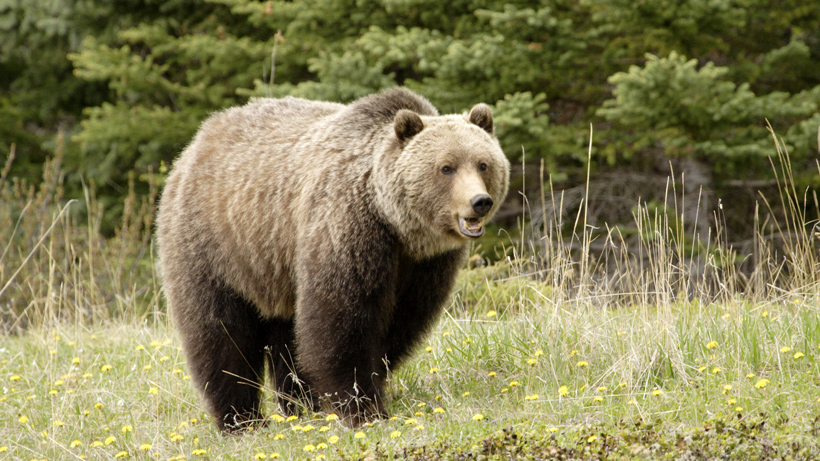 Regulations were discussed for the first Wyoming grizzly bear hunt in over 40 years this week. On Tuesday, the Wyoming Game and Fish Department (WGFD) held a season-setting meeting in Cody that officials anticipated would be well attended; however, only “about 40 chairs were filled,” the Powell Tribune reports.

During the evening, attendees discussed the upcoming grizzly hunt, which has spurred several lawsuits aimed at restoring protections to the animals similar to the Great Lakes wolves. While controversial, those in attendance were more concerned with the licensing process than the pending litigation that could force the state to cancel the hunt. One of the main worries that Park County Commissioner Lee Livingston sees with the proposed regulations is that “opponents of the hunt will flood the application process” because the application fees are inexpensive.

“One thing we’re very concerned about is the potential for hijacking these licenses — especially with a $5 application fee for residents and $15 for non-residents,” said Livingston during the meeting.

While it’s cheap to apply, licenses will be full cost: $600 for residents and $6,000 for nonresidents. Similar attempts to thwart controversial hunts have been successful when opponents apply for the licenses and hold up the hunt by delaying actually purchasing a license until the time is running out for the season.

However, Large Carnivore Section Supervisor Dan Thompson said the cheaper application fee was to keep the hunt accessible to the general public, and said, “We’re trying to remain open to anyone that wants to put in [for a license] can.”

Others were upset with the required GPS device hunters would have to carry despite the fact that Thompson says they won’t be tracked and the location of the bear kill will not be public knowledge. No one had issues with the required grizzly bear hunting safety course.

Wyoming’s first grizzly bear hunt will occur in seven hunt areas – six inside the demographic monitoring area (DMA). The hunt will run Sept. 15 until Nov. 15 or until two sows are taken in the DMA. Once that occurs, the season is over. Sows with dependent cubs as well as roadside bears are not to be killed, KULR8.com reports.

As goHUNT previously reported, Wyoming is the only state to move forward with a grizzly hunt in 2018. Montana has decided to wait to hold a hunt to prove that the state supports current recovery efforts. WGFD will take comments regarding the regulations through April 30.