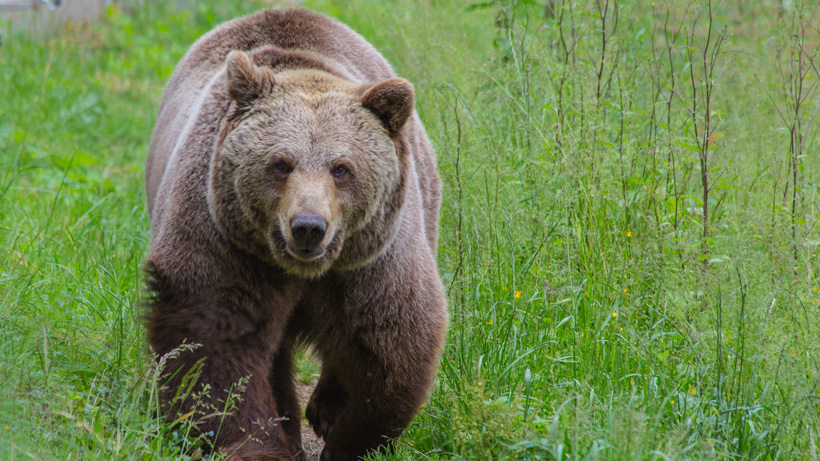 Hiking alone in grizzly country is not an activity to take lightly – even if you think you’re prepared. Spencer Smith of Cody, Wyoming, is lucky to be alive following a grizzly bear attack last Friday while shed hunting in the East Painter Creek Drainage in Sunlight Basin.

“This appears to be a surprise encounter that occurred at close range,” said Dan Smith, Cody Regional supervisor. “The bear was likely behaving in a defensive manner resulting from an unexpected, close encounter.”

According to the investigation, which was completed by the Wyoming Game and Fish Department this week (WGFD), Smith was likely attacked by a male based upon tracks found near the location of the encounter. Further discovery found a daybed in “heavy cover approximately 30 yards from the site of the attack.” Officials believe that Smith, who was shed hunting alone in “steep, moderately heavy timber,” surprised the bear and only survived the encounter when the bear bit his bear spray “holstered on his hip,” which ruptured the canister and resulted in the bear ending the attack and fleeing, according to WGFD.

Fortunately, Smith was able to walk about 1.5 miles to his ATV where area game warden Chris Queen was able to help him. Smith was flown via helicopter to a local hospital for treatment. Because of the type of encounter and “inability to identify the individual bear” responsible, WGFD will keep the area open and has no plans to lethally remove any bears at this time.

“This is a very traumatic experience for a person to go through,” said Dan Smith. “We wish Spencer the very best for a full and speedy recovery.”