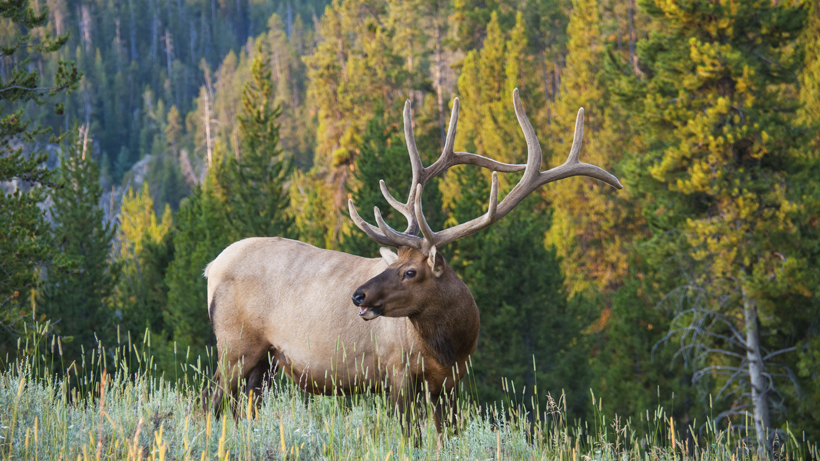 Unfortunately, chronic wasting disease (CWD) continues to impact mule deer, moose and elk across the West, resulting in “special” hunts to combat its spread and states looking for solutions to keep the fatal disease under control. Wyoming recently passed a new regulation that would “mandate that harvested deer, elk and moose in certain hunt areas be tested for CWD,” according to the Wyoming Game and Fish Department (WGFD).

“We continue to ask hunters in certain hunt areas to have their animal tested. This is voluntary, but there will be an enhanced push to get samples from deer, elk and moose,” said Scott Edberg, deputy chief of the Wildlife Division, in a press release. “This year, our goal is to collect good CWD prevalence data for a regional research study evaluating deer management and CWD outcomes across the West.”

CWD was first confirmed in Wyoming nearly three decades ago. In 2016, the fatal disease was confirmed in supplemental elk feeding stations near Jackson Hole and, in 2017, other recent cases were discovered near the Pinedale Airport and in Star Valley.

“There is no proven way to get rid of CWD once it is firmly established, but we believe we may learn more about how to slow its spread or lower prevalence through adaptive management,” said WGFD Wildlife Veterinarian Mary Wood.

Along with the new regulation, Wyoming is also participating in a project that develops recommendations “for strategies that states can use to potentially slow the spread and reduce pthe revalence of CWD” and a study that looks at whether hunting actually helps curb the spread of CWD in deer populations, according to the agency. Through mandatory testing, WGFD plans to gather enough samples to learn more about the disease and, hopefully, keep it from spreading further.