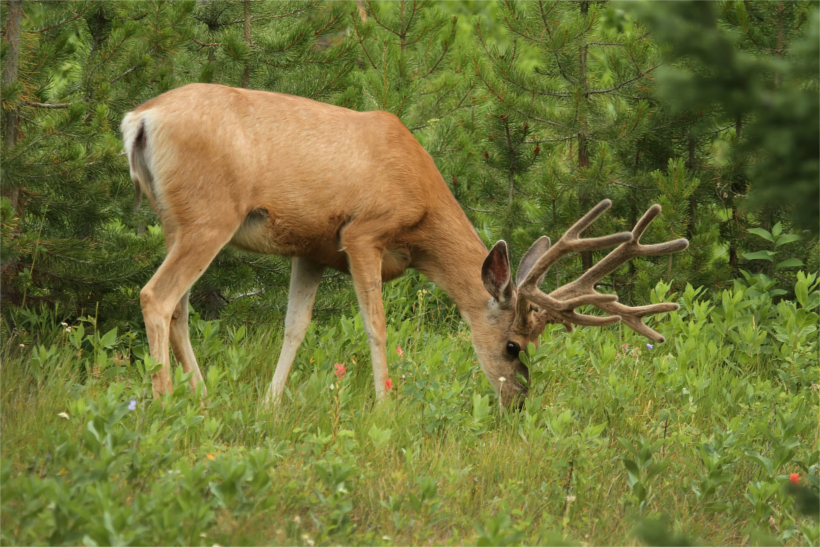 Scientists involved with a multi-year study to understand why there is a steady decline in the Rock Springs mule deer are embracing the cold weather in southern Wyoming, using the brisk conditions to find the animals. So far, researchers have collared 18 deer, but want to collar at least 50 deer.

“You know, with no winds like this, and fresh snow, that's really good for helping locate animals,” Wyoming Game and Fish (WGF) biologist Patrick Burke told Wyoming Public Radio (WPR). Burke is among several scientists using helicopters to capture deer in order to put GPS collars on the animals.

By collaring the deer, researchers hope to understand what is happening to fawn survival and overall mortality of the deer within the Rock Springs herd. According to Keith Monteith, a professor at the University of Wyoming, there have been countless projects over the years aimed at boosting the herd without any success, which is why the current study is essential.

“Really, over the past couple decades we've pumped over $4 million into habitat treatments and other sorts of efforts to help bolster that mule deer population,” says Monteith, “but with seemingly no benefit.”

Figuring out where these deer migrate to during the winter is one of the questions researchers hope to solve through the tracking collars. Yet, the addition of manmade obstacles like highways, fences and residential sprawl within migration routes may also be part of the answer to the deer decline.

“When a migrating animal runs into a development or human activity,” says Matt Kauffman, director of the Wyoming Migration Initiative. “What we're finding is that they speed up, they stop over less to feed and in some cases, they detour around developed portions of their route.” Kauffman adds that less habitat for food and foraging usually means smaller herds.

WGF is taking action to help protect these migration routes, creating stricter protections, particularly aimed at oil and gas well pads as well as residential and commercial development. But it will take time for these changes to sync with nature and economic development is a necessity for state revenue. It will be interesting to see what the results of the multi-year study will discover and how the longevity of the Rock Springs herd will play out.